Amongst Abraham-Louis Breguet’s many game-changing creations, the tourbillon is probably his most technically erudite. Breguet originally invented the tourbillon to counter the effects of gravity on regulating mechanisms inside pocket watches. However, the complication has taken on a life of its own in modern watchmaking, its purpose and influence extending far beyond just timekeeping functionality. The technical skills and experience required to construction a tourbillon, as well as the mechanical poetry it invokes has elevated the tourbillon into something more akin to a badge of honour, one that coveted in equal measure by watchmakers and watch collectors.

Given so, it is only appropriate that the name Breguet is synonymous with the tourbillon. But even more pertinently, it is befitting that the brand that invented the mechanism has remained renowned today for constantly finding new ways to express its beauty and complexity. Demonstrating this in no uncertain terms is the new Classique Double Tourbillon 5345 Quai De L’Horloge, an exquisite and ornate take on the tourbillon that demands the best from Breguet’s watchmakers and artisans. 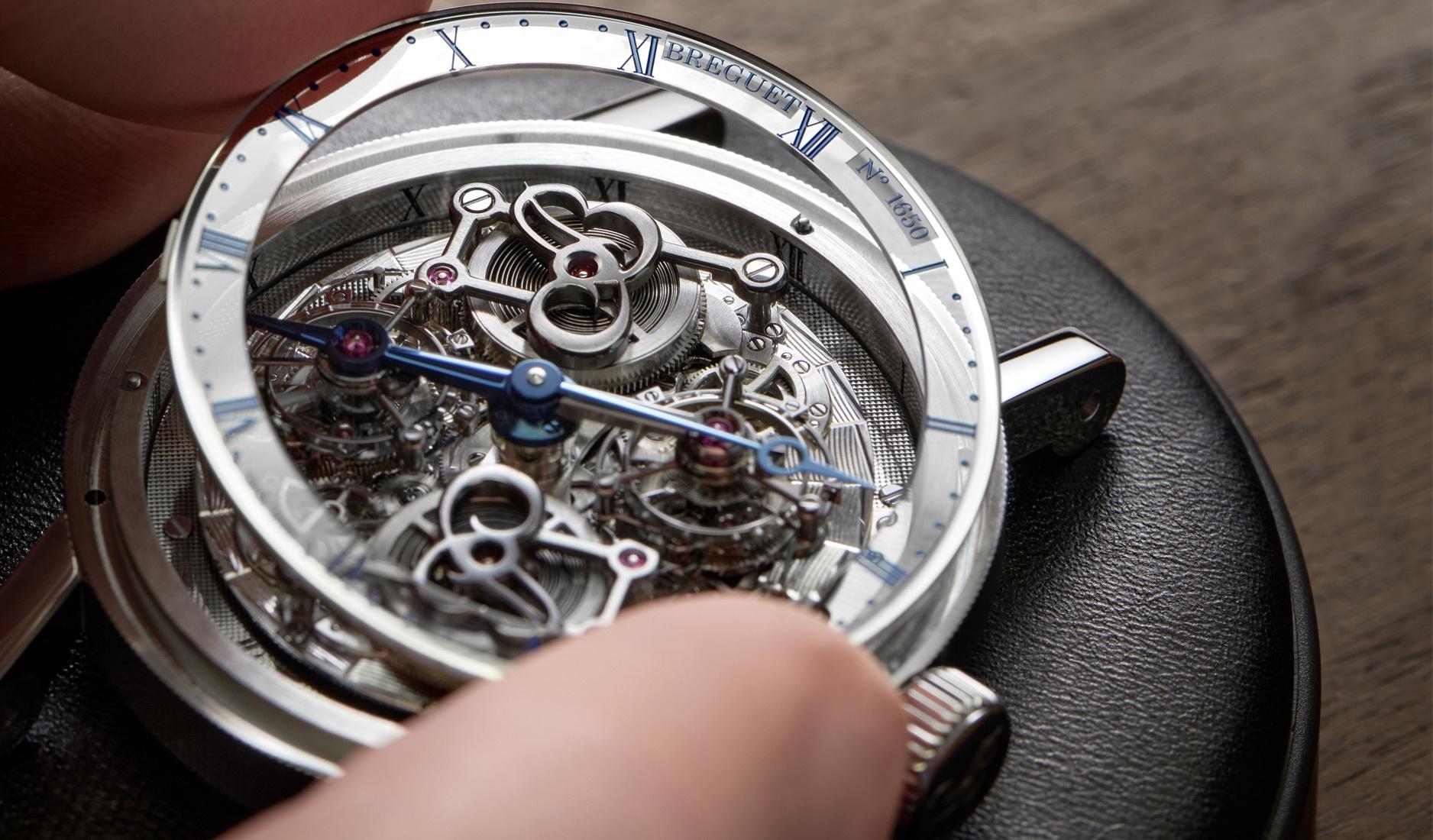 The watch is built on the Calibre 588N, a hand-wound engine that debuted in 2006. As the name infers, the movement comprises two tourbillons. Although each tourbillon operates independently of the other, driven by its own power source, both tourbillons are engineered to work in tandem. This is done courtesy of two separate set of gears connecting each tourbillon to a central differential system, which helps average out the differences of speed and rate regularity of the two complications.

This mechanical masterstroke offers two benefits. One, by correcting and compensating the differences between the two tourbillons, the differential mechanism contributes to greater timekeeping precision. And two, the mechanical architecture of the system (Breguet calls it ‘double-entry system’) allows for a mobile mainplate that makes one full rotation every 12 hours. This in turn enables the watchmakers to fix an hour hand atop the plate, which further enlivens the movement’s visual spectacle while performing the vital task of time-telling. 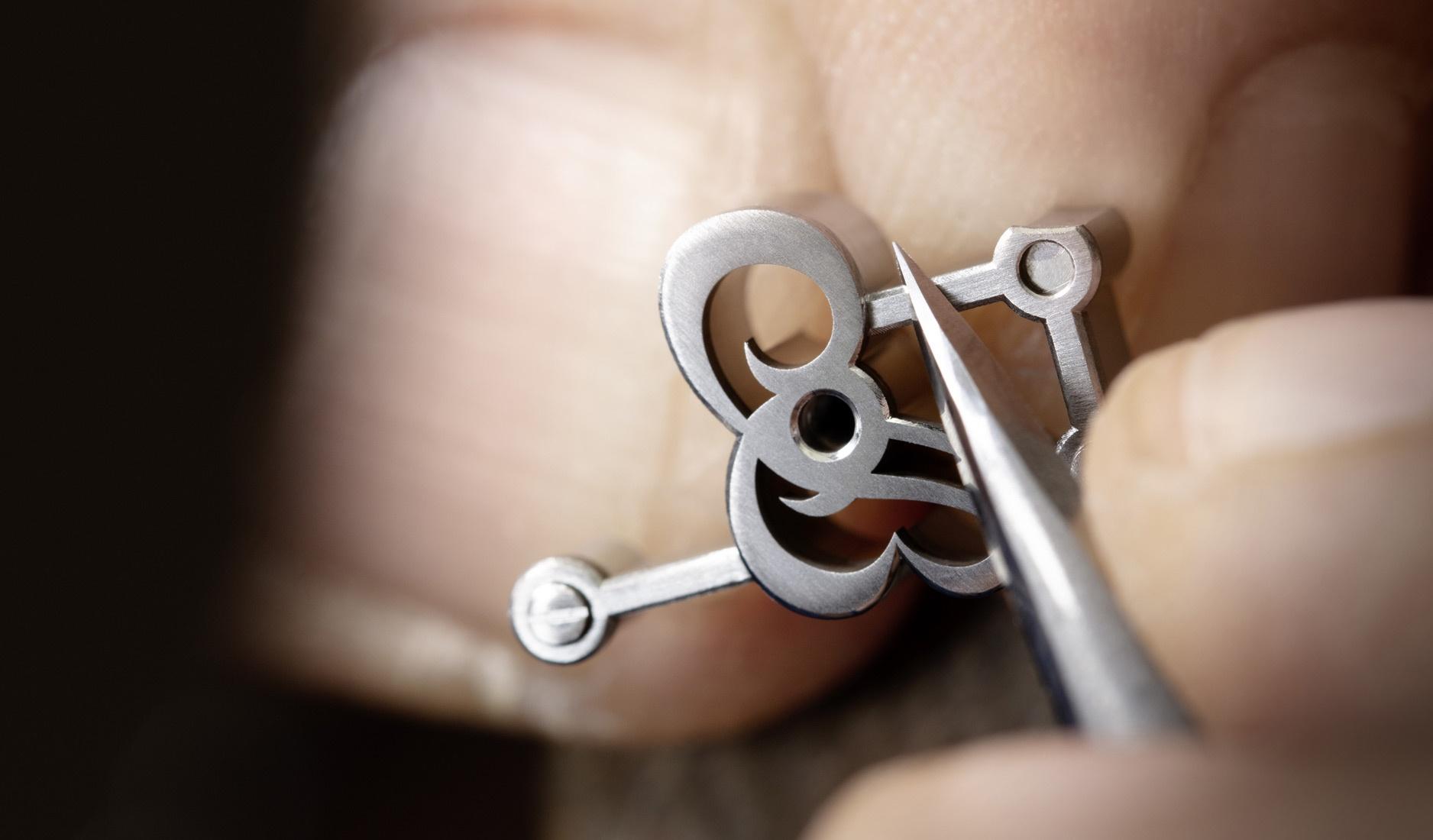 Breguet calls the movement one of the most complex the company has ever developed. As such, it is certainly not shy to parade its inner workings for all to see, evinced by the Classique Double Tourbillon 5345 Quai De L’Horloge. Allowing you full access to the movement, its openworked dial displays a mind-blowing scene of beautifully craved bridges, and gears and wheels that have been straight-grained, chamfered or satin-brushed by hand, with the rotating tourbillons taking pride of place. Augmenting the show are decorative flourishes that include cursive ‘B’-shaped barrel bridges, an engine-turned bottom gold plate, blued-steel hands and hand-engraved Roman numerals on a sapphire chapter ring. 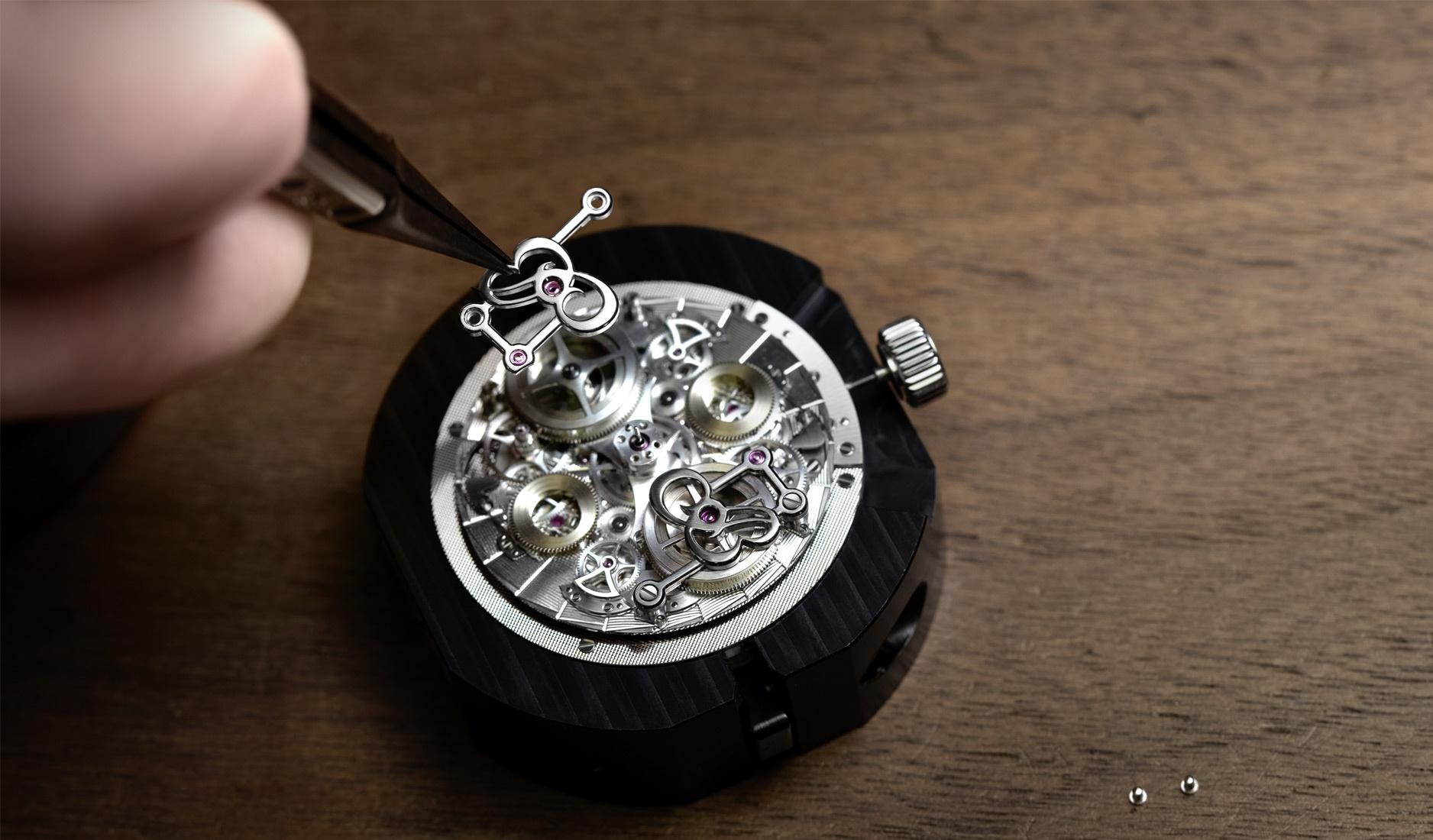 Truly a watch of two halves, the Classique Double Tourbillon 5345 Quai De L’Horloge, like the rest of its Double Tourbillon predecessors, is just a stunning from the back. Flip the watch over and you’d be treated to a hand-engraved depiction of the building façade of 39 Quai de l’Horloge in Paris, which housed Abraham-Louis Breguet’s workshop in Paris in the 18th century. The meticulously decorated scene, composed of four gold bridges that cover the entire back of the movement, brims with nuances such as tiny windows that offers a peek into the movement. 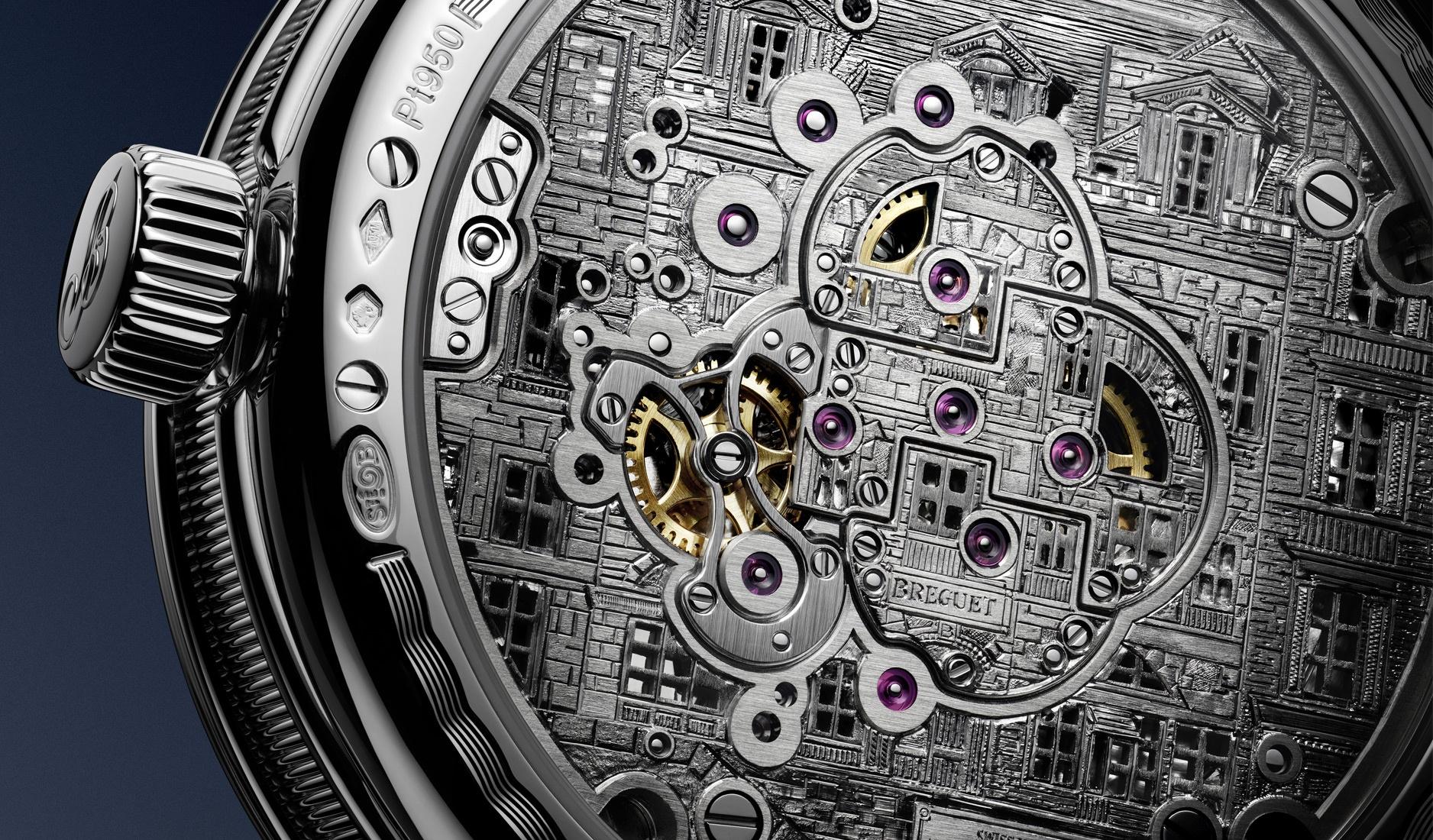 Breguet has rolled out numerous tourbillons since its founder patented the mechanism in 1801. The Classique Double Tourbillon 5345 Quai De L’Horloge, made in the envelope-pushing spirit of its inventor, and with heartfelt tribute to the brand’s roots, might be its most effusive yet. 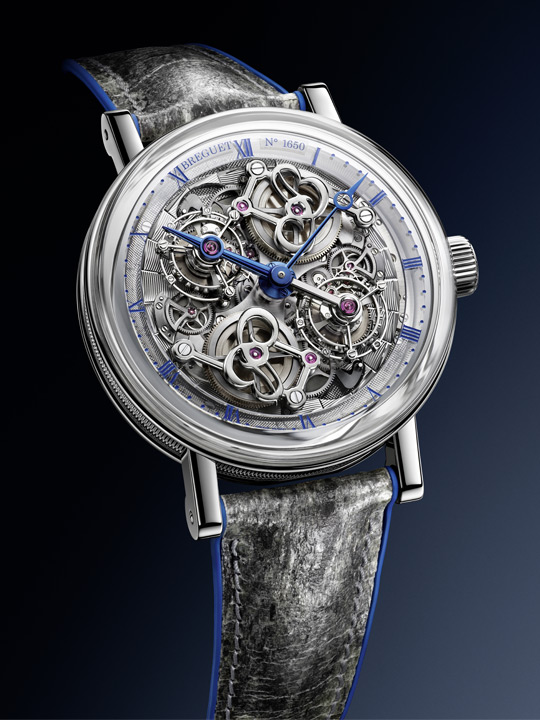