A familiar yet elaborate mechanical dance by Breguet, starring the fusée-chain constant force and tourbillon mechanisms.

As much as the tourbillon has enthralled watchmakers and collectors alike with its combination technical and visual attributes since its introduction in 1801, we would hesitate to call the invention a piece of art. Because all art, once made available, are deemed to be completed works. The tourbillon, on the other hand, continues to evolve. Two hundred and twenty-one years after its debut, the mechanism that was designed to negate the effects on gravity in pocket watches is still continually re-engineered and redesigned – and done more so by non-other than Breguet, the watchmaking house that bears the name of the tourbillon’s creator. 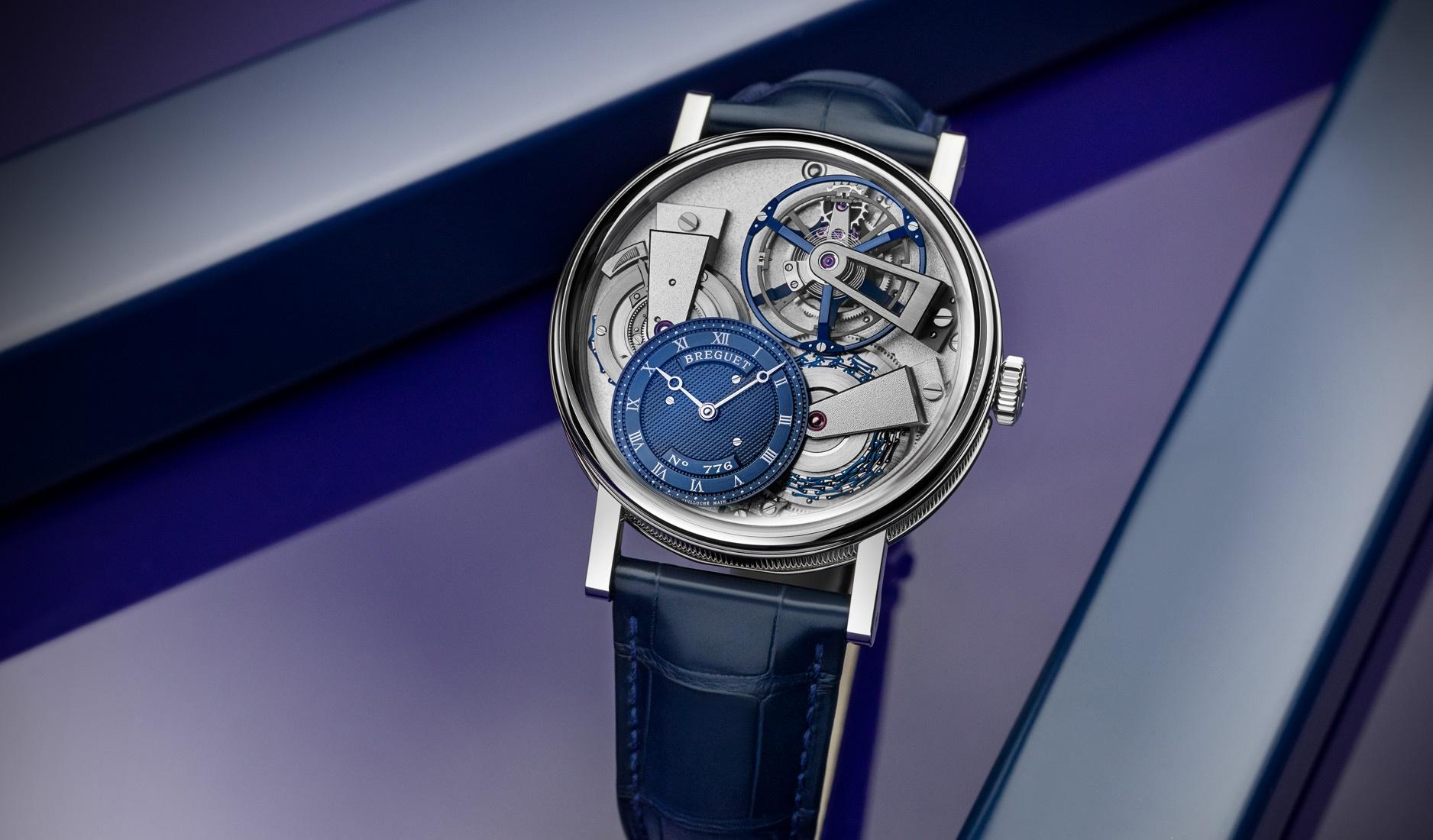 Although the Breguet Tradition 7047 ‘Waltz’ looks every bit a classic and highly technical timepiece made during times where men wore matching three-piece suits and sport handlebar moustaches – indeed, the watch’s technical attributes have roots to early 19th century inventions - it is a contemporary roll-out that is thoughtfully updated for the modern watch connoisseur.

Each of the three distinguishing virtues of the Tradition 7047 ‘Waltz’ pays homage to a significant milestone in Breguet’s horological legacy. The Tradition collection itself, is inspired by Breguet’s ‘souscription’ pocket watches from the 18th century. Named so as they were made on a made on a subscription basis, the ‘souscription’ pocket watches were basic but well-crafted, featuring movements that delivered on precision and robustness, identified by large barrels, balance wheels and Breguet’s proprietary ‘pare-chute’ shock absorbers. These attributes are prominently showcased on the dial side on models from the Tradition collection, which first launched in 2015. 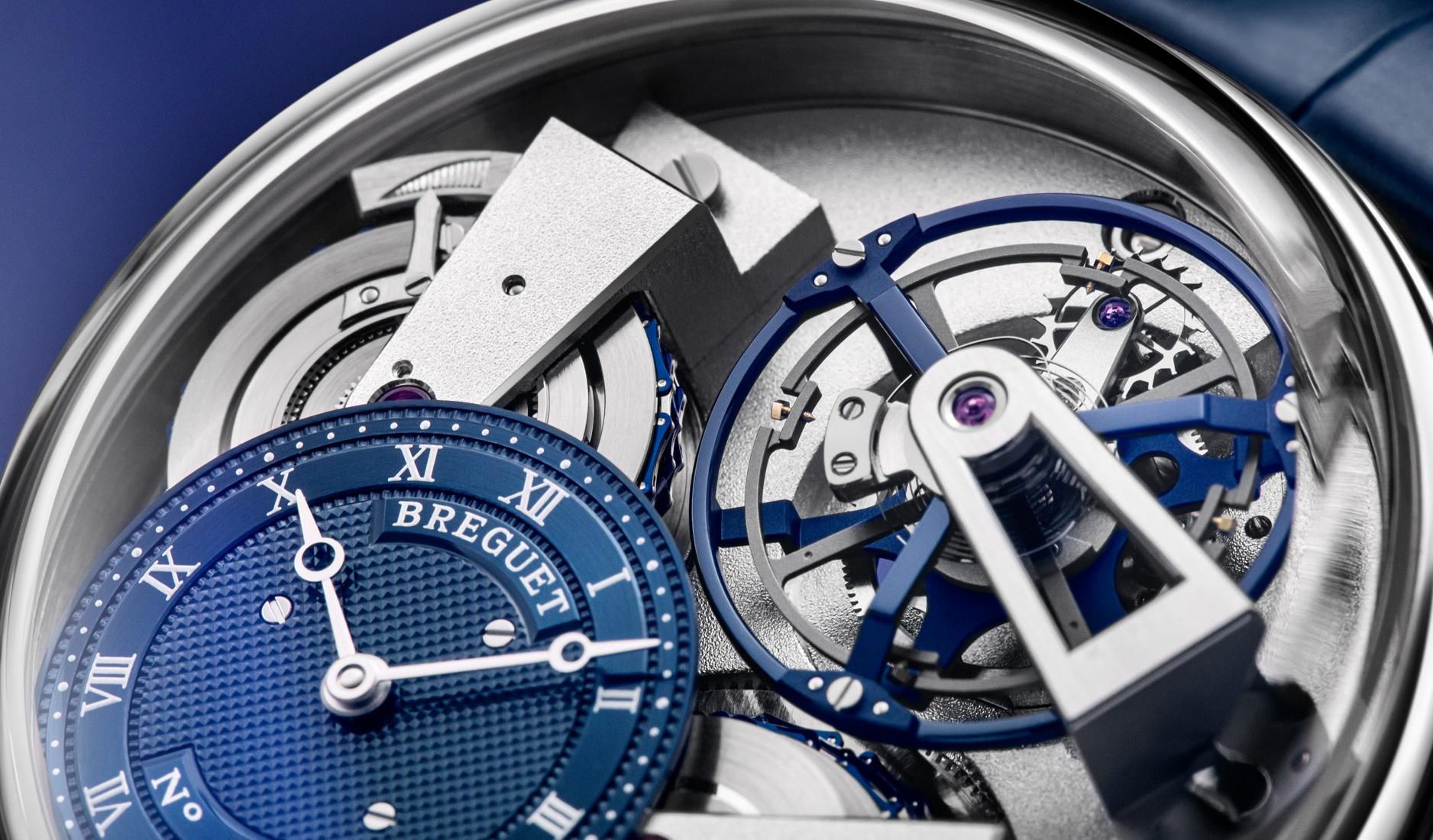 The second and third historically significant features of the Tradition 7047 ‘Waltz’ pertain to its technical features – the tourbillon and the constant force mechanisms. The famous tourbillon takes pride of place yet again on a Breguet complication, performing its gravity-defying duties as always, and as Abraham-Louis Breguet had originally intended 221 years ago. On the Tradition 7047 ‘Waltz’, the tourbillon is reinforced with a striking and lightweight titanium carriage that rotates with greater energy efficiency, and a state-of-the-art silicon balance spring within to ensure even greater precision as, unlike regular hairsprings made of metal alloys, silicon is impervious to wear-and-tear and temperature fluctuations.

Taking things to the next level, though, is the addition of the fusée-chain constant force transmission system. As the tourbillon rotates to nullify timekeeping errors caused by forces of gravity on the movement, the constant force fusée-chain transmission system helps ensure that the watch’s torque and precision remain constant whether on a full wind, or at the end of its power reserve when the energy is depleted and drop-offs to accuracy commonly occurs. Like the storied tourbillon, the constant force escapement was conceived and patented way back by Abraham-Louis Breguet –in 1789, three years before the tourbillon was patented.

Breguet first introduced the Tradition 7047 in 2014. Prior to the ‘Waltz’ model, the series featured three variants: one in 41mm platinum with frosted anthracite dial, and two in 41mm rose gold with anthracite or rose gold dials. While the Tradition 7047 ‘Waltz’ in 41mm polished platinum comes with the same dimensions and technical attributes as the earlier models, the latest addition to the collection emanates a cool and elegant demeanour that is distinct from its predecessors. 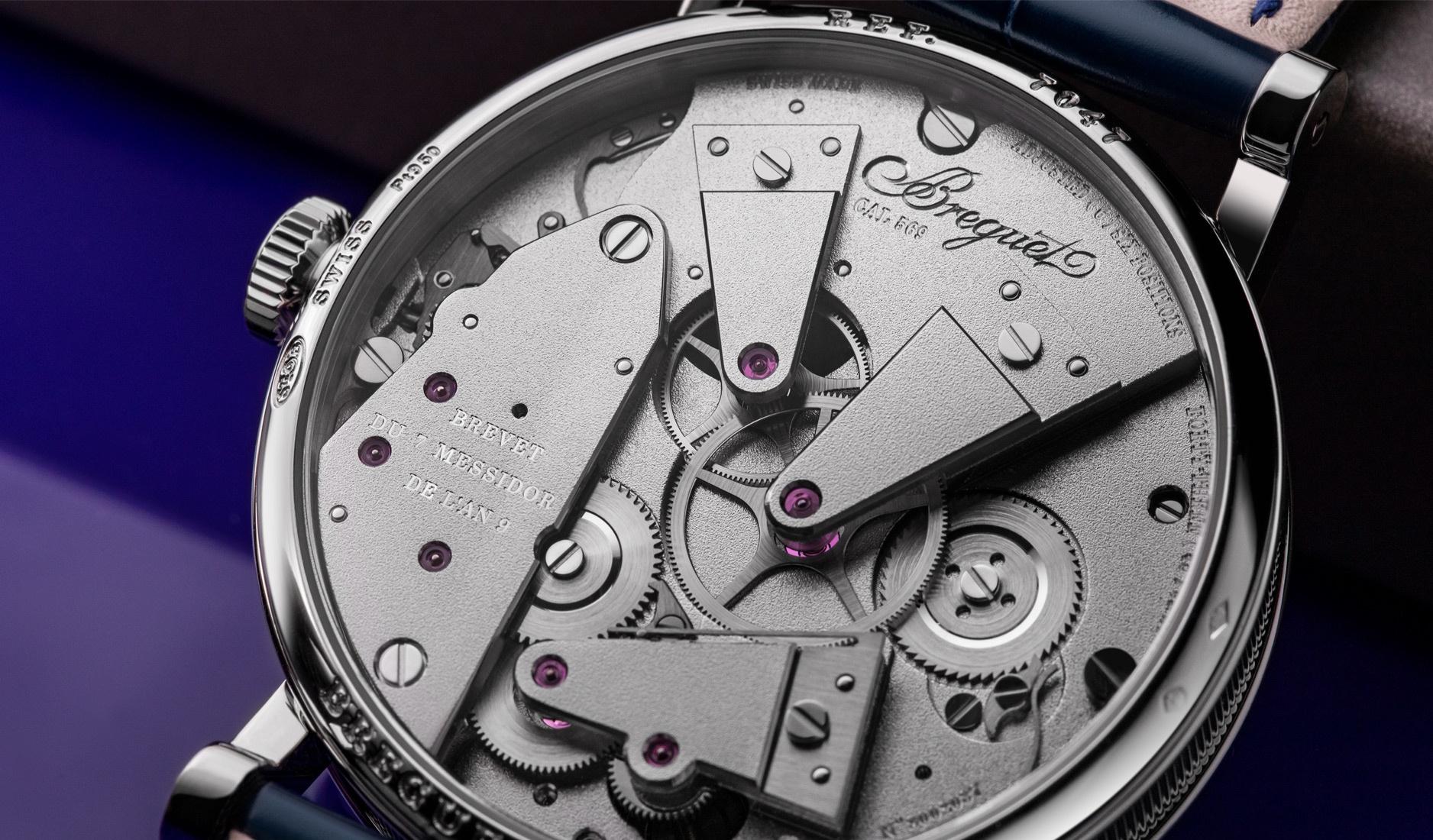 Hailed as one of the most aesthetically balanced of Tradition watches, featuring a dial dominated by a time display, large tourbillon carriage and two fusée-chain barrels that are all almost similarly sized, the Tradition 7047 accentuates the symmetry with a touch of contemporary elegance. Here, the time display with engine-turned decoration, titanium tourbillon carriage, and fusée-chain links are rendered in dashing midnight blue, while the rest of the openworked movement is sheathed in slate grey. A blue alligator strap completes the look.

Fans of the Breguet Tradition collections will recall that this is the same colour theme lavished on the Tradition Quantième Rétrograde 7597 from earlier this year. Like the previous makeover, the decision to dress the Tradition 7047 ‘Waltz’ in two-tone blue-and-grey may not seem like much, but it sets the latest variant apart as arguably the most contemporary-looking of the series. It is amazing that, after over two centuries, Abraham-Louis Breguet’s most famous inventions continue to find new ways to excite and captivate in the Tradition 7047 ‘Waltz’. More than art, this demonstrates an advancement of its creator’s genius. 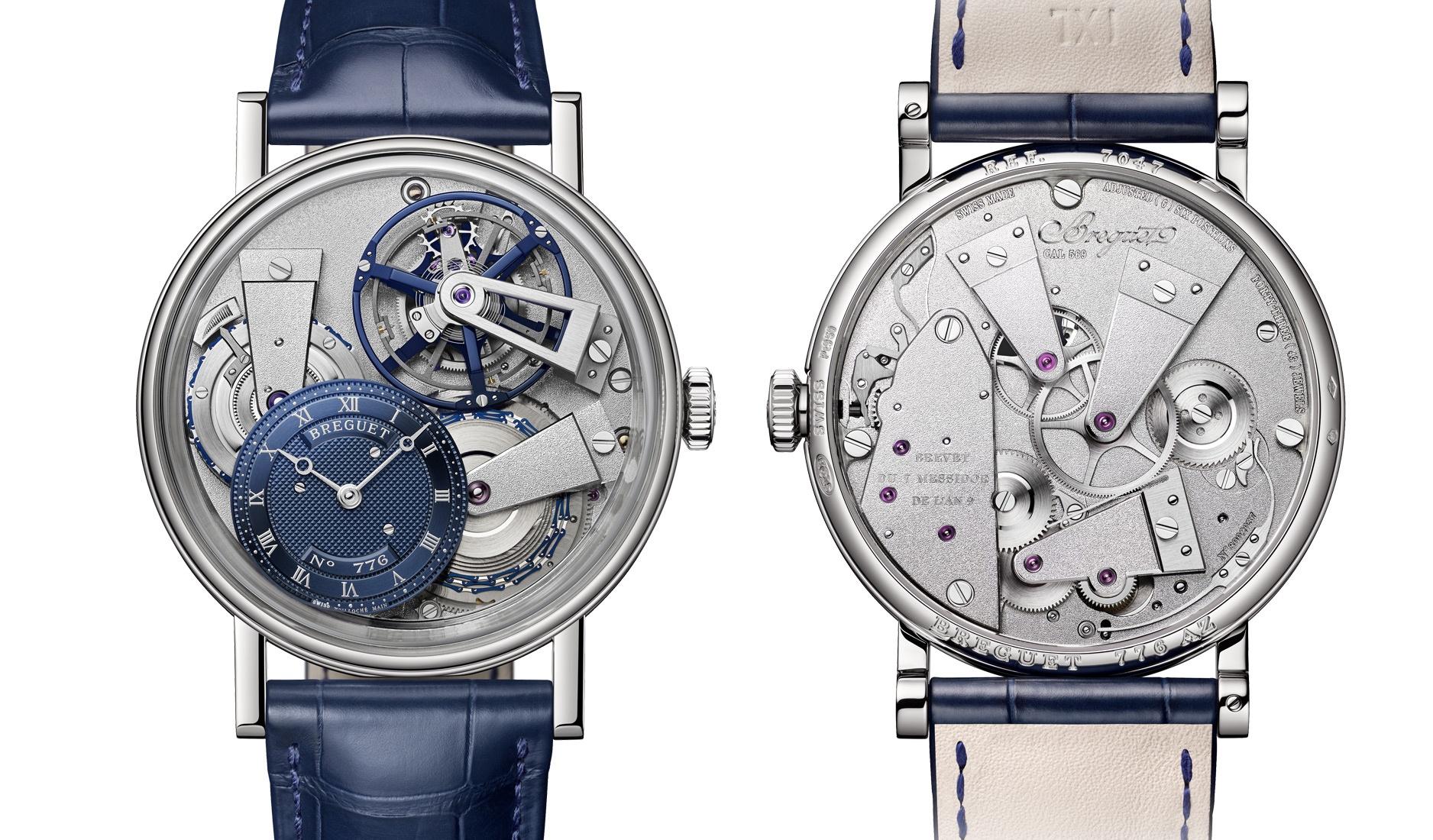