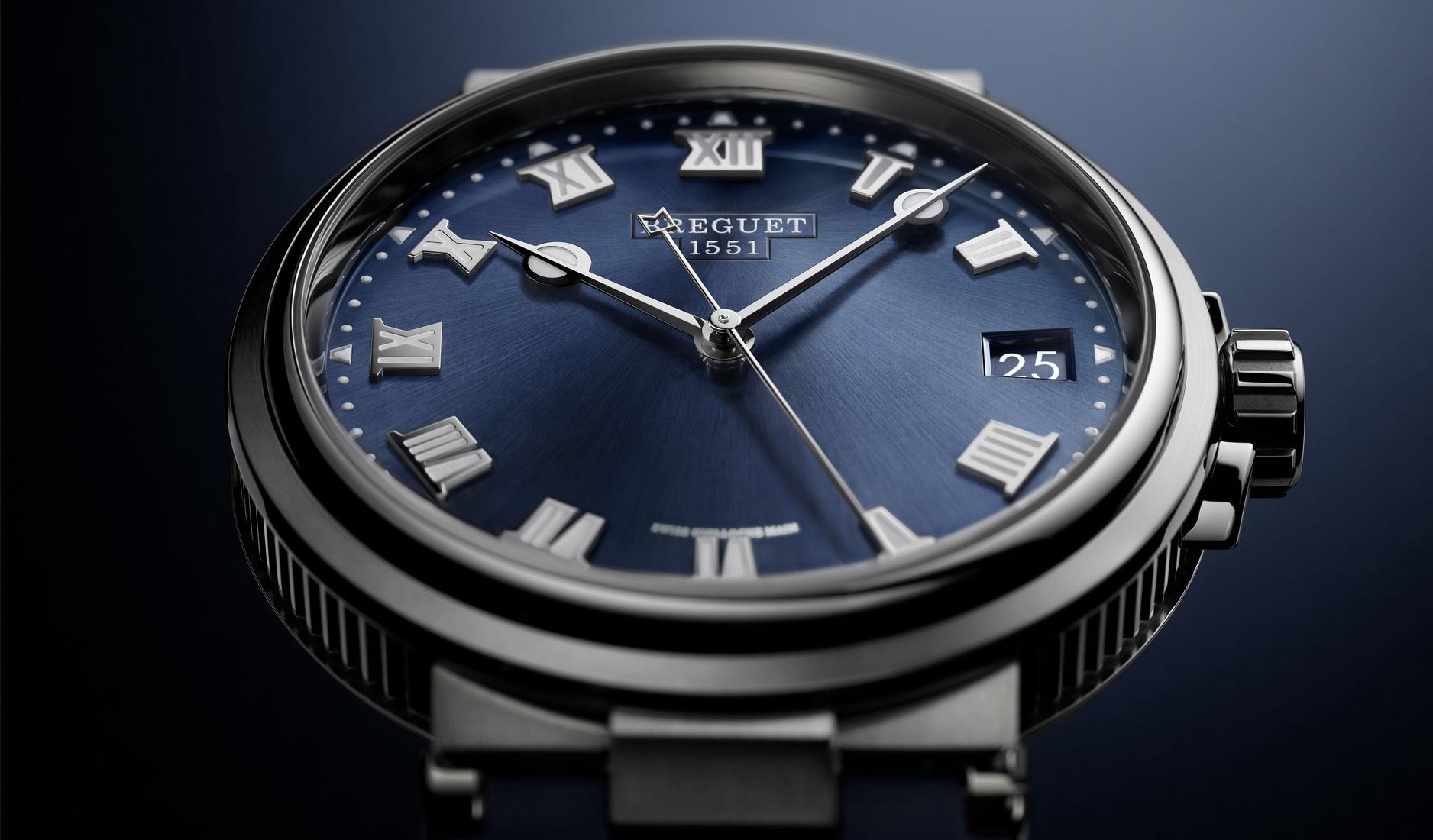 The yacht-rock equivalent of watches, Breguet’s Marine watches don’t really shy from their dad-chic charms. And why should they? Think sundecks and champagne. Think tanned, salt-and-pepper-haired gents with a measure of success and distinction letting loose – just a little – and you can easily picture a Marine watch accompanying their time out at sea.

As much as Breguet would like to pitch the Marine as a collection for younger connoisseurs, truth is, the watches demand a certain level of taste and sophistication. The watches do not quite offer the hulking bravado of exposed screws on ceramic bezels and extreme dive resistance. Rather, this collection that was born in the 1990s—inspired by its founder Abraham-Louis Breguet’s work with marine chronometers and, later reintroduced in 2017 with refreshed aesthetics—are, really, sportive siblings of Breguet’s beloved dress watches: technically accomplished, aesthetically refined and brimming with horological maturity.

It is in this spirit that this year’s new Marine watches continue their odyssey, with three references in new precious metal cloaks, offered in a spectrum of mechanical fancies. Essential a reprise of the models launched in 2018, the new watches comprise the time-only Ref. 5517, Marine Chronographe Ref. 5527, and the Marine Alarme Musicale Ref. 5547. 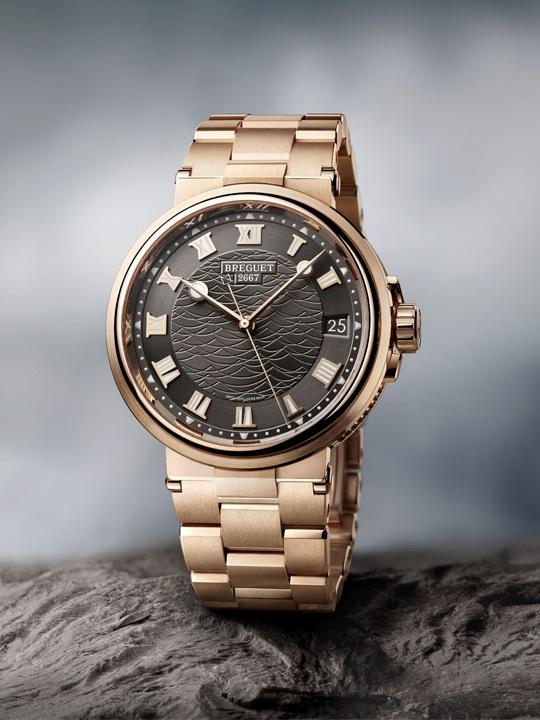 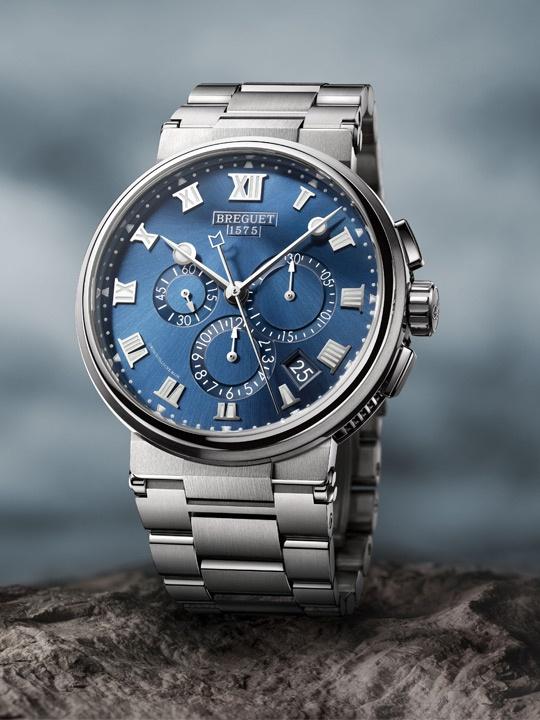 A step up from the Ref. 5517 is the Marine Chronographe Ref. 5527. This year, the collection welcomes new variants in titanium case and bracelet with blue dial, as well as a rose gold version with grey guilloché dial. Fun fact: while historians will point to Louis Monet and Nicolas Rieussec as pioneering inventors of the chronograph, it has to be said that Abraham-Louis Breguet was already working on timekeepers with a seconds hand that could be activated and stopped on demand even before 1810 and, later, an inking chronograph in 1820.

Capping the line-up, for this year at least, is the Marine Alarme Musicale Ref. 5547. Like the new Marine Chronographes, the mechanical alarm wristwatch is now available in titanium with blue dial, as well as rose gold with slate grey dial. 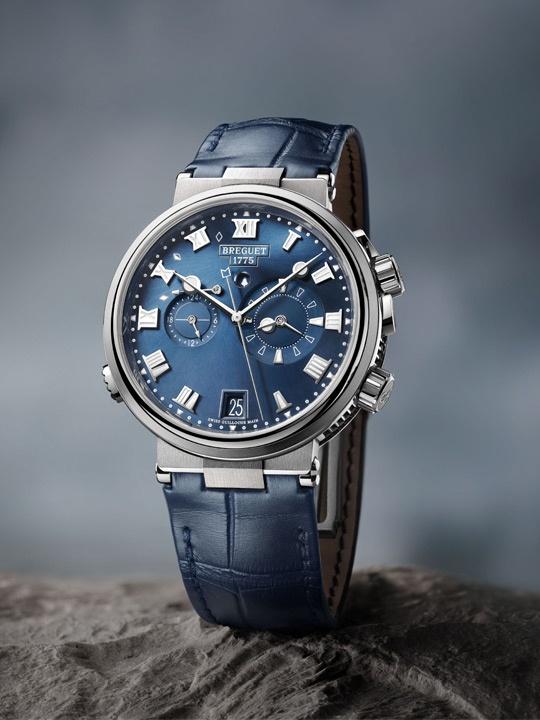 An elegant sports watch in every aspect, the Marine Alarme Musicale Ref. 5547 is equally intent on flaunting its mechanical chops. Besides the alarm complication, the watch also features a two-time zone display. When the striking mechanism is triggered, a ship’s bell reveals itself through a tiny window at 12 o’clock. Breguet fans will recognise its automatic Calibre 519F, the same movement that drives the classic Le Reveil du Tsar Ref. 5707 from several years ago. If there’s a watch that typifies the Marine collection’s straddling of the different worlds, this is it.