Desire a proper tourbillon for your collection? Best go to the source. 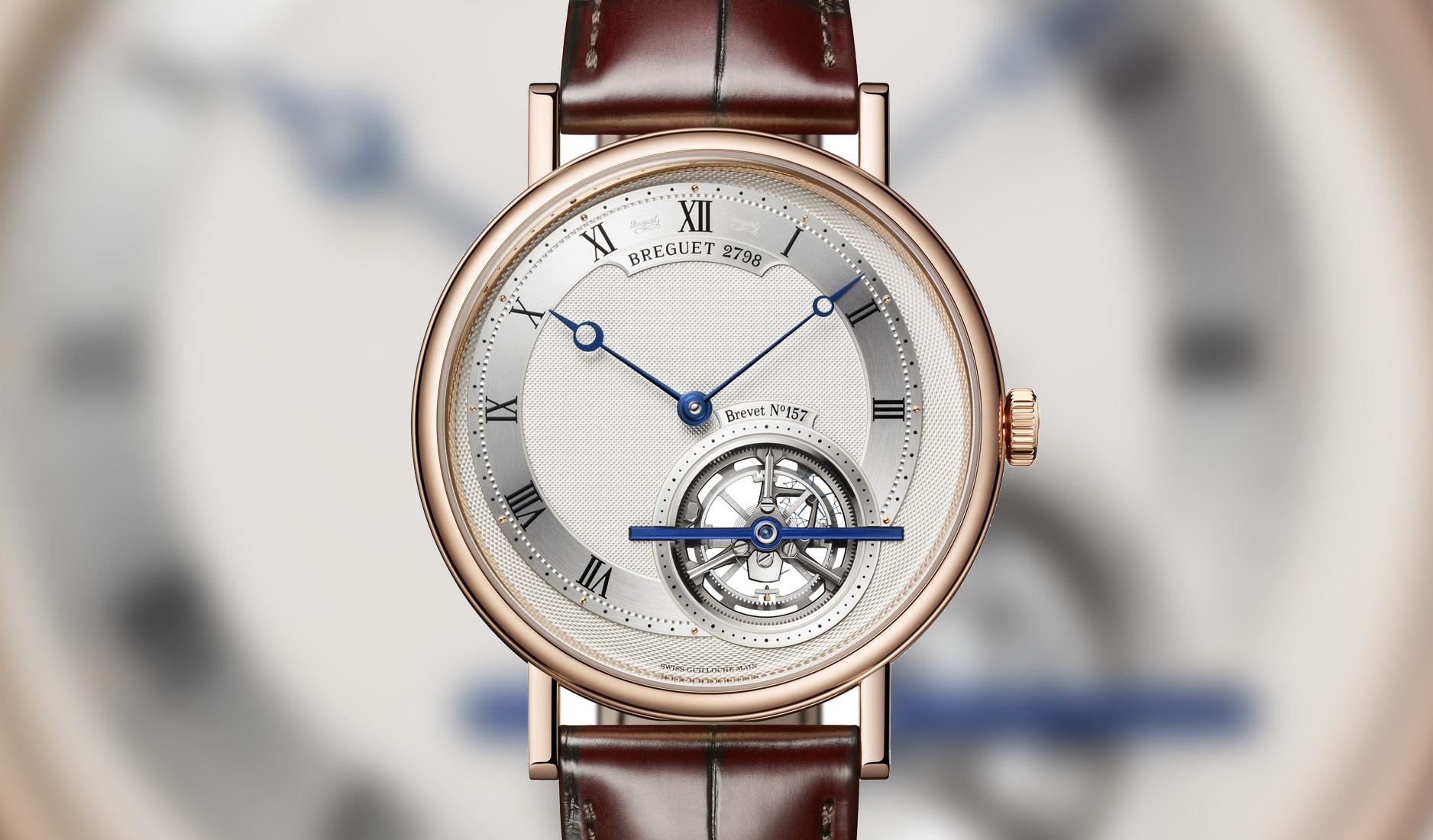 Abraham-Louis Breguet probably didn’t intend it this way when he developed his most famous invention back in 1801, but the tourbillon has become one of the most visual entertaining watch mechanisms in all of horological history. Indeed, even as the tourbillon has fascinated generations of aficionados with its delicately rotating cage that houses the very beating mechanical heart of a watch, the purpose of the tourbillon wasn’t to thrill with its theatrical mechanism. Rather, it was there to perform the rather boring and arduous task of cancelling out timekeeping errors caused by the effects of gravity on a watch’s movement – it was originally developed for pocket watches, which were kept mostly in an upright position.

Of course, the passage of time and horological trends have elevated the tourbillon into something else altogether. While modern watchmakers continue to tout the complication’s precision-enhancing virtues, the dramatic appeal of the tourbillon has been increasingly highlighted, sometimes to extreme lengths with watches featuring multiple tourbillons, or even multiple tourbillons with each rotating on a different axis. 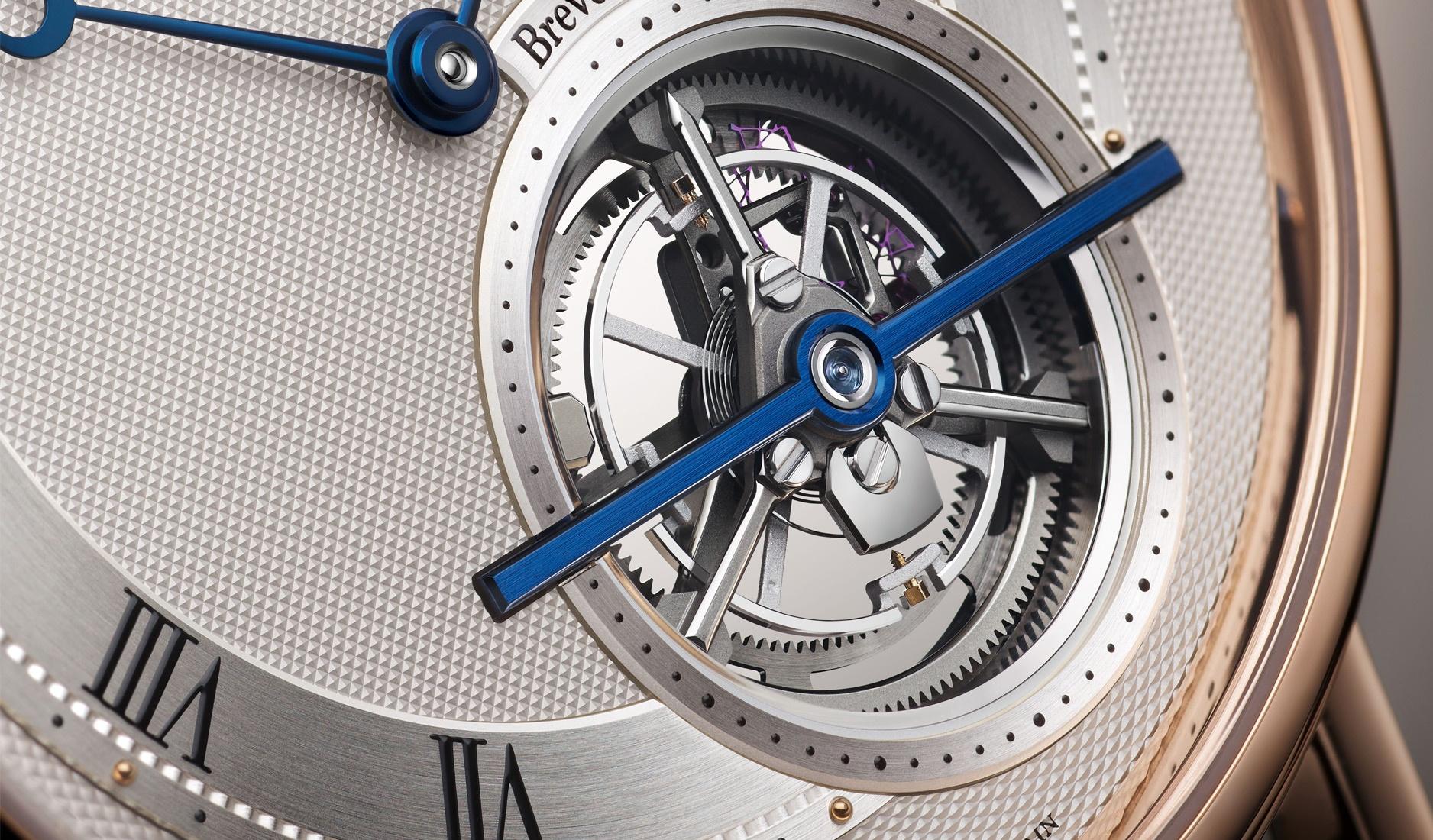 On the occasion of the 220th anniversary of the invention on the tourbillon, however, the watchmaking house that started it all is commemorating the horological milestone with an iteration that is a bit more elegant and measured. Limited to 35 pieces – the same number of tourbillons that Abraham-Louis Breguet made during his lifetime – the Classique Tourbillon Extra-Plat Anniversaire 5365 is a classic take on the celebrated complication that exemplifies its poise and sophistication.

Instead of overt visual pyrotechnics, the watch expresses stateliness with its slim, 41mm rose gold case and silvered gold dial adorned with hand-chiseled Clous de Paris motif at the centre and engine-turned grain d’orge decoration at the periphery that, while intricate and artsy, are subtly executed. Elsewhere, a chapter ring etched with hour markers and slim, blued steel Breguet hands – both signatures of the brand – accentuate the watch’s classic aesthetics and legibility. 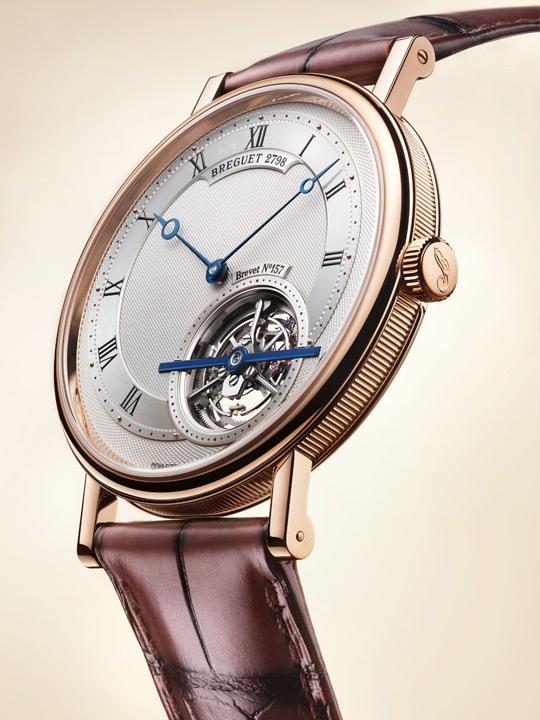 Taking pride of place at five o’clock is the watch’s piece de resistance. A 60-second tourbillon carriage housing an escapement with silicon balance spring, the mechanism is held in place by a blued-steel bridge, an unusual finish for a Breguet Classique tourbillon. Inscribed on the cartouche above the tourbillon window are words ‘Brevet No 157’, an homage to the patent number awarded to Abraham-Louis Breguet for the tourbillon in 1801.

As the name suggests, the Classique Tourbillon Extra-Plat Anniversaire 5365 is extremely svelte, thanks to the super-slim automatic Calibre 581 movement just 3mm in height. A mainstay of the Extra-Plat series of tourbillons, the movement is a robust performer despite its size, offering up to 80 hours of power reserve on a full wind.

Equally delightful from the back, the Classique Tourbillon Extra-Plat Anniversaire 5365 bears more of Breguet’s tourbillon narrative via carefully considered decorations. This words ‘Anniversaire 1801–2021’ and ‘Brevet No 157 Du 7 Messidor An IX’ are engraved on the on the barrel and the tourbillon’s lower bridge, respectively. Each watch’s individual number is also etched on the caseback. On the rest of the movement plate, the engravers decorate the space with a faithful reproduction of the original watercolour plate used by Abraham-Louis Breguet to file his patent for the tourbillon – a fascinating and appropriate hat-doff to the mechanism’s legacy in its contemporary iteration. 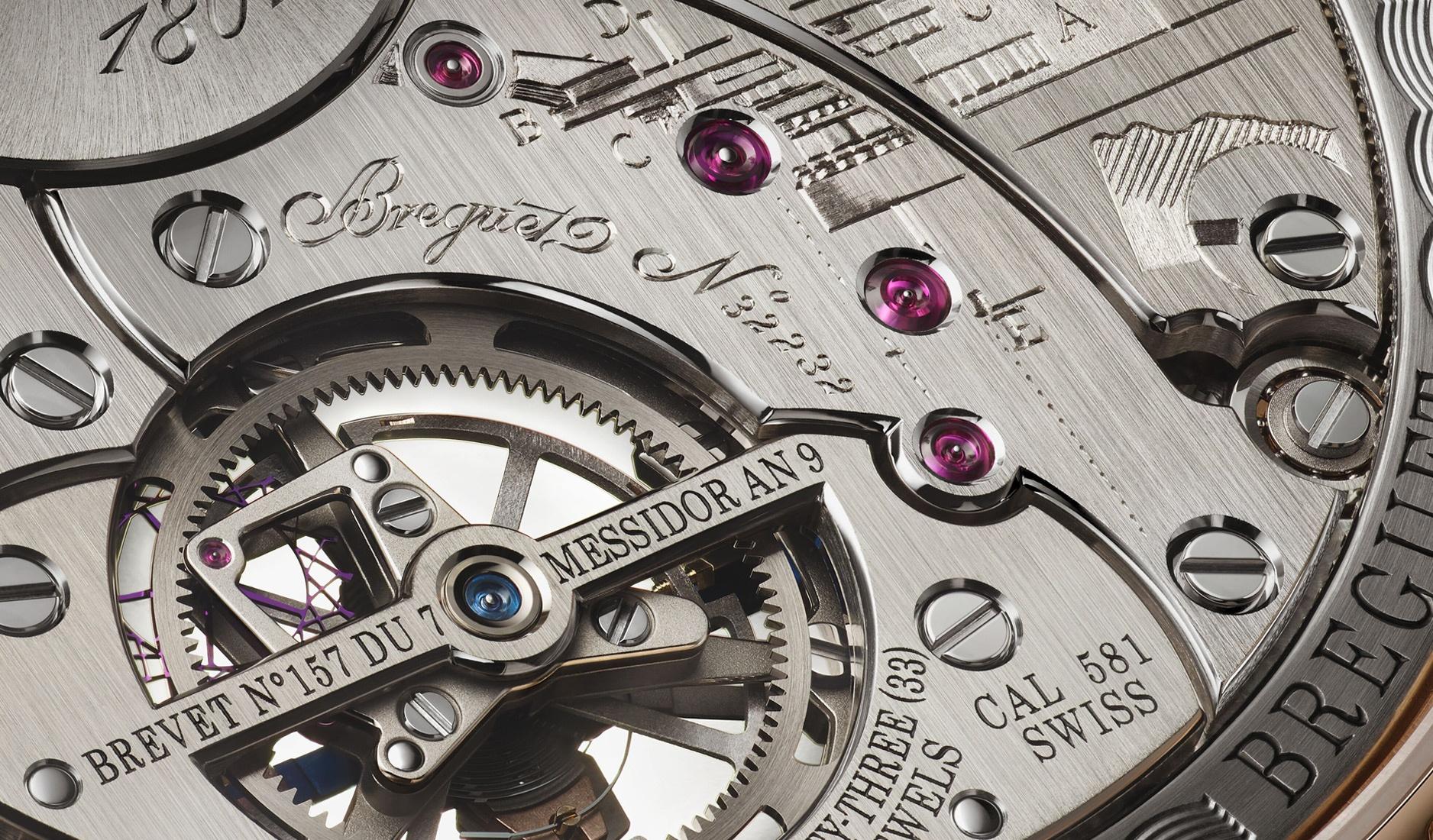