It sounds counterintuitive to try and modernise a classic watch. However, true masters like Breguet not only show that this can be done but also effected in a way that breathes new life into a well-known classic without seeming contrived.

The timepiece in question is the Classique Calendrier 7337, one of Breguet’s most beloved and enduring models. Inspired by the brand’s 19th-century pocket watches, the Classique Calendrier 7337 has been a Breguet staple since the 1980s. Having undergone a facelift in 2009, the watch is updated again this year, emerging with a modern new look that builds on the collection’s signature stateliness. 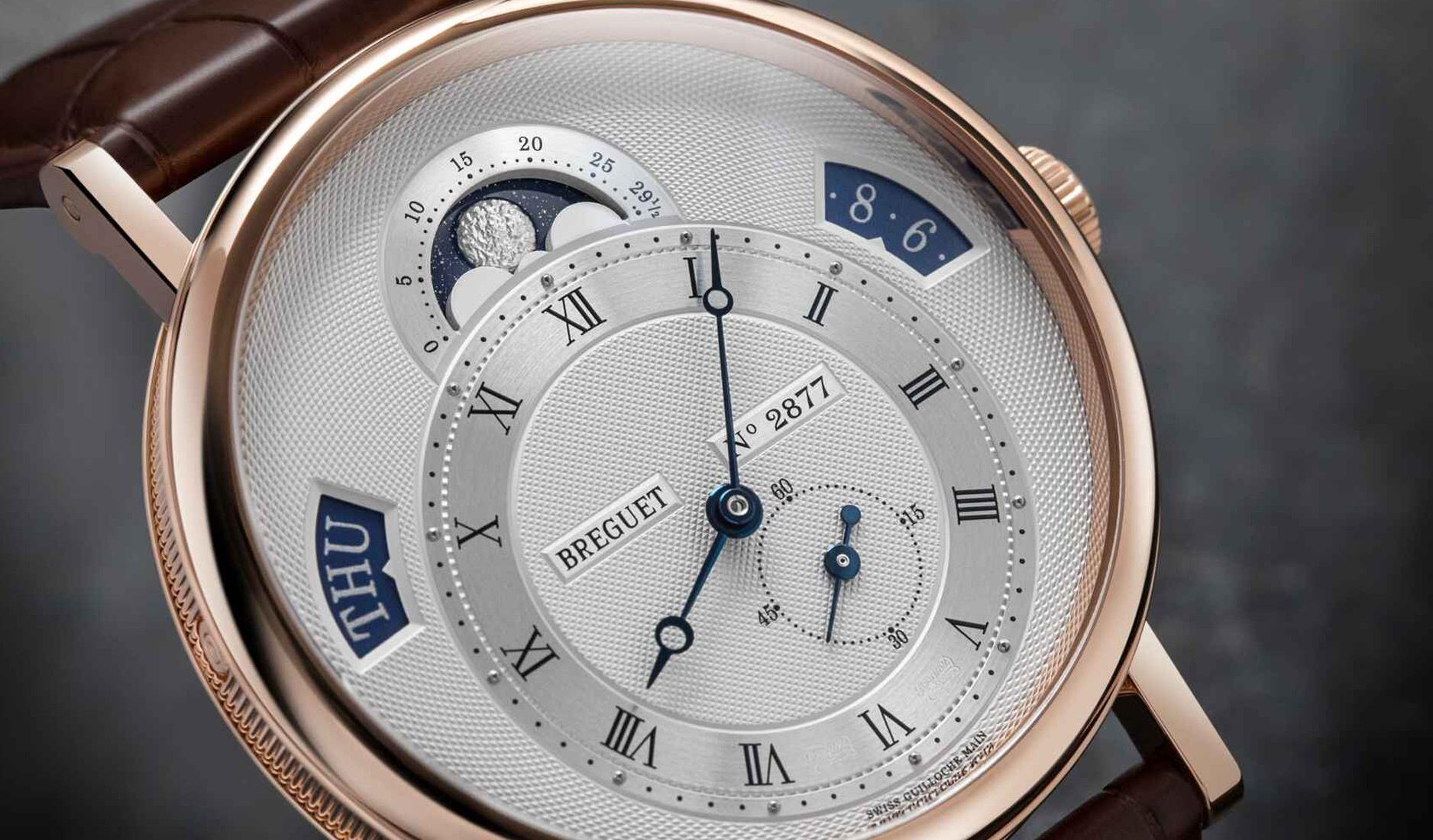 As with previous versions, the new Classique Calendrier 7337 is decorated to the hilt. The watch’s iconic dial – which features an off-centred time display with individual day, moonphase and date windows – is a work of art. Brushed chapter rings frame the time and moonphase displays, complemented by finely bevelled window openings for the day and date indicators.

Meantime, the entire dial is sheathed in ultra-fine, engine-turned Clous de Paris hobnail guilloché patterns – in a straight pattern on the time display sub-dial and a circular pattern on the outer dial. Besides lending the watch an artful appearance, the guilloché patterns and various finishes endow the displays with refinement and legibility. The artisanal touches are complemented by trademark Breguet features like blued steel open-tipped hour and minute hands and a finely polished case with fluted caseband. 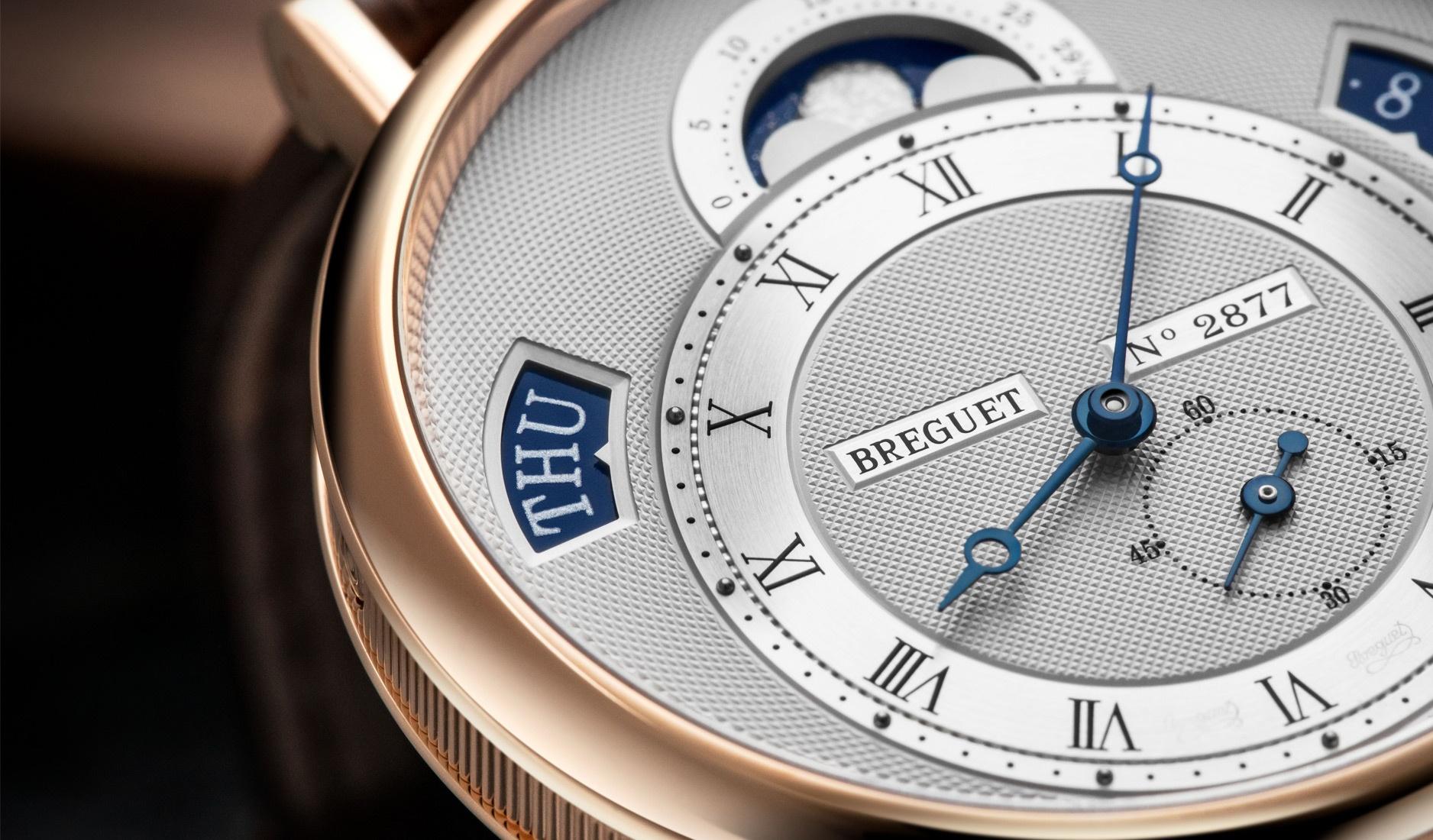 Although the new Classique Calendrier 7337 emanates elegance like previous models, tiny switch-ups make the difference. Earlier iterations sport tiny, ornate calendar windows that lend the dials an old-school and traditional demeanour. The updated version, on the other hand, features larger and more angular calendar windows, complemented by strong, stylised fonts for the day and date indicators. Elsewhere, the moonphase display is replaced with a realistic depiction of the nocturnal orb, featuring a hand-hammered moon set against a matte, sand-blasted backdrop. Whether in 39mm white or rose gold, the latest Classique Calendrier 7337 exudes a decidedly more contemporary disposition while staying distinguished. 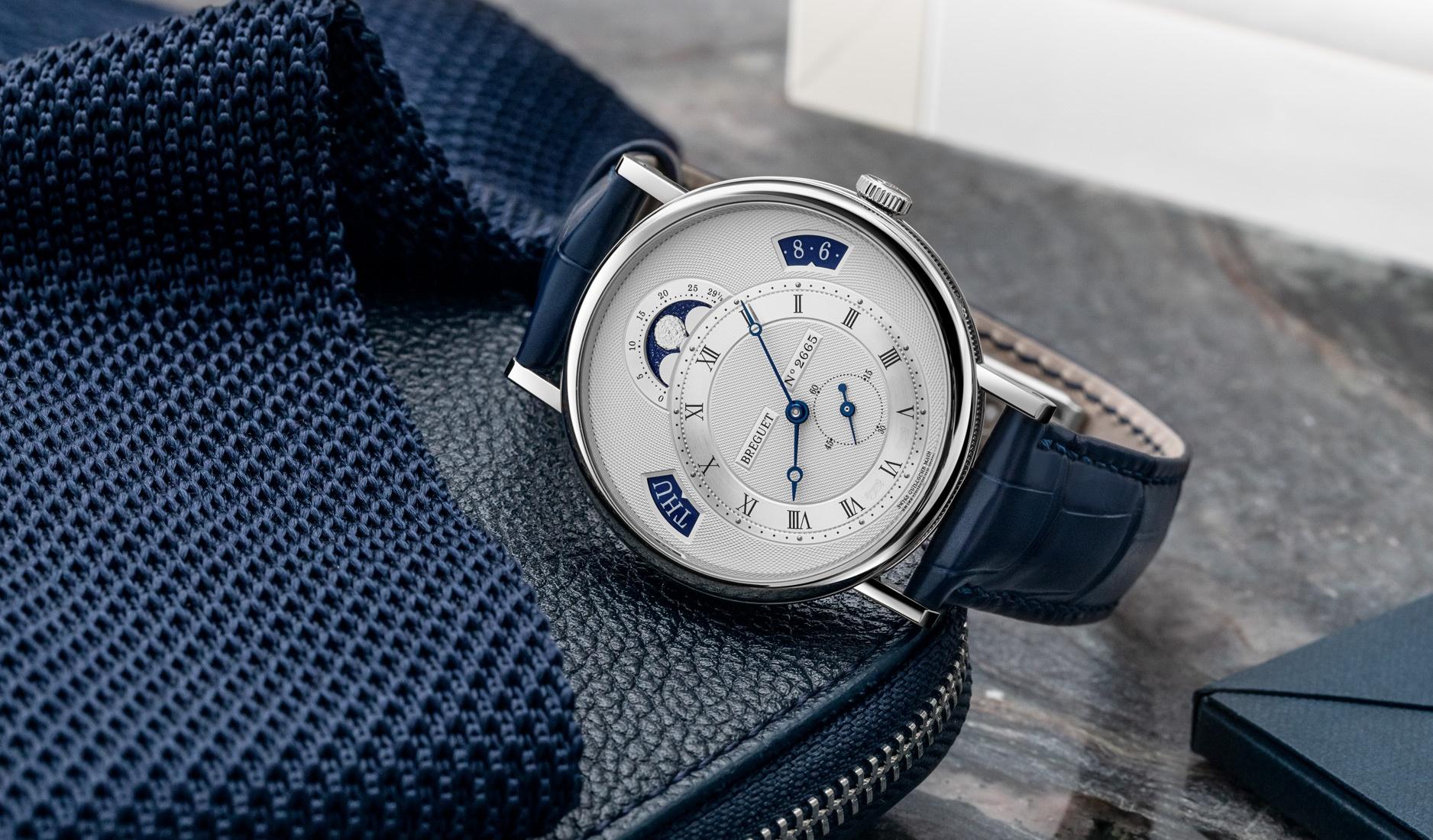 Best deployed for formal occasions, the Classique Calendrier 7337 will slide under the tightest of shirt cuffs with ease. At just 9.95mm in height, the watch is powered by one of Breguet’s thinnest movements – the Calibre 502.3 QSE1, which is just 2.4 mm thick. Of course, the automatic movement’s svelteness in no way comprises its performance. Equipped with a silicon balance spring and lever that are resistant to wear-and-tear and magnetic fields, thus improving overall timekeeping precision, as well as a gold oscillating weight that helps charge up the barrel for 45 hours of power reserve on a full wind, this is a slim but substantially powerful movement. Little wonder, then, that the calibre has been driving the Classique Calendrier 7337 since the collection’s inception.

Admittedly, the new Classique Calendrier 7337 isn’t a watch to scratch your itch for earth-shattering innovations. Rather, it is an enduring and iconic dress watch that has been given a slight dose of anti-ageing serum and emerges refreshed and sharp for more late-night soirées.