On 26 June 1801, master watchmaker Abraham-Louis Breguet, considered to be one of the greatest of all time, filed what was to be his most famous invention, the tourbillon.

Pronounced ‘too-bee-eon’, tourbillon is French for ‘whirlwind’, and is essentially a tiny cage that houses a mechanical watch’s key regulating assembly, collectively known as the escapement. 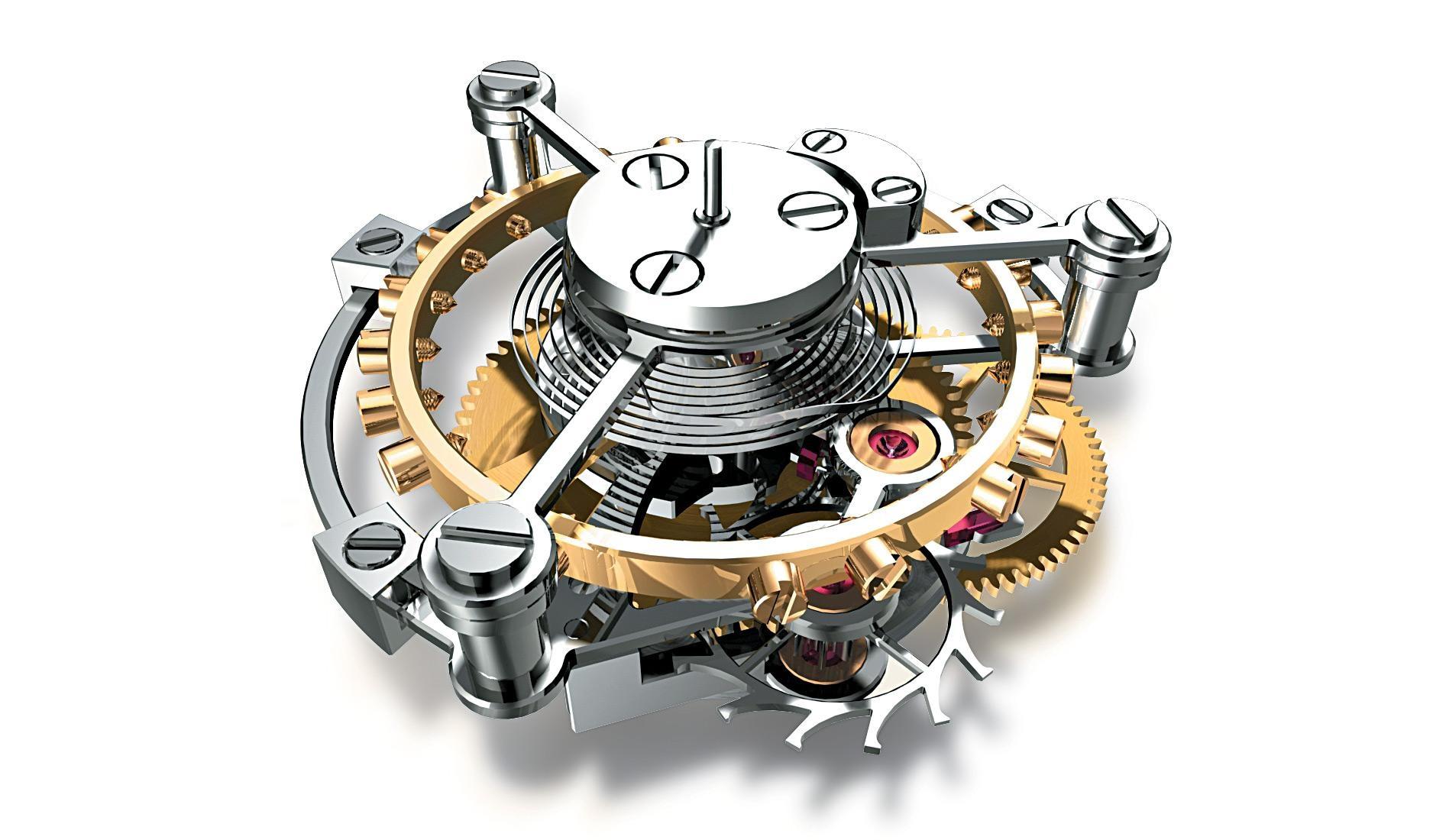 Remember that this invention was made back in the day. As such, the tourbillon’s main purpose was to make pocket watches more precise. But how and why?

Well, pocket watches were typically worn with waistcoats and thus usually kept in a vertical position. Given this, the effects of gravity would cause their regulating mechanisms to go out of whack over time. 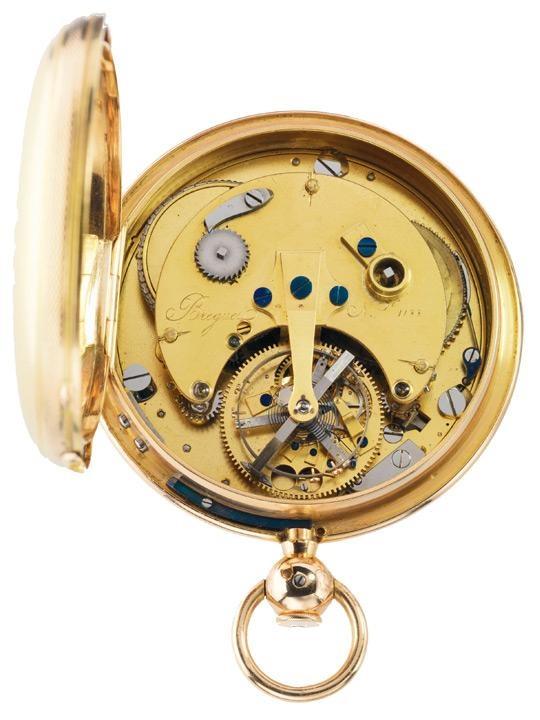 To counter that, the tourbillon cage, which holds the entire regulating mechanism, is engineered to rotate anti-clockwise – against the force of gravity - to compensate for the timing deviations.

Abraham-Louis Breguet is also responsible for many other historically significant and impactful inventions, from the precursor to the self-winding movement (the ‘perpétuelle’ (1780), to the gong spring for chiming watches (1783). But it can be argued that the tourbillon, with its combination of technical sophistication and theatrical drama, stands alone as the most coveted and admired of all by watch collectors and watchmakers alike. 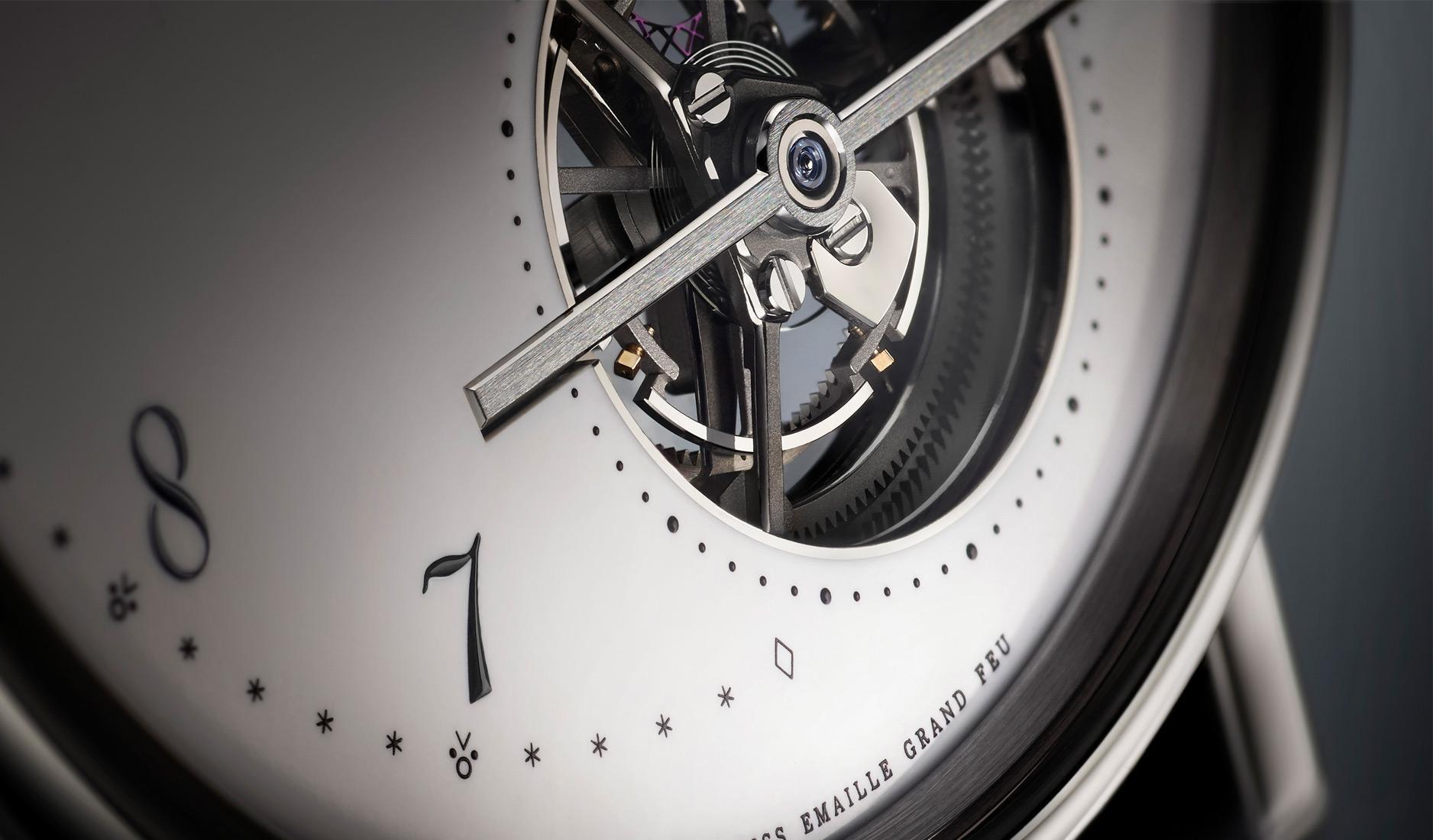 To commemorate the 218th year of the tourbillon’s invention, we look at five of Breguet’s most impressive tourbillon wristwatches in recent memory. 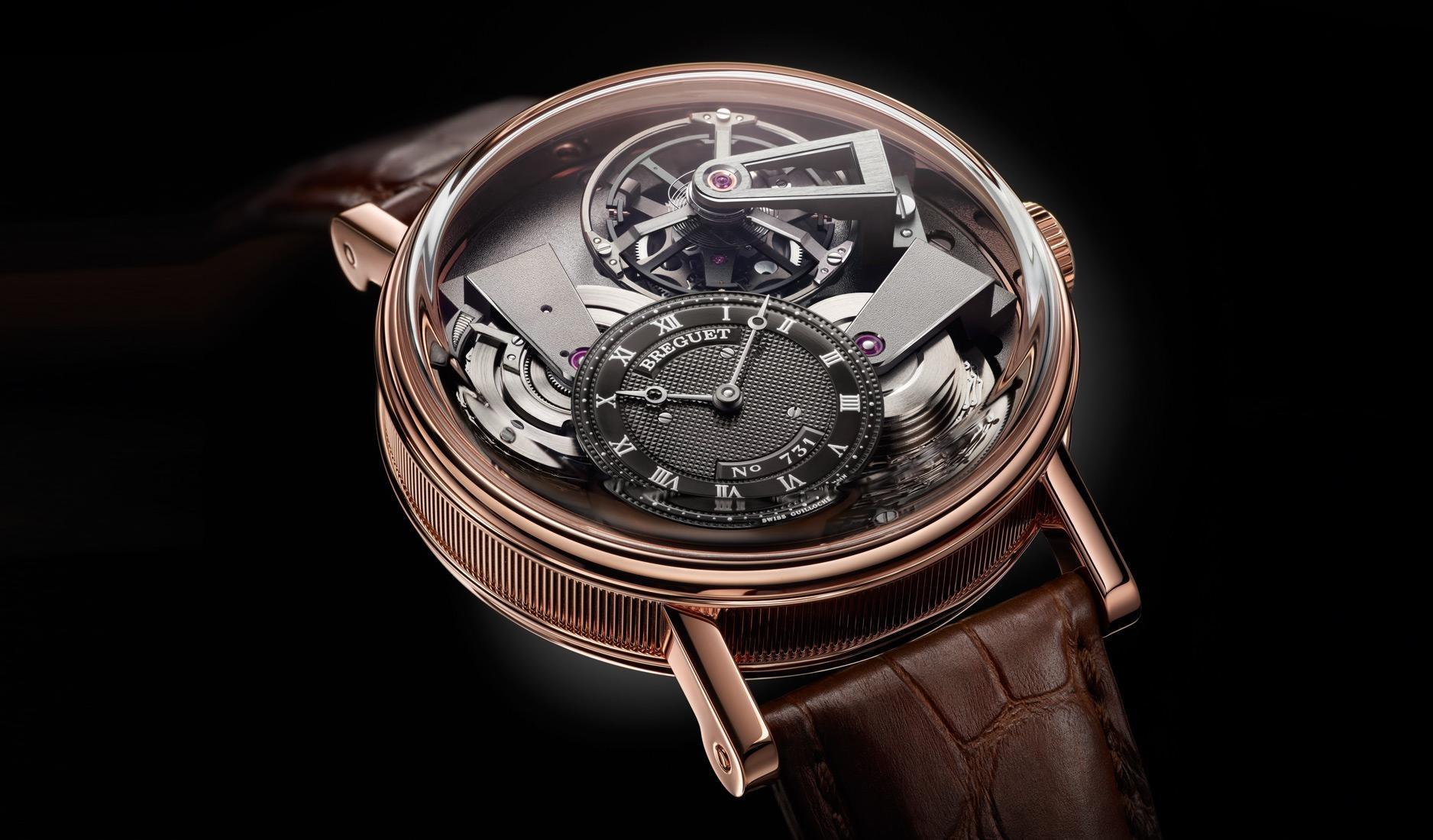 A grand complication beyond compare that combines the past and present. This stunning offering features a tourbillon, a fusée-and-chain transmission system to ensure constant torque, and a state-of-the-art silicon balance spring in the escapement. 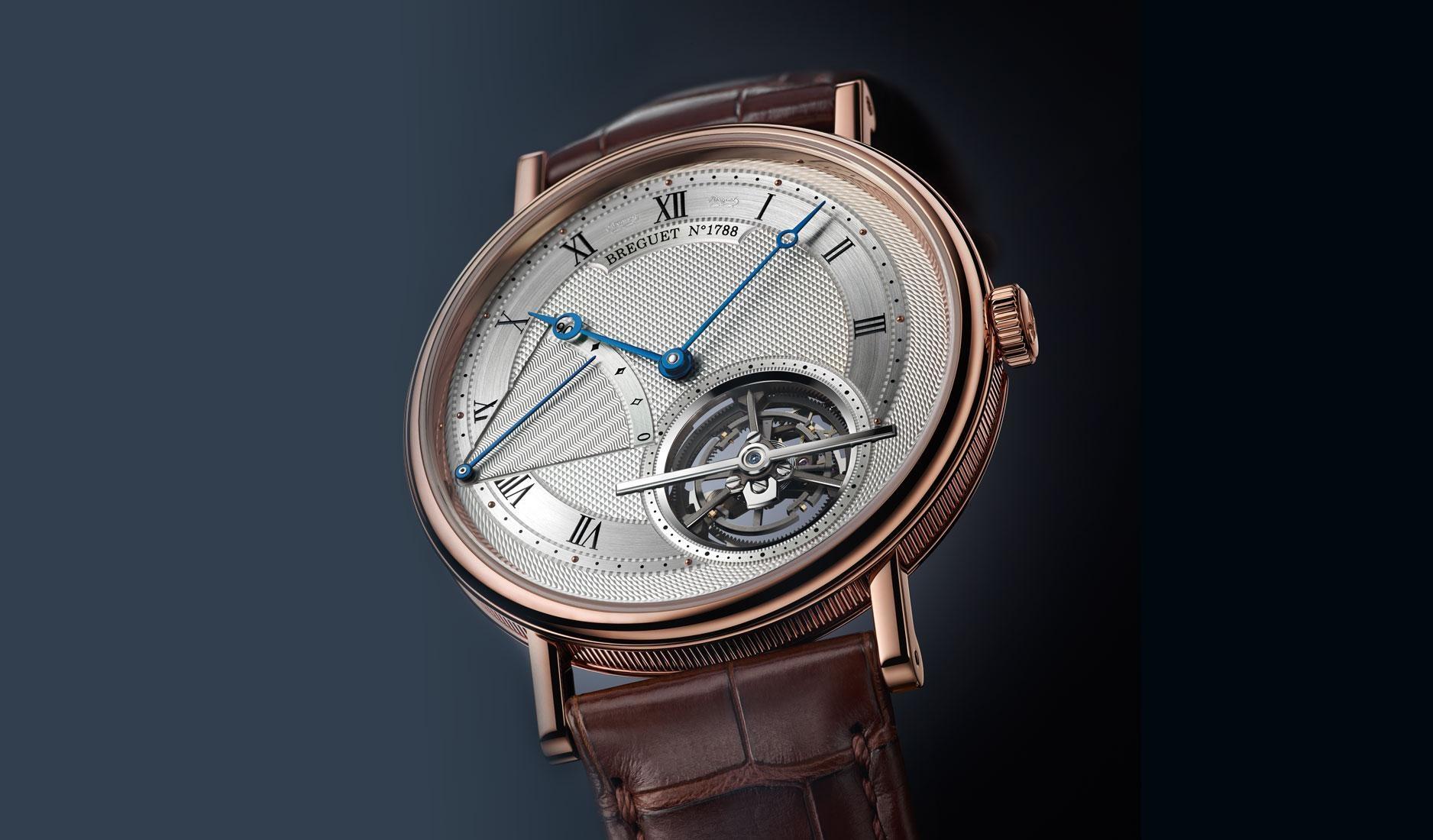 The start of a hugely successful range of refined dressy tourbillons for Breguet. The Reference 5377 tourbillon is powered by an extra-thin automatic movement measuring just 3mm, but boasts hugely impressive stats including 4Hz frequency and 90-hour power reserve. 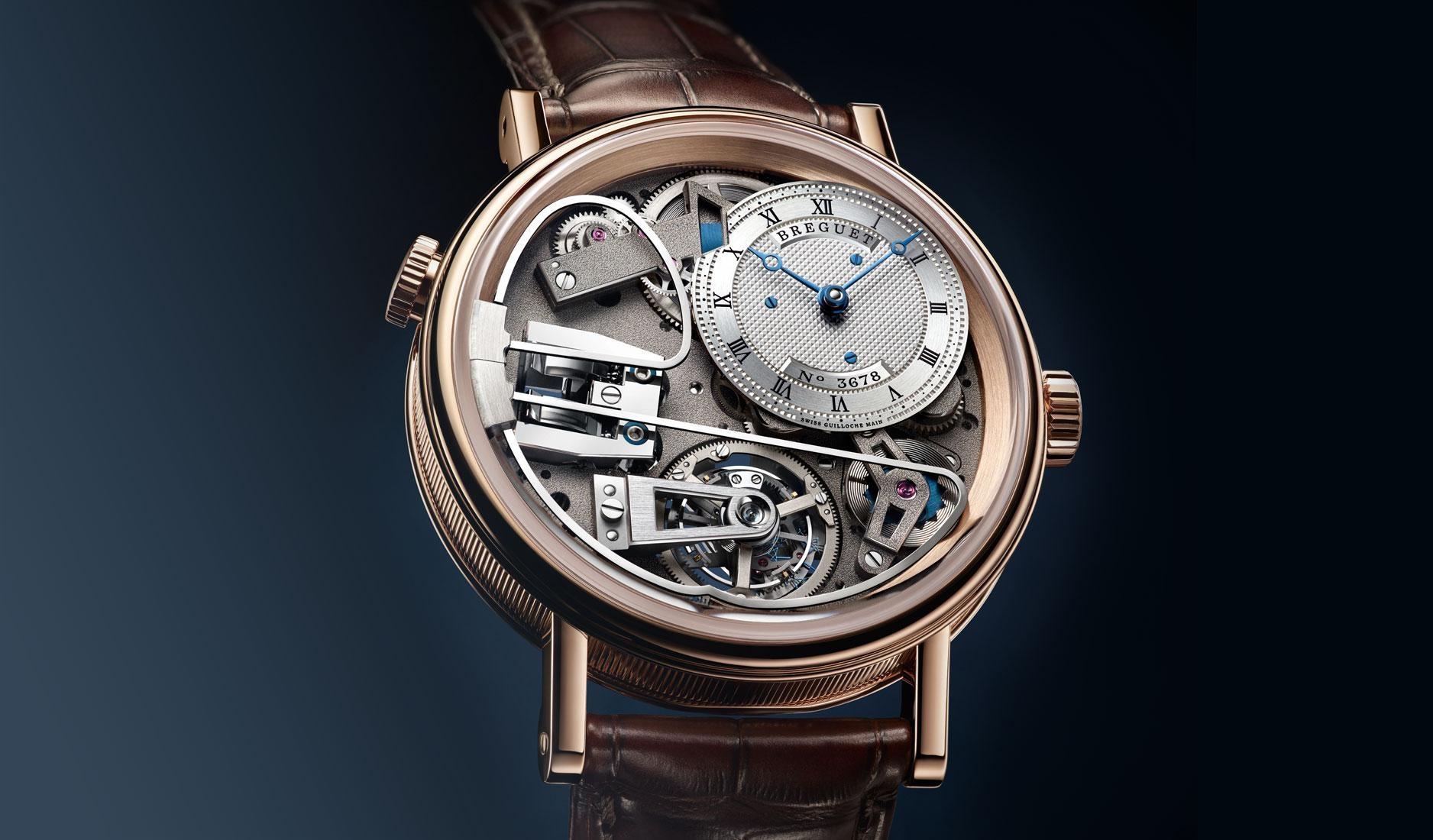 A multi-sensory delight, the Ref. 7087 sees the tourbillon playing a support role to a mechanically advanced minute repeater complication. Promising pristine chimes of the highest order, the timepiece features a number of key innovations, including a ‘radiating’ bezel that acts as a resonance chamber, vertically striking hammers, and a magnetic governor to reduce unwanted noise. 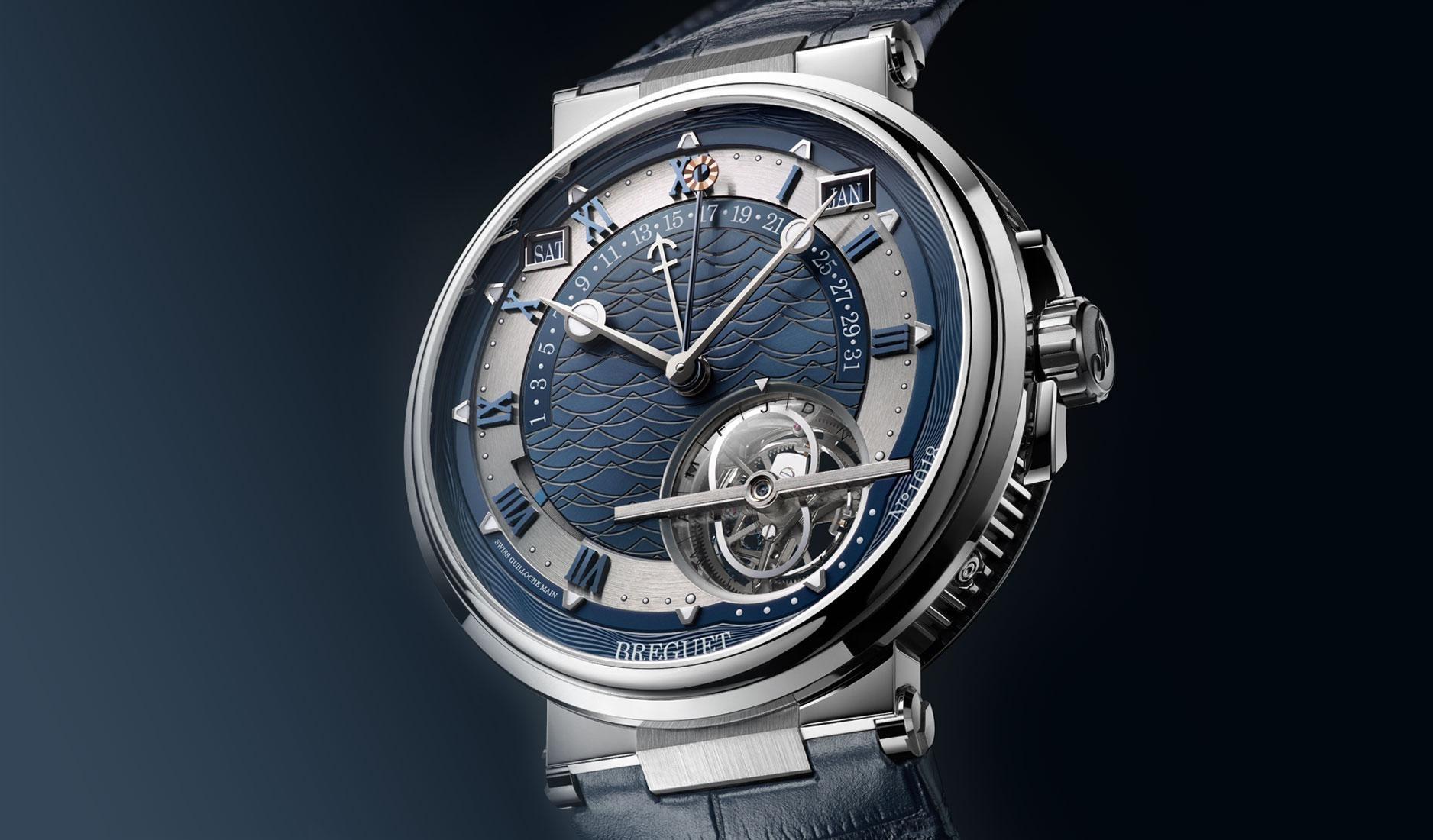 A staggering multi-complication that re-launched the Marine collection, the Ref. 5887 is one for moneyed connoisseurs. The watch’s main complication is the equation of time, which shows the difference between the ‘normal’ and ‘solar’ time, and is paired with a perpetual calendar and 60-second tourbillon. 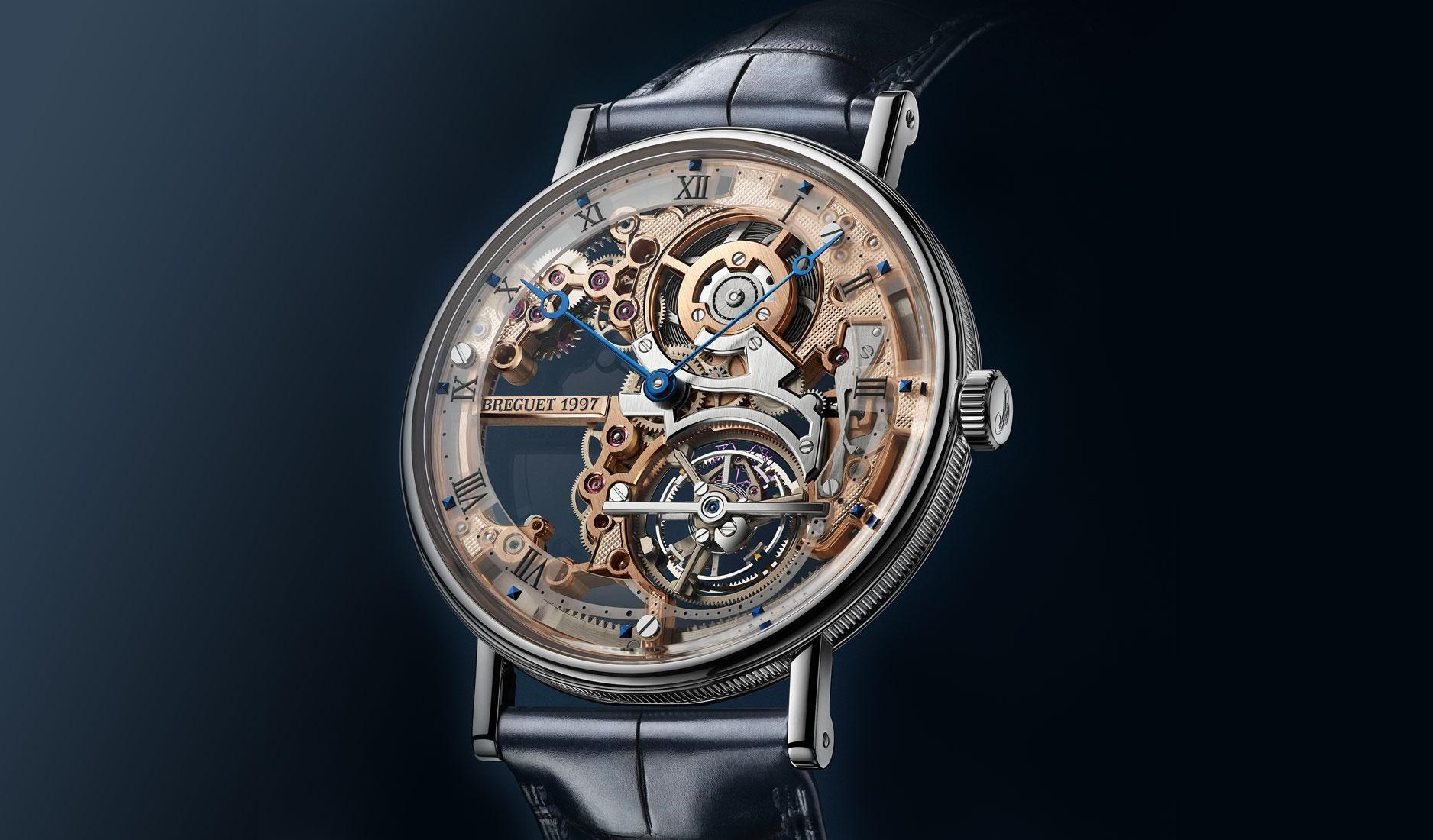 The newest addition to Breguet’s tourbillon hall of fame. The Ref. 5395 takes the blueprint of the extra-thin Ref. 5377 from 2012m and lavishes hand-hewn artisanship by skeletonising the ultra-svelte movement. It is a mesmerising piece of work that does justice to the tourbillon’s visually dramatic appeal.