Breguet gets its sports pitch right.

A faithful servant of traditional high-end watchmaking, Breguet has not only pretty much written much of the blueprint for how mechanical watches ought to look and perform (from the automatic movement to the tourbillon, these epochal innovations all bear the handiwork of founder Abraham-Louis Breguet), it has continuously sought to improve on these innovations to cement its reputation as a horological heavyweight. 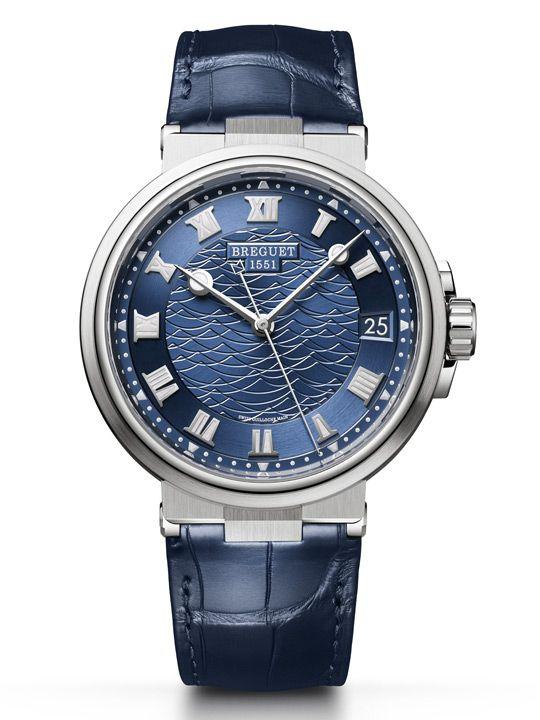 However, this commitment to mechanical art has its drawbacks. For the longest time, Breguet has failed to crack the code for the category of luxury sports watches; its esteemed collection of classic dress watches casting a long shadow over its more athletic expression. That is, until last year’s relaunch of the Marine collection, anchored by the Marine Équation Marchante 5887, a multi-complication that drew praise from collectors and critics alike. (Read about the watch here.)

This year, we see the trickle-down effect of the Marine Équation Marchante 5887, as Breguet rolls out three off-shoot lines – the Marine Musical Alarm 5547, Marine Chronograph 5527, and the object of our affection, the Marine 5517.

The ‘simplest’ model of the lot, the Marine 5517 is an automatic timepiece that distils the collection’s nautical spirit in its purest form. Design signatures, both big and small, that now distinguish the new Marine line, call out for your attention. The guilloche wave pattern on the dial, reworked lugs, seconds hand shaped to look both like a ‘B’ and a maritime flag, all combine to express the collection’s sea-faring inspiration. At the same time, the watches project an uppity refinement that befits Breguet’s stature. It is as if to say that this is not ‘just’ your run-off-the-mill luxury sports watch. 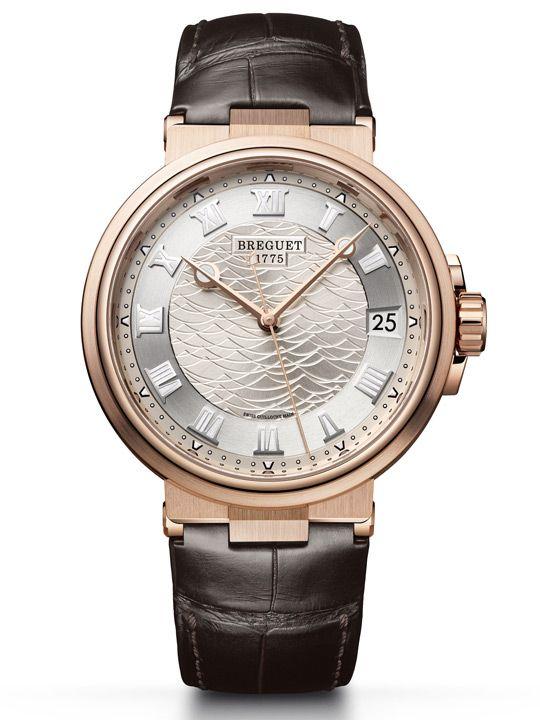 And the Marine 5517 isn’t one. The movement driving the watch is a modern engine – the Calibre 777A with silicon balance spring and 50 hours of power reserve. On the outside, the watch comes in three case options: white gold with blue dial (top), rose gold with silvered gold dial (above), as well as a tianium version with slate grey dial that does away with the ornate guilloche (below)– all baller-style precious metals that suggest a certain level of wealth, but without the haughtiness of an over-blinged sports watch. It is early days yet to compare the revamped Marine collection with other similarly themed luxury sports watches like the Nautilus or Royal Oak. But for those who know, the Marine certainly has the wind in its sails to power through. 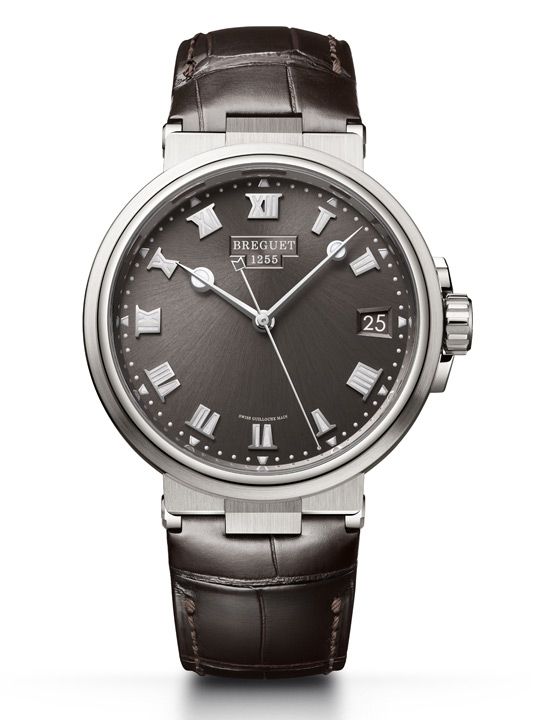