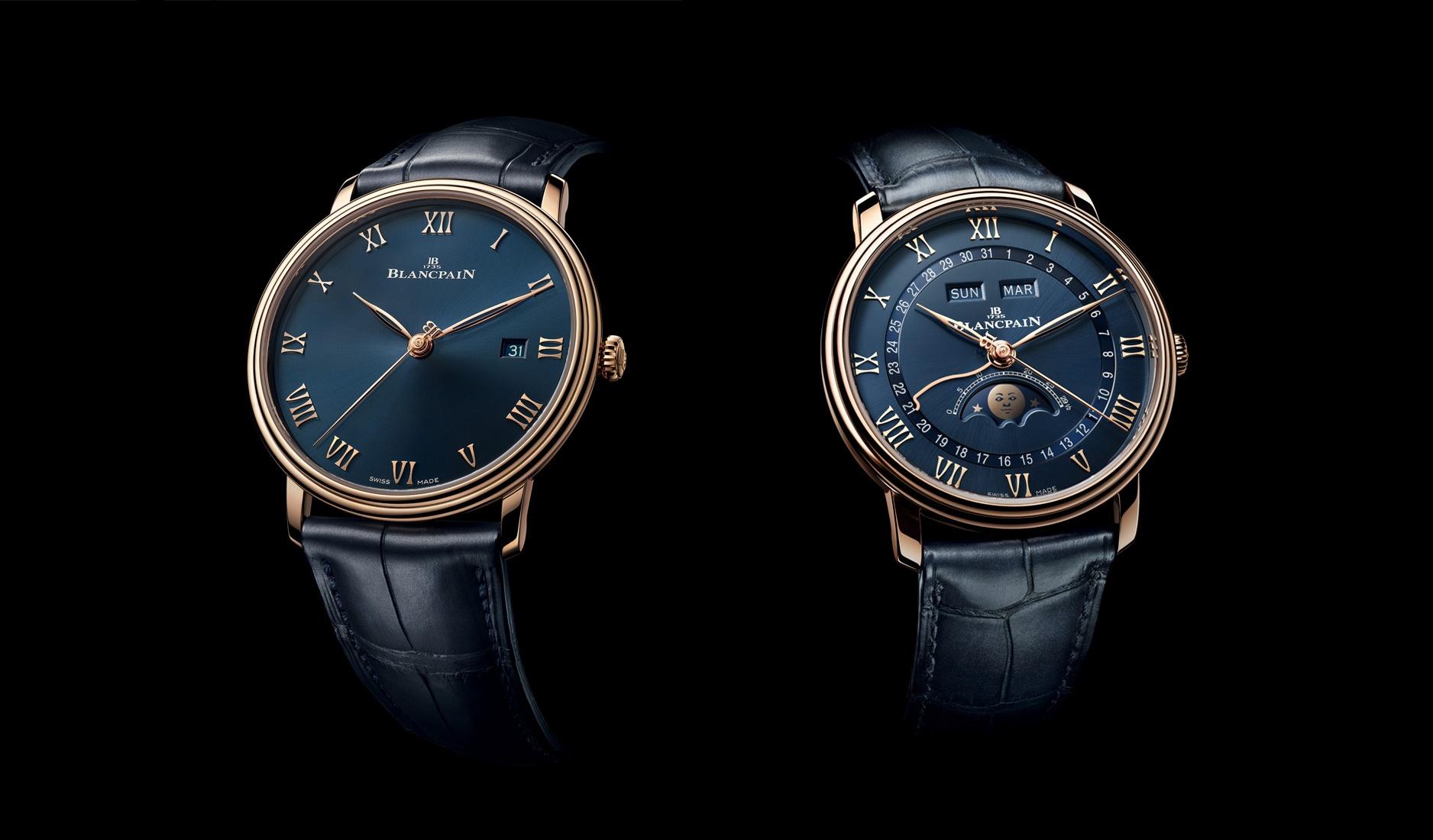 You heard it here first: blue watch dials are going to dominate the retail displays and your online shopping carts in 2020. Here, Blancpain, too, joins a happy chorus of brands to offer two timepieces with dials sheathed in what psychologists have said is the world’s most popular colour, and does a bang-up job of making the watches look masculine and dressy in equal measure.

The dials on the new Blancpain Villeret Quantième Complet and Villeret Ultraplate brim with a deep navy hue and a beautiful sunburst finish that gleams playfully when the dials catch the light. The effect is accentuated by the complementary shine of red gold, which encases both models, and used on the Roman numerals, hands and, for the Villeret Quantième Complet, the moonphase display.

Of course, Blancpain isn’t the first brand to recognise the delightful contrast between the red gold cases and blue dials, nor is this the first time it has employed this pair-up – the most recent being 2019’s Fifty Fathoms Automatic with red gold case, blue ceramic bezel and dial. However, the two new Villeret models seem like a long time coming, considering the fail-safe dazzle that this combination brings. 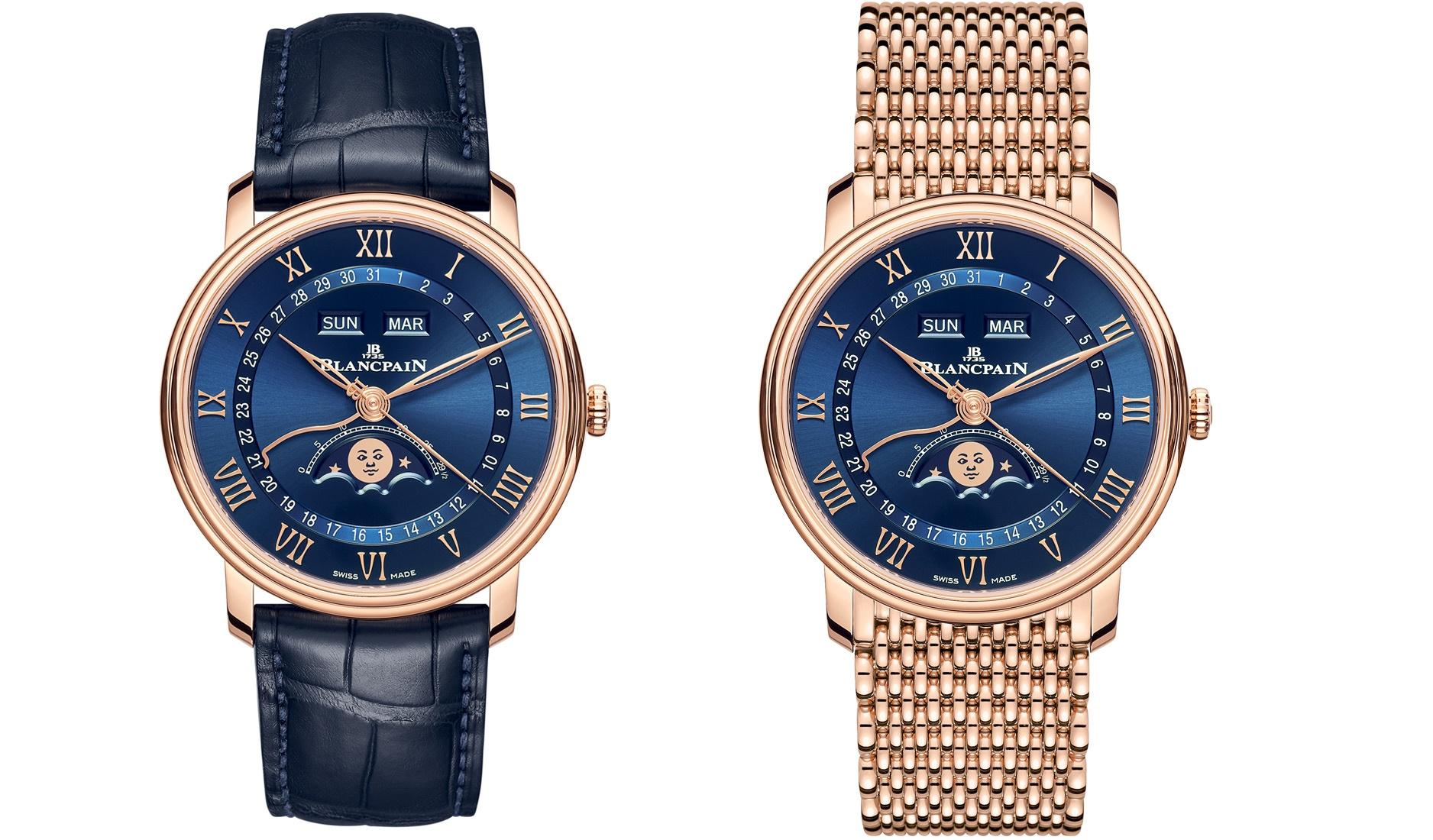 Belying the watch’s elegant demeanour, the automatic Calibre 6654 that powers the watch is robust; equipped to handle the various adjustments with a safety system that protects the movement when the user is setting the calendar display. It is also touted as one of the most user-friendly annual calendar watches on the market, featuring Blancpain’s patented under-lug correctors that allow the user to set the displays at a push of his finger.

The Villeret Ultraplate, on the other hand, flaunts its mechanical brilliance by way of its ultra-thin profile. 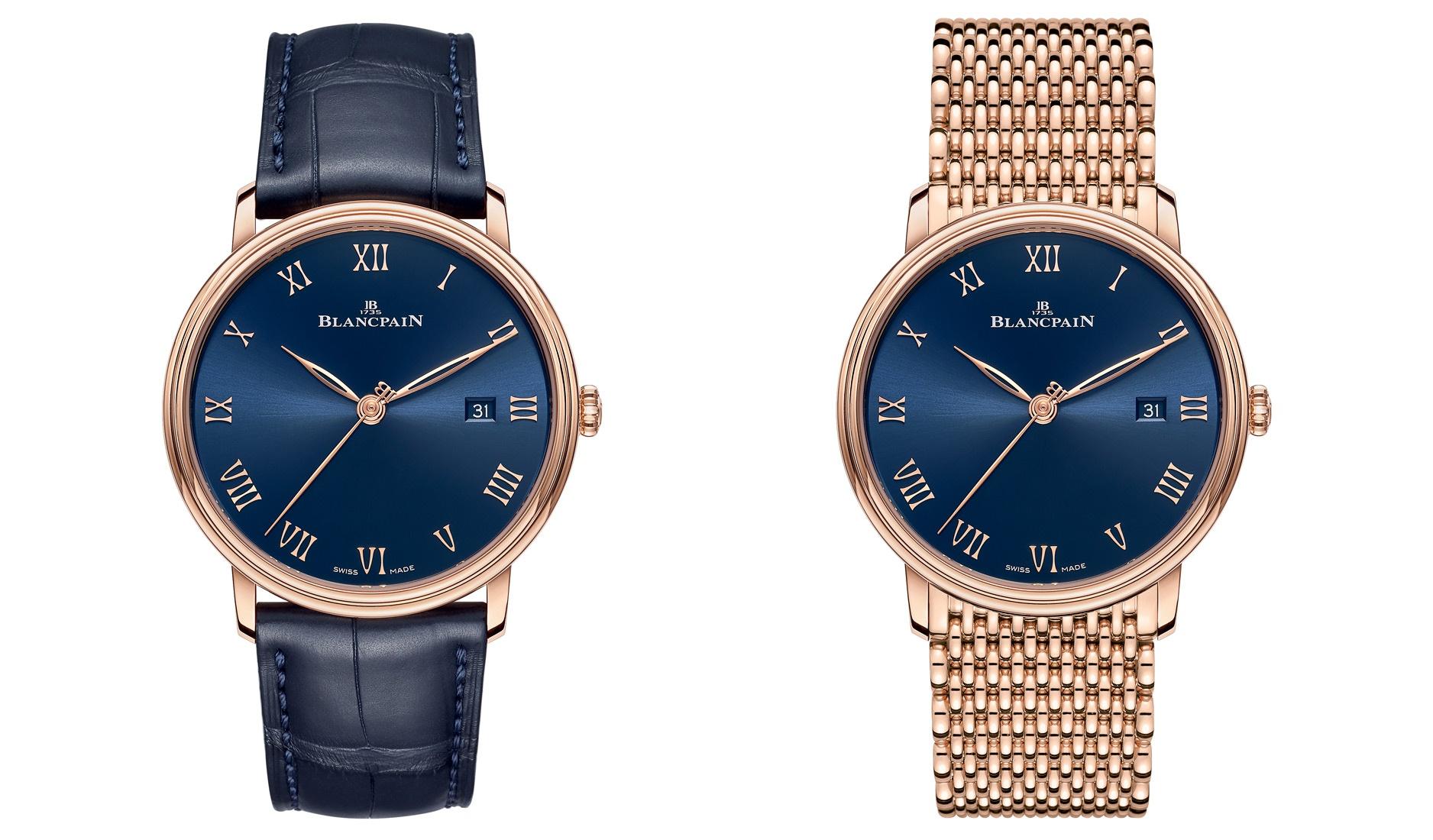 The watch’s stepped red gold case measures just 8.7mm in height, sliding as effortlessly under one’s shirt cuffs as it rests snugly on the wrist. Though exceedingly slim, the hand-wound Calibre 1151 that drives this watch is built with stamina in mind, offering up to 100 hours of power reserve, stored within its two series-coupled barrels.

Whether the technically complex Villeret Quantième Complet or the handsome Villeret Ultraplate, both rank among Villeret’s flashiest models, thanks to the regal red-and-blue combo. And even so, one gets to decide his appetite for ostentation – opting for a bit of subtlety with a leather navy alligator strap, or go full-on with a polished red gold bracelet.