Cortina Watch’s 50th anniversary celebrations are steaming along magnificently. The eminent watch retailer announces yet another commemorative limited edition timepiece to mark the occasion, this time with Blancpain, which is spicing up the congratulatory mood with a special 50-piece rendition of its popular Fifty Fathoms Bathyscaphe watch. 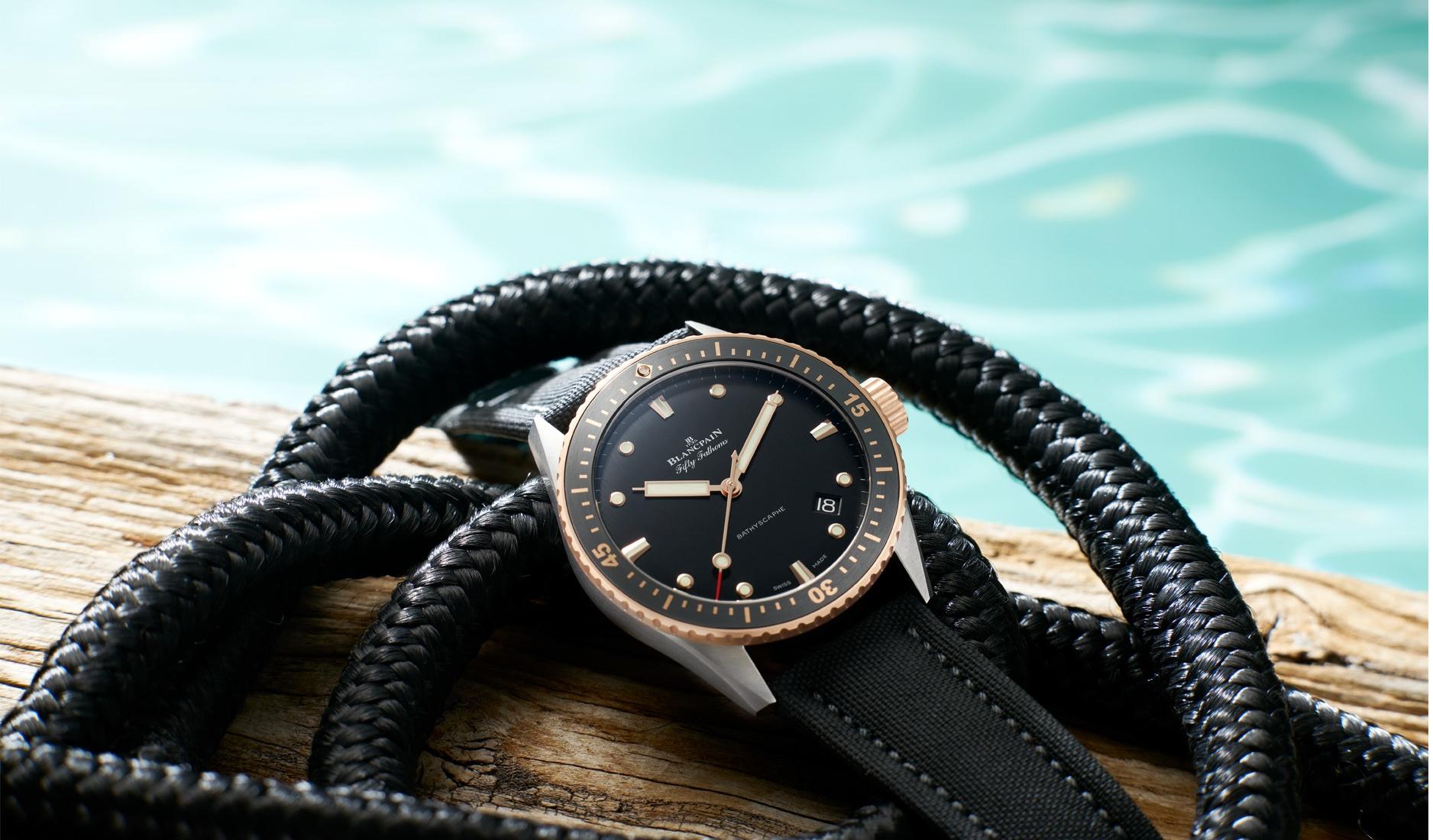 Hailed as the world’s first modern dive watch, Blancpain’s Fifty Fathoms is without question one of the most authentic dive watches in watchmaking history. Launched in 1953, after Blancpain successfully took up the challenge by military officers from the French frogmen unit to make military-grade timekeepers for combat and underwater use, the Fifty Fathoms set the standard with many groundbreaking features. Features like optimum underwater visibility with luminescent and high-contrast dials, top-notch watch resistance, and outer rotating bezel to mark remaining dive times, which anchored the original Fifty Fathoms, are now considered essential to modern dive watches. 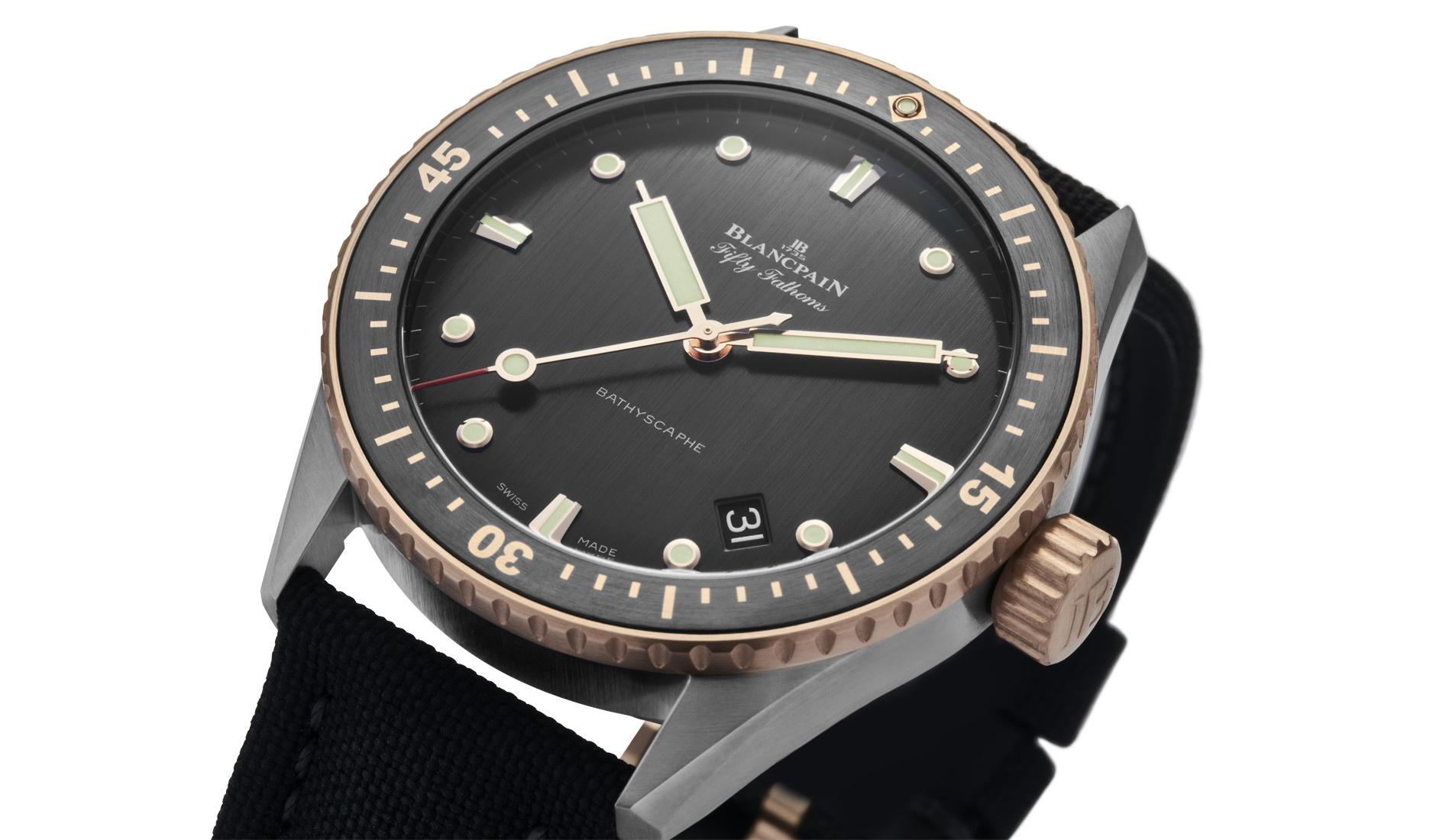 And the Cortina Watch Blancpain Fifty Fathoms Bathyscaphe Limited Edition does just that. A charming blend of regality and robustness, the watch comes in a 43mm titanium case that is capped with a unidirectional bezel in Sedna gold with ceramic inset and Ceragold markers. The combination of titanium’s light yet hardy qualities, and the gold bezel’s luxurious radiance sets the tone for the watch, echoing the Fifty Fathoms Bathyscaphe’s tool watch-inspired sophistication.

Driving home the watch’s message of exclusivity and performance, the Cortina Watch Blancpain Fifty Fathoms Bathyscaphe Limited Edition features a transparent sapphire caseback that shows off Blancpain’s in-house Calibre 1315. A proprietary Blancpain automatic movement, the Calibre 1315 is an innovative, high-performance engine that features three series-coupled barrels for optimum energy efficiency, offering up to five days of power reserve. The movement is also equipped with a silicon balance spring that fends off the effects of magnetism to ensure timekeeping precision. For the icing on the cake, the sapphire crystal back is inscribed with the words, ‘Cortina Watch 50th Anniversary Since 1972’ – the most significant sign-off on this timepiece. 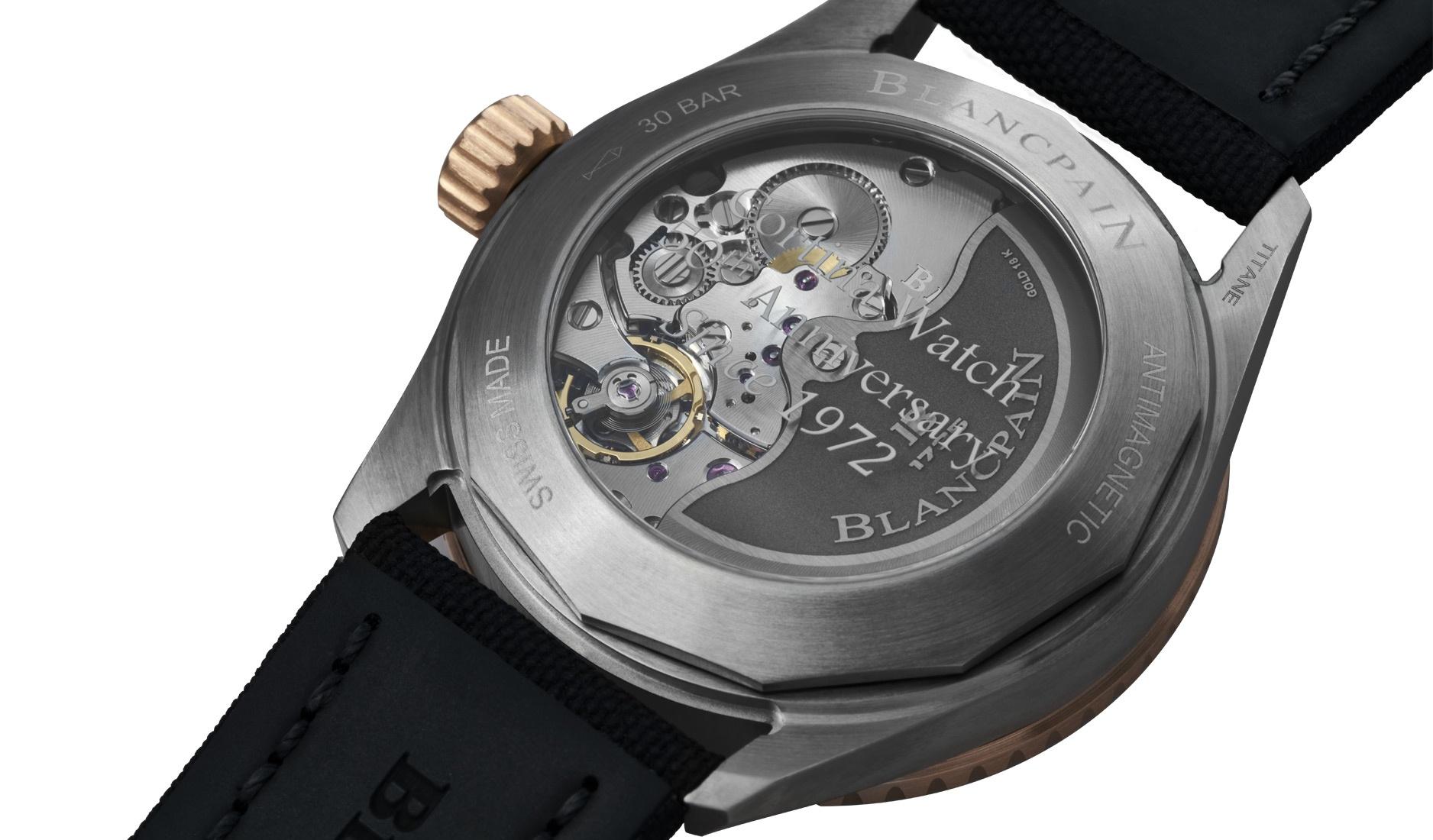 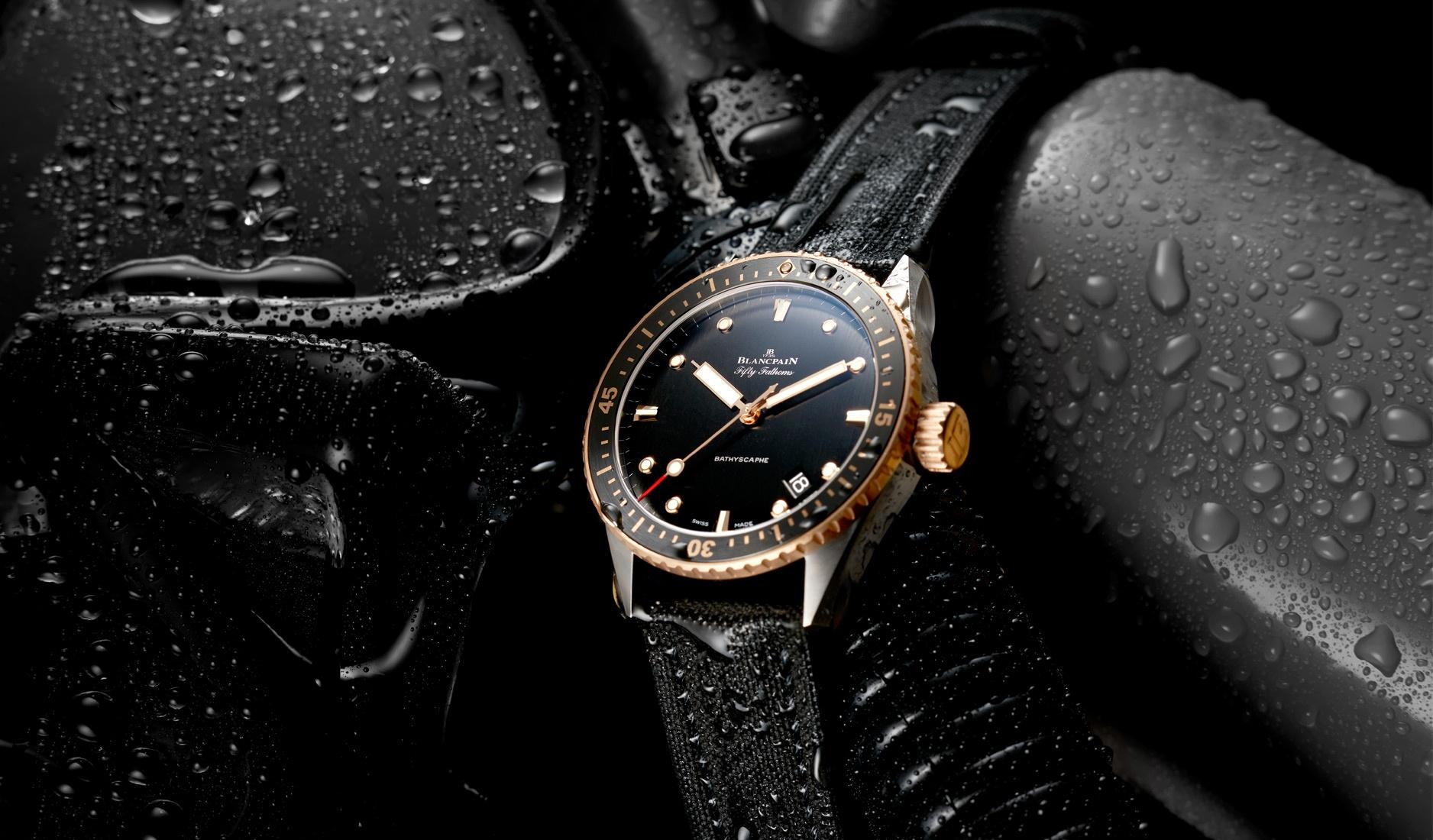