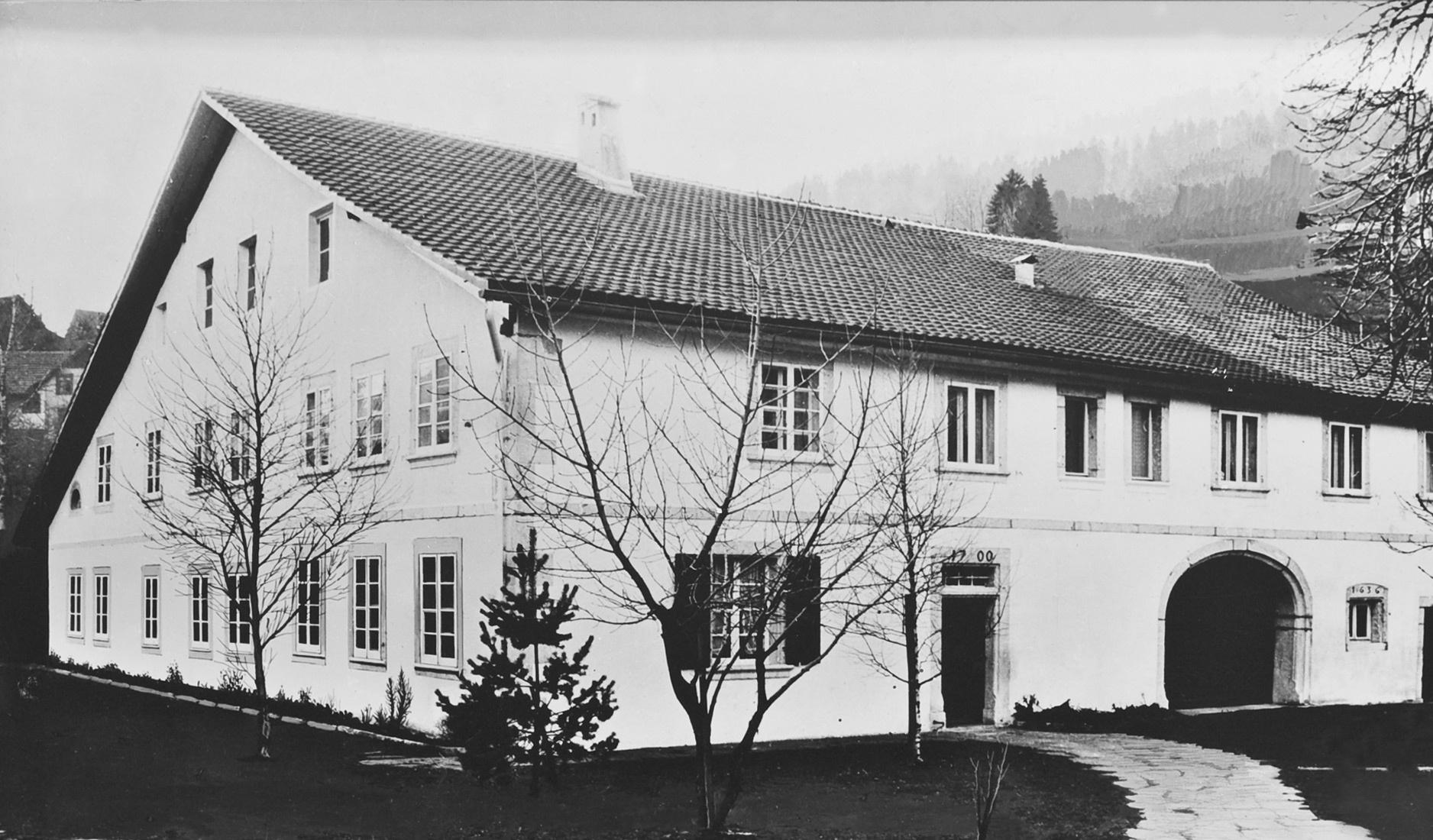 The farmhouse where Jehan-Jacques Blancpain started his workshop

Tough luck if you are a collector searching for a vintage Blancpain pocket watch from way back. Legend has it that schoolteacher Jehan-Jacques Blancpain, who founded his then family-run enterprise in 1735, refrained from signing off on timepieces as he was thought it alluded to cheap branding. Apparently, Jehan-Jacques, along with other proud watchmakers from the Vallée de Joux region, were disdainful of excessive commercialism. Like ‘proper’ artists, they believed that their work – not image – should always take centrestage. 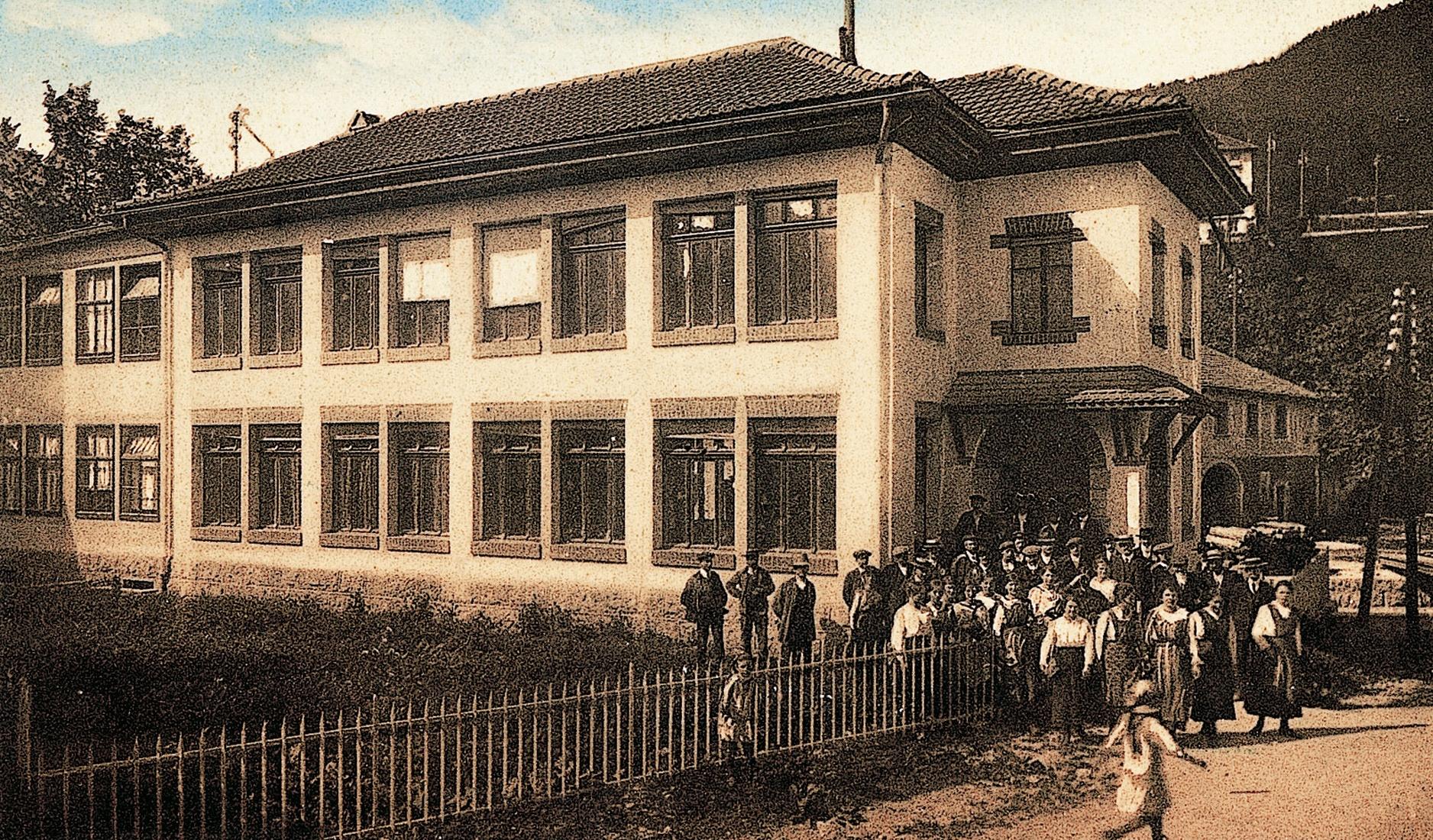 More than two centuries later, Blancpain has stayed pretty much the same; albeit having garnered more fame than its founder envisioned. And holding the title as officially the world’s oldest watch brand, the company certainly has the goods to back up its heritage. In fact, a number of key innovations that shaped the course of modern watchmaking were conceived by the brand. These include the ‘cylinder’ escapement from 1815, a precursor of modern watch escapements; and a collaboration with British watchmaker John Harwood to create the world’s first automatic winding wristwatch in 1926. 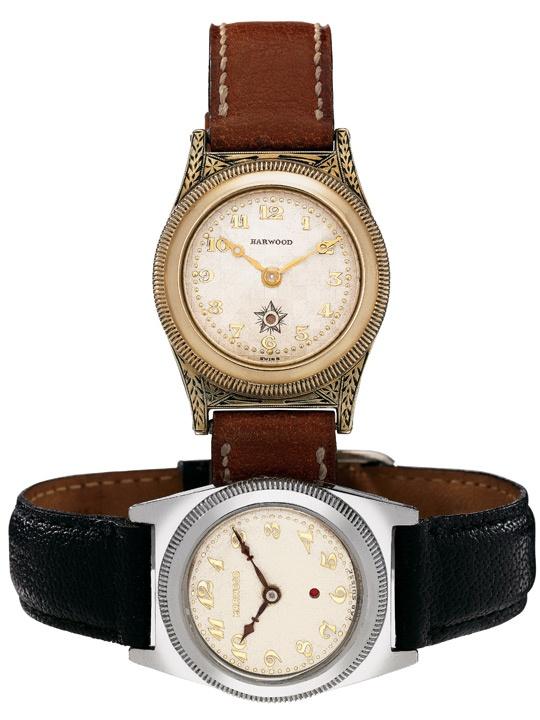 Sports watch fans, meanwhile, will recognise Blancpain’s epochal Fifty Fathoms dive watch that was launched in 1953. Originally commissioned by French naval frogmen, the collection set the blueprint for modern dive watches. Components found in the original, such as a uni-directional rotating bezel to measure remaining time left for oxygen supply, as well as screw-down crown system to ensure water resistance, are now must-have features in any quality dive watch. 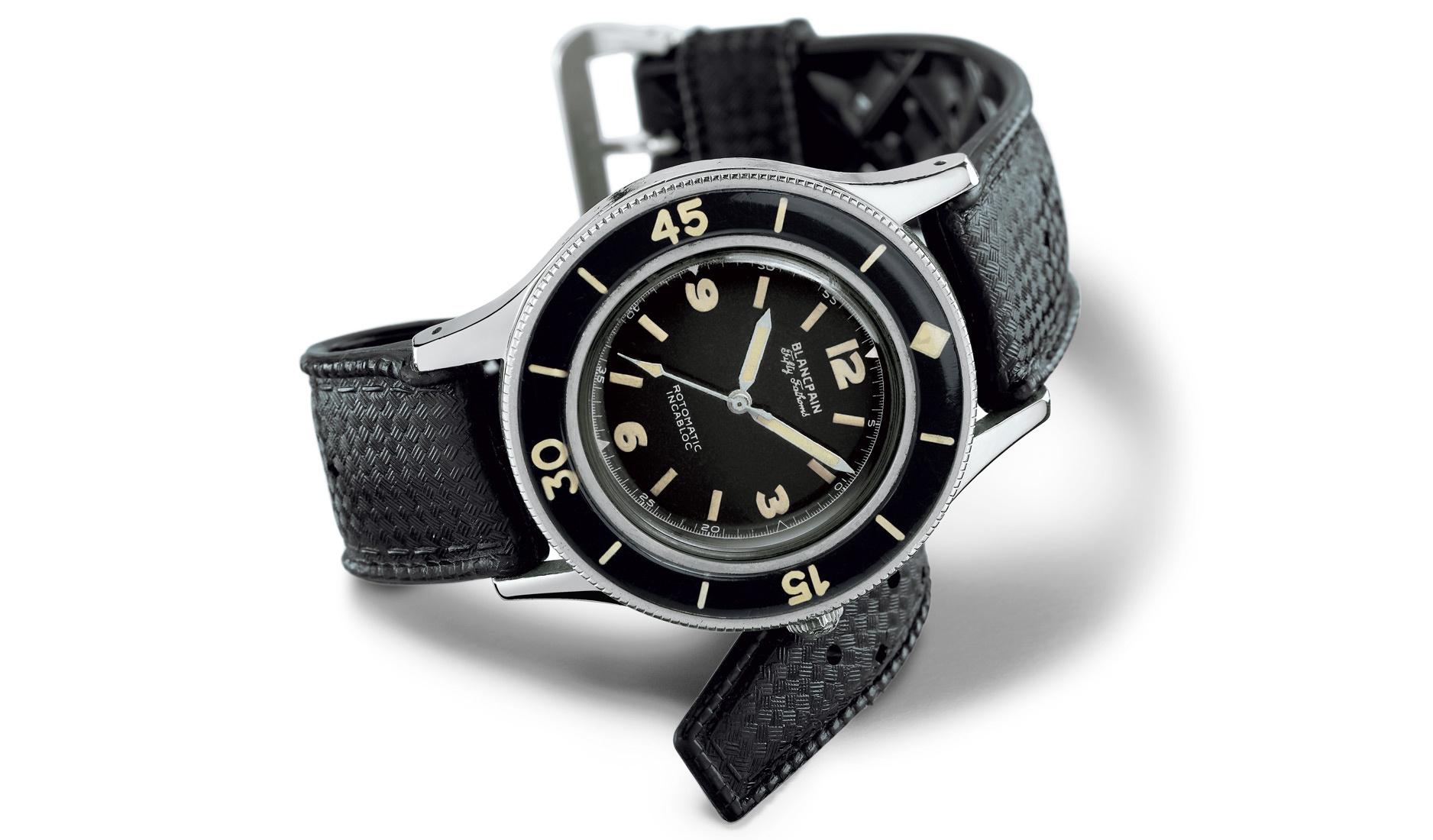 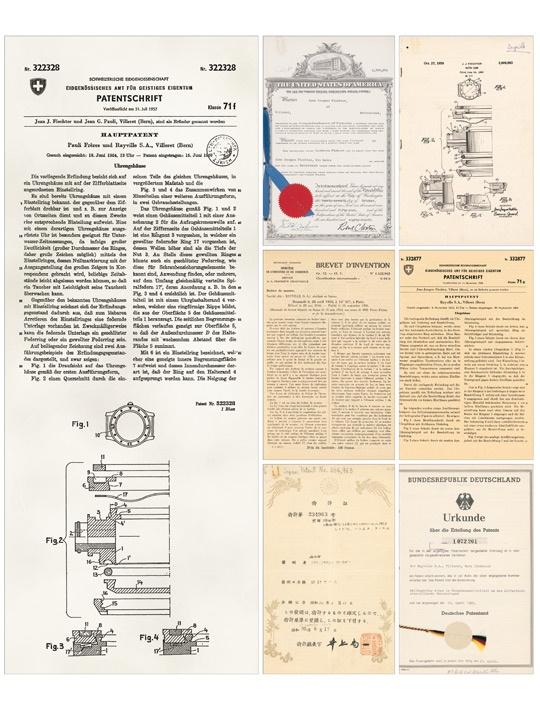 Archival copy of some Blancpain patents

Today, the brand continues to push the envelope. Among its modern-day watches’ best-known qualities are long-lasting power reserve, as well as easy-to-operate calendar functions. Blancpain’s top-of-the-line watch collection, which spans refined dress watches to sophisticated complications, is named ‘Villeret’, after its native village and municipality in the Vallée de Joux. Meantime, the Fifty Fathoms range anchors its sports collection, while the Metiers d’Art line pushes the limits on decorative horology. Here are some of the brand’s highlights from the past decade. 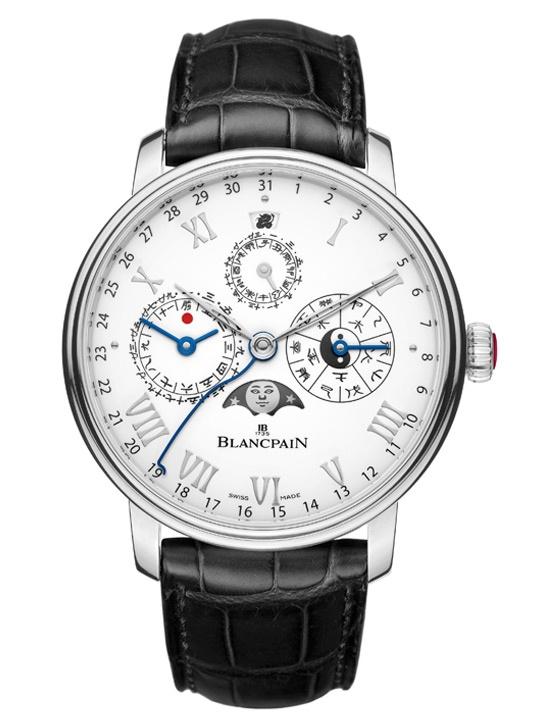 A jewel in Blancpain’s richly decorated complication crown, the Villeret Calendrier Chinois Traditionnel took five years of research and development before coming to fruition. While clearly made to woo Chinese collectors, the watch also demonstrated Blancpain’s prowess in calendar complications with its never-before-seen full Chinese calendar display. The first and only watch of its kind in the world, it combines basic time-telling functions with elements of the Chinese calendar, including cycles of the zodiac and five elements with 10 celestial stems. 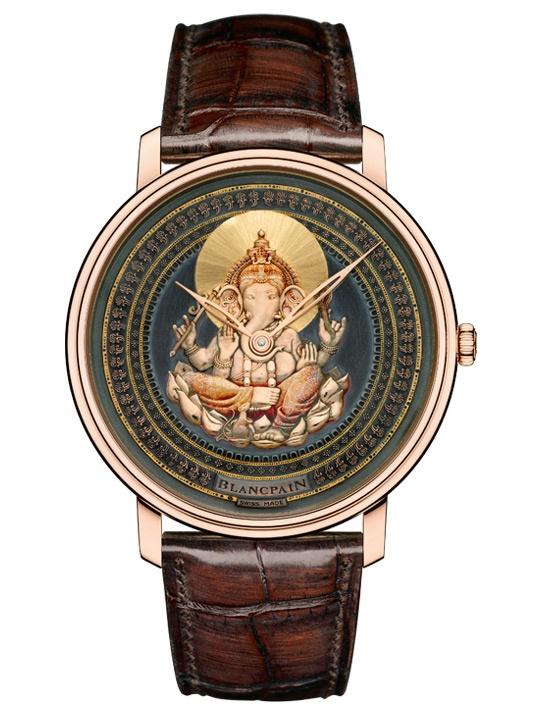 Blancpain’s ornamental Métiers d'Art watches often see the brand experimenting with various decorative techniques. One that has been seared into our memory is this piece that depicts Hindu god Ganesh on the dial. The dial features shakudō , an alloy composed of gold and copper that’s historically adorned jewellery, ornaments and swords. What makes shakudō so engrossing is its rich patina, usually ranging from blue to black. To achieve it, a copper-acetate solution known as rokushō is applied to induce patination. As more is applied, the colour grows progressively deeper. The technique allows for a nuanced aesthetic, and was historically paired with engraving and ornamentation. 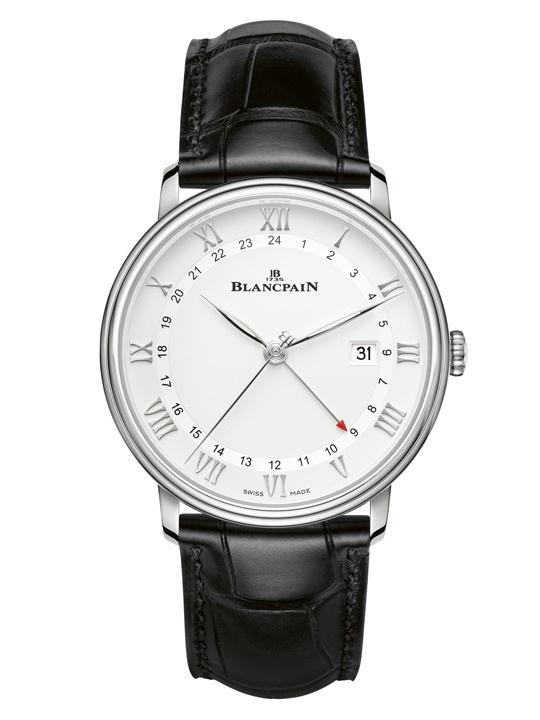 While the Villeret collection is known for its refined elegance, the watches are also built with practicality and ease-of-use in mind. Legibility is guaranteed by way of a separate red-arrow hand pointing to the second-time zone on a 24-hour scale, and an all-in-one crown that allows you to set the time for both time zones. The watch comes in steel and red gold versions, and we'd go for the former. Priced at S$16,600, it is ‘just’ two grand more than the Villeret Ultra-Thin in steel, while packing in a heavyweight complication. 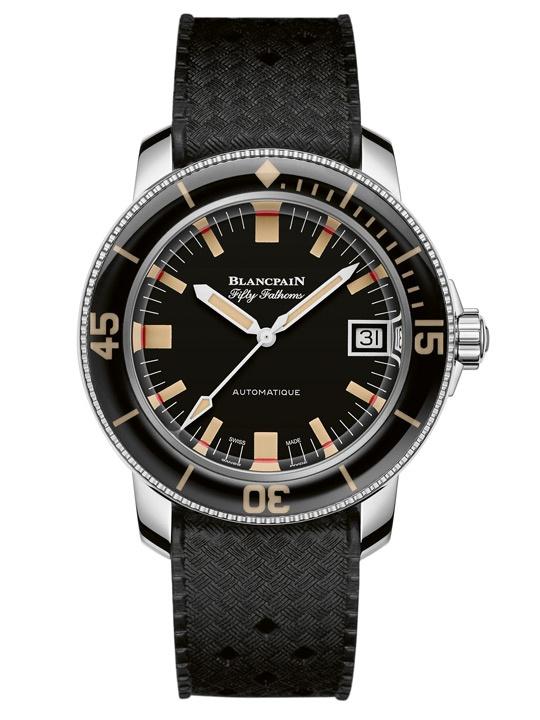 Limited to 500 pieces, Blancpain’s recent iteration of its pioneering dive watch is based on a vintage model that was supplied to the German military back in the 1960s (at that time, Blancpain had supplied different versions of the Fifty Fathoms to many of the world’s marine corps). Rocking a delectable retro-inspired demeanour, the Fifty Fathoms Barakuda is a modern send-up, deftly combining the original’s distinctive features like the old radium hands and indexes (reproduced using beige Super-LumiNova) with a contemporary uni-directional bezel with domed sapphire insert. 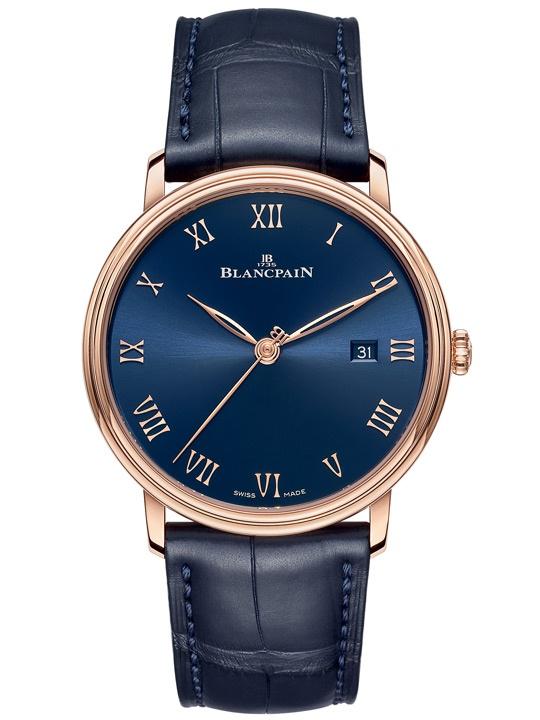 The Villeret Ultraplate’s functions may be ‘basic’ but the watch showcases Blancpain’s mechanical brilliance by way of its ultra-thin profile. Though exceedingly slim, the hand-wound Calibre 1151 that drives this watch is built with stamina in mind, offering up to 100 hours of power reserve, stored within its two series-coupled barrels. For 2020, the brand issues a new iteration of this timeless classic featuring a red gold case that measures just 8.7mm in height, and is paired with a rich blue dial.