These women must’ve been real knockouts if the sheer power of their beauty could “put flowers to shame” and caused “the moon to shy away in embarrassment”. No doubt, those accolades were written by scribes with an active imagination and penchant for hyperbole, but still, China’s famous ‘Four Great Beauties’ were stuff of legend and oft-referenced to this day. 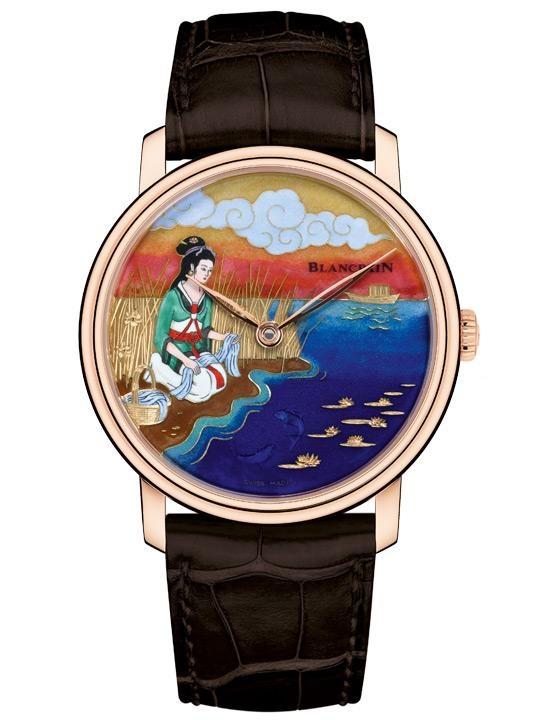 The ‘Four Great Beauties’ comprise Xi Shi (7th to 6th century BC), Wang Zhaojun (1st century BC), Diao Chan (3rd century BC) and Yang Guifei (719 to 759). Utmost attractiveness aside, the women were known for forging intense relationships with the various emperors across the different dynasties, often resulting in wars and imperial feuds. 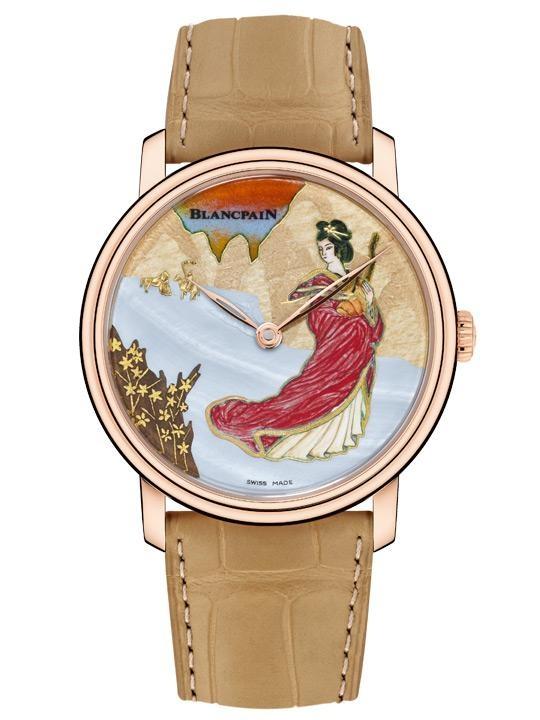 Their stories are full of mystique and intrigue, and now, they form the basis of inspiration for Blancpain’s latest Métiers d’Art collection. Each beauty is accorded her own dial, depicted primarily using the grand feu champlevé enamel technique, with the exception of the model featuring Diao Chan, which showcases the shakudo and engraving techniques. 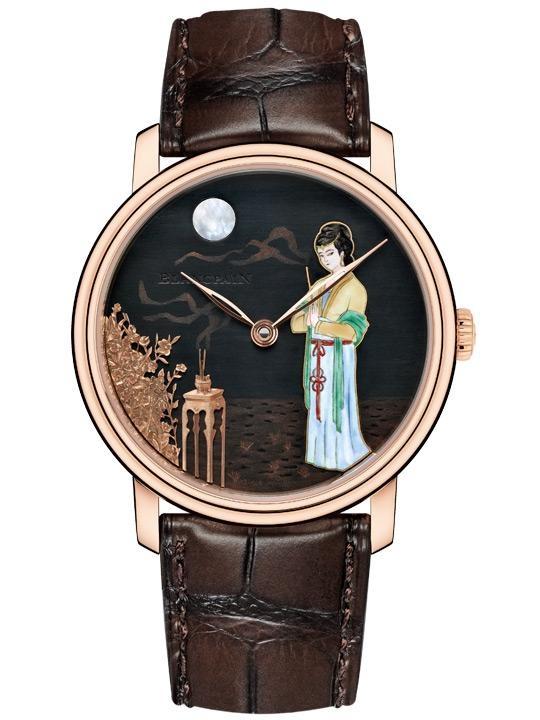 For those who are unfamiliar, the grand feu champlevé enamel technique is one that requires the craftsman to hand-carve shapes and patterns on a solid gold dial, before coloured enamel is applied and fired in an oven of up to 800°C, layer by layer until the right hues and achieves. Shakudo, on the other hand, is a technique whereby the engraved dial, made of a gold and copper, is immerse in a special bath to achieve a unique patina. 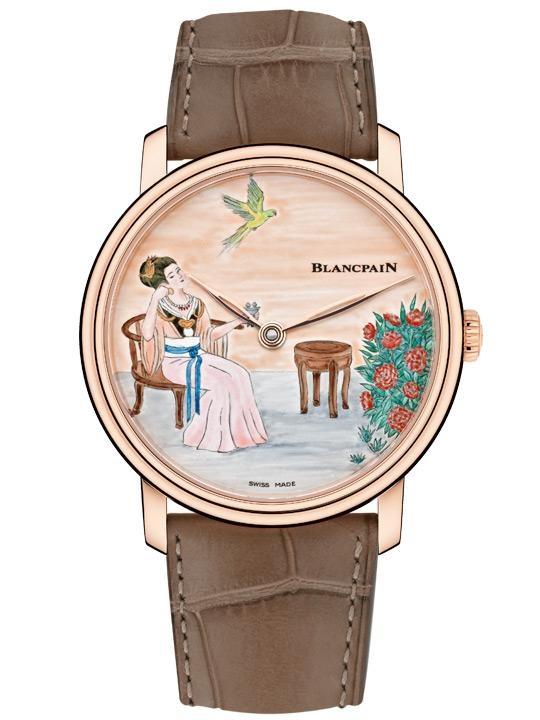 The four pieces in this Métiers d’Art series are housed in 42mm red gold cases and are driven by the hand-wound Calibre 13R3A with eight-day power reserve.