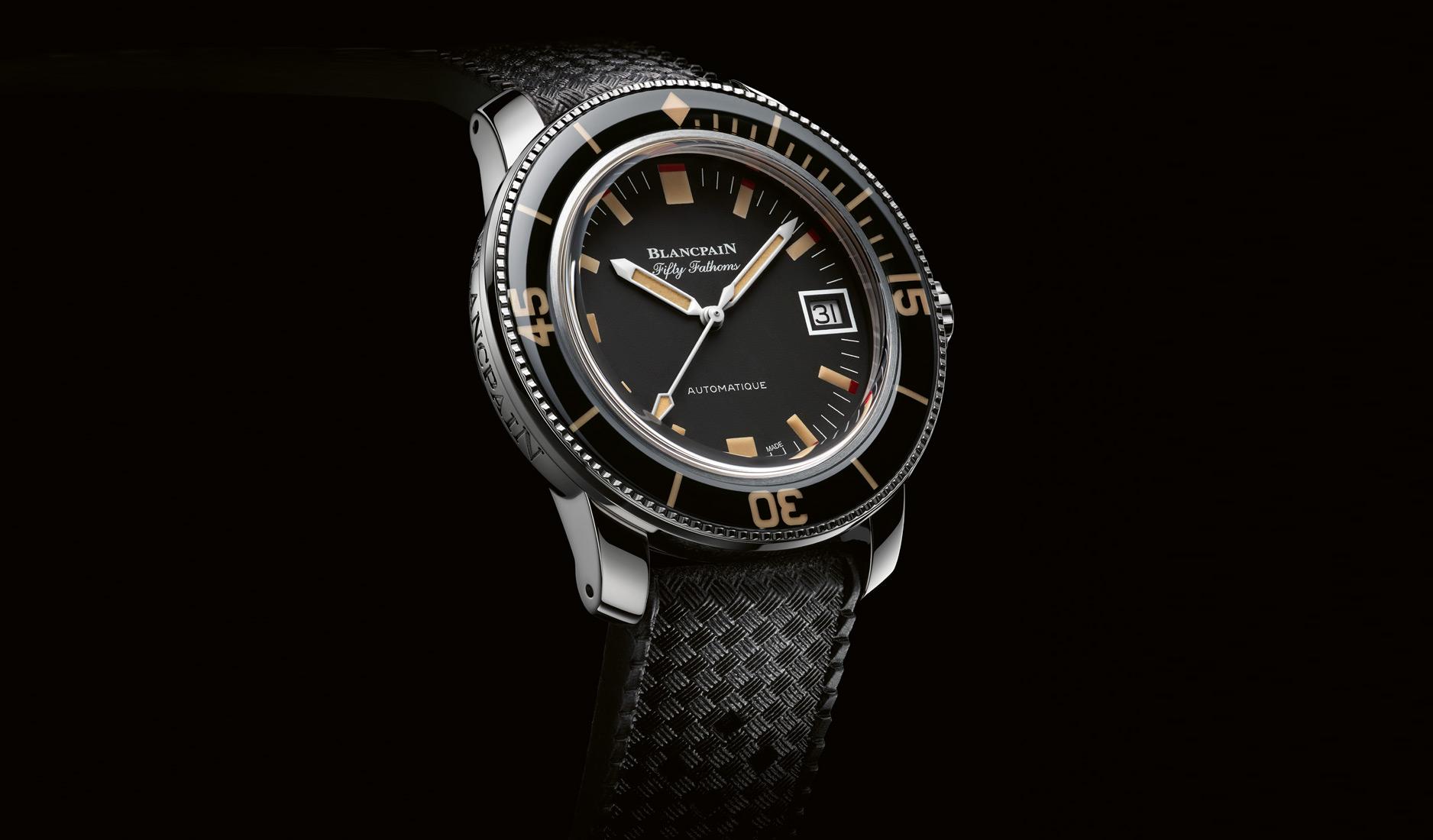 Blancpain’s storied Fifty Fathoms collection is a veritable historical treasure trove and, this year, another of its unique legacies comes to light in the form of the Fifty Fathoms Barakuda, a watch that harks back to the 1960s during the ascent of the collection.

The world’s first bona fide dive wristwatch, the Fifty Fathoms debuted in 1953 as a military-grade dive instrument and quickly became the standard bearer for all deep-sea tool watches. In fact, key dive watch features pertaining to minimum water resistance, legibility and safety that were originally established in the first Fifty Fathoms watch eventually found their way into modern-day ISO standards, with the ISO 6425 established in 1996.

Among the Fifty Fathoms’ first adopters were the French military combat swimmers and, shortly after, military forces from around the world, including the German, British and US Navies. The Fifty Fathoms Barakuda hails from this particular era; an offspring of civilian watches that were modelled after the military issues made for the German Bundesmarine during the 1960s. If you are wondering, the name Barakuda is taken from the local company that supplied those watches to the German military. 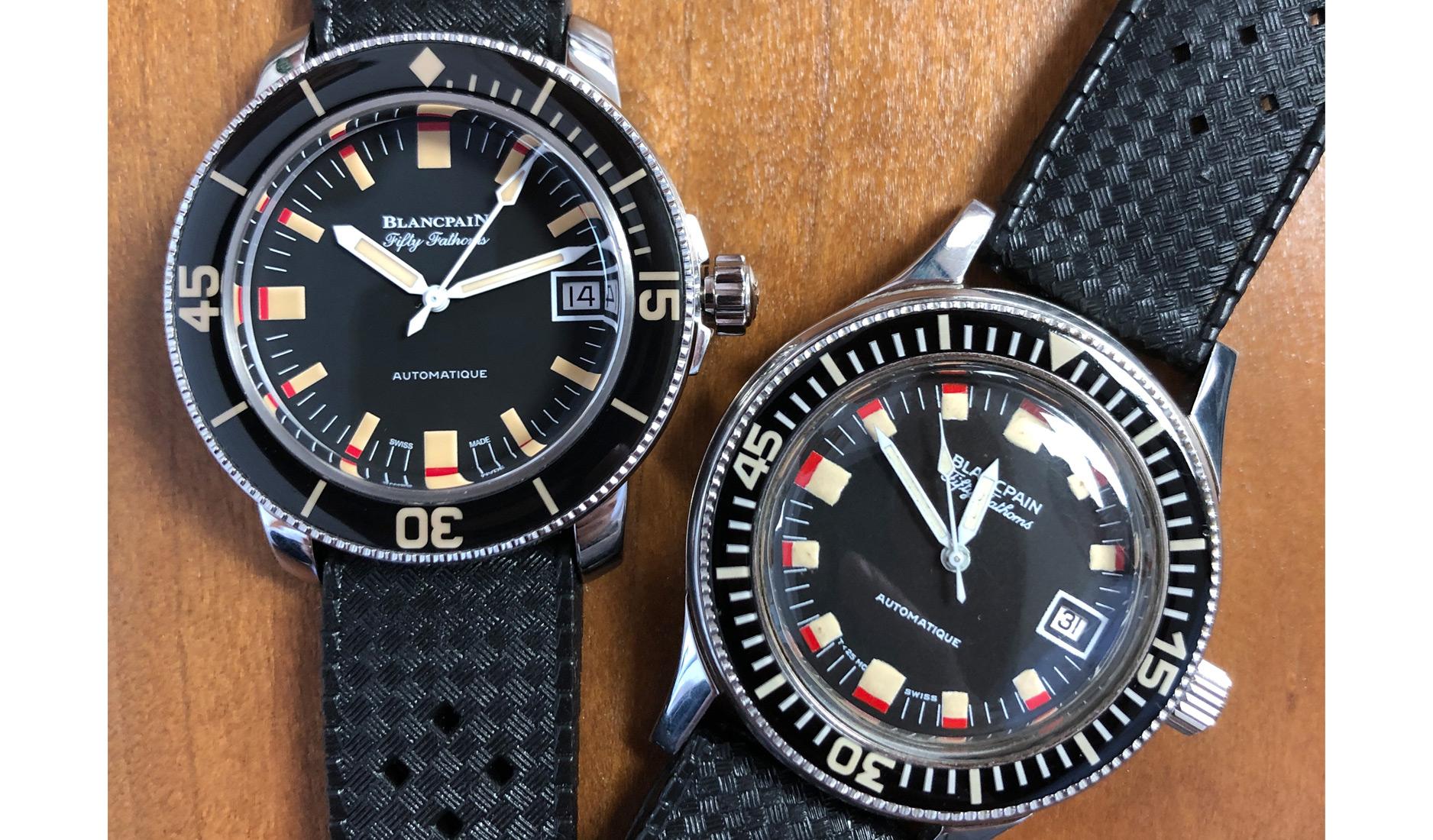 The new Blancpain Fifty Fathoms (left) and the original.

In making the new Fifty Fathoms Barakuda, Blancpain ensures it is faithful to the spirit and style of the original. An unabashed homage to the past, the watch is limited to 500 pieces and will appeal to collectors who like sensibly sized sports watches. Also, the retro-inspired aesthetics are not mere OTT embellishments but carefully considered tributes to the original timepiece. 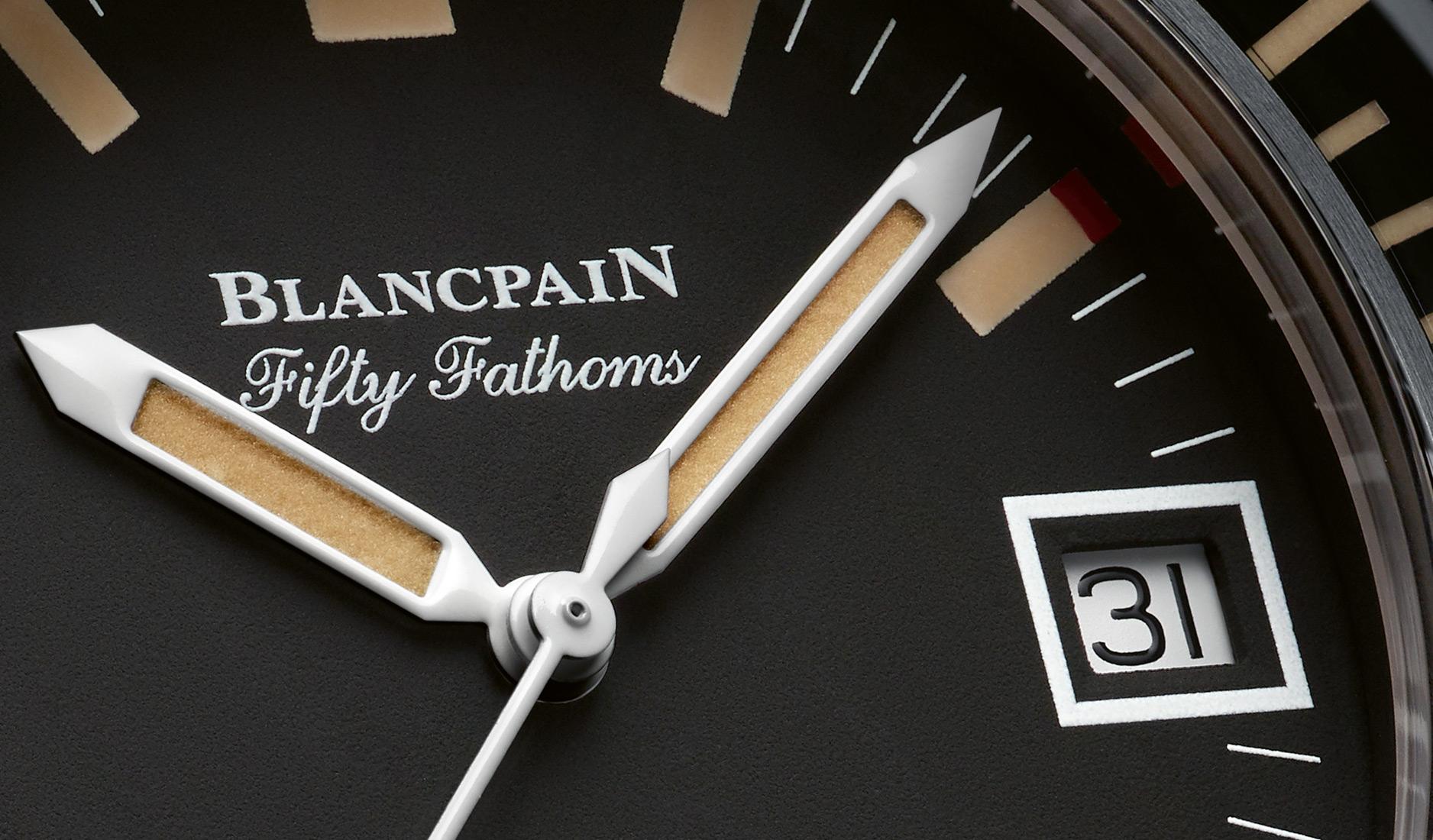 The simplicity and stark legibility of the hands-and-date display is accentuated by the eye-catching Super-LumiNova coating on the hands and markers, which brandishes a beige-y hue that resembles that of aged radium. Elsewhere, the date window at three o’clock, the brand logo, model name and ‘Automatique’ inscriptions on the dial recall that of the original. Even the tropical rubber strap featuring a weave pattern is similar to the one used on the historical model. 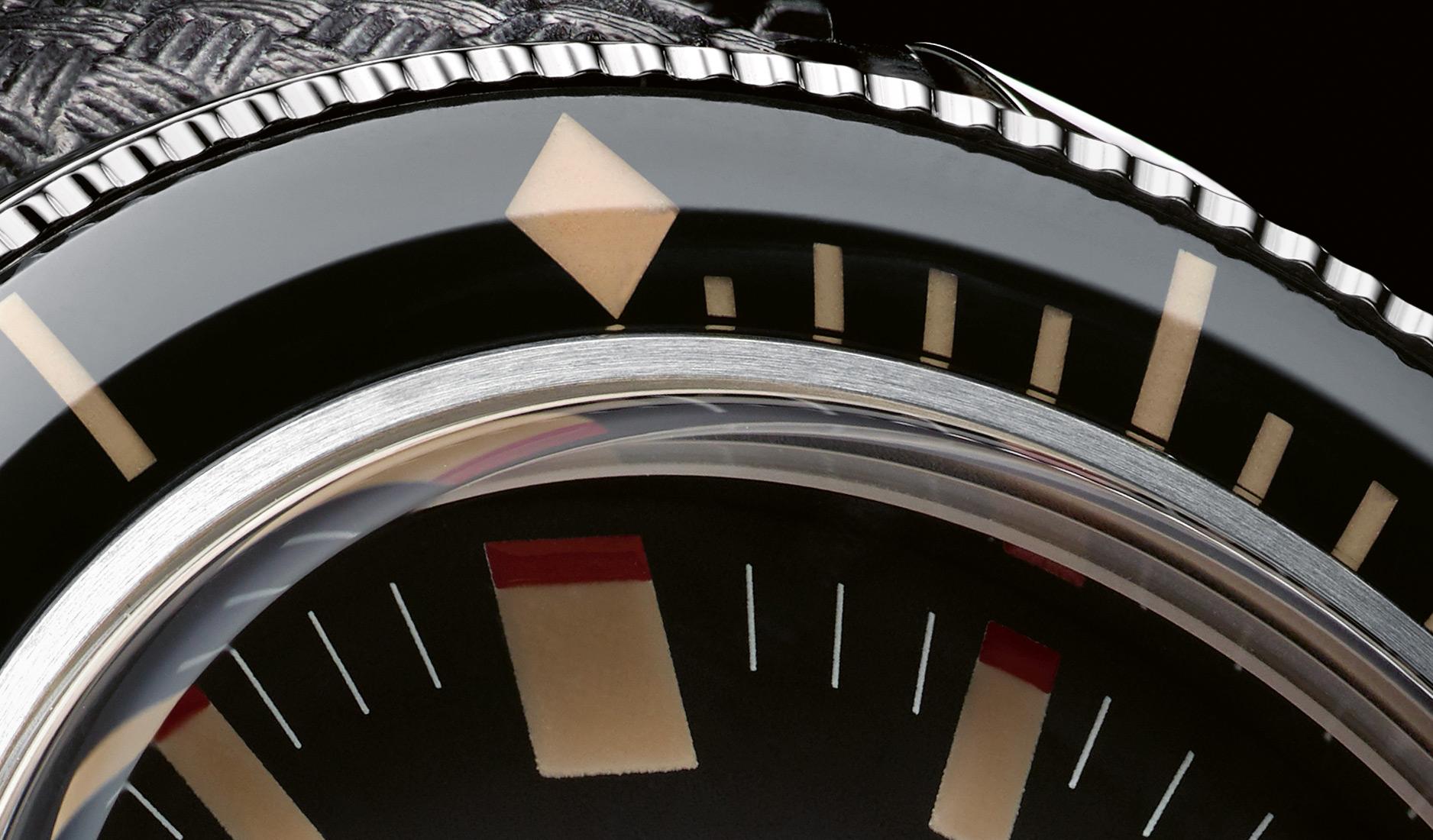 There are upgrades, of course. The unidirectional bezel, for one, comes with scratch-resistant dome sapphire crystal insert – a Blancpain innovation from 2003. Powering the watch is a twin-barrel automatic movement that accords approximately 100 hours of power reserve. Despite its appearances and wistful nostalgia that it evokes, the Fifty Fathoms Barakuda ought to perform like a contemporary tool watch, after all. 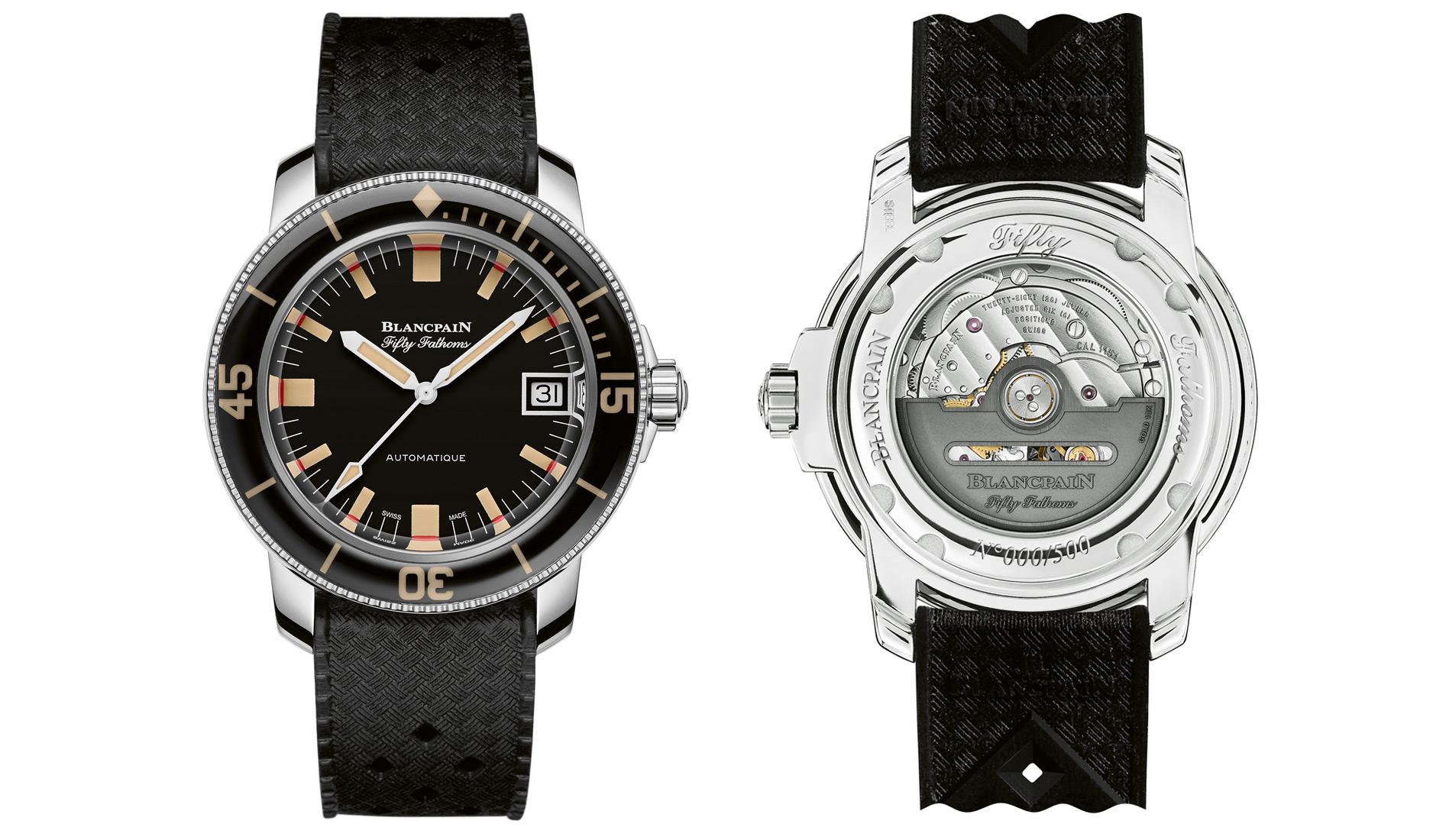