Another capricious flight instrument-inspired limited edition to add to the collection.

Sometimes we wonder if Bell & Ross is ever going to run out of flight instrument panel displays to transpose. Since its debut in 2010, Bell & Ross’ ‘Flight Instruments’ series has co-opted everything from radar screens to altimeters on the watches’ dials. In fact, if you had lined the watches up in an aircraft’s cockpit, we’d imagine that even trained pilots would have had second takes, as the timepieces really look like they belong among the legit aviation gauges. 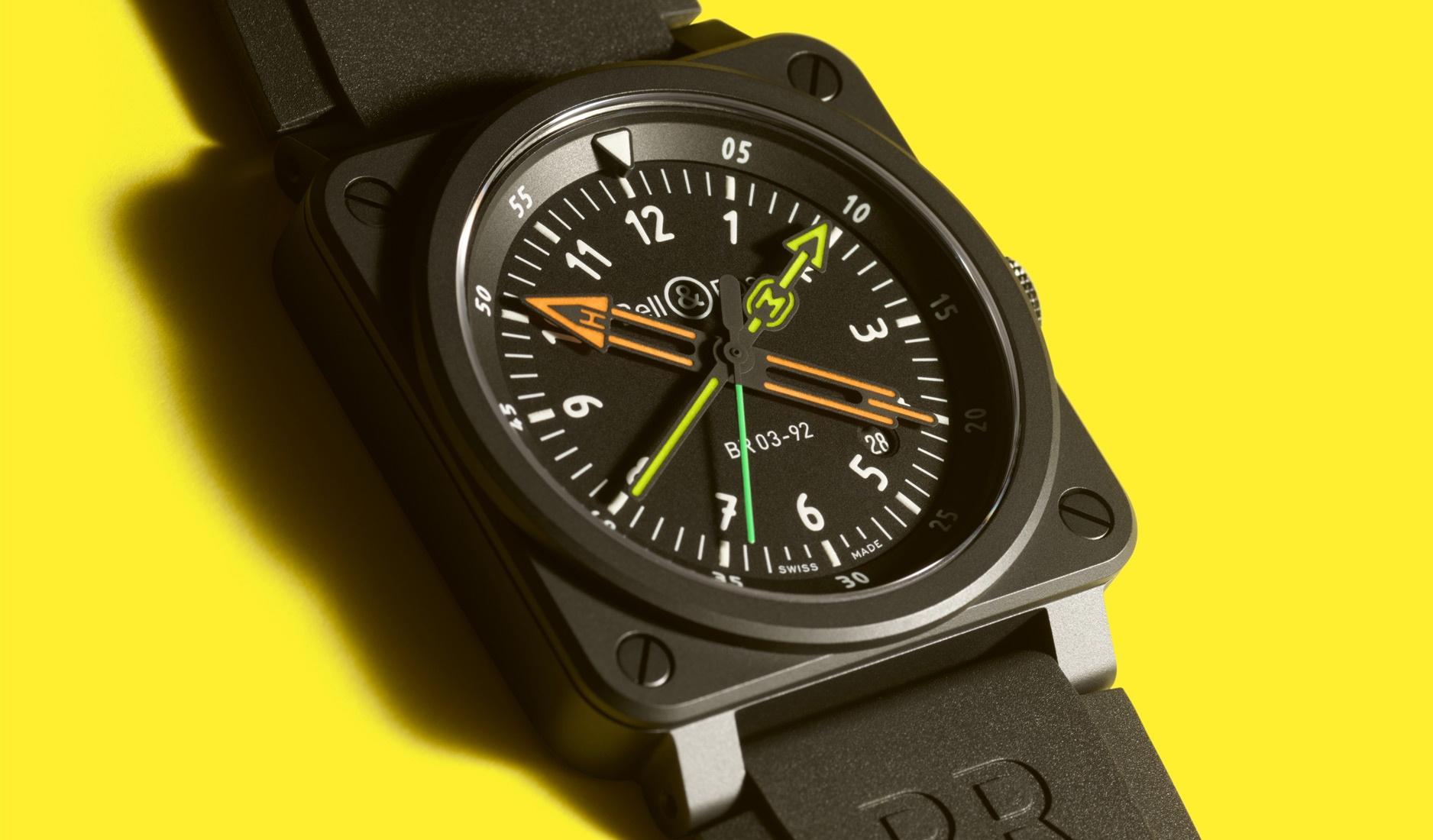 But back to our initial thought. The answer to that, we suppose, is not yet. Now, we don’t claim to be experts on aeronautical equipment, but if the new BR 03-92 Radio Compass is anything to go by, we believe that Bell & Ross’ cache of in-flight design inspirations is far from exhausted.

Similar to earlier ‘Flight Instruments’ models like the BR 01 Climb that depicts the variometer (an instrument that shows the rate of an aircraft’s climb and descent) and the BR 01 Heading Indicator that recalls an aircraft’s gyrocompass that shows where the plane is, well, heading, the BR 03-92 Radio Compass depicts yet another essential flight instrument display that aviation-illiterate watch lovers like us are unaware of. 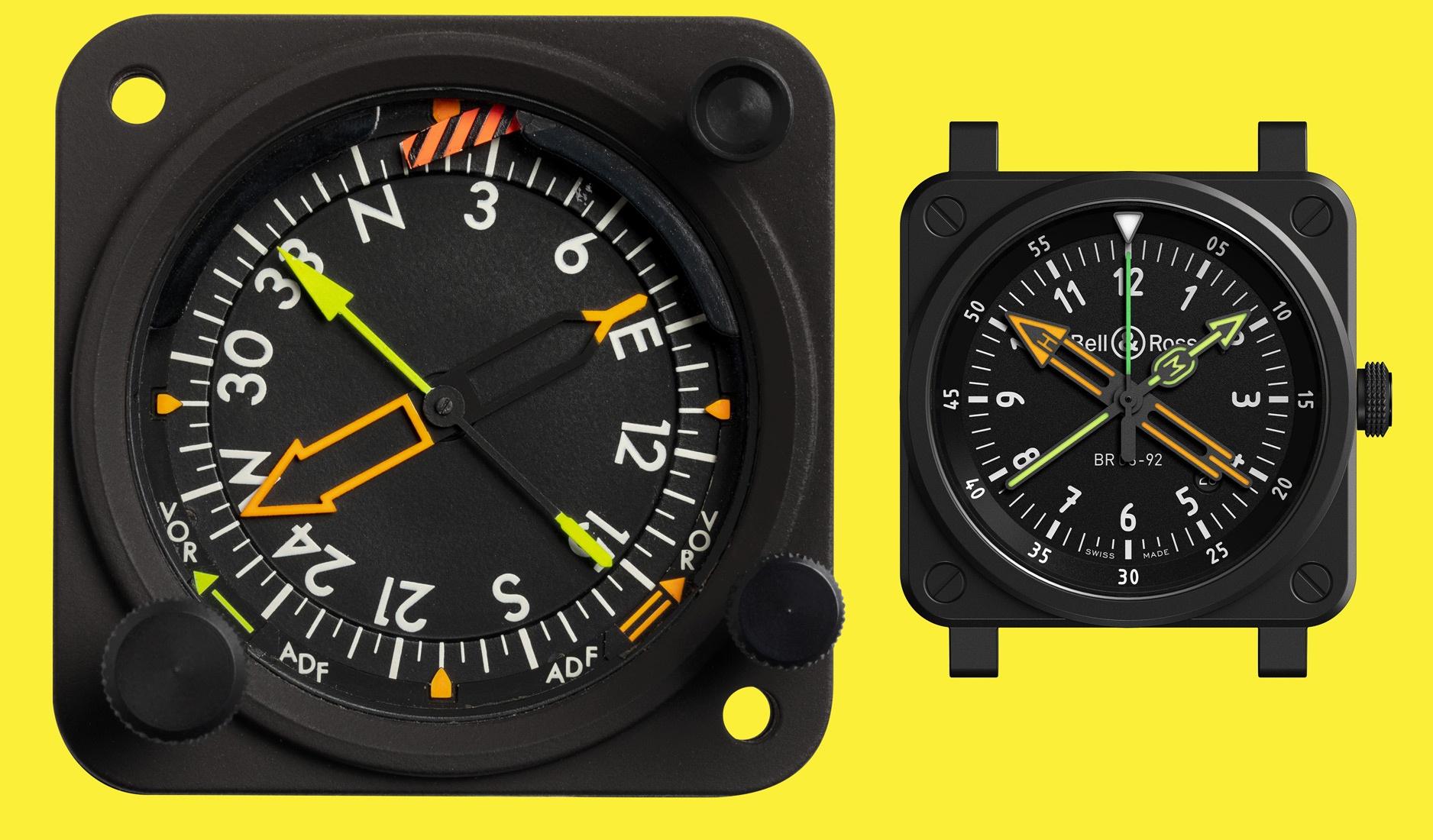 As the name suggests, the BR 03-92 Radio Compass portrays a plane’s onboard radio receiver on its dial. A vital navigation tool, the radio compass employs radio waves to pinpoint the position and direction of an aircraft via beacons on the ground, guiding pilots on their course. The radio compass is particularly useful in situations where there is low visibility, such as during night flights or flights in heavy fog and rain.

On the BR 03-92 Radio Compass, the instrument is portrayed with a stylised bright orange hour hand and a yellow minute hand (with the letters ‘H’ and ‘M’ included for good measure), accompanied by a green seconds hand. To complete the look, the neon-coloured hands are framed by Arabic numerals in tool watch-style ‘isonorm’ font and five-minute interval markers. 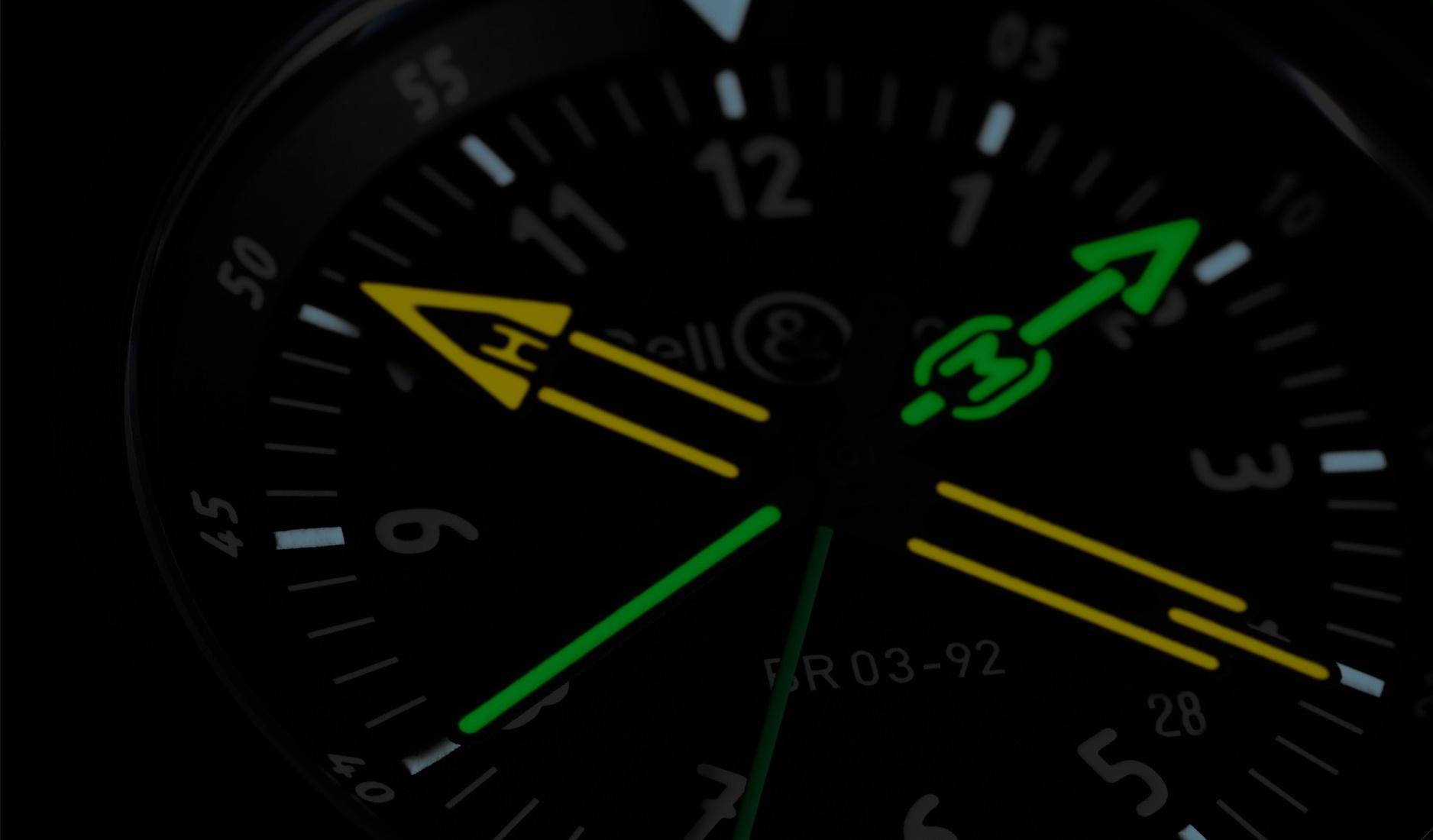 Clad in a 42mm by 42mm matte black ceramic case with black dial and black rubber strap, the watch’s raven-sheathed getup definitely appears like a full-fledged member of the popular ‘Flight Instruments’ family. Though it is essentially a time-and-date-only automatic watch, the BR 03-92 Radio Compass, like the rest of its ‘Flight Instruments’ brethren, injects a bit of fun and context into what would have been a regular ticker. Admittedly, the concept is rather kitschy, but there isn’t an aviation-inspired collection that is quite as novel, intentional and expansive as the ‘Flight Instruments’ collection. 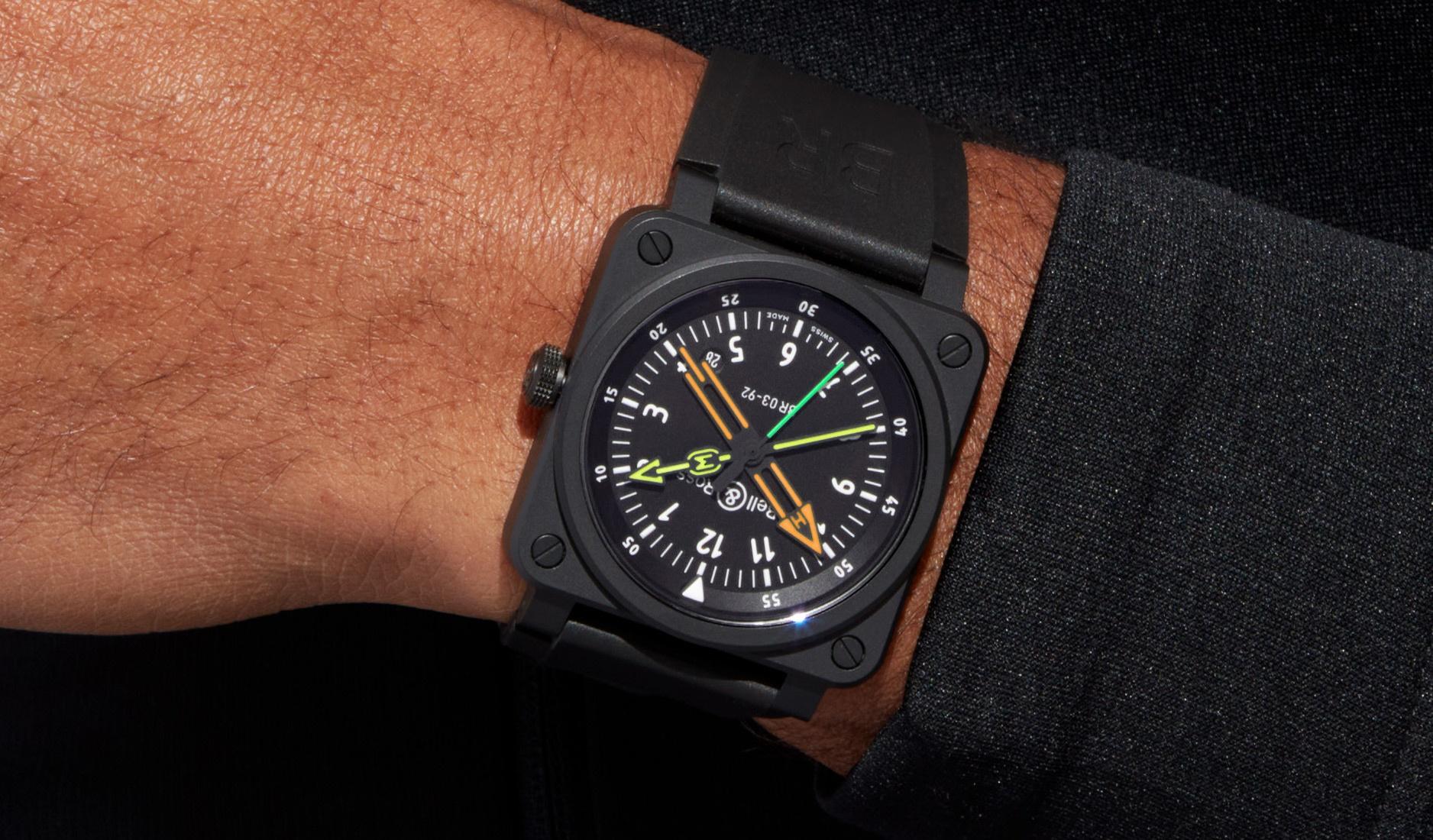