A match made in cult heaven.

Two titans of cool have met for the first time, and the result is nothing short of Siberia-level hip.

BAPE, the famed Japanese streetwear phenomenon, celebrates its 25th anniversary this year. Rocking its newfound lifestyle elder stature in appropriately baller fashion, the brand has picked 25 partners to collaborate with limited edition offerings. On the horological front, BAPE has enlisted Bell & Ross to turn up the heat.

No stranger to the art of cool itself, Bell & Ross made its name with its iconic square case, aircraft instrumental panel-inspired BR01 collection. To help BAPE commemorate the occasion, Bell & Ross reworks the BR03-92 line, which boast the same aforementioned signature profile, by dressing up the dial and rubber strap with BAPE’s logo and its ‘All Together Strong’ motto. 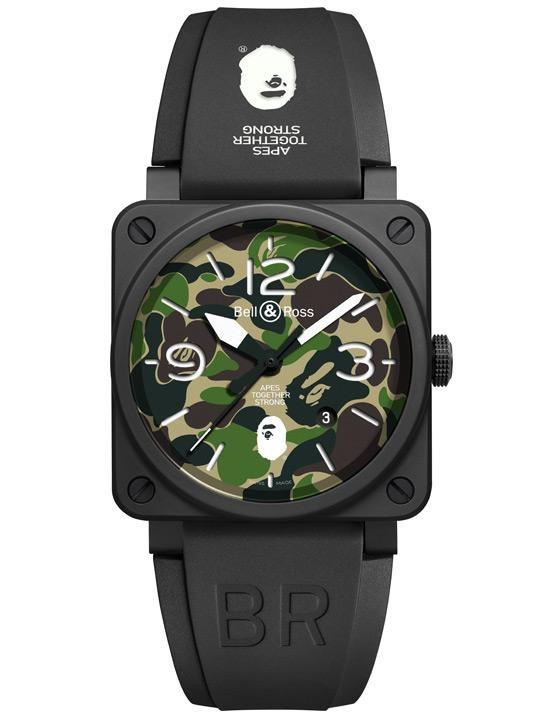 There are two versions up for grabs – one with a green camouflage on the dial (above), which is limited to 100 pieces. 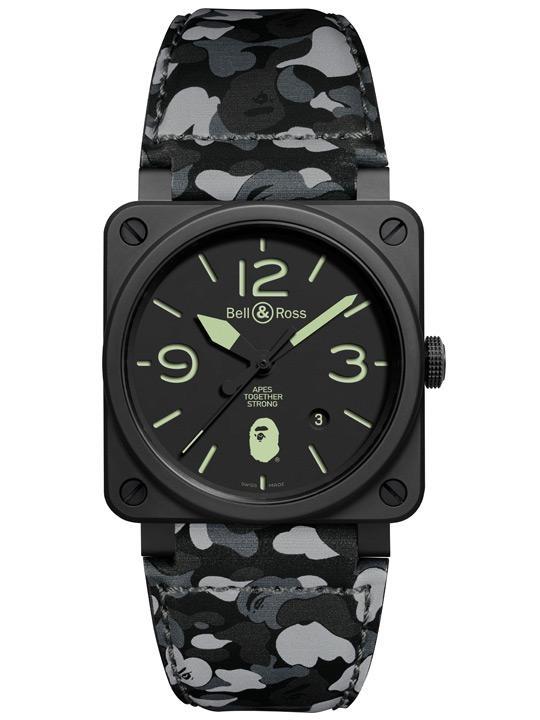 And then there's a more exclusive version with matte black dial that is capped at 25 pieces. The latter is obviously fancier, offered in a pelican case with an additional camouflage strap.