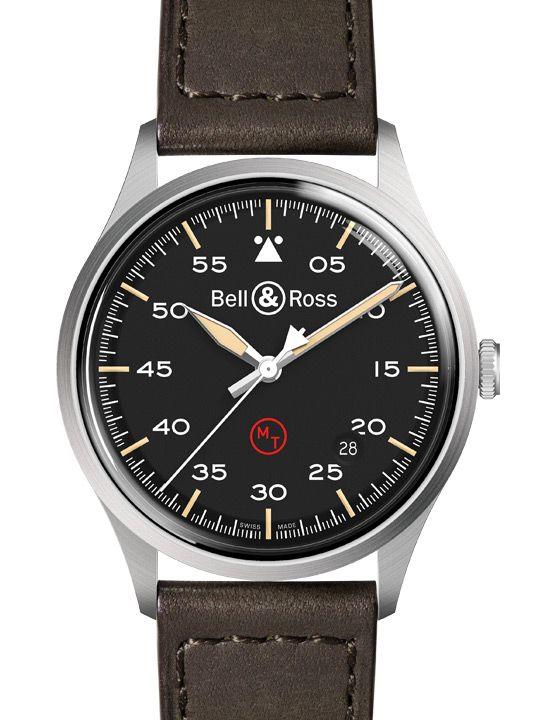 If there’s one thing to be said for Bell & Ross, it’s that they are incredibly consistent. Take a theme (in the brand's case, military aviation), apply it and stick with it: that seems to have been the mantra of Bell & Ross, and it’s worked brilliantly.

A Bell & Ross timepiece is instantly recognisable, especially the BR-01 with its square-case-round-dial combo you can spot a mile away. But even without the angular case for some of the watches, other signature features include the ultra-legible dials that reference vintage pilot’s watches and iconic ampersand logo on the crown.

What Bell & Ross lacks in centuries of heritage (the brand was founded in 1993), it makes up for in functionality, precision and reliability. After all, when armed forces use your timepieces, they’d better be more than up to scratch.

The Vintage collection that debuted in the brand’s formative years is equipped with complications like a flyback chronograph, dual-time zone and small seconds, amongst others, and gets its inspiration from military codes.

The first generation was equipped with a classic dial and rounded lugs but no bezel, while the second generation saw all that revised in 2007, so it would be more aligned with the brand’s immensely successful BR 01 line. The latter’s sword-shaped hands were added, along with a larger case size and more angular lugs.

Today, the Vintage collection is into its third generation, with a trendy (and smaller) case size of 38.5mm. Part of this third wave is this year's BRV1-92 Military edition. In a nod to navigation watches that military pilots used for calculating direction and speed, the minutes are accentuated on the dial. And like most pilot’s watches, a photoluminous triangle is placed at 12 o’clock for pilots to get their bearings in any light conditions. For added visibility, the hands and indexes are also coated in Super-LumiNova. The red letters ‘M’ and ‘T’ at six o’clock indicate the watch is a ‘Military Type’ timepiece.

As a watch that references vintage military timepieces, the BRV1-92 Military does well. We also like the classic dial, clean aesthetics and new case size that’s more universally flattering.

The only detail we’re unsure about is the date window between four and five o’clock. While this might be a Bell & Ross signature (most of their watches feature a date window at this position with the exception of some, like the BR-X1 pieces), it appears cramped on this watch, overlapping the minute numerals in what is already quite a tight space.

That said, it’s a minor detail that affects neither precision nor reliability—two things you’d expect in a good timepiece, and which this one does marvellously. Besides, we’re completely taken by the retro appeal of the watch and how versatile it is with both office and casual wear. Plus, if you’re an aviation junkie, this watch ought to check all your boxes.