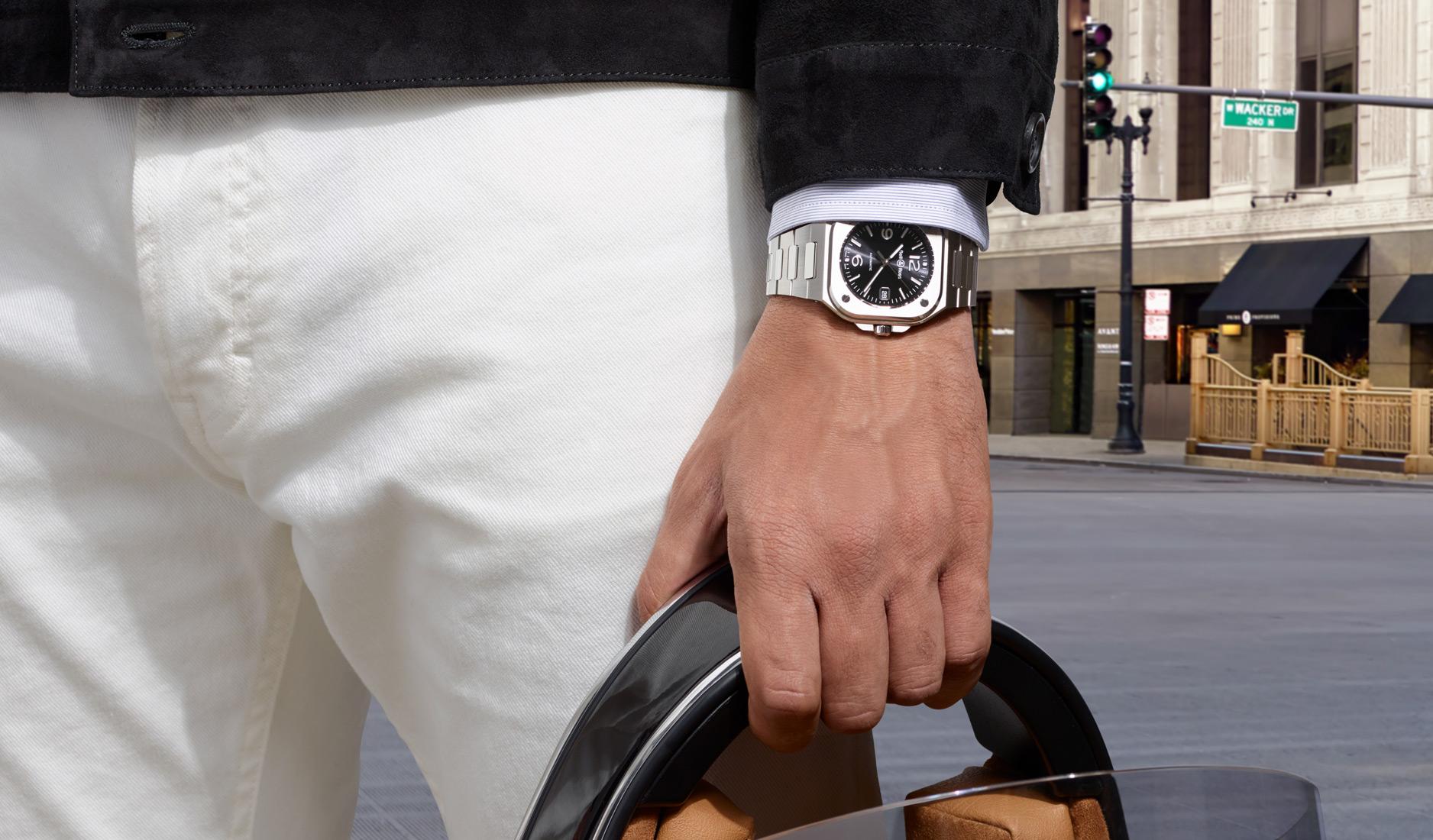 There we were, at the Bell & Ross booth in Baselworld, having just gone through the brand’s novelties for 2019, when Tong, the GM for Bell & Ross Asia, slid this in: “We have one more collection to show you. But it’s top secret and you can’t take any pictures.”

Well, colour us intrigued. As journalists, we’re used to embargoes, so this was hardly a surprising request. But when the watches were unveiled to us, it took a good deal of restraint not to whip out our phones and snap away. 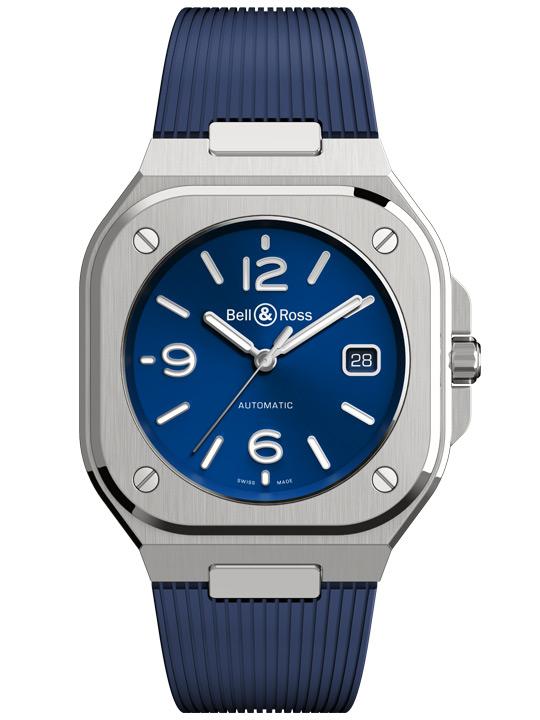 Personally, I found the watch very appealing. It’s a nice blend of vintage and modernity, yet still adheres to the Bell & Ross DNA of a 'circle within a square' (or, in this case, cushion), complete with the brand’s signature exposed screws in all four corners. The integrated bracelet also looks great and felt comfortable on the wrist when I tried it on. What stood out for me, though, was how the watch (in particular, the version with the grey dial) evoked images of retro television sets from back in the 1970s. 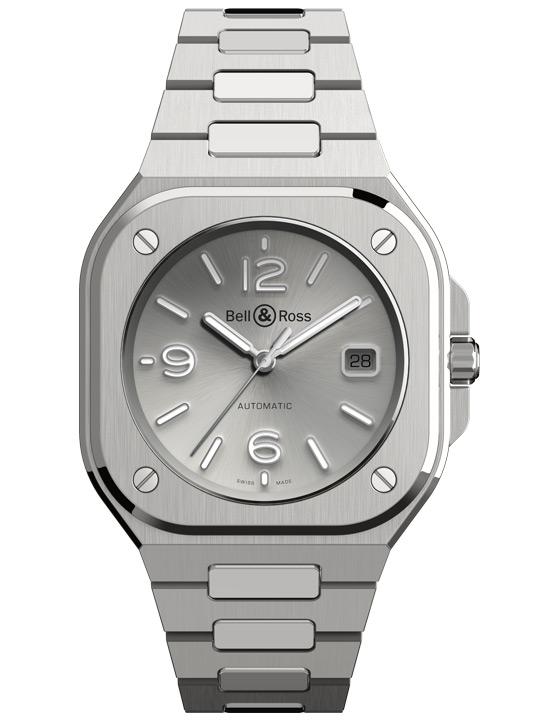 That said, it would be difficult to discuss the BR 05 without addressing the elephant in the room. Since its launch, the BR 05 has been on the receiving end of criticism for being too similar in design to some iconic sports watches from other brands. Personally, some comments felt a little nitpicky. Last we checked, no one has a patent on alternate satin- and polished finishing. In fact, plenty of watches utilise that form of contrast finish. 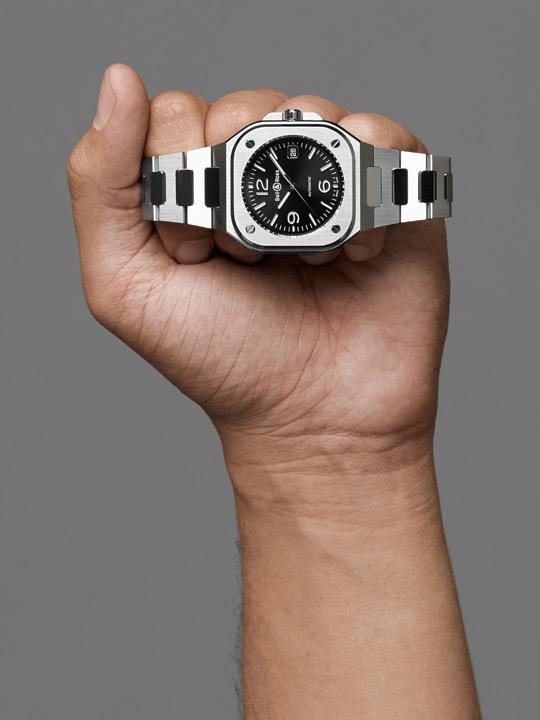 Then there’s the bracelet. Naysayers say it resembles the links on the Patek Philippe Nautilus. But wait, aren't there are also vintage Omegas that boast something similar? Ditto some bracelets on the IWC Ingenieur and Girard-Perregaux Laureato.

Let’s look for a moment at the granddaddy of Swiss marques, Rolex, and its popular Oyster bracelet with three-piece links. I couldn’t even tell you how many other watch brands have proliferated that design. Why is this so? The simple answer is that it looks good and it works well as a bracelet. So the better question, really, is, ‘why not?’.

But back to the BR 05. Let’s also not forget that it was inspired by the aesthetics of the 1970s, where this sort of bracelet was the style du jour. According to Bell & Ross co-founder and creative director, Bruno Belamich, “This type of design harks back to the 1970s, and when transposed to Bell & Ross, it creates a result with a graphic style which is both striking and modern.” 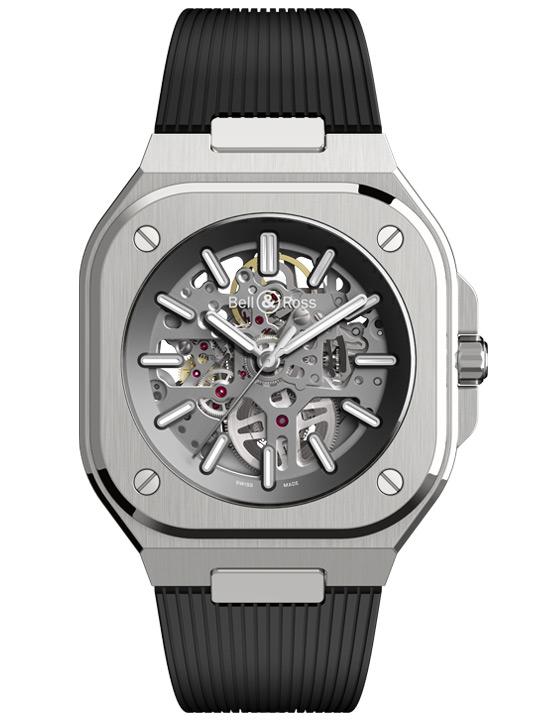 If there’s one thing I would take issue with, it’s that the collection is a little pricey. For the bracelet options, a basic model starts at S$7,300, going up to S$49,000 for the gold version. Prefer it with a rubber strap? You can get one from S$6,500. 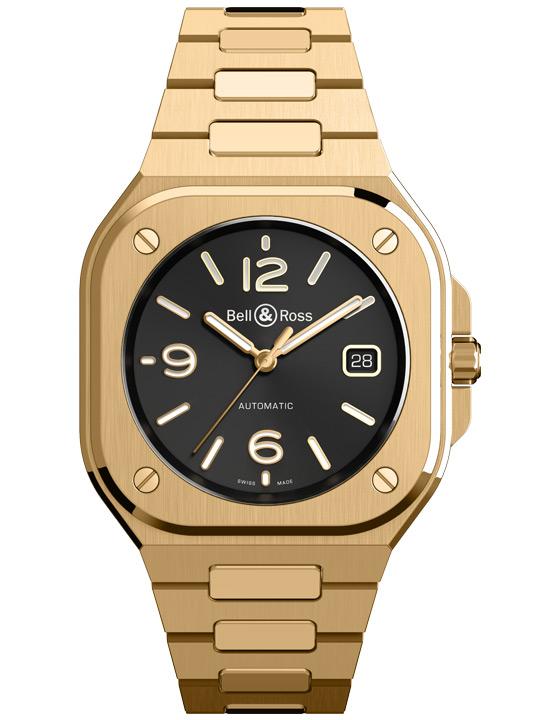 So although the prices feel a little steep, the watches themselves are smart, handsome and (with the skeleton version) actually quite sexy. The steel options are both office- and weekend-appropriate, while towkay types can totally rock the 18K rose gold models. At the end of the day, the BR 05 is a very decent attempt by a brand expressing itself, and a collection that doesn’t deserve half the flak it’s getting. After all, if you like a watch and it looks good on you, it shouldn’t matter what naysayers think, right?