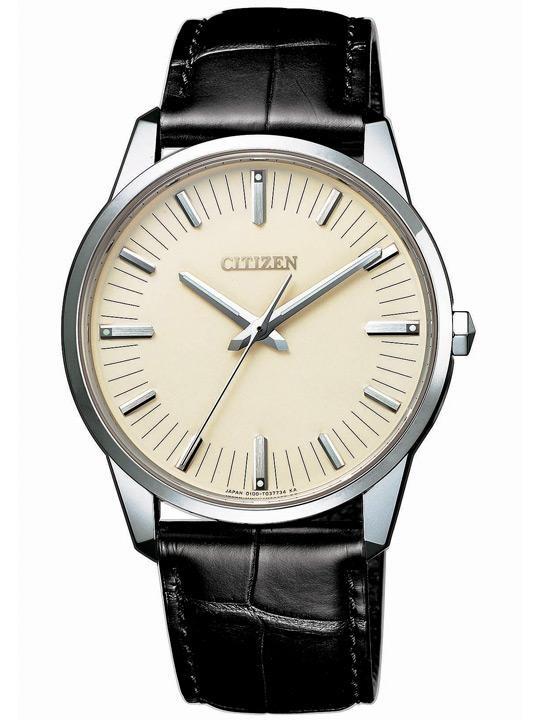 This time last year, Citizen unveiled its new Calibre 0100, touted as the world’s most accurate timekeeper with a variance of just +/- 1 second a year, offering a run time of approximately eight months on a single charge. Now the brand has debuted the calibre in three limited edition timepieces that truly do justice to the groundbreaking calibre within.

The first version (and our preferred pick) comes in a beautiful ivory dial housed in an 18K white gold case, paired with a black crocodile leather strap. The understated aesthetic feels very much like the brand itself—incredibly proficient but ever unassuming. For the hands, heavy brass is used—an element that would not have been able to be driven by the usual torque of quartz calibres. The seconds hand is also perfectly aligned with the indexes, thanks to the LIGA fabrication process—a technology used for high aspect ratio microstructures. Two other versions in Super Titanium are available—one with a black dial and another in mother-of-pearl.

If there’s a brand we can always count on to deliver, it’d be Grand Seiko. A master of pairing elegant minimalism with technical superiority, the Japanese watchmaker knows what works and brings it every time. This year, it introduces the new Spring Drive Caliber 9R02 from the brand’s legendary Micro Artist Studio in Shiojiri, responsible for creating some of the finest timepieces like the Spring Drive Minute Repeater and Sonnerie.

The 9R02 is the second manual-winding movement in Grand Seiko’s 9R series, following the 8-Day Power Reserve Spring Drive model from 2016. This new movement features two mainsprings in parallel within a single barrel and uses the Torque Return System to give a power reserve of 84 hours. In a nod to the symbol of Shiojiri, the mainspring barrel is shaped like a bellflower. But what really blew us away was the snow-patterned dial and platinum case, inspired by the picturesque mountain landscape that surrounds the studio’s home in Nagano. Beautifully textured, the watch comes alive under the light and looks every bit the stunner that it is. Limited to just 30 pieces. 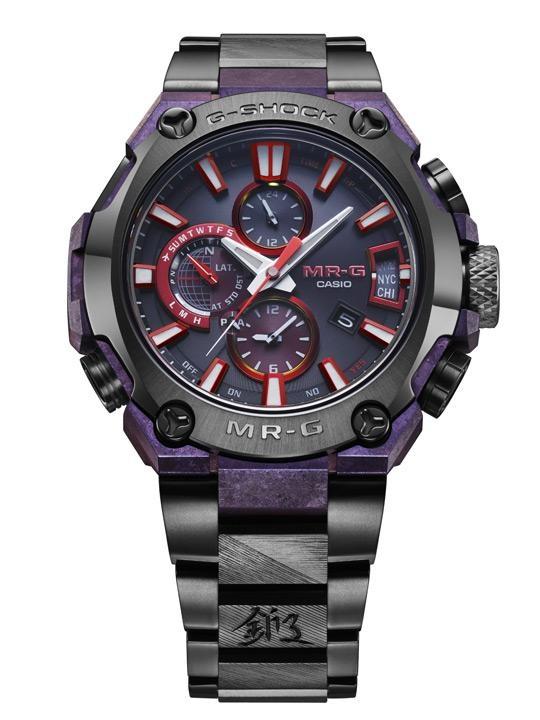 Casio’s upscale MRG collection from the G-Shock range outdoes itself this year. The MRG-G2000GA reaches back to Japan’s rich sword-making heritage – in particular the 800-year-old Gassan sword-making legacy - while pushing on with progressive features that make the G-Shock one of the toughest watches on the planet today.

The rasp marks on the bracelet centre links are modelled after those found on Japanese swords, traditionally done to ensure better grip. There, one also finds an inscription of the kanji character ‘鍛‘ (loosely translated to mean ‘forge’). Holding everything together is a case made of recrystallised titanium that recalls the crystal formation on a sword’s blade, and a bezel made of Cobarion, a unique material twice as hard as stainless steel that's shaped to resemble the tip of the Japanese sword. And if you’re wondering, the captivating purple sheen is the result of an ion-plating process – resulting in a tint that evokes nobility for the Japanese. Imbued with multi-facetted details and nuances, this 300-piece limited edition has to be seen in the flesh to be properly appreciated.

Because of its unusual facetted case profile, it took a while for the Luminox ICE-SAR collection from 2018, which inspired the new Arctic 1200 collection, to grow on us (quick recap: ICE-SAR stands for Icelandic Association for Search and Rescue, of which Luminox became an official partner last year). But now that we are sold on the ICE-SAR collection, the follow-up Arctic 1200 watches, anchored by the exact same case shape that defined the earlier collection, are taking on an even greater hold.

There are five references and our favourite is the XL1203, which stands out for its ice-blue PVD steel case and dial. The navy hue works brilliantly on the case and does a great job to accentuate the dial design, which features a hydraulic-stamped depiction of the world map and the ICE-SAR headquarters. Other distinctive features include a bezel that doubles up as a compass, hardy and reflective textile strap, and of course, Luminox’s famed self-powered illumination tritium gas tubes. Though not quite what one expects from Luminox famed Navy SEALs-inspired collection, the Arctic 1200 offers a charming alternative loaded with great personality.