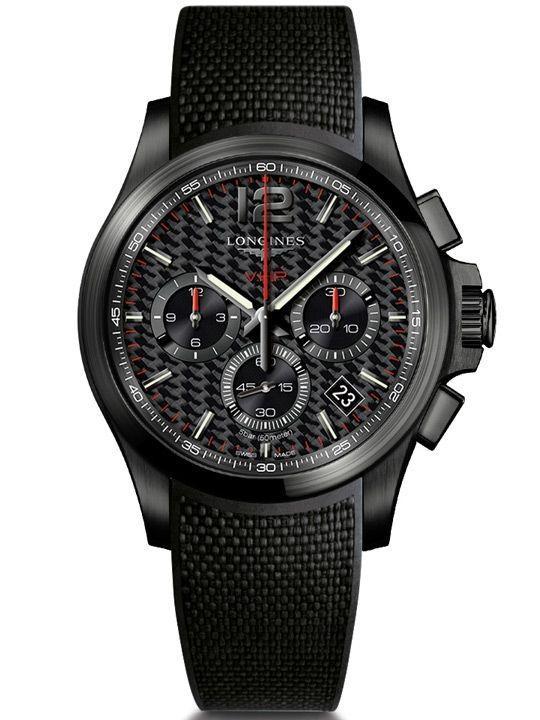 I have a soft spot for quartz watches. There, I said it. But before you nail me to the wall, allow me to explain: I love that my quartz timekeeper isn’t needy; I don’t have to wear it every day to keep it going. And, when I do pick it up again, it ticks as precisely as it did the last time I wore it. I love that it is really accurate, with negligible deviation of a few seconds a month. And I love that I can generally bang it around without worrying too much about damaging the movement within.

Since quartz movements essentially involve electricity and a standard mineral, it pretty much puts everyone on a level playing field. Unless, of course, you’re a Swiss marque like Longines, obsessed with the precise measuring of time. Needless to say, Longines is right up there with some of the best in quartz movements, which used to include Breitling until new CEO Georges Kern announced the brand would discontinue its production of quartz models (goodbye, SuperQuartz).

Longines’ extensive history with the technology goes back all the way to 1954 when it developed the first quartz timekeeper fitted into the Chronocinégines (above)—a machine that recorded the exact times of athletes crossing the finishing line via a series of images on a film strip.

Last year, the brand introduced a game-changer in quartz technology with the Conquest V.H.P (more about it here). Short for ‘very high precision’, the watch offers exactly that—an ultra-accurate calibre that has a deviation of only +5/-5 seconds a year, leaving my own quartz ticker in the dust. 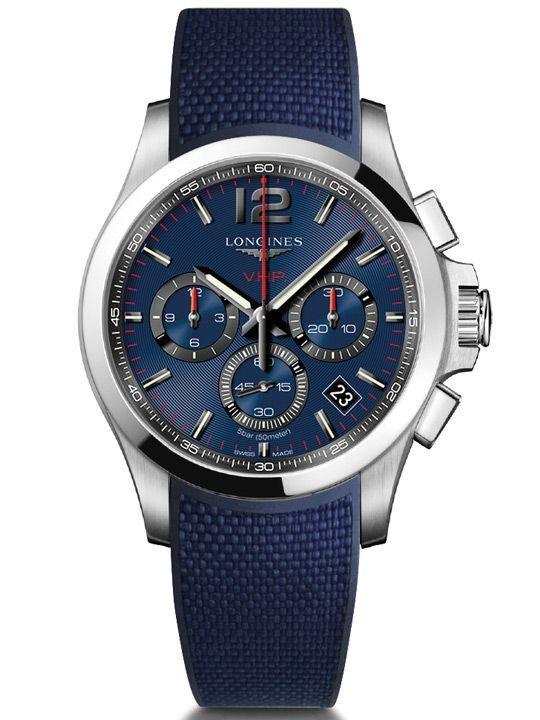 The new Longines Conquest V.H.P. in with blue rubber strap

Features like the Gear Position Detection system, perpetual calendar and long battery life have been retained but the watch gets an injection of rugged appeal this year. Previously only available in stainless steel, Longines is offering the new Conquest V.H.P. Chronograph in a black PVD case, with blue or black rubber straps (on top of the current stainless steel option) to complement the existing blue, black, silvered or carbon fibre dials. Sure, it’s a cosmetic upgrade but to be fair, it’s pretty hard to beat what the Conquest V.H.P. has already achieved in terms of precision. Besides, good things take time and we’re confident Longines isn’t one to rest on its laurels. Or winged hourglass, for that matter.