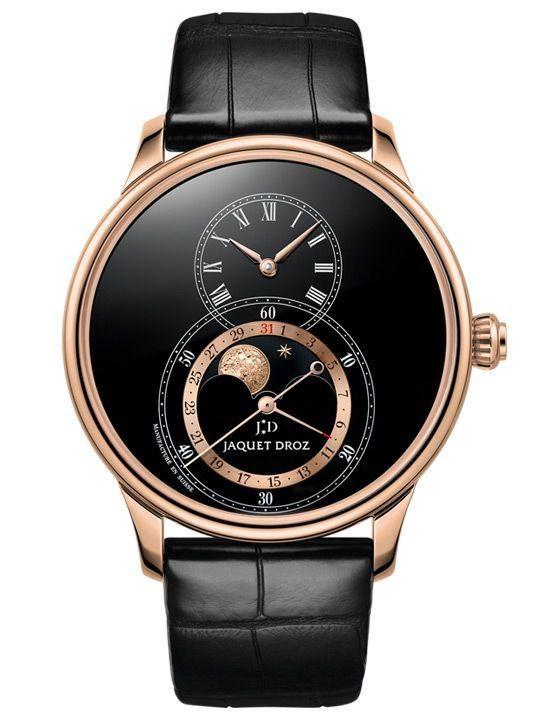 Inspired by a pocket watch Pierre Jaquet-Droz created in 1784, the Grande Seconde collection is known for its clean layout and figure of eight dials. This year, the family gets a new moonphase timepiece in black, following the silver, onyx and ivory models introduced at last year’s Baselworld fair. 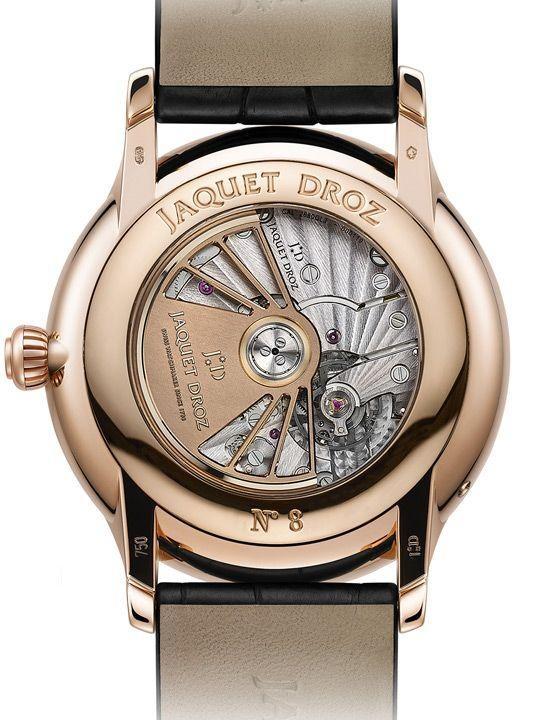 Inside, the movement uses silicon parts to keep it running smoothly with no worries of corrosion or friction. Additionally, silicon is an anti-magnetic material so the movement is protected from any such interference. Thanks to a unique in-house mechanism, the moonphase is accurate for 122 years, requiring no adjustments before that.

Instead of launching another trio this year, Jaquet Droz has combined the appeal of last year’s options, replacing onyx with grand feu black enamel and pairing it with the ivory version’s red gold case. As an aesthetic update, the black and red gold combination is a failsafe one that collectors will no doubt enjoy.

One could argue not very much has been done—just new dial and case colours right? But the craftsmanship that goes into the moon display is certainly no mean feat, not to mention the complexities involved in grand feu enamelling—one of the hardest to achieve (read more about it here).

By unveiling yet another Grande Seconde Moon timepiece this year, the brand is clearly choosing to emphasise its artisanal savoir faire that accompanies its watchmaking chops. For those whom intricate automatons like the Tropical Bird Repeater or Loving Butterfly are too excessive, the Grande Seconde Moon Black Enamel is a great alternative that truly captures the essence of what Jaquet Droz is about.