Glashütte Original takes off in style.

A stainless steel redux of a 2015 model, the new Glashütte Original Senator Cosmopolite offers the same jet-set virtues as its predecessor with greater accessibility.

Probably one of the most user-friendly world-time watches on the market today, the Senator Cosmopolite boasts utilitarian features to complement its handsome aesthetics. With this watch, the user has a choice of time zones in 36 world cities, which he selects as the second time zone display at the click of a pusher. And that’s not all. The cumbersome issues of calculating daylight savings time, and knowing whether it's day or night at home, are already computed by its in-house automatic movement and neatly displayed on its elegant dial.

Next to the 2015 versions in pink or white gold, this year’s offering sports a more casual demeanour. Stainless steel case aside, the dial features Arabic numerals instead of Roman indexes, set against a pristine white dial with blue accents that evoke a younger spirit. Everything else, however, remains the same – from the clear and easy-to-read dial interface, to the intuitive crown actuators for the different time zones. 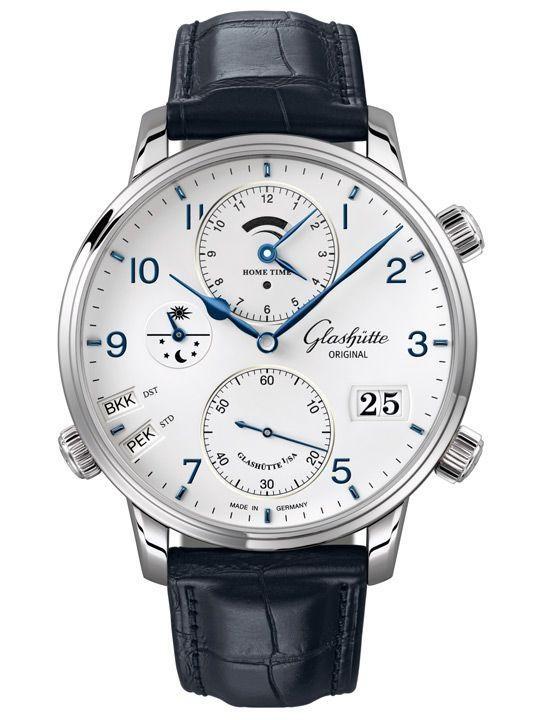 Most tantalising of all, the Senator Cosmopolite in steel comes with a price tag that is almost half of the gold models’ – at S$32,700, compared to S$67,000 for the pink gold version and S$70,200 for the white gold version.