Corum bridges the worlds of music and horology.

Truth be told, we furrowed our brows when Corum's new CEO Jérôme Biard revealed the name of its latest collaborator days prior to the official announcement in February. The partner in question is Joachim Horsley (above), described to us as a "world-famous musician". While we had scant knowledge of who - and how famous - Horsley was at first, the few frantic moments of Googling that ensued blew our minds. Horsley IS big, albeit not in the all-eyes-on-me kind of way.

A composer, arranger and orchestrator, Horsley has scored the soundtrack for numerous Hollywood feature films and TV shows, and arranged for the likes of Michael Bublé, John Legend and Ben Folds. Besides being a go-to stardust sprinkler, he is also an accomplished musician in his own right, with five albums under his belt so far, as well as a YouTube sensation, racking up over 10 million views for his Cuban-inspired take on Beethoven's 7th Symphony. 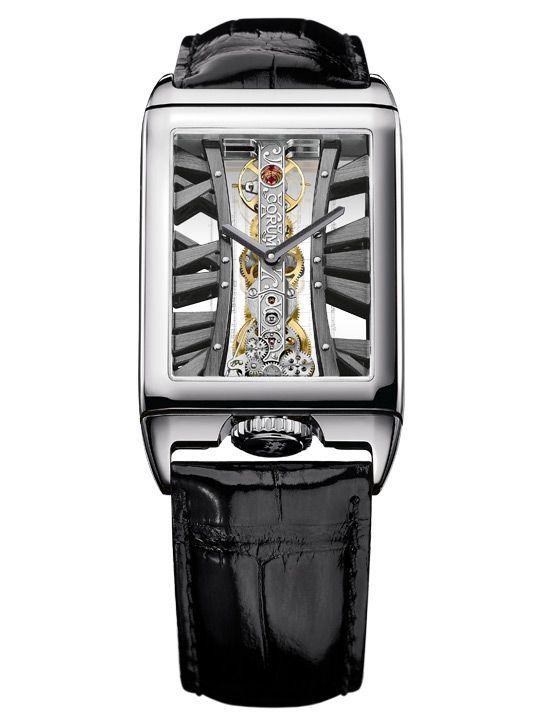 To cement the partnership - which also marks Corum's first musically inclined collaboration - the timepiece chosen for the commemorative edition is the Golden Bridge Rectangle, a watch that not only befits the tie-up for its iconic stature, but also its distinctive design, who offers lots of room for creative expression.

Clad in white or pink gold, and framed by the now-famous micro-structure that doubles up as the hour markers, the legendary baguette movement comes etched with beautiful Arabesque swirls on both sides. Elsewhere, the sapphire caseback gets the Joachim Horsley treatment, engraved with an extract of the score of Beethoven's 7th Symphony. It is the first time that a Golden Bridge watch has anything engraved on the caseback.

As gorgeous as the watch is, equally spectacular is the box it comes in. Corum enlisted Reuge, a renowned maker of bespoke musical boxes, to do the presentation case. The timepiece is housed in a miniature grand piano, lacquered to perfection and crafted with true-to-life details from the keys to the pedal. The 'piano' sits atop a music box that plays melodies from Bach, Mahler and Beethoven, all arranged by Horsley. 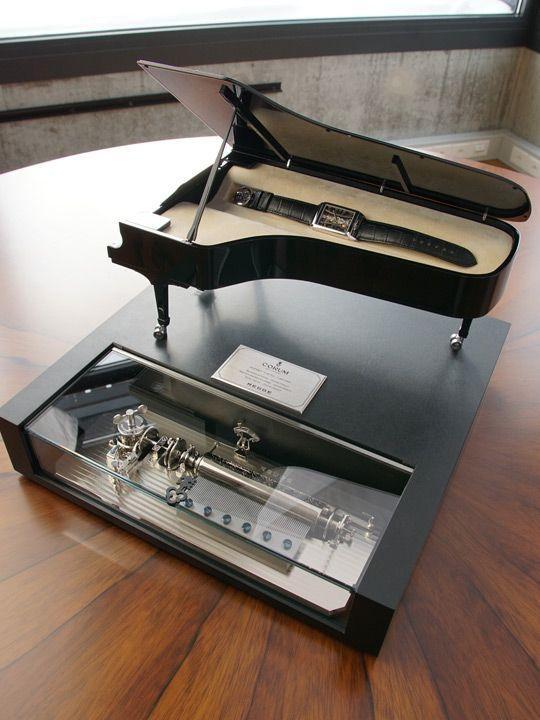 And if you STILL think that all these are not enough, Corum allows deep pocketed collectors to customise the watch. Instead of the aforementioned music score, customers can choose their preferred score, phrases or logos to be etched on the sapphire caseback.