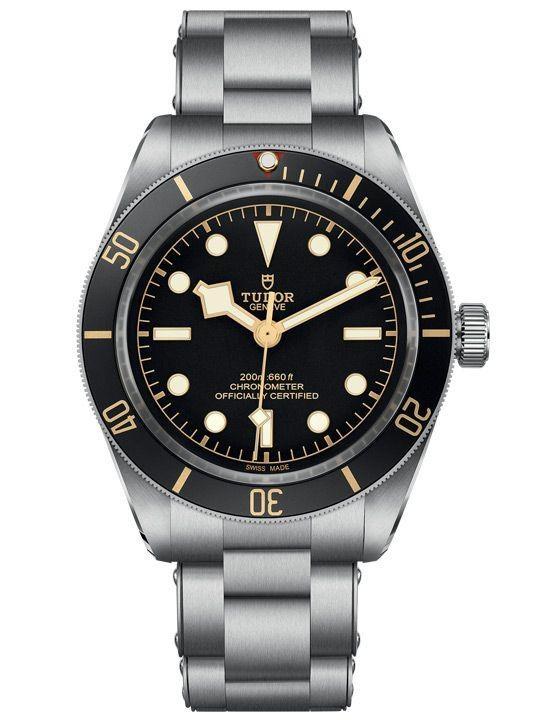 What can we say? It’s clear the Black Bay line is the favourite child in the Tudor family and we’re partial to it, too. This year, the brand has introduced a new addition to the line-up in the form of the Black Bay Fifty-Eight, christened after the year Tudor launched their first dive watch, the ‘Big Crown’ Ref. 7924.

We’ve written about watches downsizing to friendlier dimensions for women and those with smaller wrists, and that’s what we’re loving about the Black Bay Fifty-Eight. At 39mm, it’s the perfect unisex size and a throwback to the 1950s when watches were typically smaller. We also like that the black and steel look is accented with gold in the hour markers, hands and minute track.

Three years after Tudor’s first in-house movement, the brand is launching a new COSC-certified self-winding manufacture calibre, MT5402. This new movement powers the Fifty-Eight and is equipped with a silicon hairspring, stop-seconds and 70 hours of power reserve. 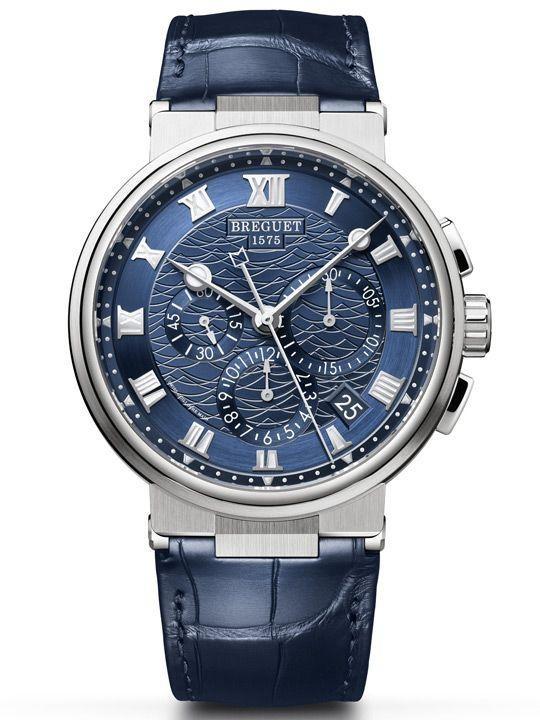 An offspring of the Marine Equation Marchante 5887, the Marine Chronographe 5527 distills its predecessor’s ultra-high-mech artisanal athleticism into something altogether more palatable. Where the Marine Equation Marchante 5887 rocked as a multi-complication that included a perpetual calendar, tourbillon, and equation of time, this year’s chronograph offering is decidedly more pared-down with its singular technical feature.

Even so, the Marine Chronographe 5527 brims with beauty and strength. Gorgeous, handcrafted details abound. The dial’s engraved wave motif catches the light in a way that real ocean swells do. Elsewhere, satin brushed chapter rings, alternate polished and satin finished touches on the case accentuate the watch’s regal qualities. Despite the decorative flourishes, the timepiece is no waif dress watch. It is bolstered by a hefty 42.3mm rose gold case, and a robust automatic movement with silicon balance spring. With Georges Kern now at the helm, Breitling’s latest run of watches look to have taken on a more broad-based appeal, a great example being the Navitimer 1 Automatic 38. Modelled after the Ref. 66, a three-hand Navitimer, the watch comes in a friendly 38mm for unisex versatility, with black or blue dial and matching alligator straps. Fans of the Navitimer's famed circular slide rule can breathe easy, it’s been retained. Powered by the COSC-certified Breitling Calibre 17, the watch has a dual-acting ball-bearing rotor, giving up to 40 hours of power reserve.

While the Navitimer 1 Automatic 38 is essentially still a tool watch, Breitling has managed to sex up its appeal by ensuring an uncluttered dial (relatively, anyway) with the removal of the chronograph counters and keeping it a manageable size. With the broadened appeal of the watch, backed by a very tantalising price tag starting from S$5,950, we think this one’s a clear winner.

Omega – Dark Side Of The Moon 'Apollo 8 50th Anniversary' 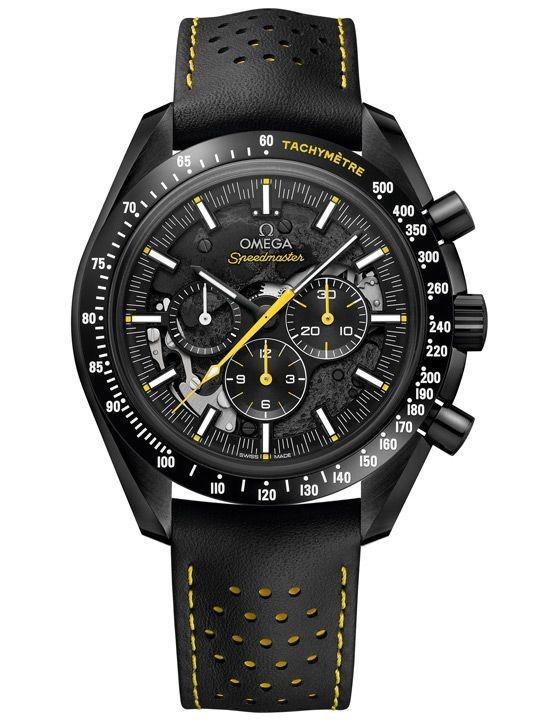 It was just too good to resist. Omega’s first Speedmaster Dark Side of The Moon from 2014, proved such a runaway success that it was only a matter of time before it offered a part deux. Granted, there were offshoots that included the ‘grey’ and ‘white’ versions, but it is the original, in its distinctive all-black ceramic case that is still the most popular.

This year’s version features a layered dial that depicts a true-to-life lunar surface as a backdrop for the time and chronograph displays. The design aptly commemorates the 50th anniversary of the Apollo 8 mission, but there are also lots more that will thrill Speedy fans. They include the hand-wound Calibre 1869 that is based on the same iconic, cam-switch chronograph Calibre 1861 that has been used in the days of the plexi-glass Speedys; as well as inscriptions of the mission’s date and the famous “We’ll see you on the other side” quote from the Command Module Pilot on the flip side of the case. 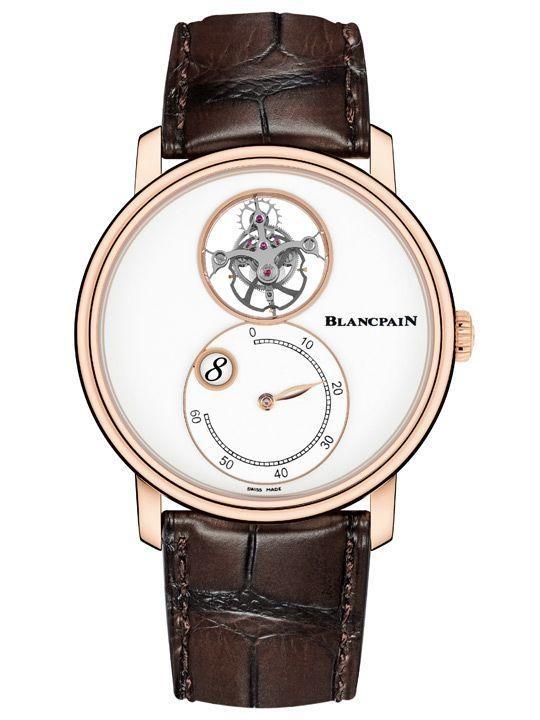 This year, Blancpain’s classic Villeret collection sees a new iteration with jumping hours, retrograde minutes and, perhaps the most visually stunning feature, a flying tourbillon that appears to be floating in mid-air. Not only has the upper bridge been removed for a clearer view of the tourbillon, the lower bridge has now been replaced with a clear sapphire disc attached to the tourbillon’s fixed wheel, resulting in an ethereal suspended escapement.

Harnessing the brand’s expertise in métiers d’art, the dial is given a grand feu enamel treatment via the champlevé technique. Diamond-polished gold rings encircle the tourbillon and hour window, adding a touch of elegance. The in-house hand-winding Calibre 260MR is decorated with a hand-guilloché pattern, with a ratchet wheel bearing the brand’s bevelled wheel-rim design. Apart from the rose gold version, a platinum model is available in a limited edition of 20 pieces.