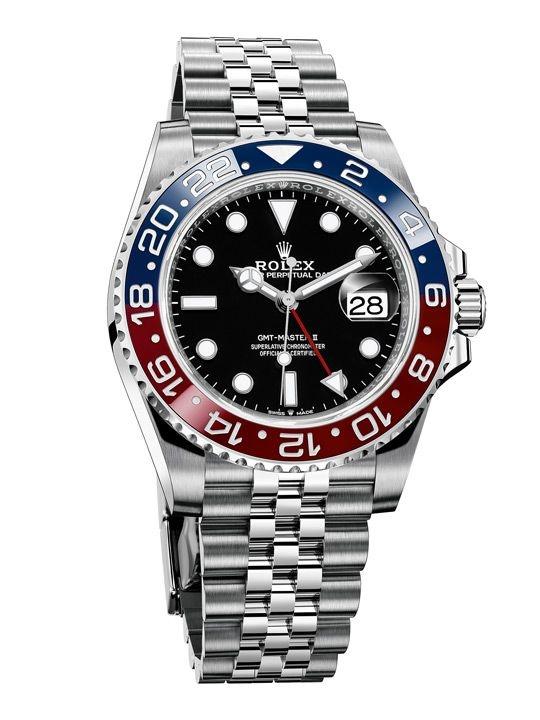 Now, we're not gonna hide our love for this jet-set Rollie, so haters can just lay off about now. When the blue-and-red ‘Pepsi’ version in Cerachrom bezel dropped in 2014, fans of the GMT-Master II were beside themselves in glee – until they realised that the watch’s pristine sheen was actually that of white gold, which, though premium, meant financial inconveniences.

The obstacle has been eradicated with this year’s version, the Ref. 126710 BLO, which comes in stainless steel. Besides costing almost 3.5 times less than the white gold predecessor, the latest ‘Pepsi’ GMT-Master II sports a five-link Jubliee bracelet (a throwback to older GMT-Master models), as well as a new-generation Calibre 3285. The movement boasts Rolex’s proprietary Parachrom hairspring, Chronergy escapement, and offers up to 70 hours of power reserve. An iconic travel companion Rolex that is swankier, more powerful, and arguably less strenuous on the wallet? We'll take it! 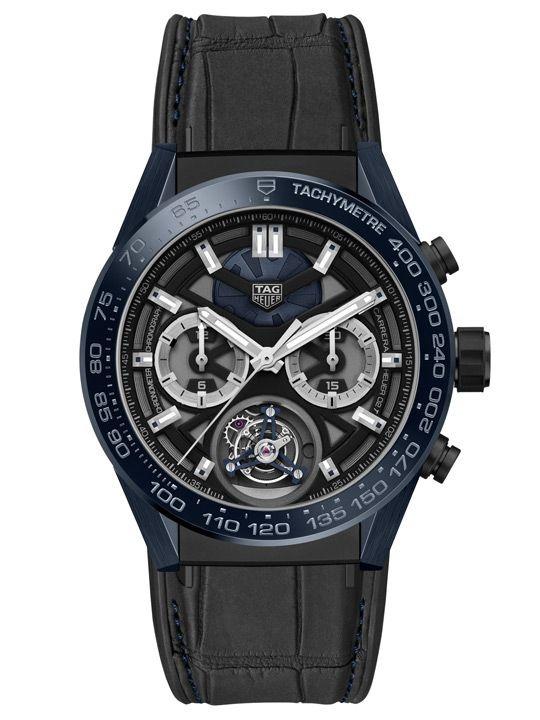 When it comes to prestigious certifications, most of us are familiar with the COSC standard. But an equally, if not more, distinguished certification comes in the form of the ‘Tête de Vipère’ stamp of excellence from the Besançon Observertory. Unlike COSC, which only certifies a watch’s movement, the ‘Tête de Vipère’ guarantees the finished product. Since 2006, only 500 timepieces have been the recipient of this award, and one of them is the TAG Heuer Carrera ‘Tête de Vipère’ Chronograph Tourbillon Chronometer.

To mark the 55th anniversary of the Carrera, TAG Heuer has released this new model in a limited run of 155 pieces. Combining a tourbillon and chronometer to deliver a one-two punch collectors will love, the watch is outfitted with a skeleton dial in what’s come to be a signature of the sporty Carrera family. A ceramic case, bezel and lugs are paired with a black alligator strap sewn on rubber for a dynamic look. 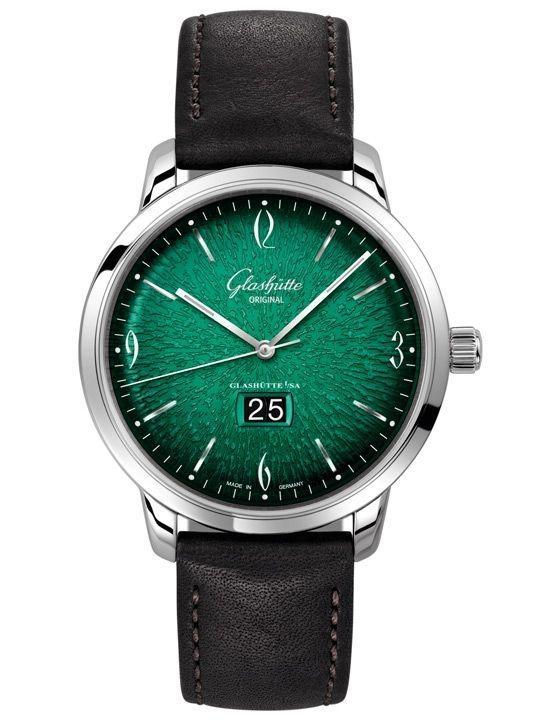 Just when we thought we were over the whole vintage trend, Glashütte Original surprises us with a delectable addition to the Sixties Collection in the form of the Sixties Panorama date with a gorgeous emerald dégradé dial. As its name suggests, the watch is inspired by the 1960s, with a domed sapphire crystal, quirky Arabic numerals and an aesthetic based on the Spezimatic ('special automatic') model made by the brand in that era.

The breathtaking dial is created using a 60-tonne press that imbues it with a beautiful guilloche. A galvanic base coat is applied, then layers of coloured lacquer with the final coat of black lacquer applied via a special spray gun to create a spectacular gradient effect. While this may be slightly atypical of Glashütte Original’s more recent creations, the brand does have its own dial factory that enables it to create such exquisite dials, something we look forward to seeing more of. 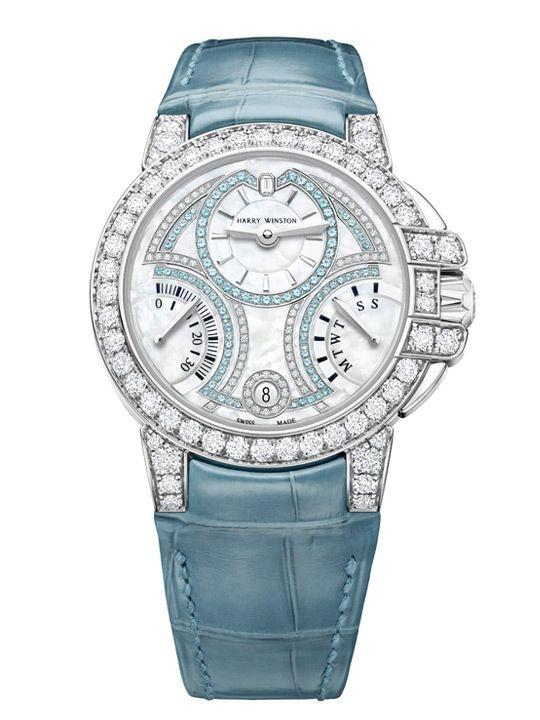 The Ocean collection - a fabulously sporty anomaly in Harry Winston’s lineup of dressy red carpet-style accoutrements - celebrates its 20th birthday in style. Clad in eye-popping bling and colour, the line offers five models this year that span the ostentatious to the technically accomplished.

The one that absolutely stole our hearts, however, is this glamour puss. Adorned with brilliant-cut diamonds on the dial, the Ocean 20th Anniversary Bi-retrograde Automatic 36mm accentuates the collection’s classic dial interface with a heavy dose of glamour. The bi-retrograde seconds and day indicators, time display sub-dial at 12 o’clock, and date window at six o’clock are outlined by diamonds and ocean-blue Paraiba tourmalines, and set against a mother-of-pearl dial in a getup that begs for a night out. The watch's irresistible style is matched by mechanical muscle, thanks to a silicon spring regulated automatic movement with 65-hour power reserve. Limited to 20 pieces. 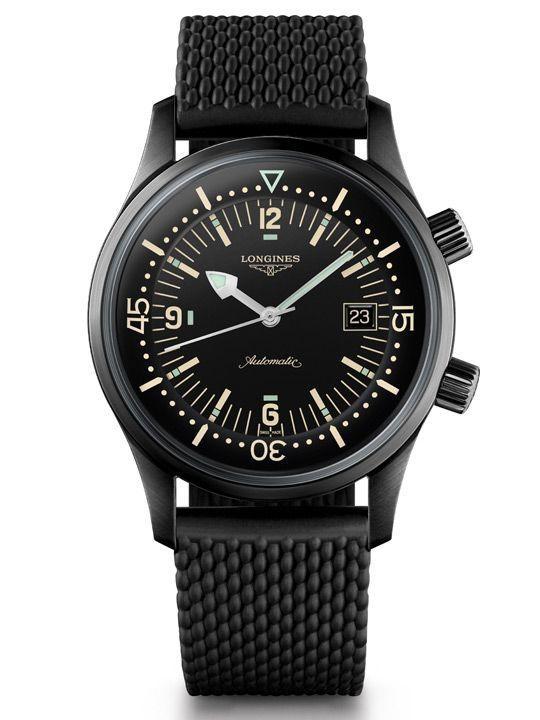 With this model hailing from Longines' Heritage family, you can’t really fault it for drawing inspiration from a vintage model—specifically a 1960s dive watch. Retro aesthetics adorn this watch, which last saw a version released two years back that hat-doffs the Ref. 7042.

Legibility is key here, with a high contrast dial, encased under a box sapphire crystal (in keeping with the original). This year, though, the watch comes in black PVD with a black rubber strap that’s fashioned to resemble a Milanese bracelet—great for those who like the look of a Milanese but prefer to keep their watch sporty. A crown at two o’clock adjusts the rotating bezel while the hands are adjusted via the crown at four o’clock. Driven by the Calibre L888, based on the ETA A31.L01, the watch has a power reserve of 64 hours on a full wind.