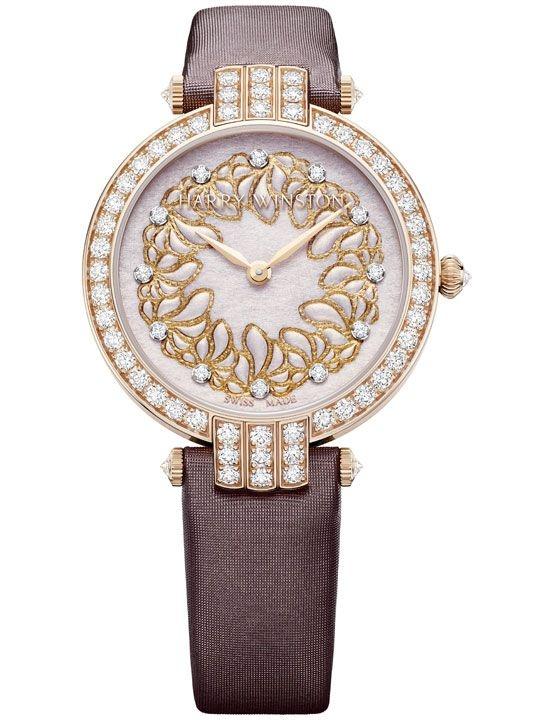 Every year, Harry Winston amazes us with breathtaking metiers d’art dials and this year is no exception. Harnessing the beauty of raw silk, Harry Winston’s craftsmen have chosen to use the delicate material for the dial in their latest addition to the Premier collection.

Working with biologists in France, Harry Winston used a revolutionary technique where silkworms are placed on a plate and left to weave the fabric on their own without human interference. The resulting raw silk is then dyed in red, grey, white or pink to form the canvas on which an 18K or 22K gold design can be stamped to create a gorgeous dial.

Naturally, this feat is not easily accomplished. For one, the fragile raw silk is tricky to emboss and stamp with gold. On top of that, the craftsmen had to find a way to attach the silk to the dial without using glue, which would have seeped through the silk. The ingenious solution? Using diamond indexes to pin the silk down, resulting in an elegant and mesmerising work of art. 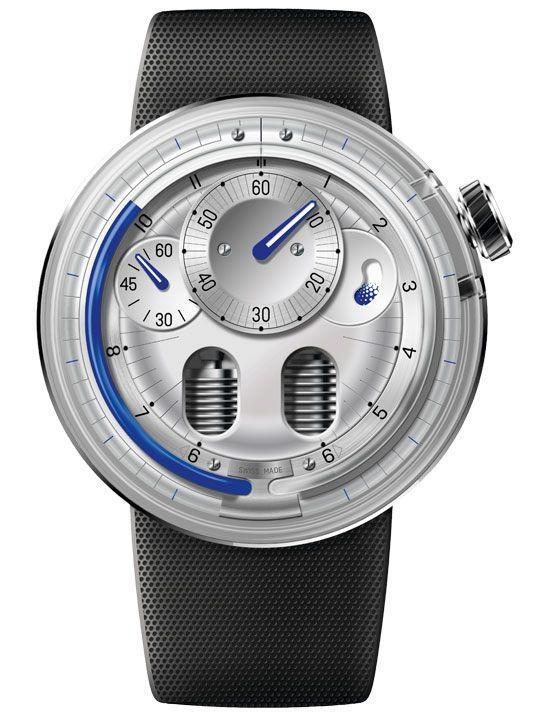 A brand as avant-garde as HYT tends to raise expectations with each new release. While previous years' novelties saw HYT upping the ante on its signature mechanically driven liquid time display with coloured fluids, skull motifs and decorative crafts, new H-o collection is a bit unusual in that it shows the brand taking a step back to reflect on its body of work.

Here, the H-o watches ('o' for origin, get it?) feature redesigned dials that throw the spotlight firmly on the original expression of liquid-aided time-telling. Comprising three variants with a choice of green, black or blue liquid displays, the dials are anchored by curves and round shapes to evoke water droplets.

And where their predecessors were keen to flaunt their inner workings, the H-o provides a mere peek with oval windows that partially reveal the bellows that are key to controlling the pressure of the liquid in the glass capillary. The folks at HYT call it a “back to basics” offering. That is, of course, only half true, considering that immense technical undertaking that goes into each creation. Clad in titanium, each coloured variant is limited to 15 pieces. 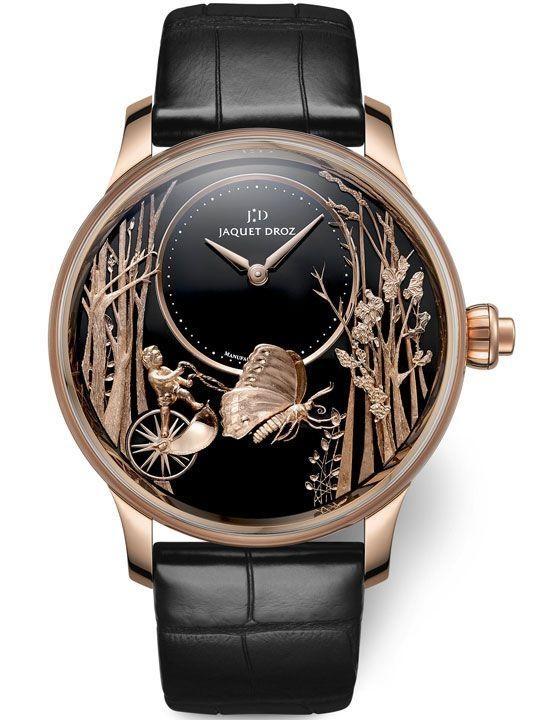 If you’re a fan of automatons, Jaquet Droz is your go-to. After all, its founder, Pierre Jaquet Droz was renowned in the 18th century for his work in automatons. In fact, his best-known creations like The Writer, The Musician and The Draughtsman are still functional and drawing crowds at Switzerland's Museum of Art and History.

The brand’s latest creation joins a family of existing automaton watches including the Charming Bird and Lady 8 Flower. It features a pastoral scene of a forest with a cherub and butterfly in the foreground, inspired by - get this - a sketch that one of its automatons, The Draughtsman, was programmed to make by Pierre's son, Henri-Louis.

"We want to take people back to the time when they were six, when their worlds are untainted by politics, religion, the economy and things like that. These are times of innocence and beauty and wonder," explains CEO Christian Lattmann. "We want to play with optical illusion, and elicit the sense of nature coming to life."

Taking three years to develop, the automaton’s mechanism has two patents pending -- two for the automaton mechanism, and another for the dial decoration. At the push of a button, the butterfly’s wings flap gracefully as the chariot’s wheel turns, alluding to being pulled along by the butterfly. Two barrels power the automaton, with another one driving the watch movement. When wound fully, the power reserve allows the butterfly to flap its wings 300 times over a period of about two minutes.

The gold 'trees' on the dial are just 0.2mm thin and are individually fixed at the base, like how one does the hands of a watch. This patent-pending innovation combines both watchmaking and art which, if you think about it, is really what Jaquet Droz is about. 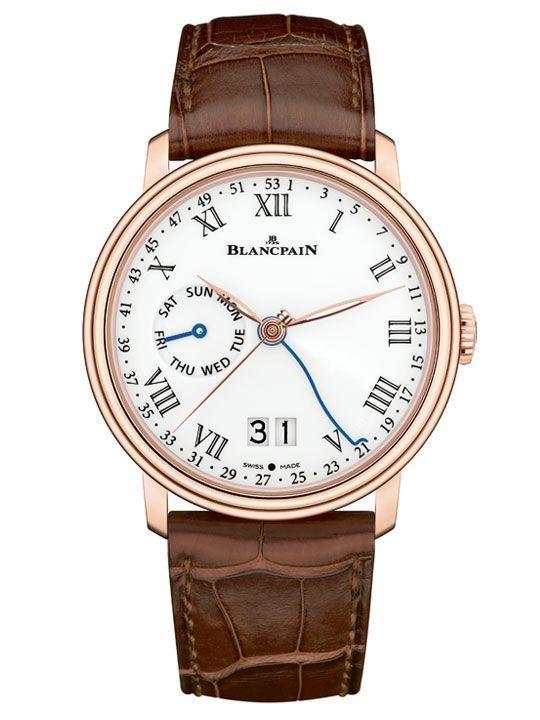 In the hunt for a calendar watch? You cannot go too wrong with something from Blancpain, which has introduced some truly far-out creations, such as one featuring a traditional Chinese calendar. The Semainier Grande Date 8 Jours may not offer the same mechanical flamboyance, but it is a work of art that lends further credence to Blancpain’s technical superiority in this genre of complications.

For one, the watch is powered by the Calibre 3738G2, one of three new in-house calendar movements that Blancpain has launched this year. Backed by three mainspring barrels, the movement’s eight-day power reserve is particularly handy for a calendar complication, a typical drawback of which is the need to adjust the various displays if the watch is not worn for a while.

Besides the day and large twin-date displays, there is also a week indicator that points to the 53 weeks that make up an entire year. The watch utilitarian movement is matched by elegantly appointed design, flaunting an enamel dial in red gold case that is both stately and timeless – simply apt for a timepiece that counts charting the passing of the days as its main virtue.