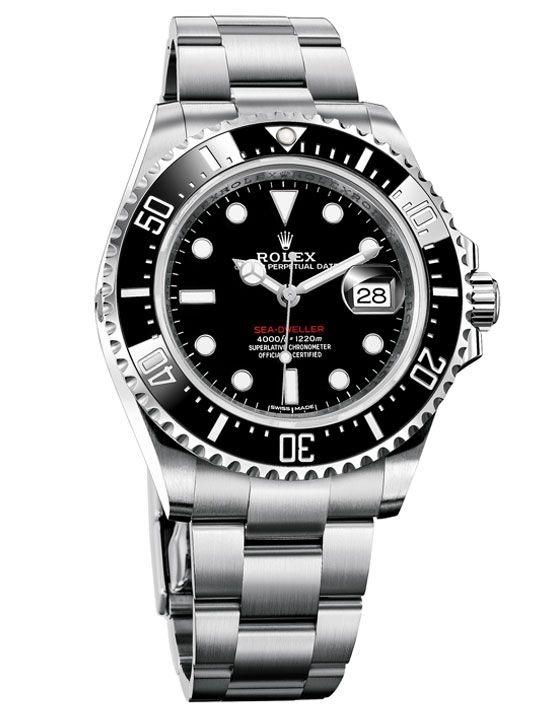 If 2016 was the year of the Daytona, 2017 is the Sea-Dweller’s turn to shine. Last seen in 2014, the Sea-Dweller now comes in a bigger 43mm case compared to 40mm from before, making the watch noticeably larger than a Submariner and, hence, giving less cause for mistaken identity (read our comparison of the Sub and Sea-Dweller here).

One of the noticeable differences in the new Sea-Dweller (apart from its size) is the inclusion of a Cyclops lens over the date window at three o’clock. In addition, the model name appears in red rather than white as in the previous model.

For the first time, the Calibre 3235 is used in a Rolex Professional category watch. Featured in both the 2015 Pearlmaster 39 and 2016 Datejust 41, the Calibre 3235 is a self-winding movement that incorporates the new Rolex-patented Chronergy escapement that combines high energy efficiency with great dependability. A new barrel architecture contributes to the movement’s 70-hour power reserve, giving the new Sea-Dweller a significant bump up from 48 hours before, so the watch will still run if you leave it alone over the weekend. But then again, why would you? 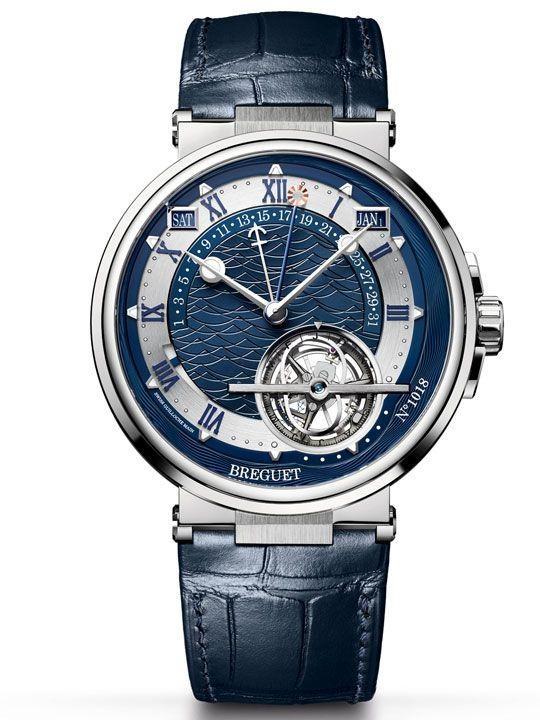 For far too long – and we don’t mean it in a bad way – Breguet’s Marine collection has been viewed as a sporty-luxe offering that straddles both regal and robust aesthetics without fully committing to either, so as to uphold the brand’s DNA in classical horology. The Marine Equation Marchante 5887, however, demonstrates that Breguet can also stretch the sportive luxury definition with ease.

The watch references the time when founder Abraham-Louis was the official chronometer maker to the French Royal Navy during the 18th century. Its main complication, the equation of time, shows the difference between the ‘normal’ and ‘solar’ time, a handy feature which at that time helped determine a ship’s position at sea. While complex to construct, this equation of time is super easy to read, thanks to a separate sun-tipped minute hand that lets one ascertain the difference at a glance. Adding to this are two other major complications – a perpetual calendar and 60-second tourbillon, which together help confer this Marine offering its ‘grand complication’ status. Housed in a very sensibly sized 43.9mm case (in platinum or rose gold), the watch’s technical prowess is matched by gorgeous nautically inspired tones and hand-engraved motifs – certainly something for Breguet fans to fawn over. 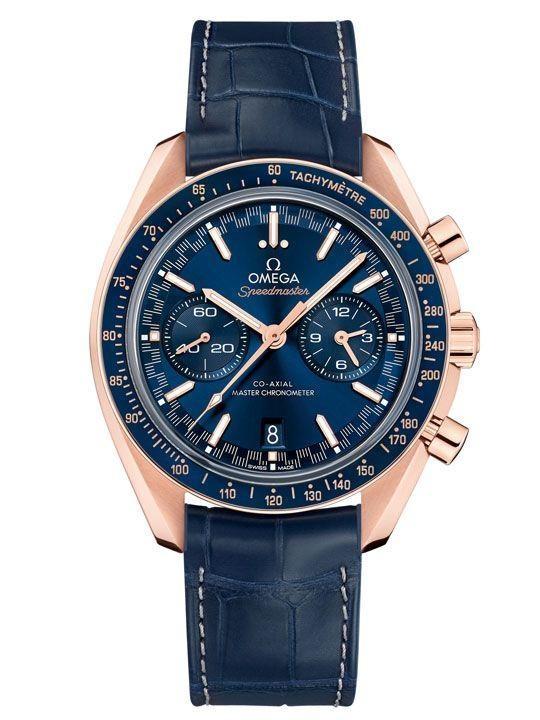 The question this year, really, if you were an Omega fan, is “Which Speedmaster to get?” The iconic collection, affectionately christened ‘Speedy’, turns 60 this year. While it shares the same birth year as the Seamaster 300 and the Railmaster, both quintessential Omega mainstays, it is the Speedmaster that is arguably the brand’s most recognisable and coveted watch.

So, which shall it be? The obvious answer would be the retro-inspired reissue that forms part of the 1957 Trilogy collection that also comprises the aforementioned two models. But if you were a forward-thinking collector, we would recommend the Speedmaster Racing Master Chronometer. A symbolic creation that points to the Speedmaster’s future while respecting its past, the chronograph drips with nostalgia, particularly its minute track design that references a 1968 model to recall the collection’s motor-racing lineage. Yet the watch is resolutely modern from the inside-out – a certified Master Chronometer that promises unequalled precision, robustness and anti-magnetism, running on Omega’s groundbreaking automatic Calibre 9900 from 2016 with four-year warranty. 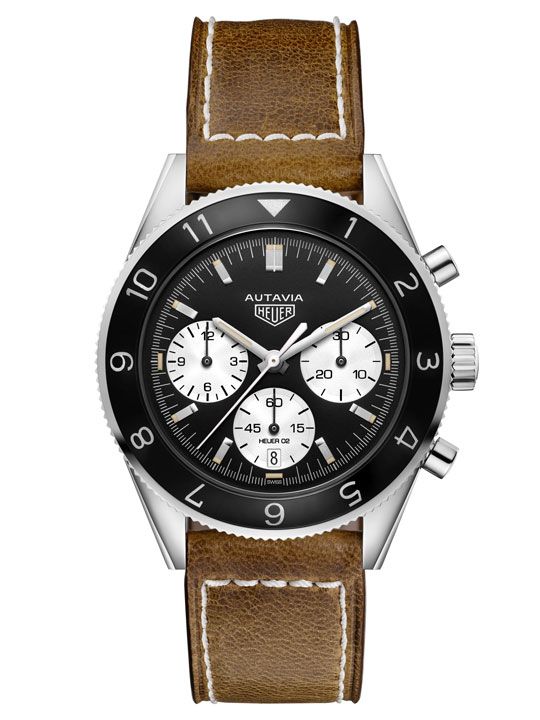 There are many things to love about the Autavia, and one of the first moments that we fell hard was this time last year, when the brand launched an online competition to get fans to vote for the re-issue (out of 16 vintage designs) that they’d like best to have. Over 500,000 votes were cast for the watch, which was launched in 1962 as TAG Heuer’s first wrist chronograph. And the result is this remake inspired by a 1966 model worn by legendary Formula One driver Jochen Rindt.

The reissue is almost identical, distinguished by a black bezel with hour markers, contrasting chronograph sub-dials, and plus-sized chronograph pushers. On closer inspection, one discovers subtle tweaks have been made to modernise the look. The bezel is broader, and the case size increased to 42mm from 39mm. The retro look, however, belies a modern engine – the in-house Heuer-02 automatic chronograph movement, a robust performer boasting a column wheel, vertical clutch and 80 hours of power reserve. Steel bracelet and leather strap options are available, and we are definitely leaning toward the latter for its sporty, throwback allure. 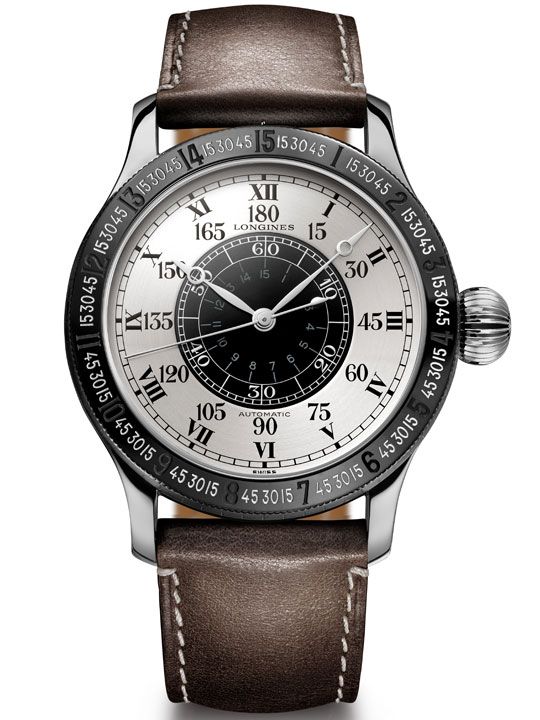 While its big launch this year is probably the revolutionary Conquest V.H.P (read about it here), Longines plays up the nostalgia with this timepiece commemorating the 90th anniversary of American pilot Charles Lindbergh’s first ever non-stop solo transatlantic flight from New York to Paris.

As official timekeeper for the World Air Sports Federation, Longines was responsible for timing the record-setting flight. Later, Lindbergh himself designed the Longines Hour Angle watch, which allowed longitude to be accurately measured on long distance flights.

The new edition of the watch comes in a generously sized 47.5mm case for masculine wrists. A rotating bezel allows for correction of the equation of time while a rotating central dial allows precise synchronisation to the second. A 180-degree scale calculates the longitude while the seconds hand can be synchronised to radio time signals on the black rotating central dial. All the numbers on the dial and bezel can overwhelm slightly but the large dial offers great legibility so you know exactly what you're reading.