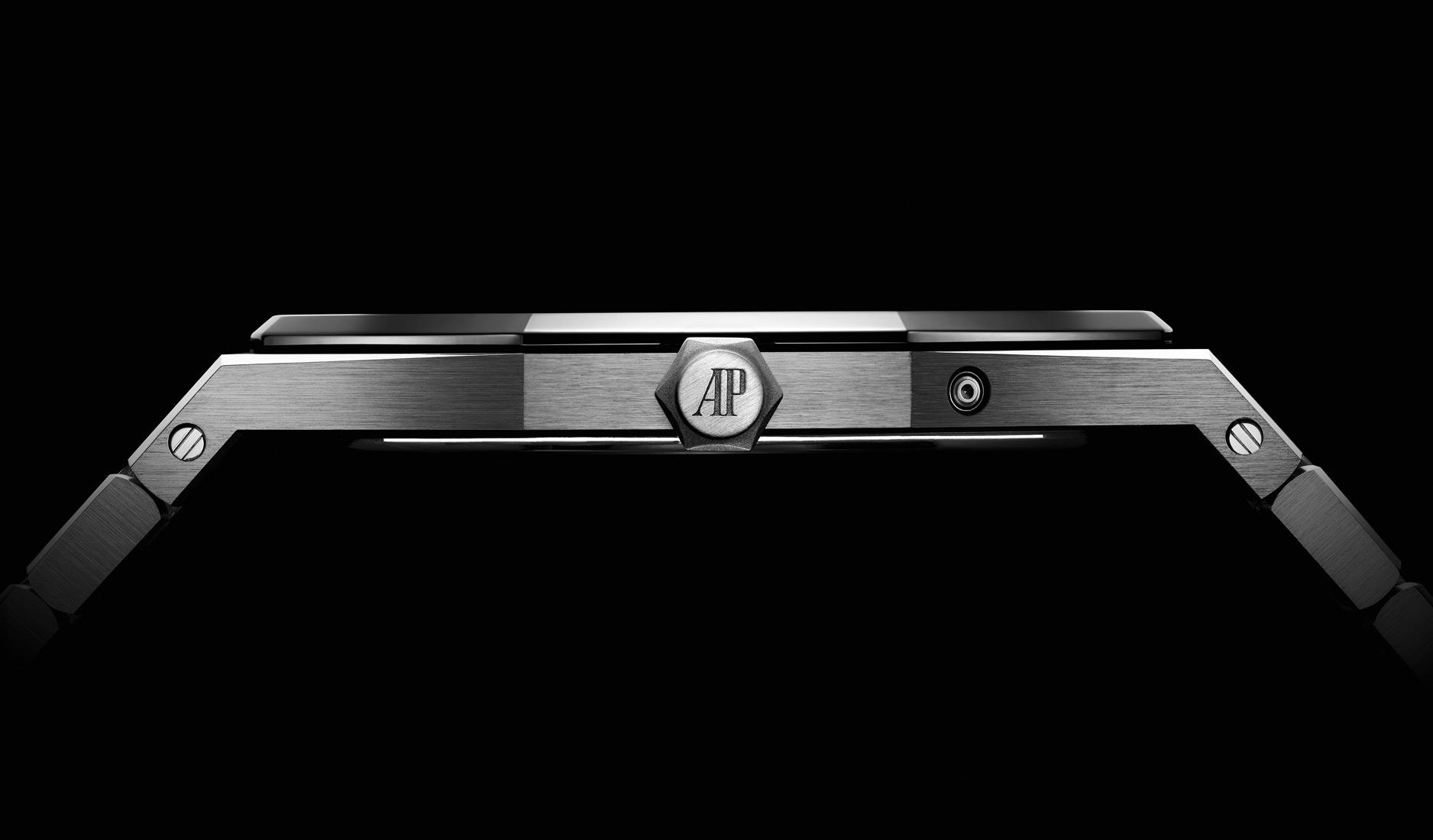 A decade ago, Kate Moss famously (and controversially) declared, “Nothing tastes as good as skinny feels.” Last year, the model revealed her regret at the statement, saying she doesn’t support it as a lifestyle choice. For the record, neither do we. But when it comes to watches, we have to say, skinny does feel pretty good.

The fascination with thin watches isn’t new. From the 1950s, slimline wristwatches started to grow in popularity, both for the sleek aesthetics, and also for the technical chops required to pack hundreds of parts into a case the height of two 20-cent coins.

Naturally, watch manufactures started competing with one another (but often, with themselves) to produce the thinnest (insert your favourite complication here) watch possible. Piaget, Bulgari, Jaeger-LeCoultre and, of course, Audemars Piguet, have all created ultra-thin timepieces that, more often than not, defy expectations.

The Audemars Piguet Royal Oak Selfwinding Perpetual Calendar Ultra-Thin is one such marvel. Touted as ‘the world’s thinnest self-winding perpetual calendar’, this particular Royal Oak has a movement just 2.89mm thick, housed in a case with a height of 6.3mm. 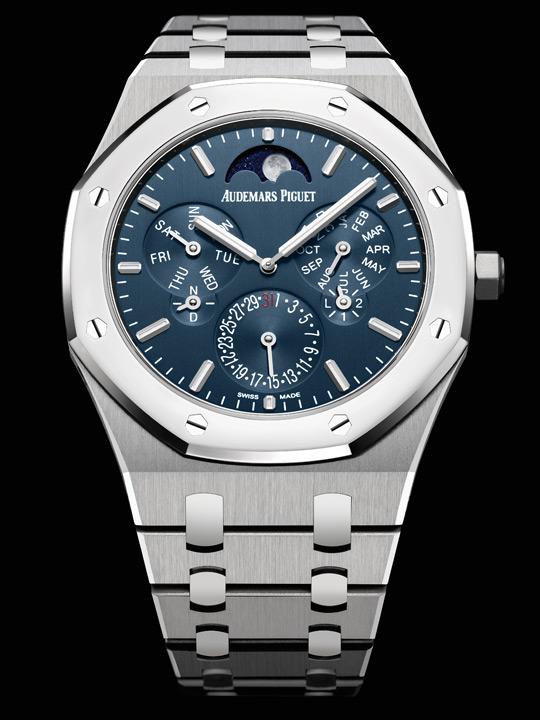 Born from the RD#2 prototype unveiled at SIHH last year, the new watch adds titanium to the original platinum model, to offer a lighter feel in line with the thinner aesthetics. Where previously, the perpetual calendar functions had been placed in three layers, the end-of-month cam is now part of the date wheel, while the month cam has been integrated into the month wheel. These patented innovations allow for three layers to be combined into a single layer, optimising space in a revolutionary way. 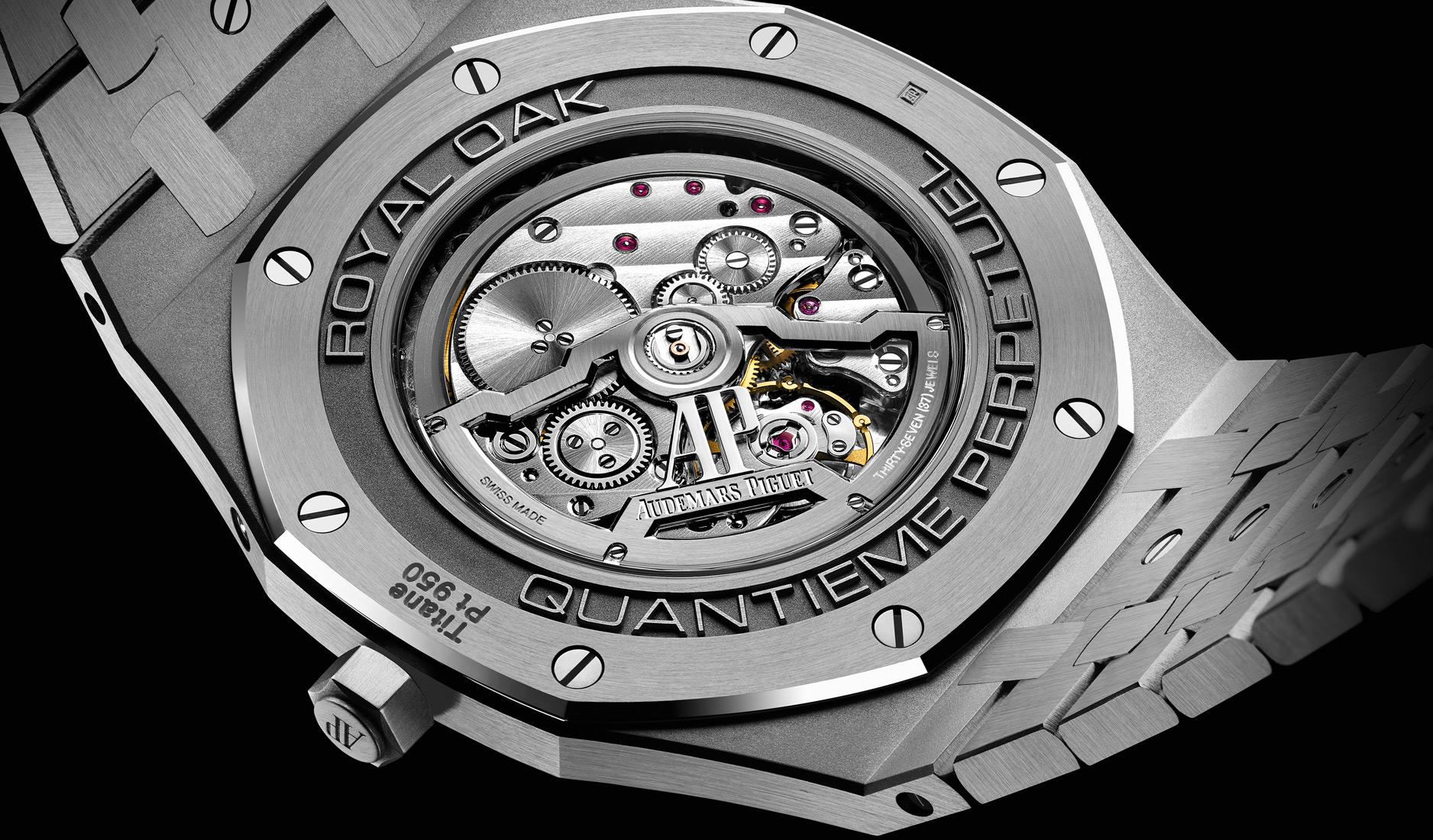 With such ingenuity, it’s clearly not the first time Audemars Piguet has embarked on such ultra-thin endeavours. From early days in 1921 when the brand introduced the thinnest pocket watch with a 1.32mm movement, to 1986 when it produced the first—and thinnest—self-winding wristwatch with a tourbillon (at 7.2mm, it remains today the smallest tourbillon ever produced), Audemars Piguet has kept its eyes firmly on the prize, employing both high technology and creativity in its timepieces.

In contrast to the RD#2, the ‘Grande Tapisserie’ pattern has been replaced with a blue satin-finished dial. While that certainly helps with legibility—an important feature, since the dial is quite cluttered—it also removes a signature that many have come to associate with the Royal Oak. Fans will probably be divided here but if we know the brand, it’s not afraid to challenge convention and do something new (looking at you, Code 11.59).

Of course, something of this calibre (pun unintended) isn’t going to come cheap. At 140,000 Swiss francs, the Royal Oak Selfwinding Perpetual Calendar Ultra-Thin isn’t your average daily beater. It’s a lot more than that, packed into a machine that will slip neatly under your cuff with room to spare, affording what we call form with function.