On the cusp of a new dawn for Audemars Piguet?

Not in recent times has a watch collection garnered so much controversy that it’s split opinions of collectors, journalists, and even the most apathetic watch aficionados (yes, they exist). Even before the collection was officially launched, some media platforms 'leaked' the news (or perhaps were given early access) and from then on, social media went into overdrive with many opinions - and mostly divisive ones. But there's no such thing as bad press, right? We’re talking, of course, about the Audemars Piguet Code 11.59.

The first question most people have usually involves the ostensibly strange moniker. At the SIHH press presentation in Geneva this year, Audemars Piguet CEO François-Henry Bennahmias revealed the rationale behind the name. “11.59 is one minute before a new day. This shows Audemars Piguet is always one step ahead.” Clever copywriting or marketing shtick? You decide.

It’s interesting that Audemars Piguet would choose to debut an entirely new collection in today's testy retail climate rather than leverage on its bestselling family of Royal Oaks. Sure, there are new versions this year—we even picked one as our SIHH highlight—but there’s no denying Code 11.59 is the brand’s focus for the moment. A fellow watch journalist astutely observed that perhaps the brand needed to offer its collectors something more. After all, there are only that many Royal Oaks one can buy. (Again, this is debatable, of course.) 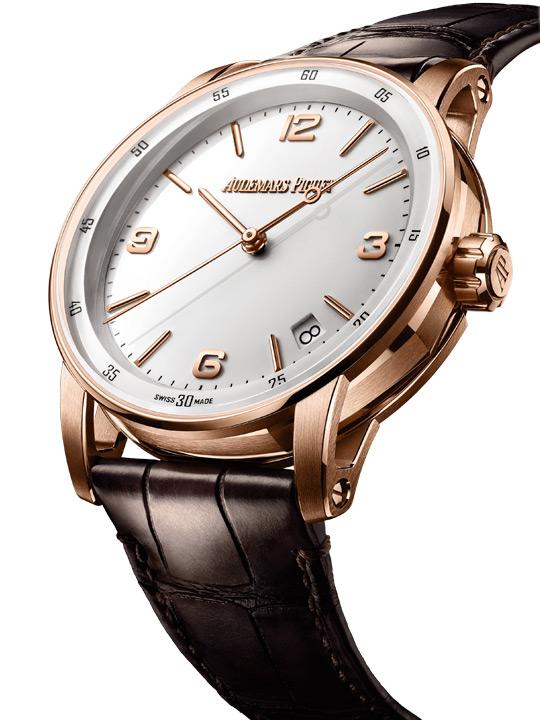 To show how serious it is about the new collection, Audemars Piguet has launched not just five or 10 models, but 13 different executions, including a perpetual calendar, self-winding flying tourbillon and minute repeater. For this review, we’ll look more closely at the basic three-hand self-winding model (above).

So what exactly does Code 11.59 offer? Well, first and foremost, Audemars Piguet is clear that the collection is pitched at both sexes. Heritage and museum director Sébastian Vivas explains, “For the first time, we are… presenting a collection consciously designed for both men and women, with an arched ergonomic case comfortable for all to wear.”

Vivas is trying to make the point that even though the case measures 41mm, Code 11.59 timepieces should sit well on most wrists. However, on my skinny wrist, the watch seemed oversized and overwhelming. It also didn’t help that the lugs, while curved, were rather long. So while I acknowledge my wrist is smaller than most, I do think the watches should have been about 39 to 40mm to truly be unisex.

On the subject of lugs, one point of contention was the seemingly unnecessary decision to weld only the top of the lug to the case. If you gave the watch a sweeping glance, you wouldn’t have been able to tell the bottom part wasn’t attached to the case. It’s only upon closer inspection that you’ll see a sliver of a gap. While questionable to some, I thought this barely-there approach echoed nicely the logo treatment on the dial, another feat the brand is debuting this year.

Fashioned from thin layers of 24K gold, the logo is made through galvanic growth—a chemical process that can be compared to 3-D printing. Typically used for movements, this is the first time the technique is used with 24K gold. With each letter connected by a link about as thick as a strand of hair, the barely-there execution is both subtle and elegant, and perfectly complementary to the aforementioned design of the lugs.

One of the most confounding aspects of the Code 11.59 collection has to be the sapphire crystal. Not only is it domed internally, the external surface is “vertically curved from six to 12 o’clock”, resulting in a slight dip in the crystal from north to south. This offers a very interesting visual perspective of the dial while bouncing off light for various optical illusions.

All Code 11.59 watches come with an octagonal middle case sandwiched between a round upper and lower frame. While evocative of the octagonal bezel on the Royal Oak, it feels a little haphazard. We’re also not sure why the need to reference the brand’s icon since this is a new collection and - as the higher-ups at Audemars Piguet have pointed out - should have its own identity. 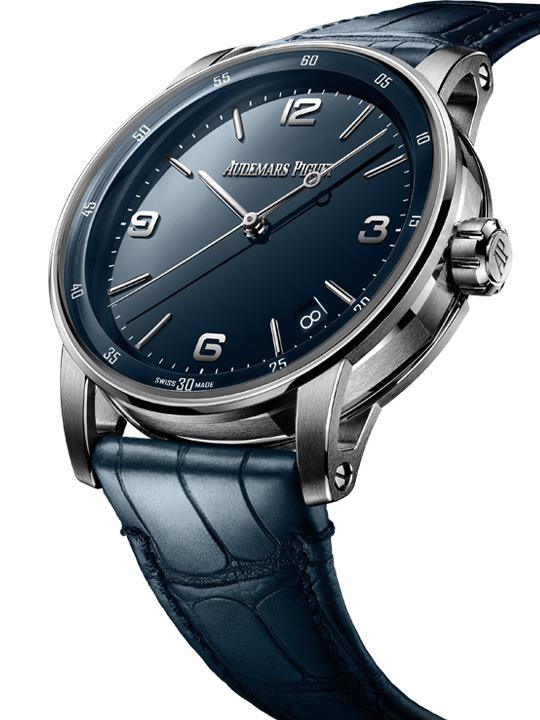 That said, it is without a doubt the Code 11.59 watches challenge convention and require ingenuity and painstaking craftsmanship to execute. But as a “contemporary evolution of the classical dress watch”, Code 11.59 has found itself wedged in an uncomfortable position between dressy and sporty, playing neither role expertly. Whether it’s worth the hype is certainly up to the individual to decide but it would be premature to dismiss the collection entirely. We think this could be one that might grow on us eventually.