Watch Of The Day: A. Lange & Söhne Zeitwerk Decimal Strike

Your one-minute primer to the A. Lange & Söhne Zeitwerk Decimal Strike. 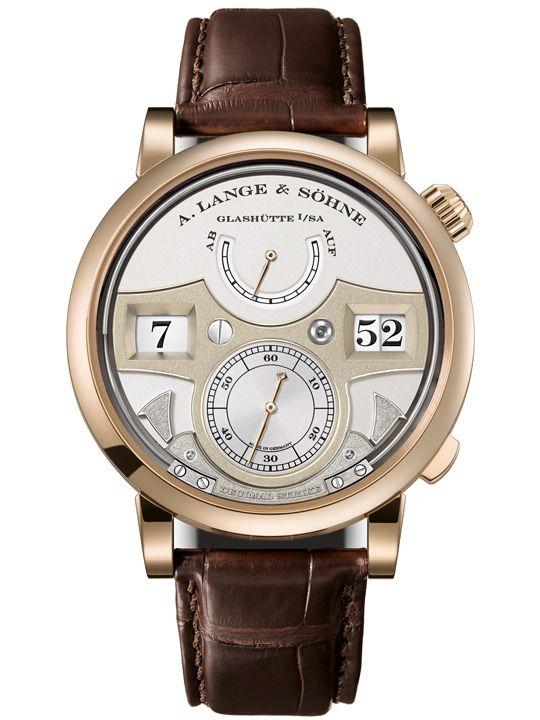 This watch completes the trilogy of chiming Zeitwerk watches. A ‘best of’ compilation of sorts, it sounds out the time ‘in passing’ like the Striking Time, and similar to the Minute Repeater, it chimes the 10 minutes. Just like its forebears, its striking mechanism is visible on the dial side; the hammer on the left hits a low-pitched gong once every hour and the other sounds a higher pitched tone every 10 minutes. At 44.2mm, the watch may not qualify as a viable dress watch option for some, but we find it hard to say no to the satisfying heft of its case in Lange’s proprietary honey gold. Limited to 100 pieces.