Looking for a ‘simple’ watch with superhero-level powers? You have come to the right place. 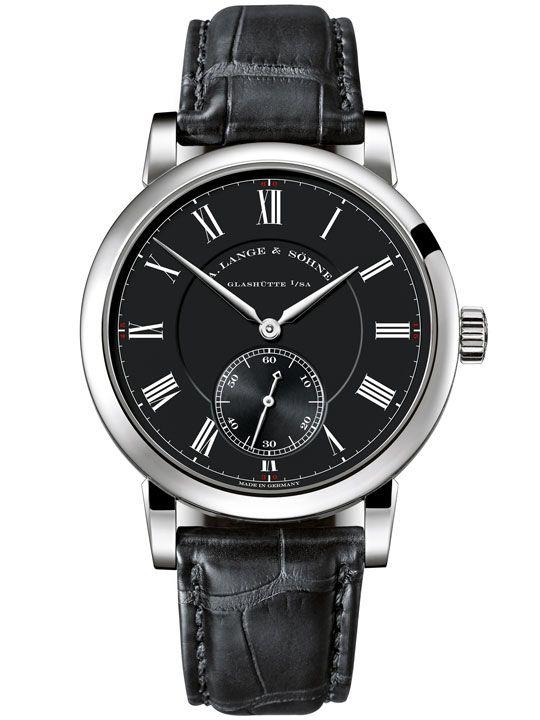 FIRST OF ALL, THE ‘POUR LE MÉRITE’ TAG IS A BIG DEAL. It means ‘Order of Merit’, and the suffix takes after an 18th century Prussian military and civil honour bestowed on citizens for their superlative achievements and contributions to the state. In Lange’s case, the ‘Pour le Mérite’ title is reserved for a special – or the ultimate, according to Lange aficionados – collection of timepieces that expresses the best of the brand's mechanical ingenuity and aesthetic refinement.

SO WHAT IS LANGE'S 'BEST’? All of Lange’s ‘Pour le Mérite’ watches are fitted with a fusée-and-chain mechanism, a 16th century invention, which looks like a super-miniaturised bicycle chain system in a wristwatch. What the fusée-and-chain does is that it guarantees constant torque, and hence ultra-precise timekeeping, whether the watch is fully wound or not. The mechanism’s arduous construction is not for the faint of heart, and Lange is among a small handful of watch companies in the world that can master the fusée-and-chain system. 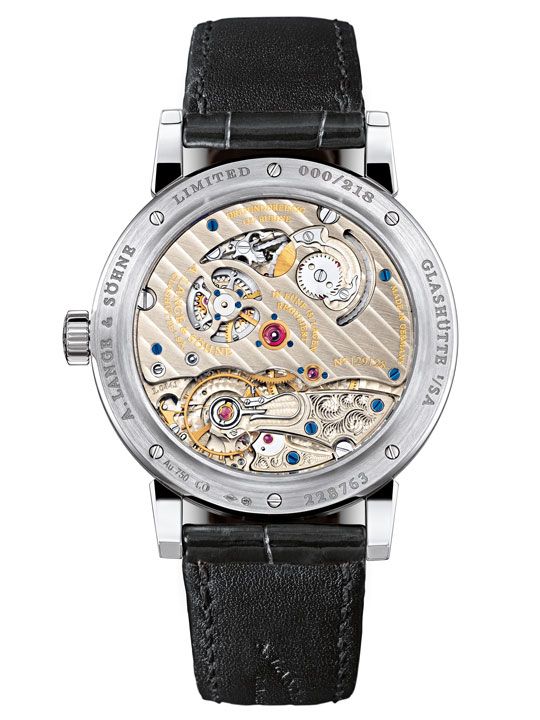 GOES WITHOUT SAYING THERE AREN’T MANY OF THESE AROUND. To date, there are only four ‘Pour le Mérite’ Lange watches, not counting variations. Interestingly, all other versions are equipped with additional complications. The Richard Lange ‘Pour le Mérite’ is the only one of its class offering solely time-telling functionality.

AND YOU KNOW WHAT THEY SAY – THE SIMPLEST WATCHES ARE THE HARDEST TO MAKE. It’s true. The Richard Lange’s purity of form and expression demands utmost finesse. Inspired by scientific observatory watches, the time-only Richard Lange ‘Pour le Mérite’ is anything but basic. If one includes all the components of the fusée-and-chain, the watch’s hand-wound Calibre L044.1 boasts an astounding 636 parts. Factor in Lange’s exacting standards of finishing and double-assembly process, and you have a watch that is very, very challenging to put together.

HOW QUICKLY WILL THEY BE SNAPPED UP? An esteemed frienemy watch site reported – with information quickly echoed by another – that the first versions of the Richard Lange ‘Pour le Mérite’ from 2009 with enamel dials in platinum or rose gold cases (50 and 200 pieces, respectively) took a while to get sold out, due to the shifting economic winds of the time. But they still eventually did. As for this year’s version in white gold case, there are 218 pieces available. We say if you are a big enough Lange fan who knows what’s what, you may want to get your dealer on the phone pronto.

Published in A. Lange & Söhne Articles