A. Lange & Söhne shines with its latest Lange 1 anniversary model. 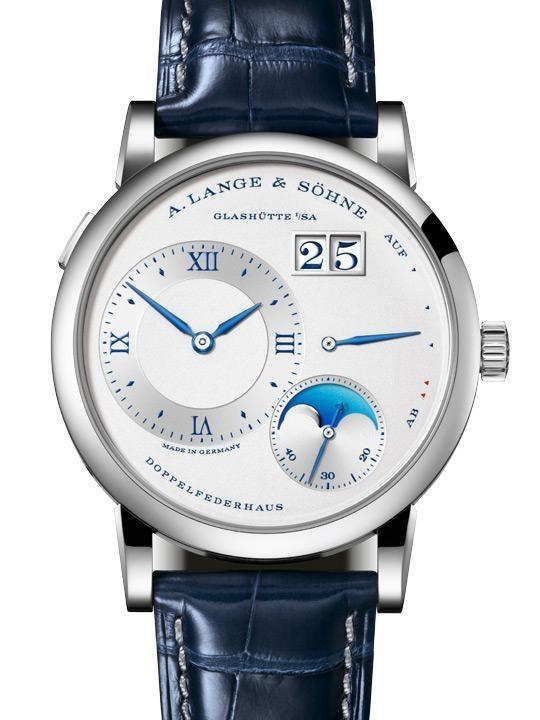 We’re not big on stereotypes but you have to admit, the Germans are known to be highly efficient, no-nonsense and disciplined. Look at the Bauhaus aesthetic, for example. It’s clean, functional, and gets the job done. So when German legend A. Lange & Söhne broke out of the mould and got a little playful, we sat up and took notice.

And if you don't already know, the Saxonian manufacture has been a bit of a tease this year, celebrating the 25th anniversary of its iconic Lange 1 with a new model released each month from January till October. At first, we wondered if so many Lange 1s would get tedious after a while. Surprisingly, it has been just the opposite and we found ourselves eagerly anticipating the next version of this signature model and taking guesses on which complication would feature next. 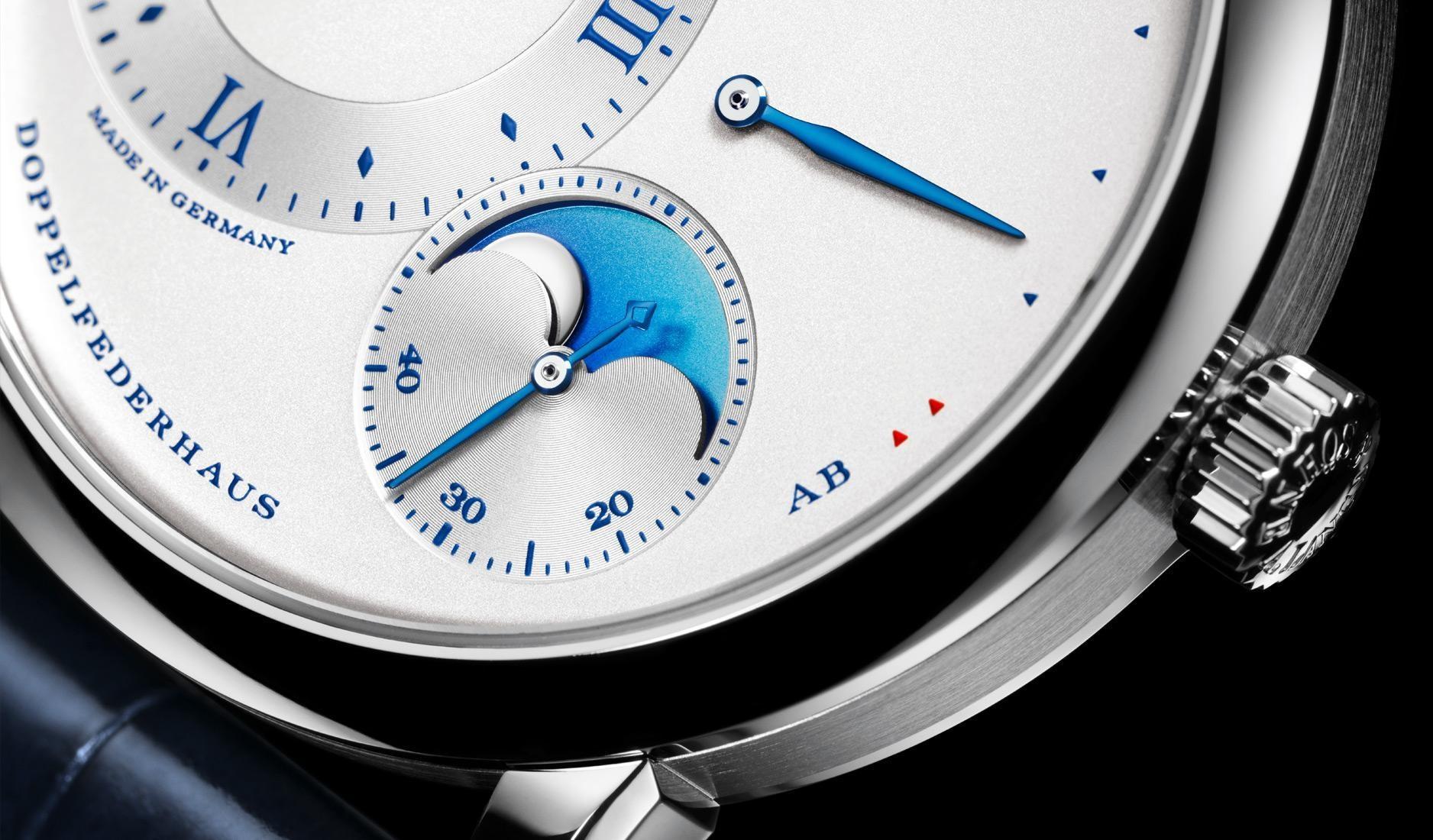 An extremely clever contraption, the day/night indicator here is fused with the moonphase display via a solid gold celestial disc that has a clear blue section to denote daytime, and a darker blue portion dusted with 383 laser-cut stars to denote nighttime. Gradating shades of blue also take the wearer gently from day into night. Not only is it brilliant for its smart and economical use of real estate, it’s also quite simply stunning.

While not a new complication (the brand first showcased it in 2017), the moonphase with day/night indicator is a reminder of the ingenuity that goes into each A. Lange & Söhne timepiece. And don’t get us wrong, the brand may have been playful in its Lange 1 unveilings, but it is still entirely German in its level of precision and technical chops. 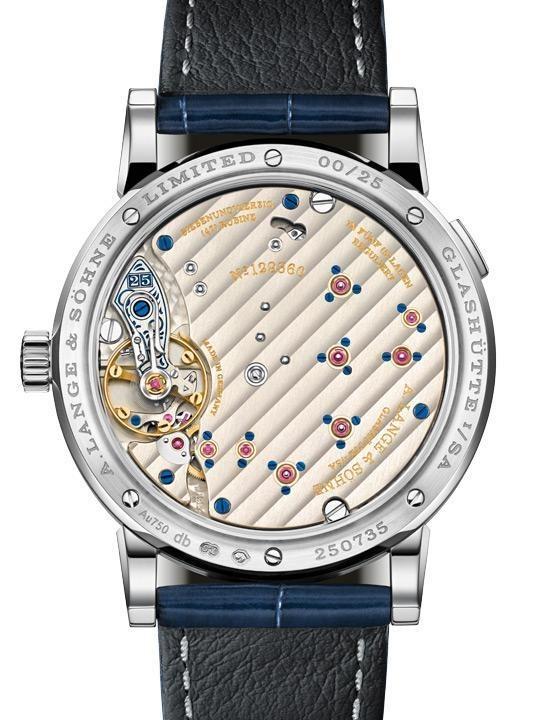 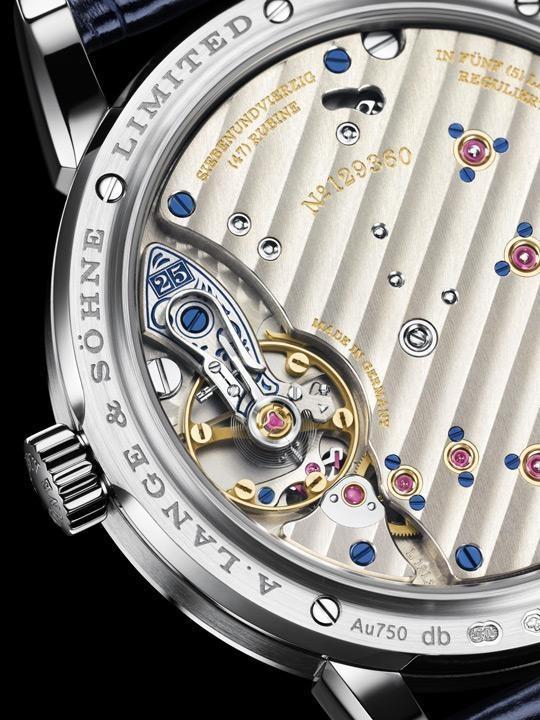 Expect the same exacting standards in the rest of the watch—the balance cock (above) is beautifully polished and engraved with the outsize date (a signature of all ‘25th anniversary’ models), while the twin mainspring barrel allows for a maximum of 72 hours’ power reserve. Complemented with a hand-stitched blue alligator leather strap with grey seam, this watch (like the rest in the collection) is limited to just 25 numbered pieces.