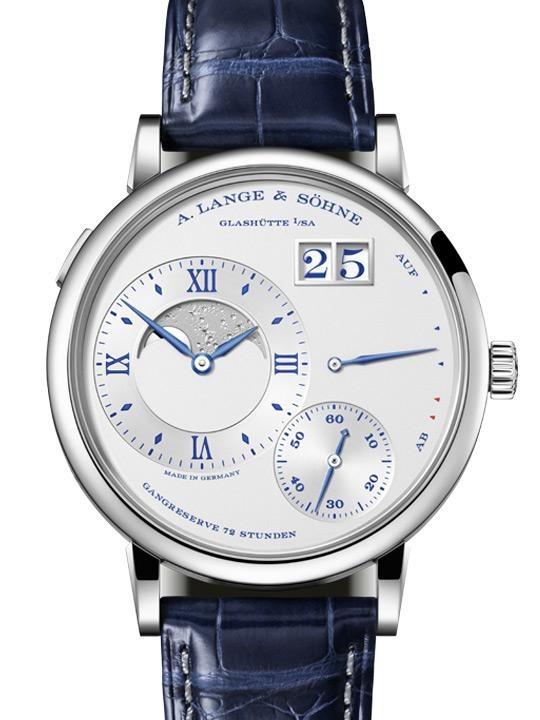 If you’ve been following us long enough, you’d know we have an extremely soft spot for A. Lange & Söhne. There’s plenty to love about this German brand, from its meticulous double-assembly process to its amazing finishing techniques and groundbreaking innovations.

This year, the icon of the family celebrates its 25th anniversary in a big way. A limited edition of the Lange 1 will be presented every month until October 24, 2019—exactly 25 years since Walter Lange and Günther Blümlein relaunched the brand. Yep, you heard that right - ONE Lange 1 EVERY MONTH! 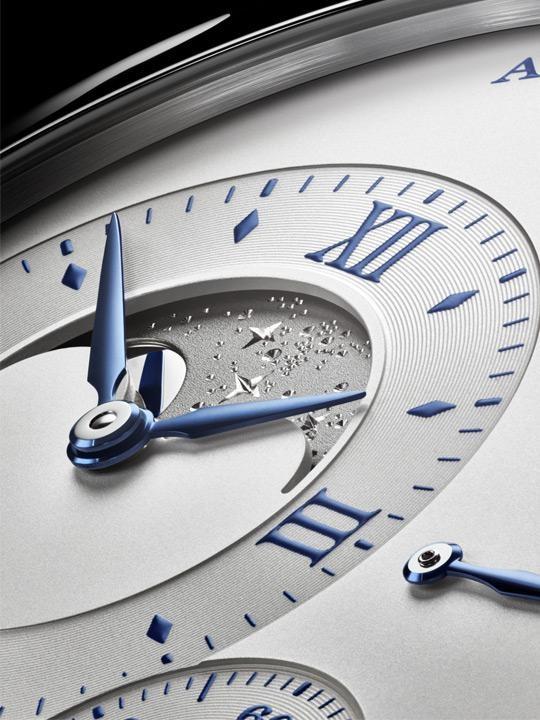 Last month, we saw the introduction of the Lange 1 ‘25th Anniversary’.

This month, the spotlight goes to the Grand Lange 1 Moon Phase ‘25th Anniversary’, an elegant number that, like the first tribute model in January, features an argenté-coloured dial made of solid silver, with blue hands, indexes and date.

Slightly larger than the Lange 1, the Grand Lange 1 was launched five years ago with a diameter of 41mm and a movement that was proportionately larger as well. The moonphase was also shifted from the seconds sub-dial to the main dial, taking up more visible real estate.

In a first for the brand, the Grand Lange 1 Moon Phase ‘25th Anniversary’ comes with a stunning hand-engraved lunar disc, testament to the artistic expertise of Lange’s watchmakers. Six stars and countless dots of varying sizes adorn the solid white gold disc to form a scintillating tableau of the night sky. 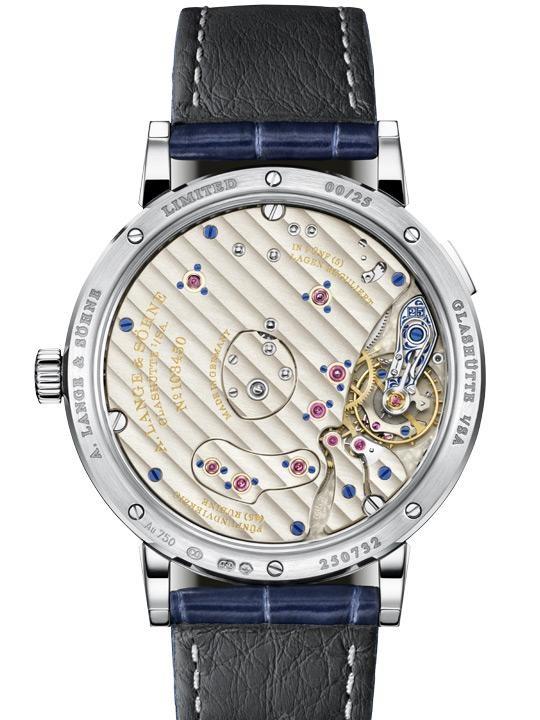 The same Calibre L095.3 in the other Grand Lange 1 Moon Phase pieces beats in the 25th Anniversary edition. What’s new is the iconic ‘25’ engraved on the balance cock, along with a blue floral pattern. Also seen on the Lange 1 ‘25th Anniversary’, we suspect the rest of the Lange 1 tribute pieces in the coming months will bear the same engraving. Watch this space.