The Lange 1 with a twist. 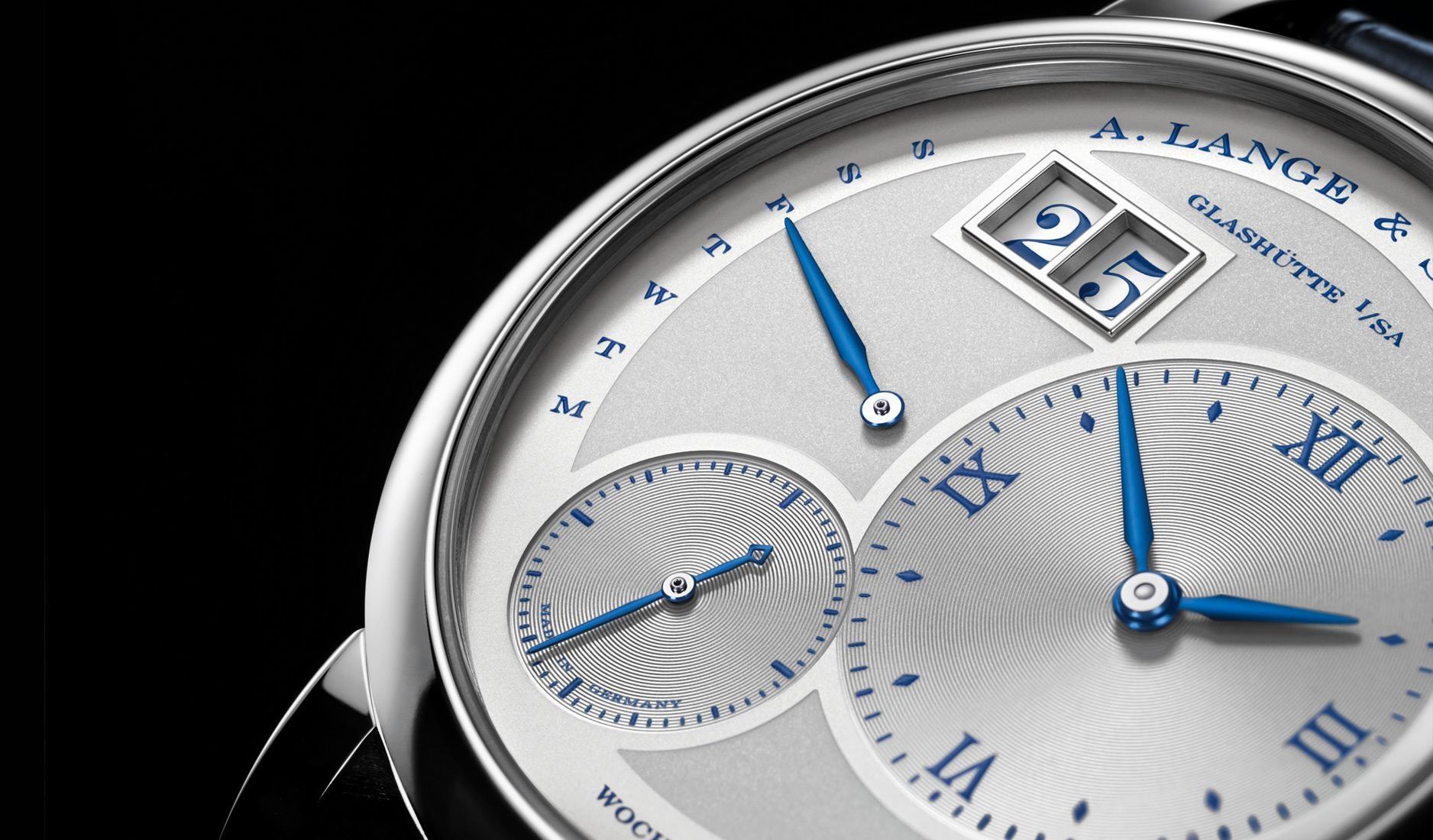 By now, you would have seen seven other variations of the Lange 1 ‘25th Anniversary’ collection, each representing a key model from the iconic series launched a quarter of a century ago when Walter Lange and Günter Blümlein resurrected the German brand to great fanfare.

This month, the eighth model comes in the form of the Lange 1 Daymatic, what some collectors refer to as the automatic sibling of the Lange 1. Instead of the classic three-quarter German silver plate, the sapphire caseback reveals a beautiful gold rotor with platinum centrifugal mass that offers substantial winding power, giving up to 50 hours of power reserve when fully charged. 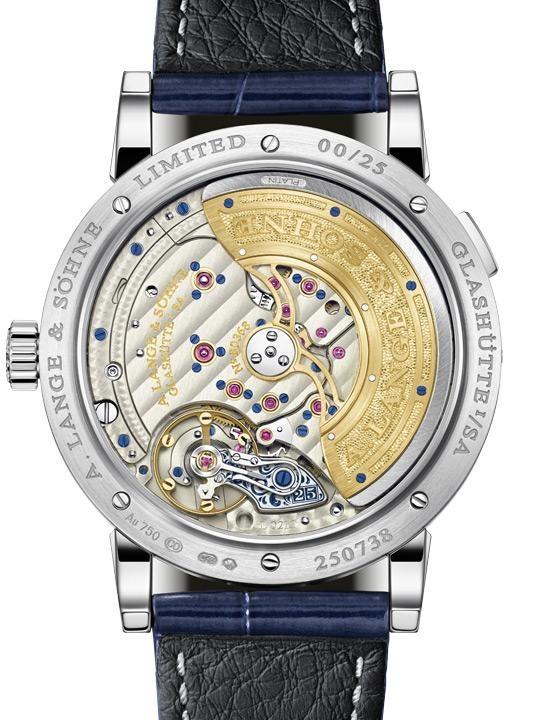 Those concerned about a rotor obstructing the view of the movement have nothing to worry about. There’s plenty to see in the form of Glashütte ribbing, perlage, jewels, blued screws and, of course, the balance cock, which has been specially engraved with a blue floral motif and outsize date, in line with the rest of the ‘25th anniversary’ models.

Since it’s an automatic watch, the need for a power reserve gauge is not as pertinent. As such, the indication has been replaced by a retrograde date display alongside the outsize date on the left. Wait, what? That’s right, brand aficionados will know a key difference between the Lange 1 and the Daymatic is how the dial layout is the exact opposite of each other. So instead of the outsize date on the top right, as is with the Lange 1, the Daymatic’s date window is on the opposite side. Same goes for the rest of the asymmetrical dial layout. 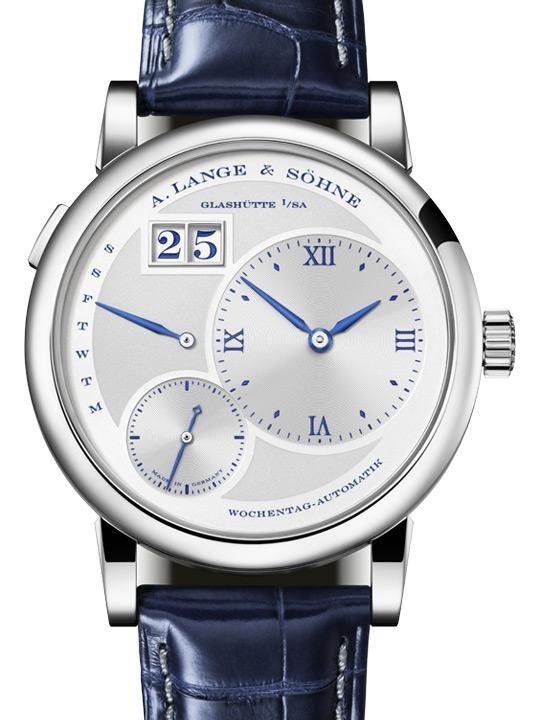 With its white gold case, solid silver argenté dial and blue hand-stitched alligator strap, the Lange 1 Daymatic ‘25th Anniversary’ is every bit a gentlemen’s timepiece and a brilliant addition to the anniversary collection. Limited to just 25 numbered pieces, each one is available for S$65,700.

{module Get the latest Lange reviews and comparisons straight to your inbox!}