Quite possibly the most discreet of Lange 1 upgrades takes centerstage for the collection’s anniversary celebrations this month with the Grand Lange 1 ‘25th anniversary’ commemorative model.

The original Grand Lange 1 was introduced in 2003 and redesigned in 2012. Speaking at the latter's launch, Lange’s director of product development, Anthony de Haas, admitted that if one had attempted to compare the Lange 1 and Grand Lange 1 just by looking at pictures of both watches, he wouldn’t be able to spot the difference. After all, the most ‘obvious’ difference between the two is that the Grand Lange 1’s 40.9mm case is three per cent larger (2.5mm wider) than the Lange 1’s.

However, de Haas also took pains to stress the amount of time and effort his team had spent to “recreate” the Grand Lange 1 for that little bit of heft. Everything, he said, had to be done from scratch, so that the aesthetic and technical proportions of the Grand Lange 1 were right. 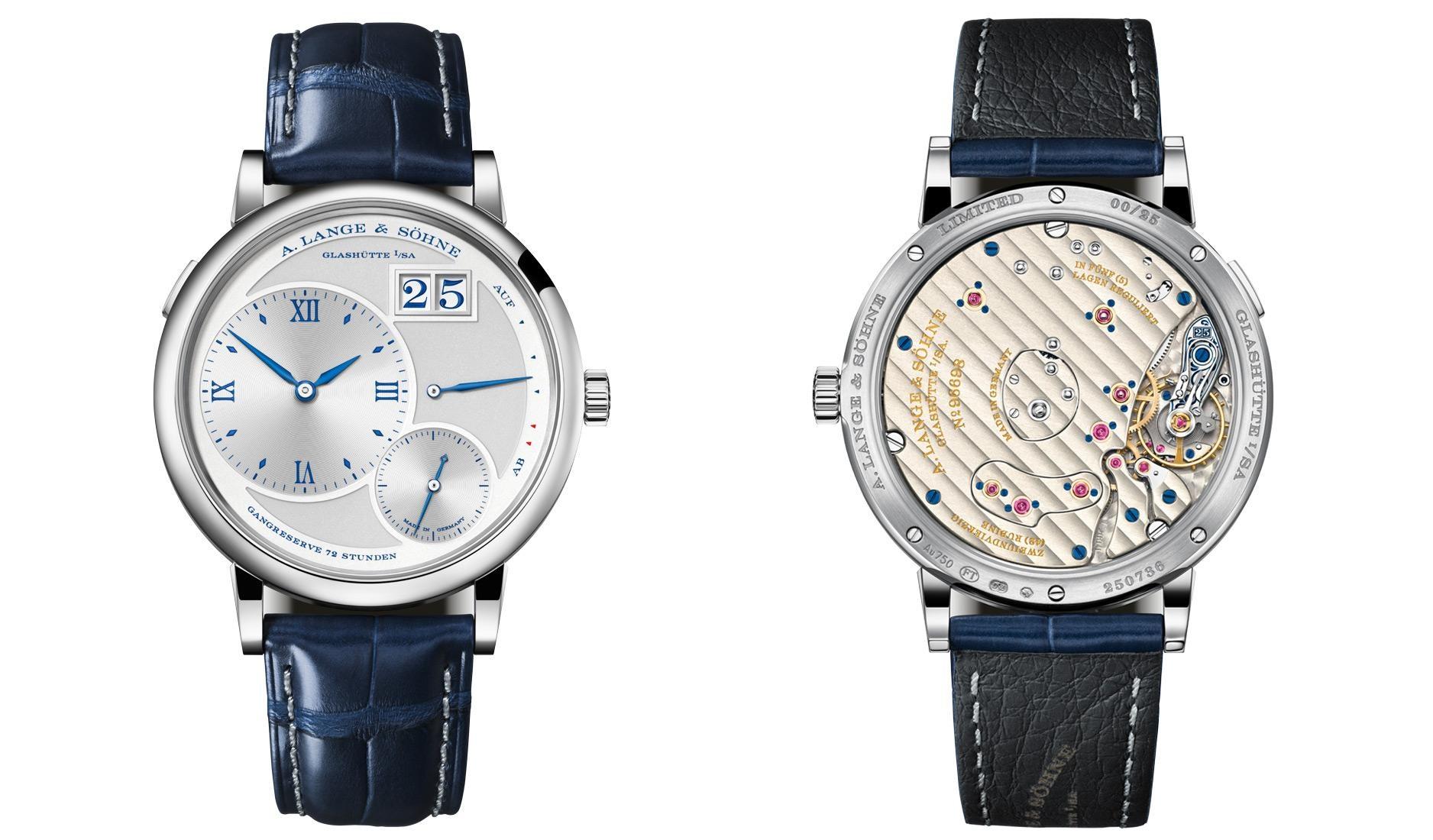 Instead of housing the original Lange 1 movement in a larger case, the Grand Lange 1 debuted the Calibre L095.1, a hand-wound movement slimmer than the Lange 1’s Calibre L121.1, but still boasting the same 72-hour power reserve. It was a development that required a fastidious re-engineering and rearrangement of components, including shifting the hand arbors to accommodate the larger dial display and a more compact architecture for the thinner movement. 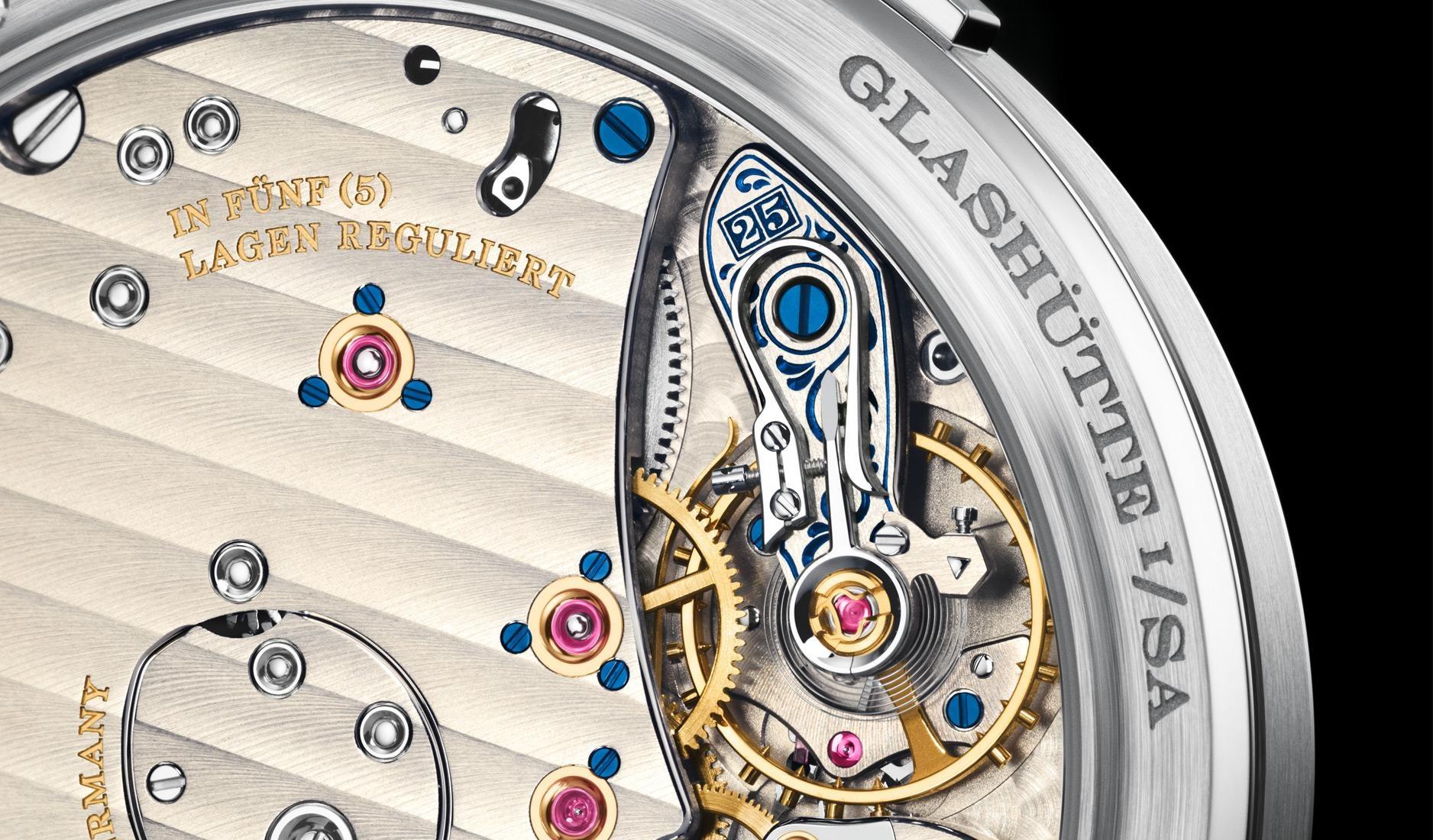 At that time of the Grand Lange 1’s launch, the watch’s upgrades were so subtle that it proved to be a challenge for marketers. But in true Lange fashion – and with much respect to its fans, who NEVER gloss over the details – the Grand Lange 1’s virtues shone through and has since become a mainstay of the Lange 1 repertoire. 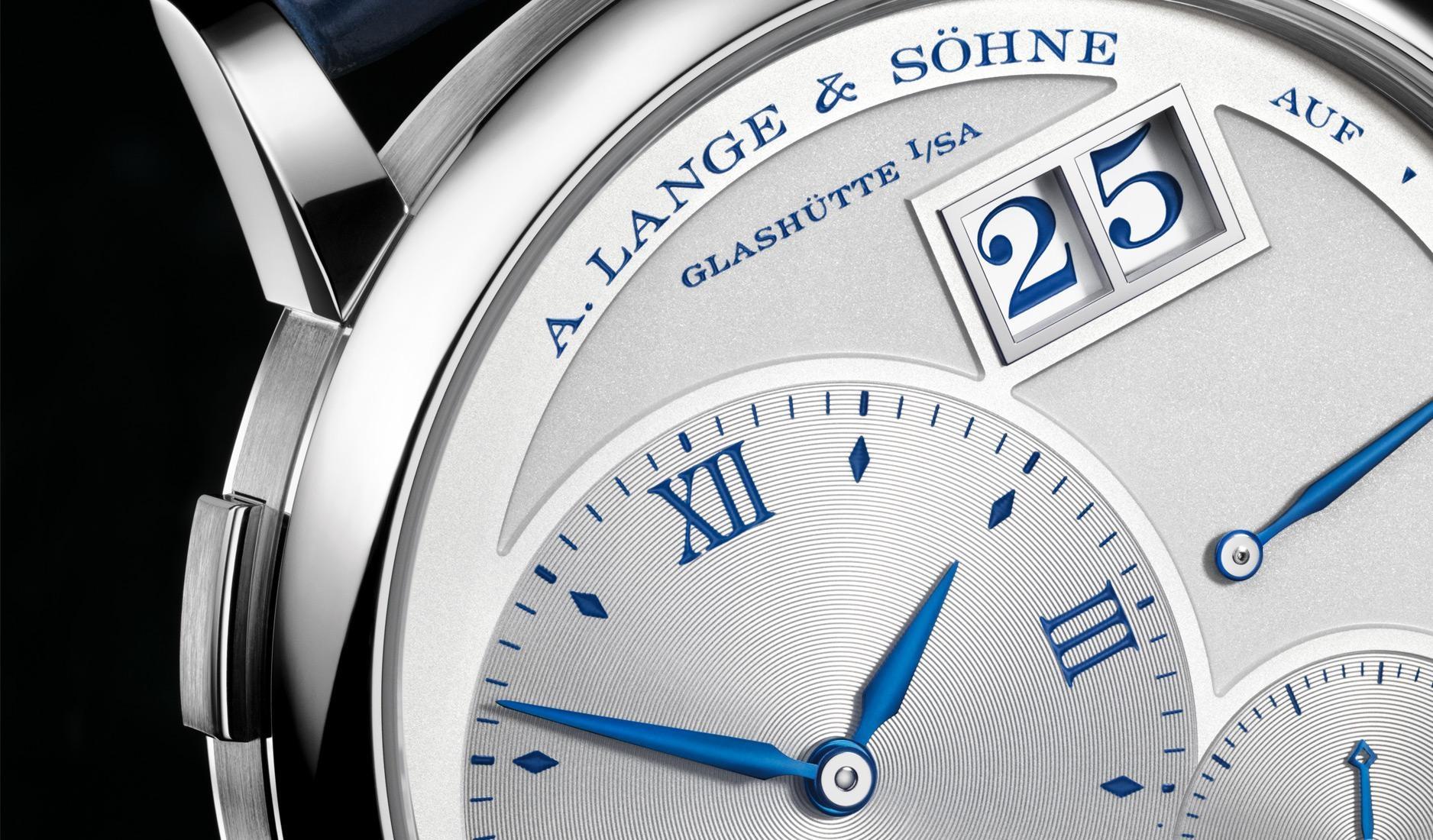 Like all Lange 1 25th Anniversary editions, the commemorative Grande Lange 1 is limited to 25 pieces and distinguished by several features. They include a white gold case, argenté-coloured dial, shots of blue on the hands, indicators and strap, as well as a hand-engraved balanced cock depicting the collection’s famous outsized date. This is not all there is though, as Lange promises to launch more commemorative model right up until October, the Lange 1’s actual birth month.