The sophisticated split-seconds chronograph in a stealthily prestigious new reference.

A. Lange & Söhne’s track record with chronographs is nothing short of stellar. When the German brand launched the Datograph in 1999, a flyback chronograph with outsize date, Lange literally flew out of the gates with the watch that housed the hand-wound Calibre L951.1. As hard as it is to believe, the Calibre L951.1 was one of the world’s first in-house manufactured high-end chronograph movements – an epochal engine that fanned the fervour for in-house-made calibres by both watch companies and collectors alike. 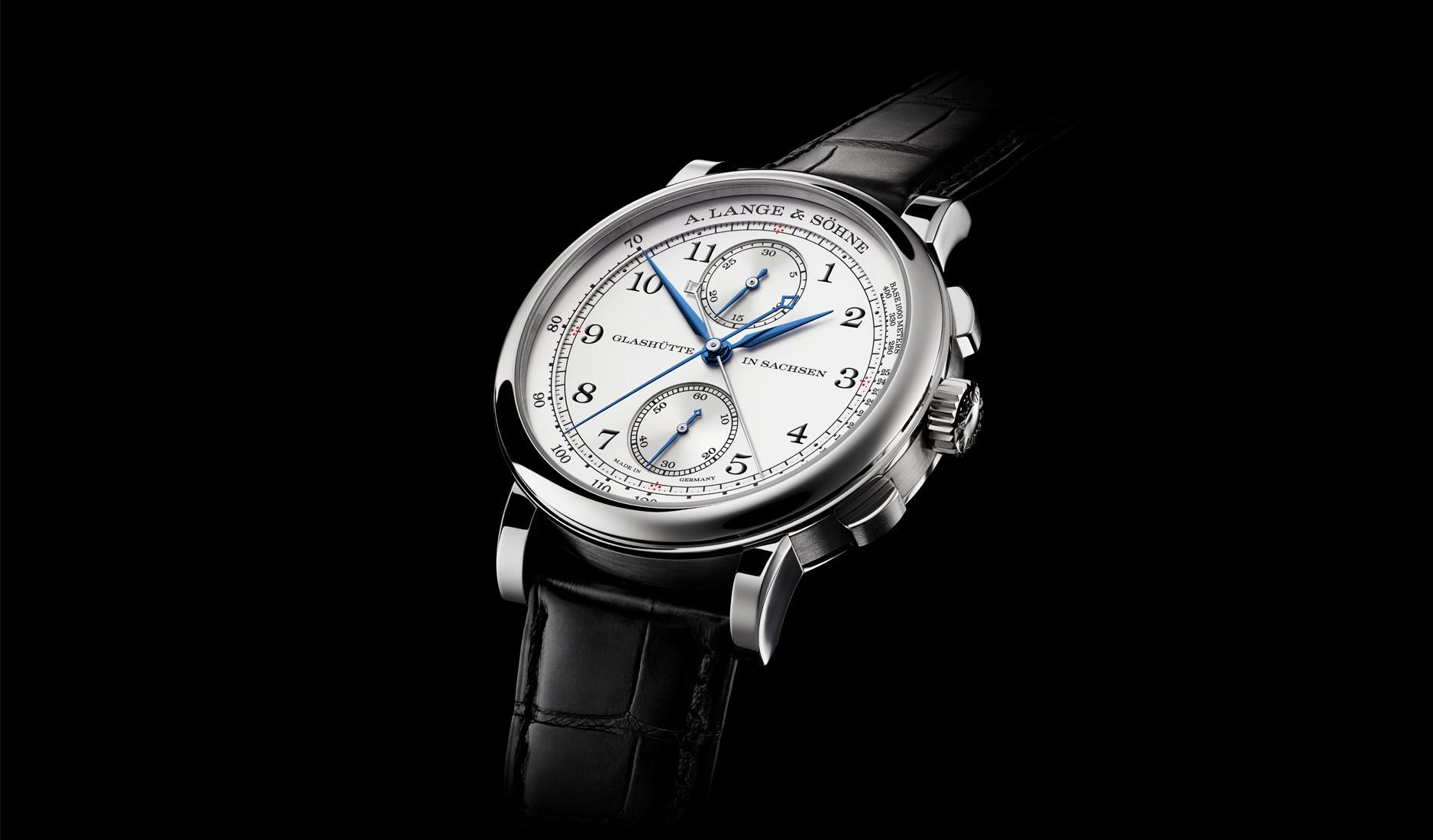 Since then, Lange has constantly nudged farther afield with the chronograph. There have been pairings with other complications, such as the Tourbograph from 2005 (fusée-and-chain tourbillon with split-seconds chronograph), as well as advances with the split-seconds chronograph (also known as ‘rattrapante’) that allow the user to measure multiple interval timings with the Double Split (2004) and Triple Split (2018) – and we are barely scratching the surface with these examples.

Given its impressive catalogue, Lange’s new 1815 Rattrapante comes with assured prestige and gravitas. However, the 1815 Rattrapante isn’t new to the repertoire. In 2020, Lange introduced the 1815 Rattrapante in honey gold with black dial, a 100-piece limited edition that is part of the ‘Homage to F. A. Lange’ boutique exclusive. This year’s version comes in 41.2mm platinum with a pristine silver dial – a subtly more elegant and immaculate iteration compared to the forthright regality of the earlier model. 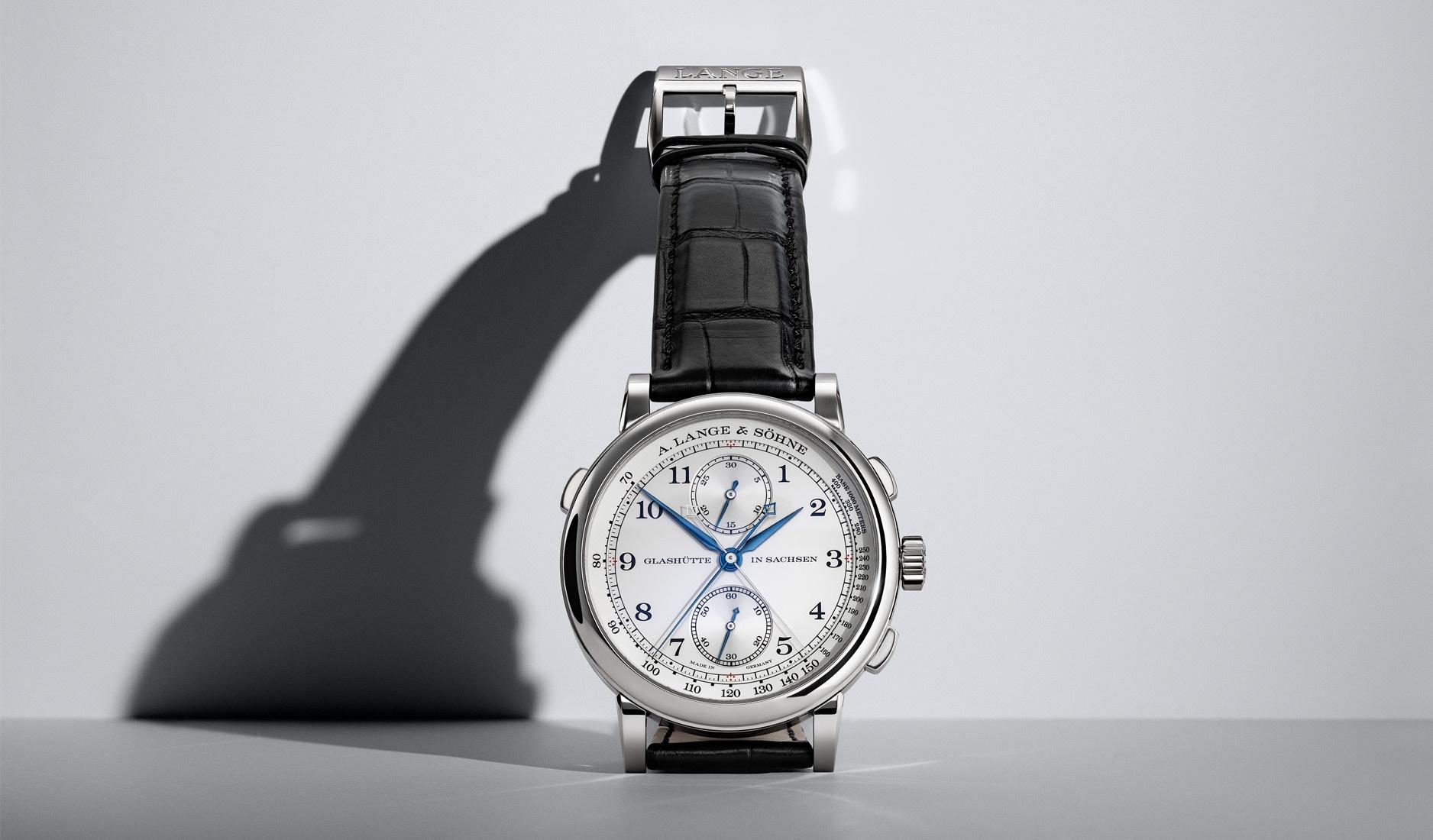 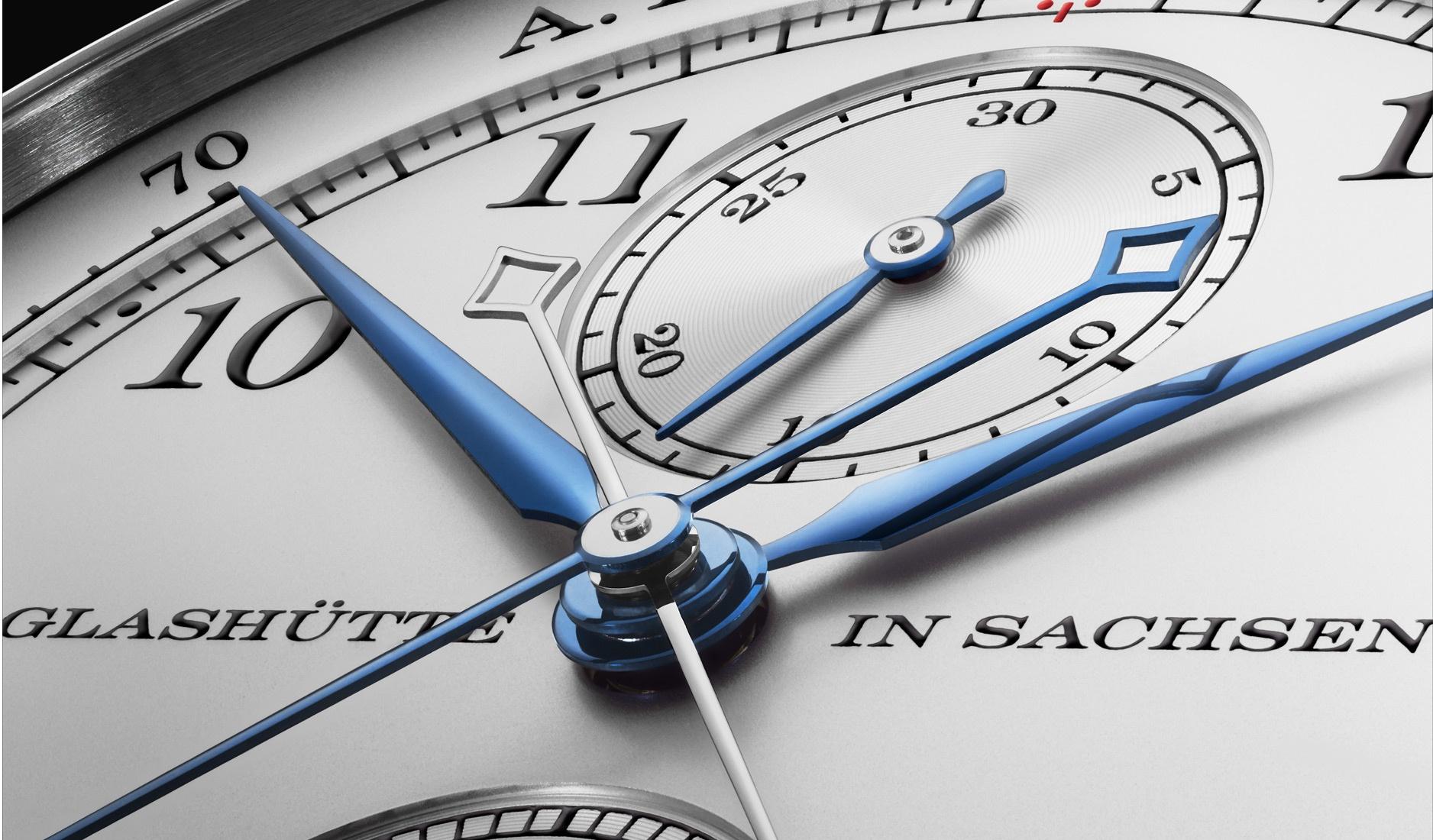 The 1815 Rattrapante’s ‘split-seconds’ feature is built on the hand-wound Calibre L101.2, a 365-part movement with 58-hour power reserve. As one would expect from a top-drawer chronograph movement, the Calibre L101.2 is a work of stunning beauty. The moving components of the rattrapante chronograph – its levers, springs, and jumpers – feature straight graining with polished sides, which are set against German silver plates and bridges with Glashütte ribbing. The movement’s multi-layered construction and contrasting finishes endow it with artful sophistication while accentuating its technical complexity.

Named after the birth year of its brand founder, Ferdinand Adolph Lange, the 1815 collection is distinguished by austere yet harmonious aesthetics. The 1815 Rattrapante, too, holds these virtues in esteem. This is evinced by the exacting yet beautifully succinct dial that features the collection’s signature peripheral railway-track minute scale, Arabic numerals, and chronograph totalisers at the 12 and six o’clock (instead of the usual three and nine o’clock) positions, which add to the watch’s distinctive and attractive symmetry. 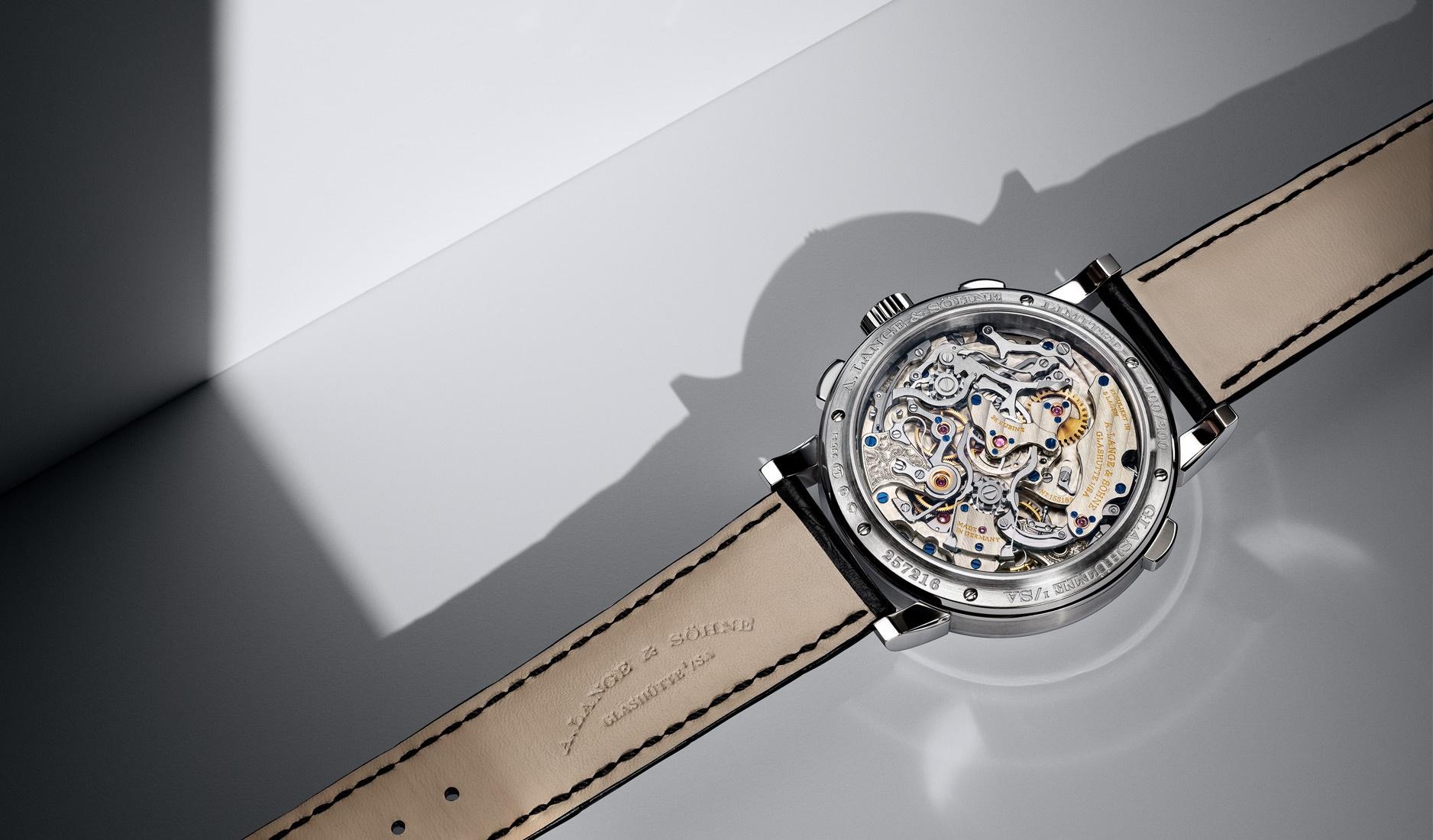 Limited to 200 pieces, the new 1815 Rattrapante in platinum emanates quiet prestige. One discerns it from the weight of the watch’s precious alloy, the assertive tactility of the chronograph activation, and its discreet yet stately monochromatic sheen accentuated by blued steel hands. In short, a perfect example of Lange’s knack for making its presence felt through soft power.