One of German watchmaking’s leading lights. 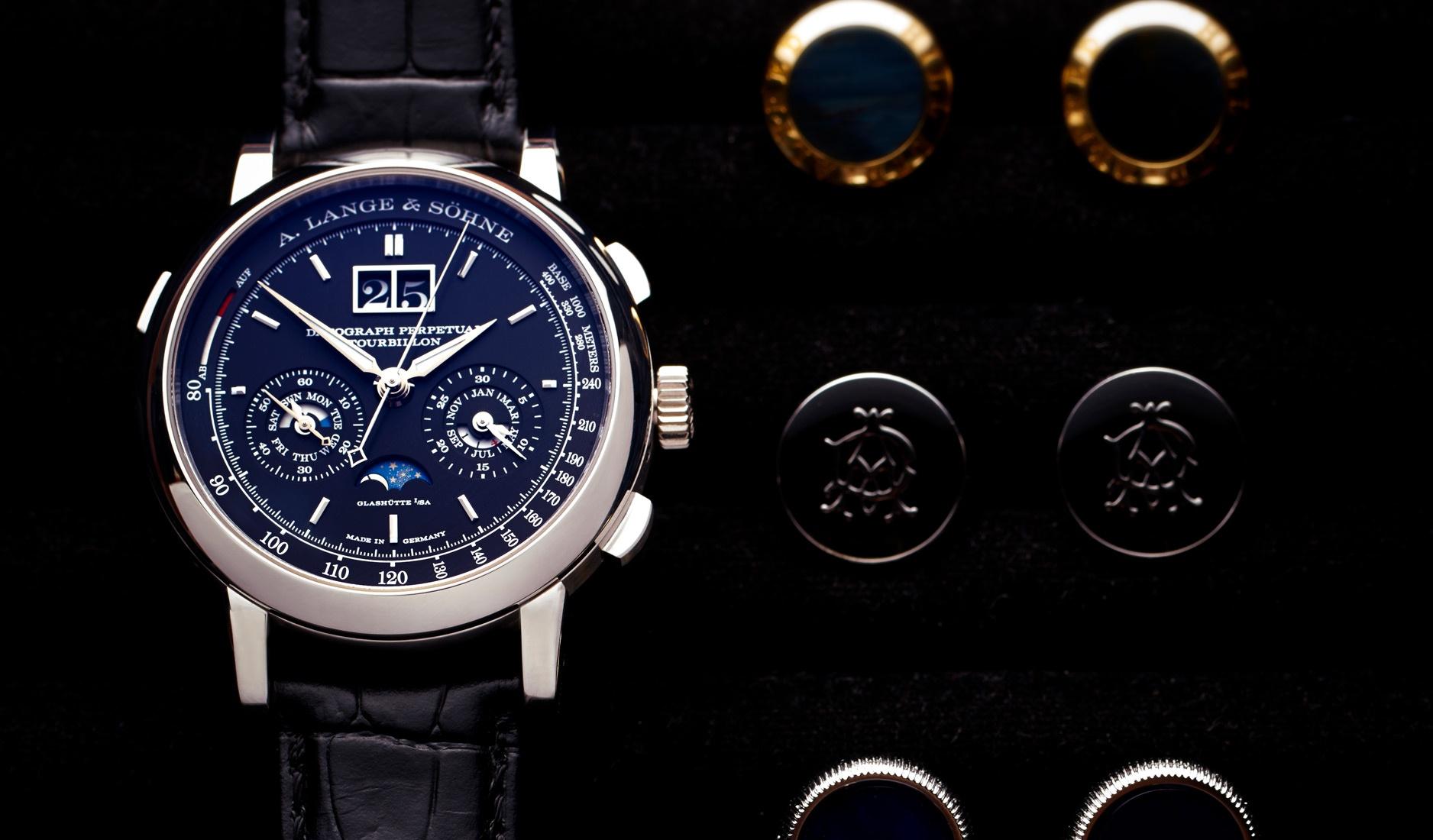 Almost two decades ago, during a press trip to independent watchmaker Philippe Dufour’s cottage-cum-workshop deep in the picturesque valleys of Le Sentier, we asked if he would ever consider working for another brand. Unsurprisingly, he said no. However, the notoriously opinionated Dufour revealed that there were still brands that he admired. He then furtively retrieved a watch from one such brand from his safe: an A. Lange & Söhne Datograph.

A watch brand that other brands and watchmakers aspire to, A. Lange & Söhne is a horological purist’s dream. The Glashütte-based brand makes no more than 5,000 pieces a year (small by a global brand’s standards) and is so famously meticulous that each of their movements are assembled twice. 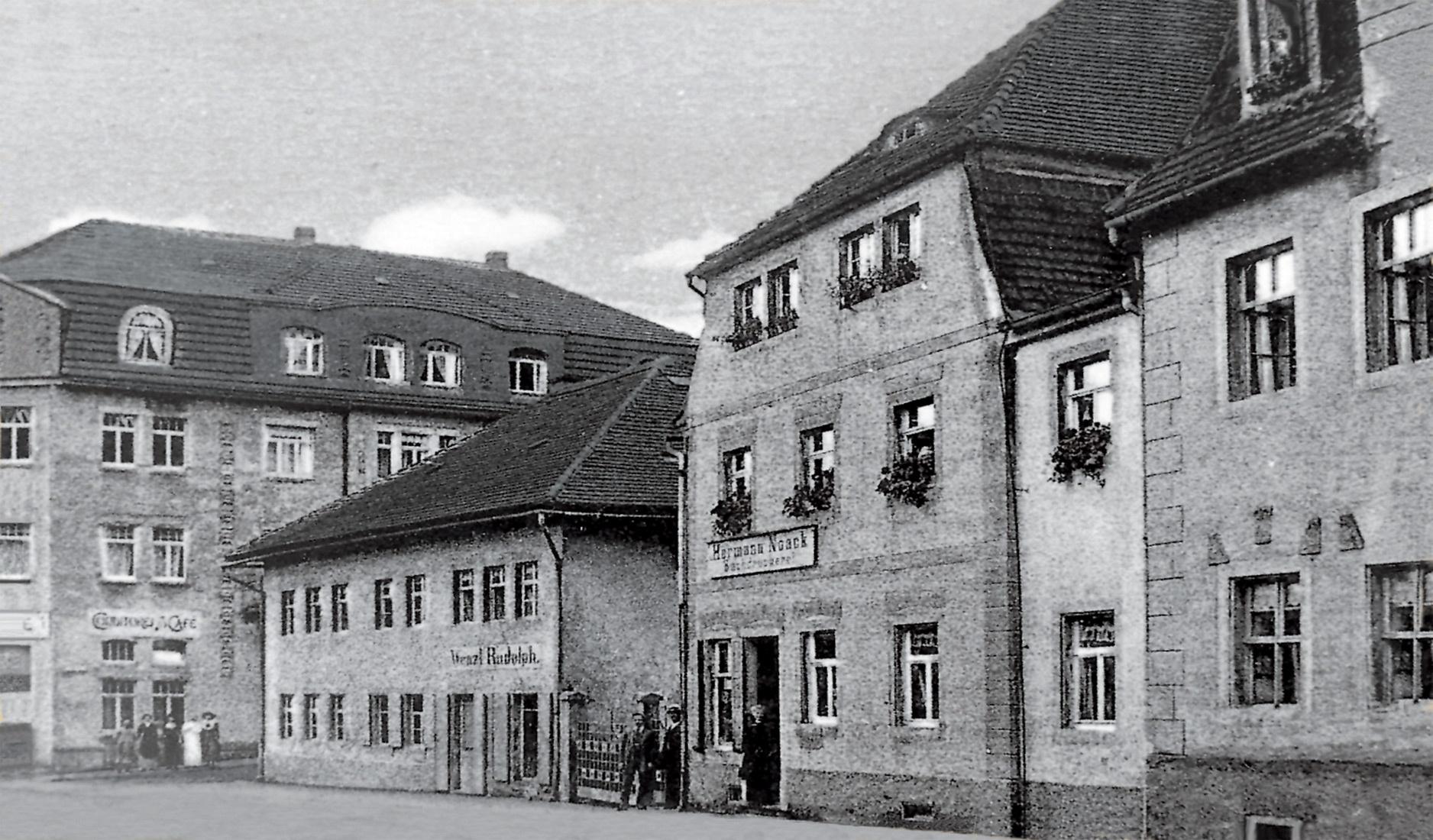 Also, technical innovations conceived by the brand, such as constant force systems and extreme-power reserve of up to 31 days, while often astounding, all stem from an old-school ethos of improving power and precision. But above all, there is beauty – every single Lange movement part is decorated and finished to the highest standards. 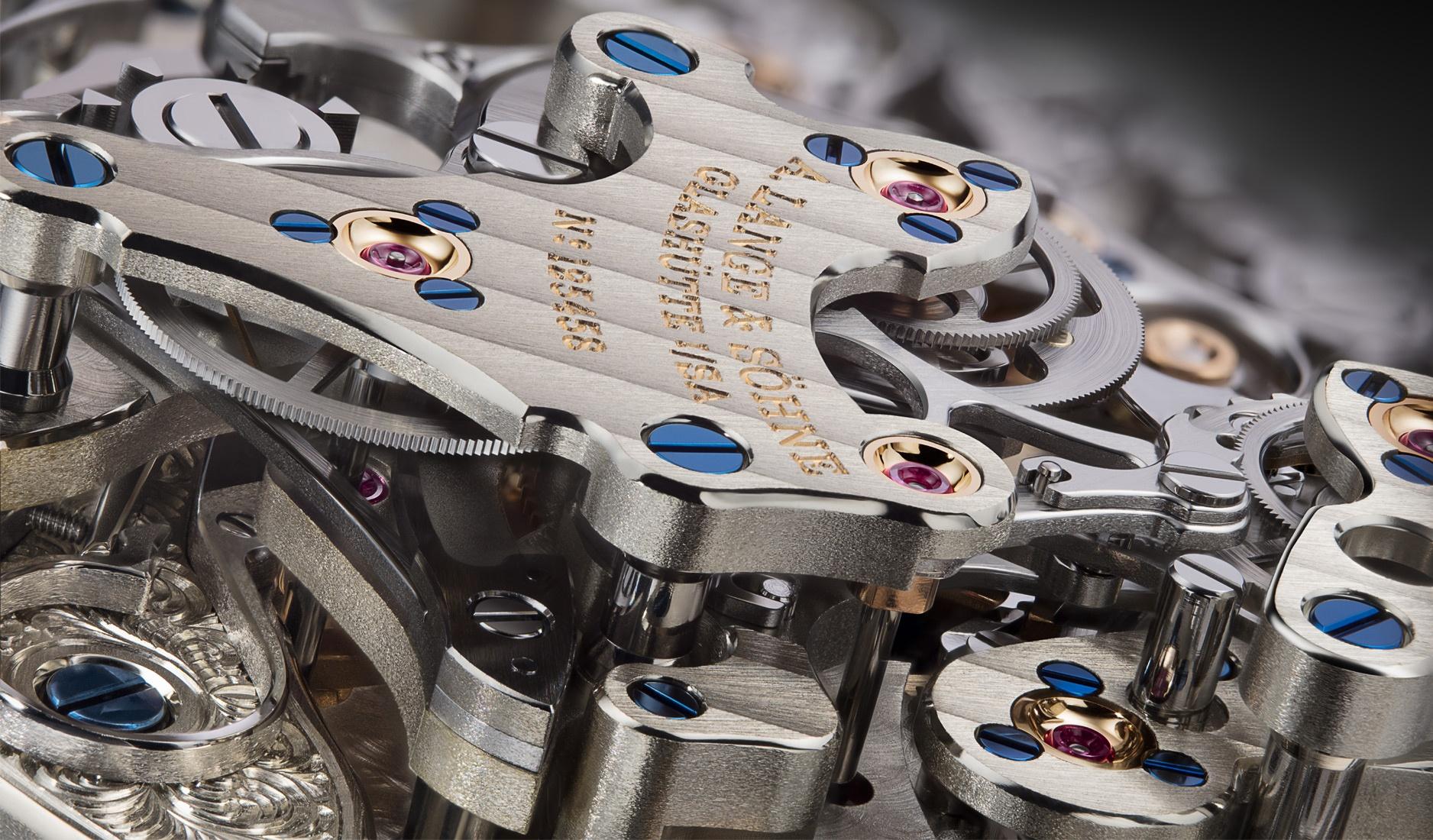 The Calibre L132.1 in the Triple Spilt. Every Lange movement is assembled twice

“We are dedicated to making the world’s best watches, that’s all,” said Wilhelm Schmid, the company CEO. “We create for collectors who understand watches. We don’t invent funny marketing stories to sell our watches.”

Lange is a brand with two distinct pasts. It was founded by Ferdinand A. Lange in the town of Glashütte back in 1845. After a spell of prosperity in the late 1800s and early 1900s, the company’s operations were wiped out during World War II. 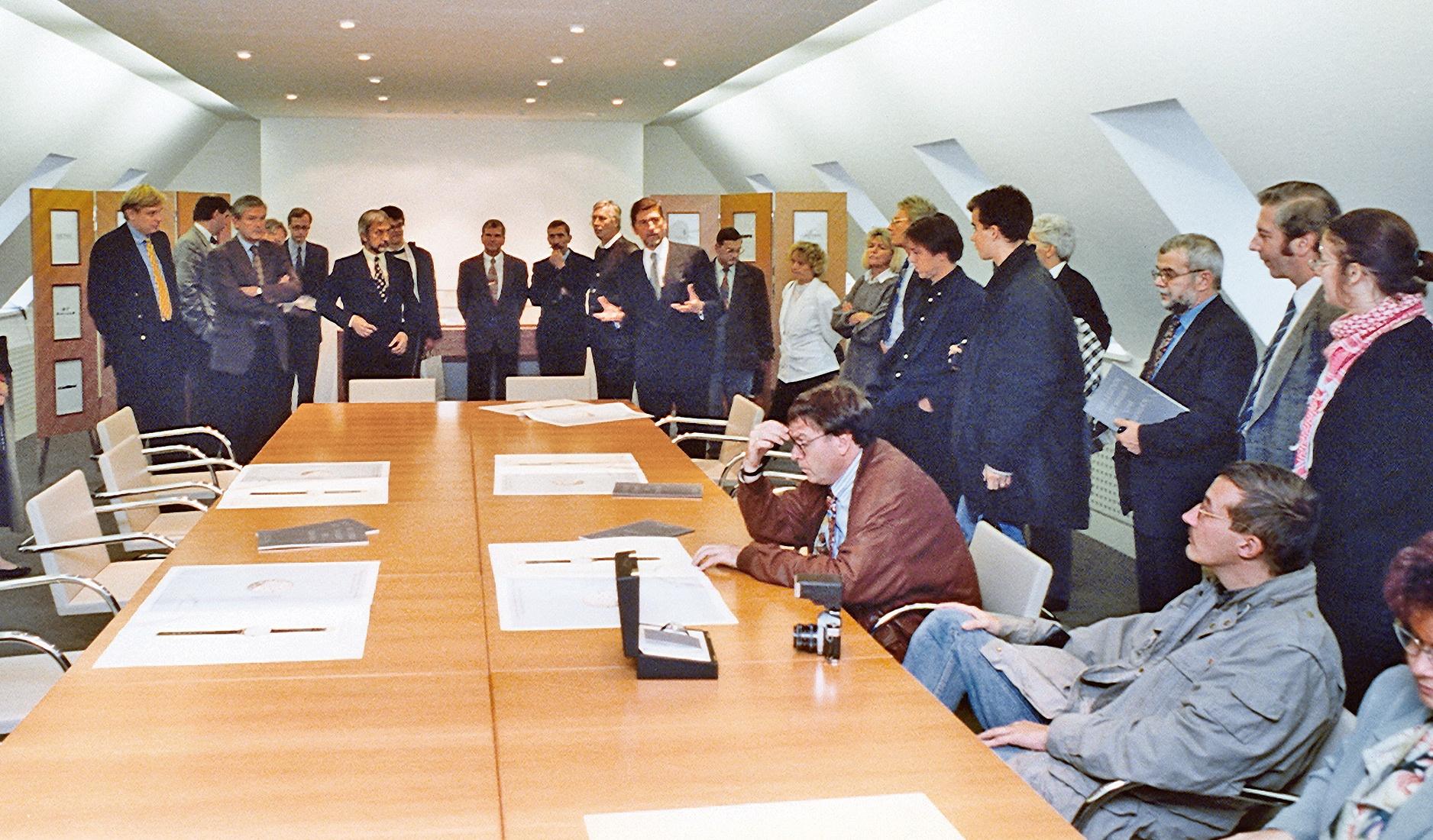 The brand’s revival started in 1990, after the factory was re-established by the founder’s great-grandson Walter Lange and entrepreneur Günter Blümlein. The company’s quick ascension to its previous eminence was made possible by its staunch adherence to the tenets of innovation, craftsmanship and refinement – old-world horological codes that Lange loyalists are deeply proud of. Here, we recommend four recent timepieces from A. Lange & Söhne for the discerning enthusiast. 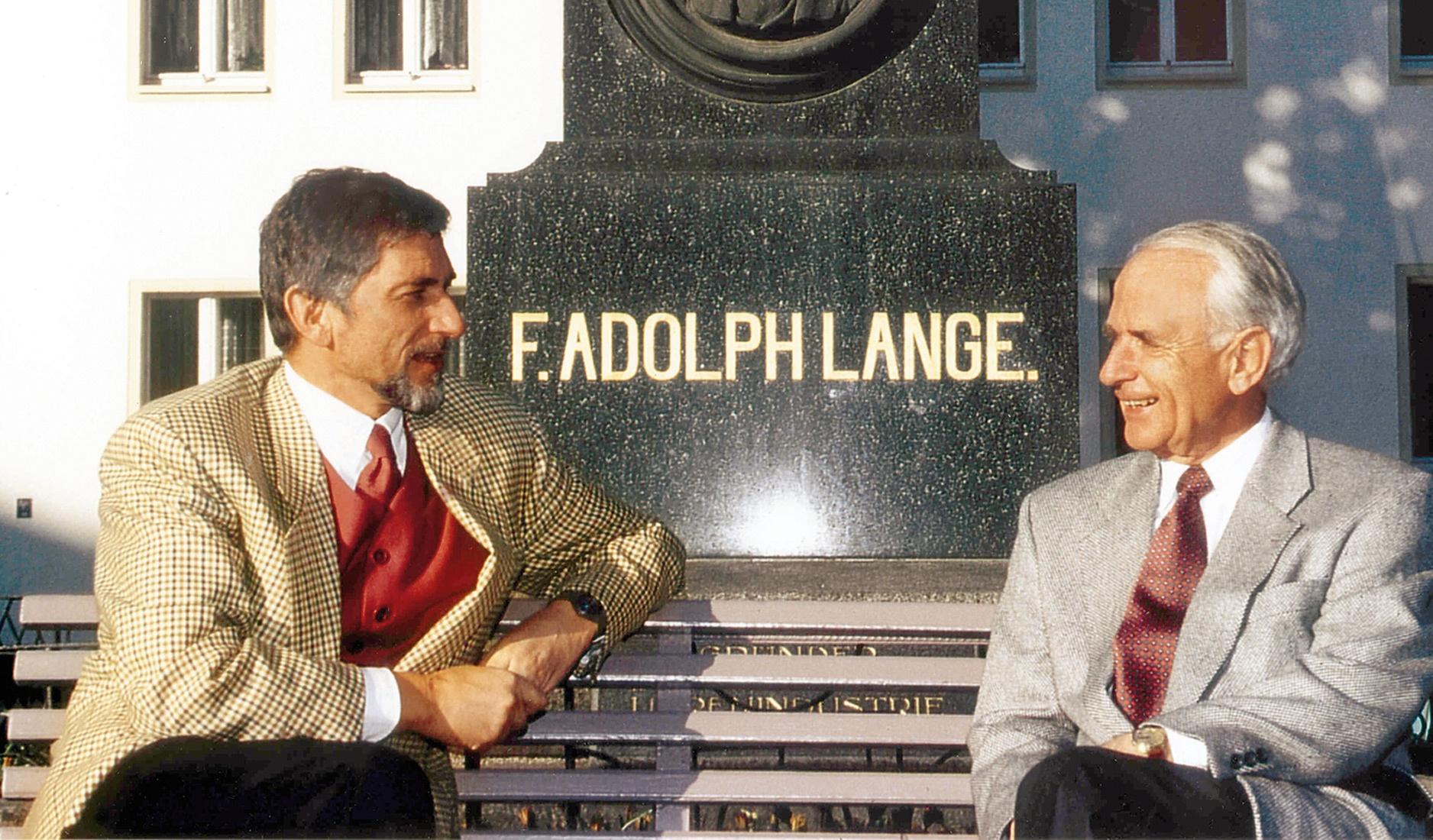 Günter Blümlein (left) and Walter Lange in front of a Ferdinand A. Lange memorial 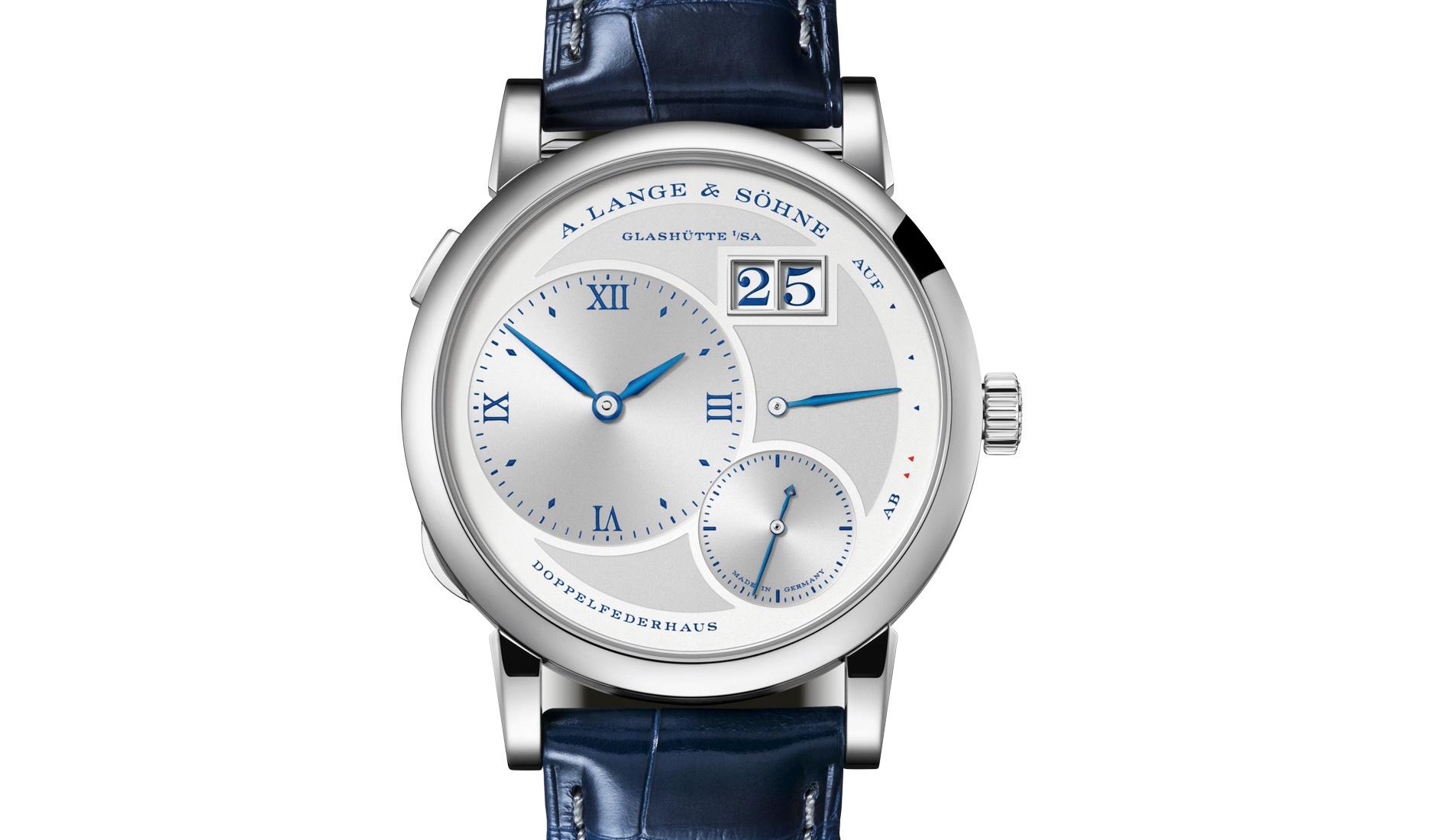 The Lange 1 is a veritable icon, distinguished by the unmistakable dial with off-centered indicators and outsized date inspired by the Golden Ratio. In 2019, the brand commemorated the collection’s silver jubilee by releasing 10 Lange 1 models that cover the collection’s entire technical repertoire, all housed in white gold with signature blue accents, argenté-coloured dials and balance cocks etched with the numbers ‘25’. Limited to 250 pieces, the Lange 1 ‘25th Anniversary’ also comes with a hinged caseback cover engraved with an image of the Lange workshop from 1873, the names of Walter Lange and Günter Blümlein and the words ’25 Years Lange 1’. 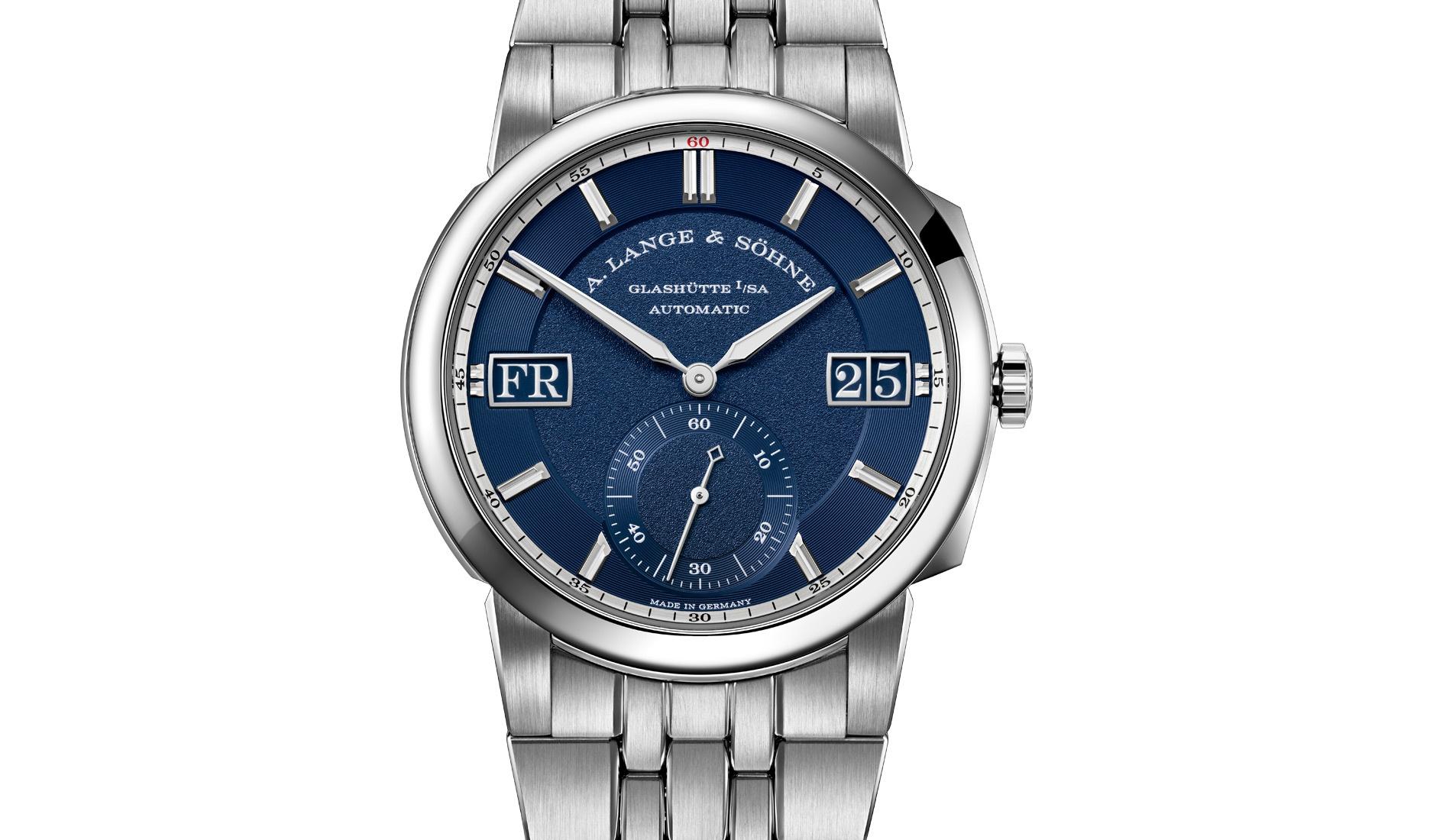 Introduced in late-2019, the Odysseus is Lange’s first new watch collection since 2008, and it fills a niche that the brand has long sought to address – that of a sports-inspired, stainless steel watch line. Lange signatures such as the outsize date display aside, the watch is distinguished by a number of design and technical features, such as the five-link stainless steel bracelet; sculpted day and date adjuster on the right of the case; 12-bar water resistance (a first for Lange); and a new automatic movement, the L155.1 Datomatic Calibre. 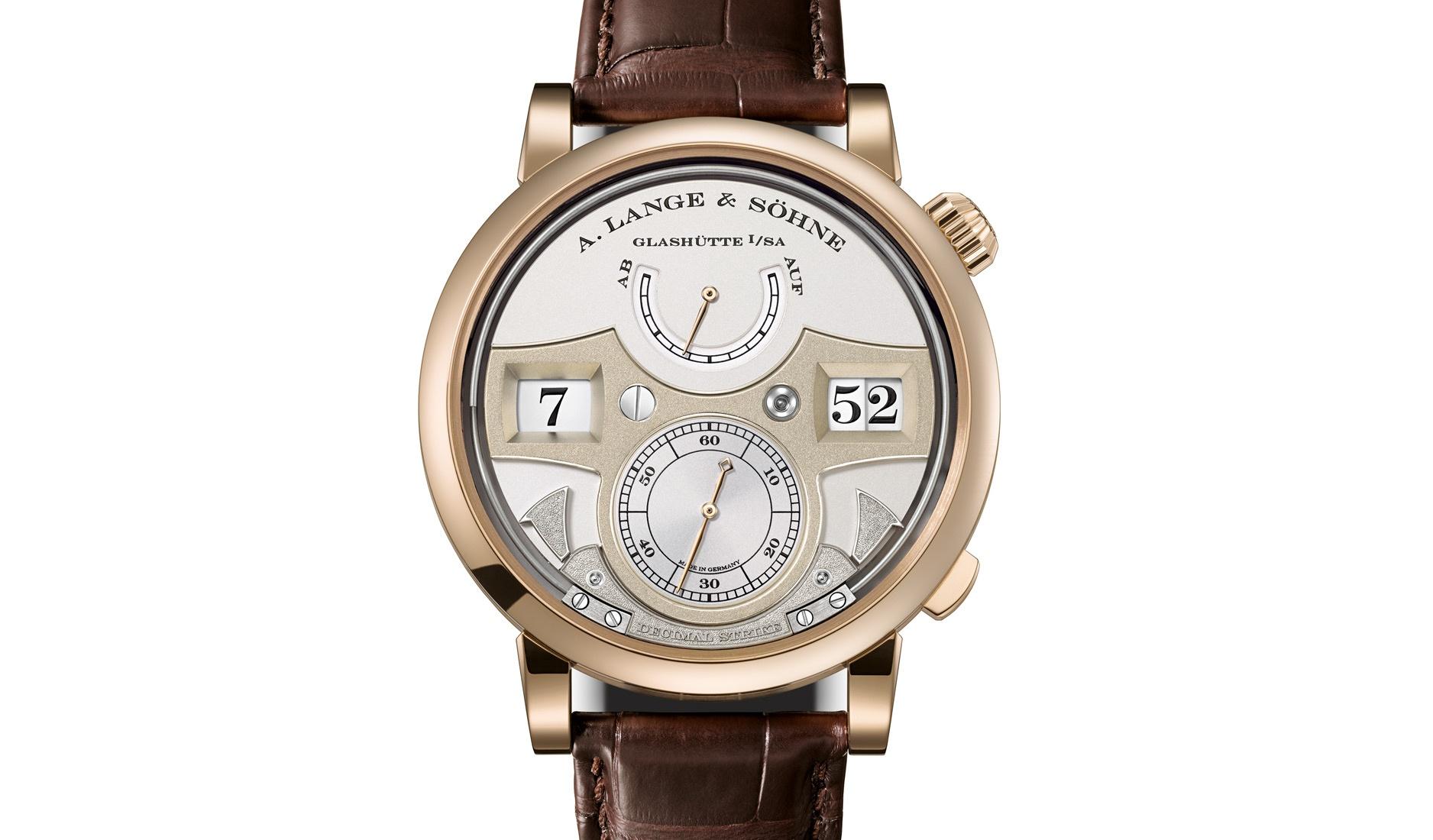 The Zeitwerk Decimal Strike can be viewed as the third piece in the Zeitwerk collection’s trilogy of chiming complications, which include the Zeitwerk Striking Time (2014) and Zeitwerk Minute Repeater (2015). This watch sounds out the top of each hour and at every 10 minutes, and is equipped with a constant force mechanism, which manages the energy flow from a single mainspring source. As with its predecessors, the Zeitwerk Decimal Strike comes with a pusher, instead of a slider common to typical chiming watches, to activate the chiming feature. 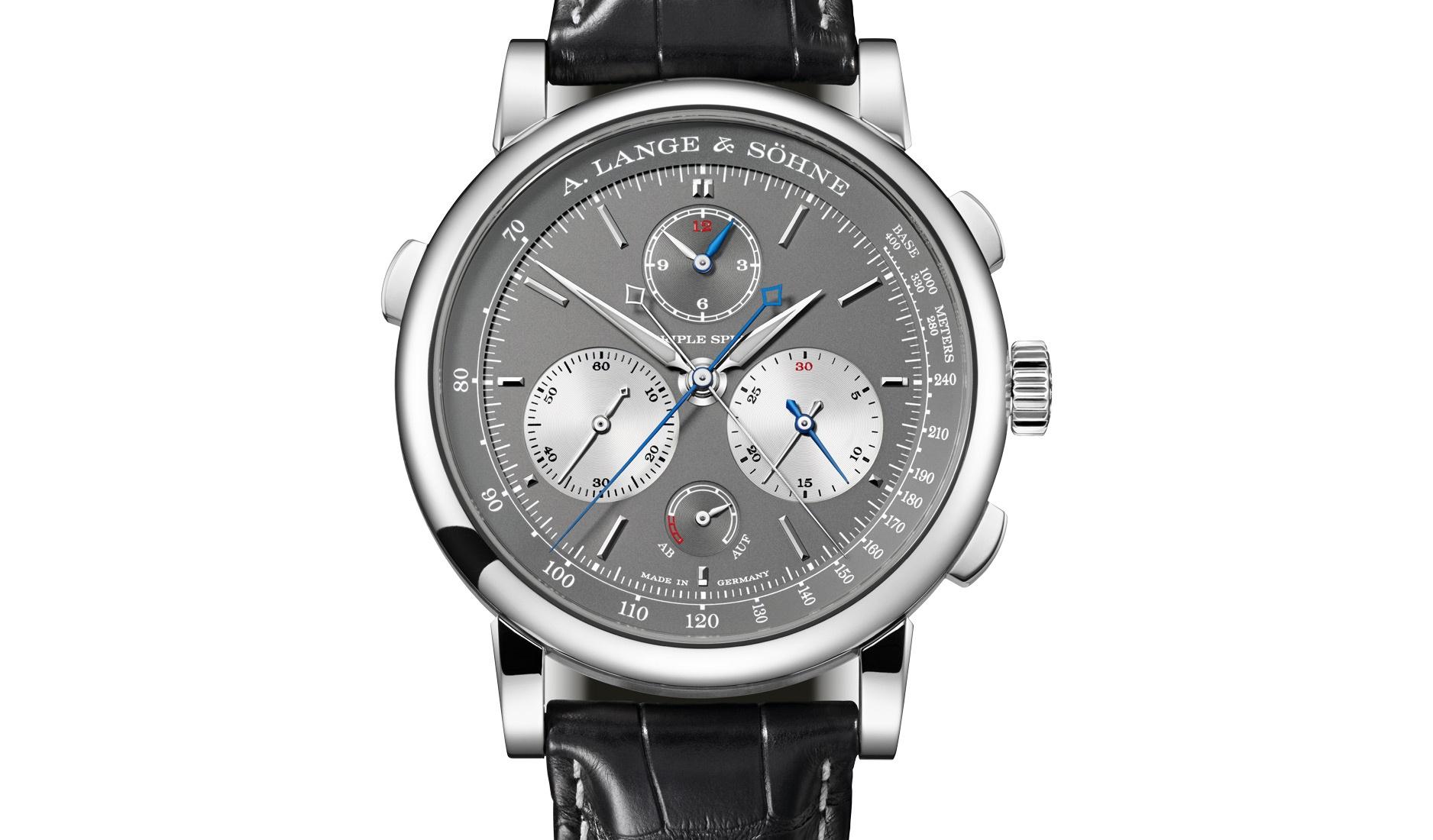 Lange aficionados see the Triple Spilt as another milestone in the brand’s increasing mastery of the chronograph complication, a journey that began in 1999, when it premiered the Datograph, which featured the world’s first independently produced, manually wound in-house chronograph movement. The Triple Spilt itself is an evolved from 2004’s Double Spilt. Where the Double Split can measure two simultaneous timings for up to 30 minutes, the Triple Split goes further, extending the ability to measure split-timings to as long as 12 hours.