In an A. Lange & Söhne universe dominated by superstar collections, the Saxonia, especially its core collection, can fade into the background. And not without reason. The Saxonia watch is defined by its stripped-down aesthetics; a purity of form that exemplifies the gentleman’s dress watch at its coolest and most austere. Here are five key points to note about this understated collection.

It was part of the original quartet.

When A. Lange & Söhne was relaunched in 1994 by the late Walter Lange, great-grandson of founder Ferdinand Adolph Lange, the Saxonia was one of the four collections featured (which eventually all sold out), including the Lange 1, Tourbillon ‘Pour le Mérite’, and the Arkade, which has since been discontinued.

It has the humblest aesthetics. 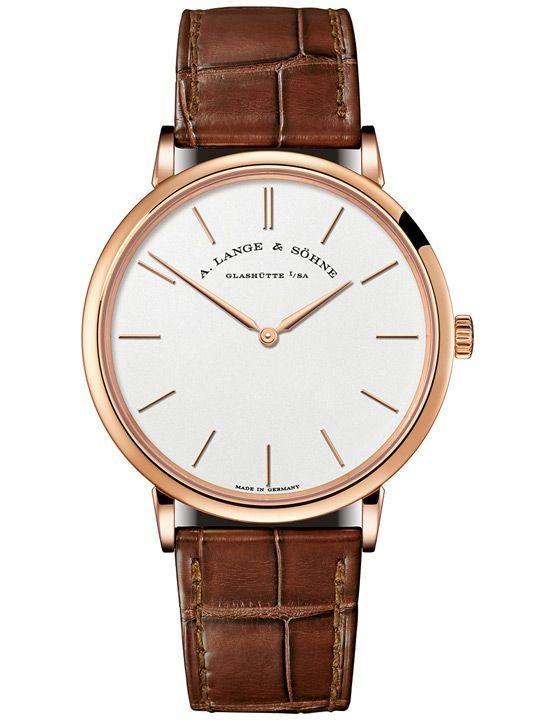 Features-wise, you’d recognise its classic round case, minimalist and almost always symmetrically perfect dial, and thin elegant dauphine hands and baton hour markers. The design is deliberately judicious, so that the watch’s other features can shine. Even then, these ‘other features’ are themselves often very restrained—ultra-thin profiles, special dial coatings, unerringly legible calendar displays.

But it has evolved too. 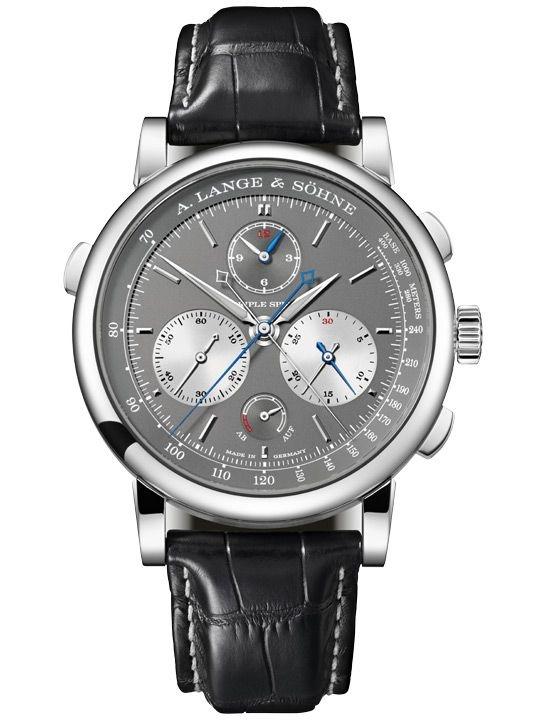 As years passed, the Saxonia has expanded its scope of offerings at two extremes. One the one hand, its core models have become even more pared-down with dials that appear more stripped down, and cases that are among the thinnest in Lange’s collection. On the other hand, the collection is also springboard for some of the brand’s most innovative creations, like the ground-breaking Datograph in all its different permutations, as well as the Triple Split (above), this year’s star model.

It has the thinnest watch in the brand. 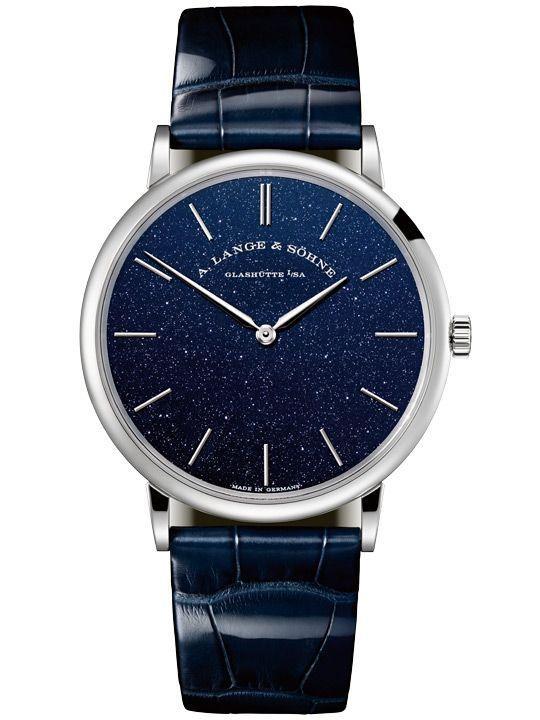 Debuted in 2011, the Saxonia Thin was positioned as Lange’s entry-level offering with just two hands, nothing more. The latest incarnation (above) runs on the same hand-wound movement (Calibre L093.1, at 2.9mm thin) but with a white gold case framing a beautiful aventurine dial that evokes a starry night.

It’s all about balance. 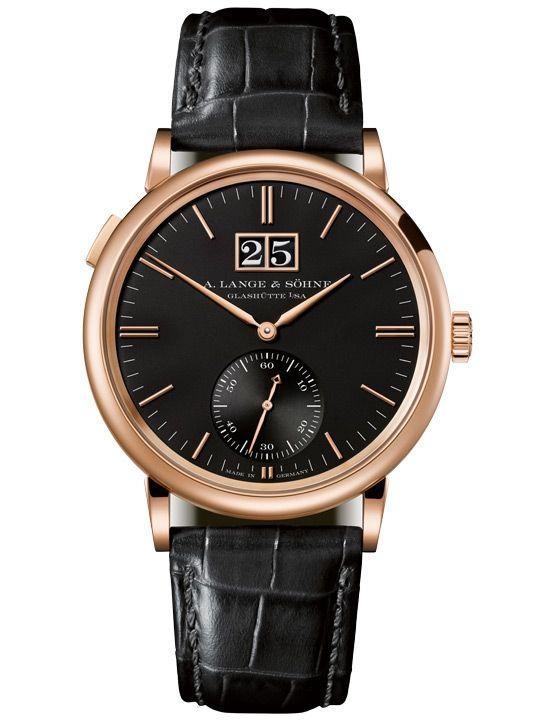 “Design elements like the symmetry of the dial layout, the specific hands and baton hour markers, belong to the Saxonia family,” explains Tino Bobe, Lange’s director of manufacturing.
Take the new Saxonia Outsize Date, which harks back to the collection’s 1994 debut. The current model sports the famous date display, beautifully balanced by a subsidiary seconds sub-dial, again bringing Lange’s knack for aesthetic equilibrium to the fore. There are two versions, both featuring black dials: one in white gold, and another in pink gold (above), which loads up on boss-like swag.