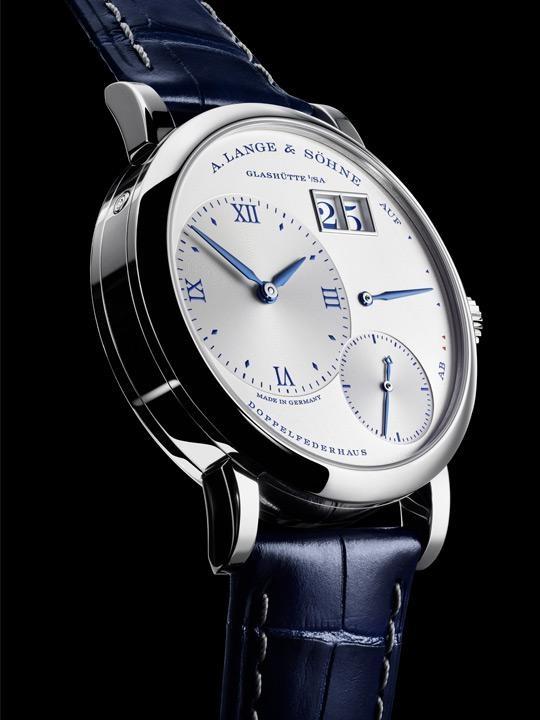 Following the 25th Anniversary editions of the Lange 1 and Grand Lange 1 Moon Phase, the third model - out of 10 - to receive the birthday treatment is the Little Lange 1. Unveiled in 1998, four years after the brand’s resurrection, the Little Lange 1 has cemented its place in the collection as a daintier version of the original, ideal for ladies or men with really slender wrists. In keeping with the anniversary theme, the watch bears the same argenté-coloured dial in solid silver, paired with blue hands, numerals and markers. On the reverse, you’ll see a hand-engraved balance cock with the number ‘25’, just like the previous anniversary models.

To finish off, a hand-stitched blue alligator leather strap with grey seams is the perfect complement to the 36.8mm white gold case. Numbered and limited to 25 pieces, the Little Lange 1 may be small, but make no mistake, it is a veritable timepiece packed with substance and more than holds its own alongside its bigger brothers.