The most complicated Lange 1 gets a birthday treat.

The most complicated model of the collection to date, the Lange 1 Tourbillon Perpetual Calendar is as hardworking as it gets, offering the day, date, month, moonphase, leap year cycle, time and power reserve indications at a single glance.

First introduced in 2012, the model manages to combine numerous indications in an uncomplicated, unfussy dial layout that’s so characteristic of the German aesthetic. While multiple functions have been added to the Lange 1, it has been done such that the model’s famous ‘Golden Ratio’ is not disrupted and the asymmetrical dial layout is retained. 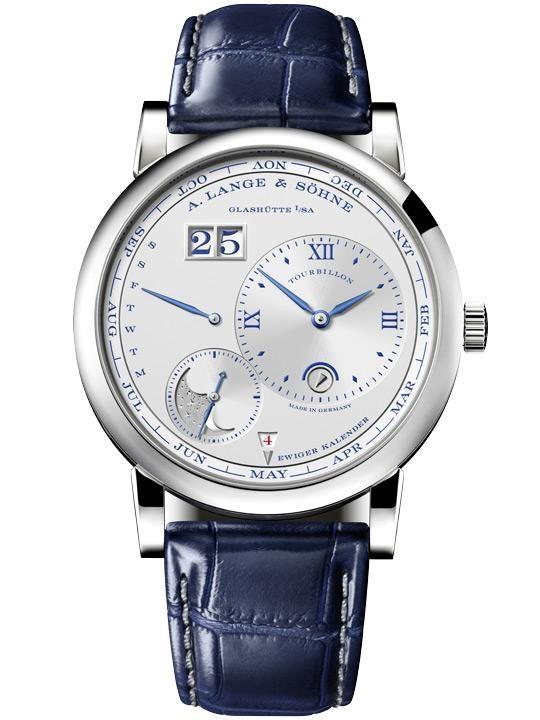 The power reserve indication on the left of the dial has been replaced by a retrograde day display, while the power reserve indicator has been moved to the six o’clock position of the hour and minute sub-dial. And, unlike the Grand Lange 1 Moon Phase where the moonphase indication sits in the middle of the time display, the Lange 1 Tourbillon Perpetual Calendar features its hand-engraved white gold lunar disc in the seconds sub-dial at seven o’clock. 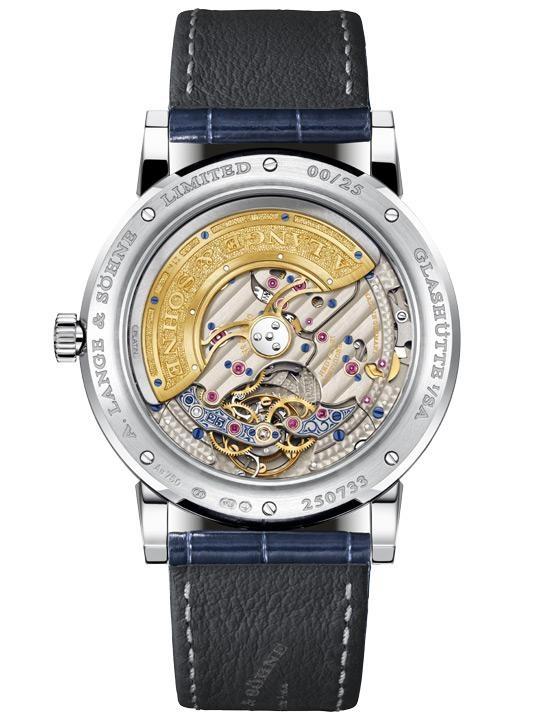 Although the tourbillon is a complication most watchmakers like to showcase, this one is seen only from the movement side, where the filigree cage rotates once every minute. A stop-seconds mechanism allows the tourbillon cage and balance to be stopped instantaneously, meaning the watch can be set with an accuracy to the second.

Like the previous ‘25th Anniversary’ models, the Lange 1 Tourbillon Perpetual Calendar boasts an argenté dial with blue accents. Similarly, the tourbillon cock is engraved with a floral motif and the brand’s iconic outsize date window.

Previous iterations of the Lange 1 Tourbillon Perpetual Calendar include a pink gold version with argenté dial and a white gold variation with grey dial, along with a stunning platinum and white gold ‘Handwerkskunst’ version limited to 15 pieces. This special commemorative edition, however, comes in a numbered series of 25 watches—a nod to the collection’s 25th birthday.