The future is bright.

Fresh off its spectacular Triple Split chronograph launched in January this year, A. Lange & Söhne has introduced another new chronograph, the Datograph Up/Down ‘Lumen’—a testament to the brand’s unrelenting quest for technical excellence and innovation. Here are five things you need to know about the watch:

It has an illustrious pedigree. Since Ferdinand A. Lange made his first chronograph in 1868 with a single pusher, the complication has been a prominent feature in the manufacture’s repertoire. Five years after the brand relaunched in 1994, the Datograph was born to great acclaim, kickstarting an industry-wide obsession with in-house chronographs, while having connoisseurs and experts declaring it to be one of the most stunning chronograph movements to this day. The Datograph Up/Down ‘Lumen’ continues this tradition in spectacular fashion with a combination of the manual-winding manufacture Calibre L951.7 (above), a harmonious dial layout and the brand’s signature outsize date at 12 o’clock. 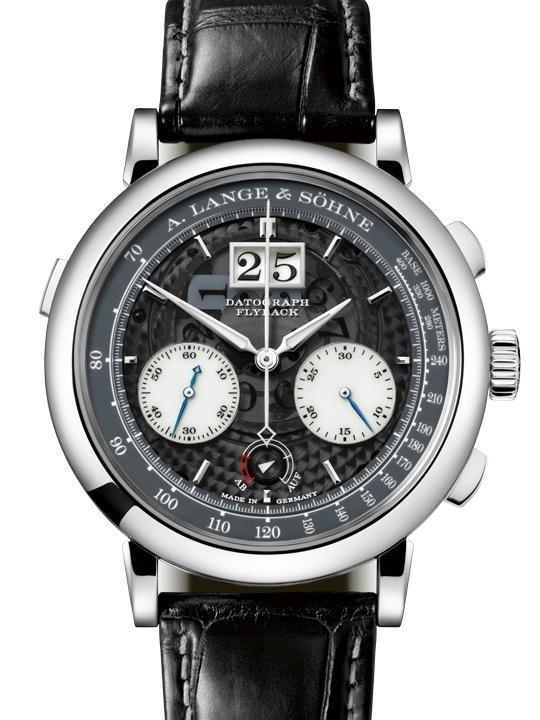 It’s the fourth ‘Lumen’ model. Launched in 2010, the ‘Lumen’ series includes the Zeitwerk ‘Luminous’, Grand Lange 1 ‘Lumen’, and Grand Lange 1 Moon Phase ‘Lumen’, and boasts amazing glow-in-the-dark capabilities. The Datograph Up/Down ‘Lumen’ is the first chronograph in the series and, while it’s one of the sportier Lange models, is illuminated in a completely elegant yet functional way. Which brings us to the next point. 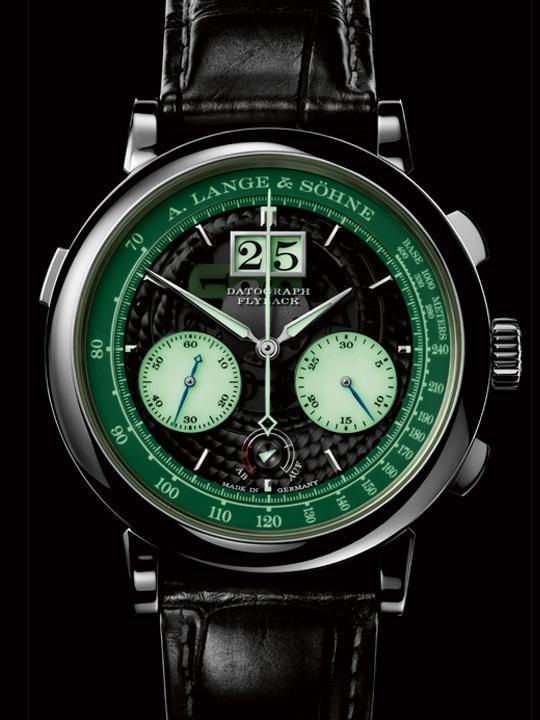 The darker it is, the brighter it glows. The dial itself is made of a semi-transparent sapphire crystal which is clothed in a special coating that filters out most of the visible light while allowing through the light from the UV spectrum that charges the lume pigments. The result is a show-stopping green hue that emanates in the darkest of nights, seen on the hour and minute hands, chronograph sweep seconds hand, sub-dials, minute scale, tachymetre scale and power reserve arrow.

The outsize date is a work of art. Not only is it an iconic feature of many a Lange watch, the outsize date on this timepiece is designed to glow brightly, even after the switch of the date at midnight. You’d think this would be unlikely since not every part of the luminous tens cross appears in the window during the day, meaning it would be difficult for all of it to recharge in natural light. Fortunately, this is made possible thanks to the semi-transparent dial, which allows light through to the elements which are underneath. The units are printed in black on a transparent glass disc, so they don’t interfere with the luminous background. Genius!

It has proper tech chops. While the lume is pretty stunning, it pays to remember this watch is, after all, a Datograph. Featuring a column wheel chronograph with flyback capabilities, the watch has a 60-hour power reserve on a full wind (‘Up/Down’ refers to the power reserve indicator – ‘up’ is full and ‘down’ means it needs winding). A jumping minute counter also ensures precision as it co-ordinates with the chronograph sweep seconds hand to advance one marker when the latter elapses 60 seconds.

Limited to just 200 pieces, the Datograph Up/Down ‘Lumen’ retails for a recommended price of €95,000. Find your nearest boutique here.