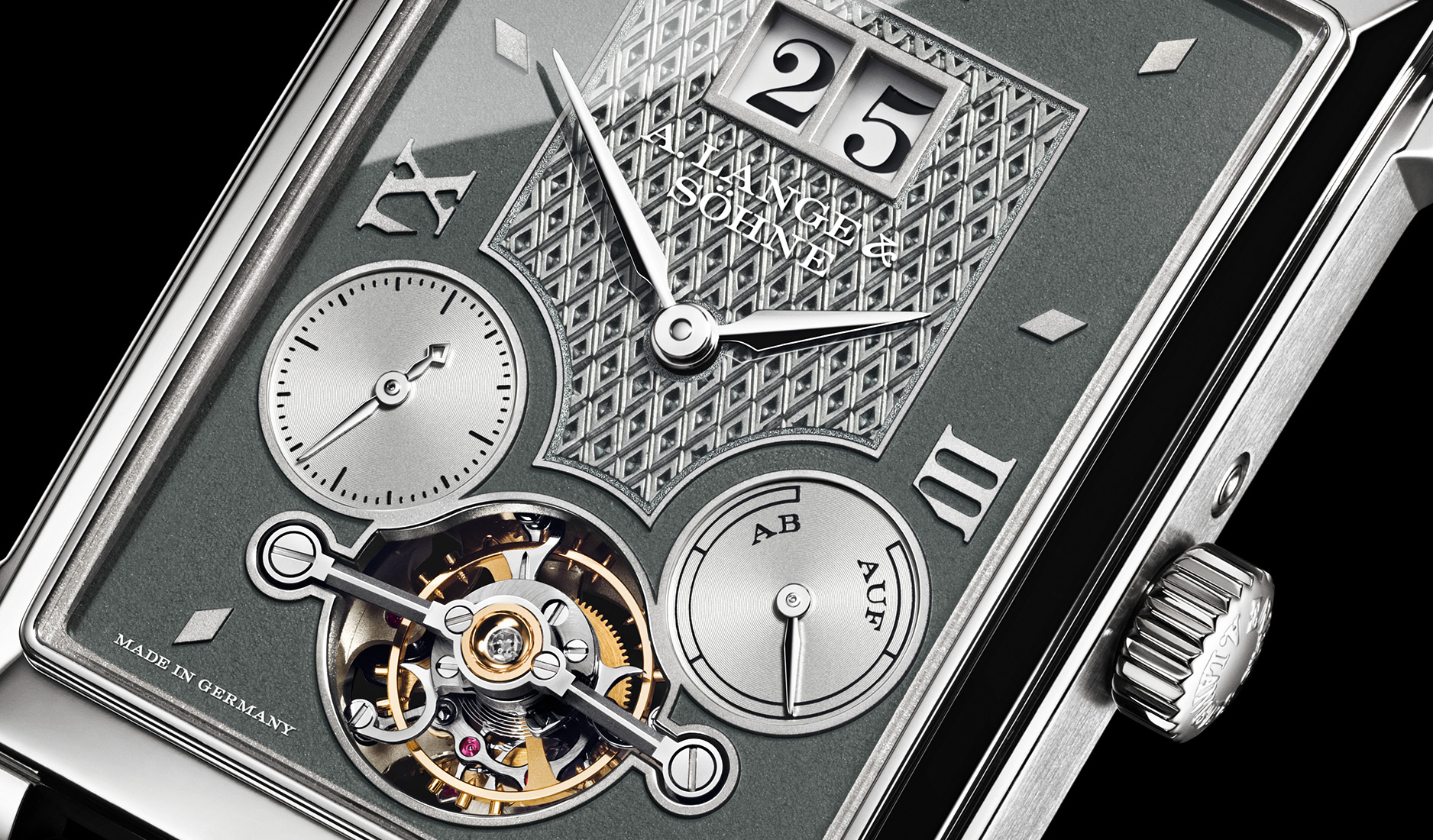 An A. Lange & Söhne unicorn if there ever was one, the Cabaret makes a rare appearance this year as the latest addition to the brand’s exclusive ‘Handwerkskunst’ range of timepieces that features exceptional artisanal decorations that elevate Lange’s beloved icons to breathtaking decorative masterpieces.

Having been in Lange’s line-up since 1997, the Cabaret collection is an anomaly in the German marque’s repertoire of round watches. The Cabaret range is distinguished by refined rectangular cases with rectangular movements. Its closest sibling would be the Arkade, which was launched in 1994 and featured elongated cases with curved ends, and has since been discontinued. 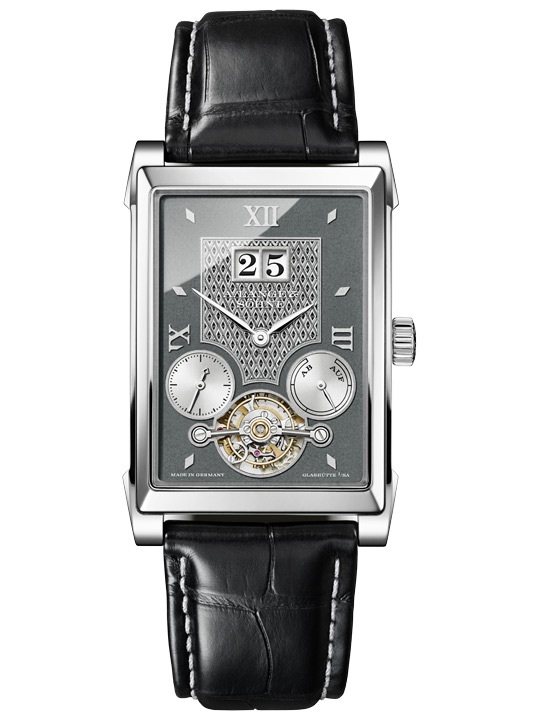 Despite its infrequent roll-outs, the Cabaret played an instrumental role in premiering one of Lange’s most important technical milestones when it last appeared as the Cabaret Tourbillon back in 2008. Not a ‘regular’ tourbillon complication by any means, the watch featured a tourbillon rotating carriage with a balance wheel inside that can be instantaneously stopped and restarted simply by actuating the crown, so as to allow the owner to set the time more accurately. The tourbillon stop/start function basically says it is ok to forcefully brake the most sensitive and fragile component in a movement and, with that, announces Lange’s unique technical modus operandi, which is to introduce technically mind-blowing features that are as incredulous as they are logical. 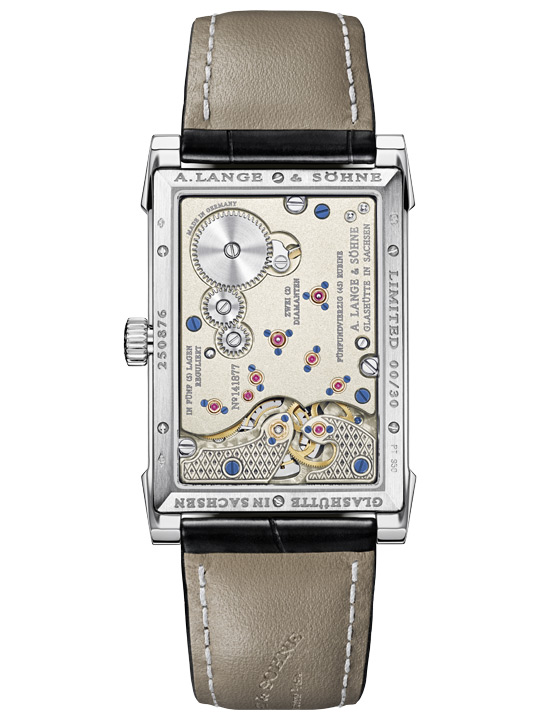 With the new Cabaret Tourbillon Handwerkskunst, the watch’s venerated technical stature is now brandished with beautiful hand-decorated finery. Here, the stately timepiece is encased in polished platinum with a gorgeous grey and white gold dial that displays mesmerising engraving and enamel techniques alongside the famed tourbillon complication. 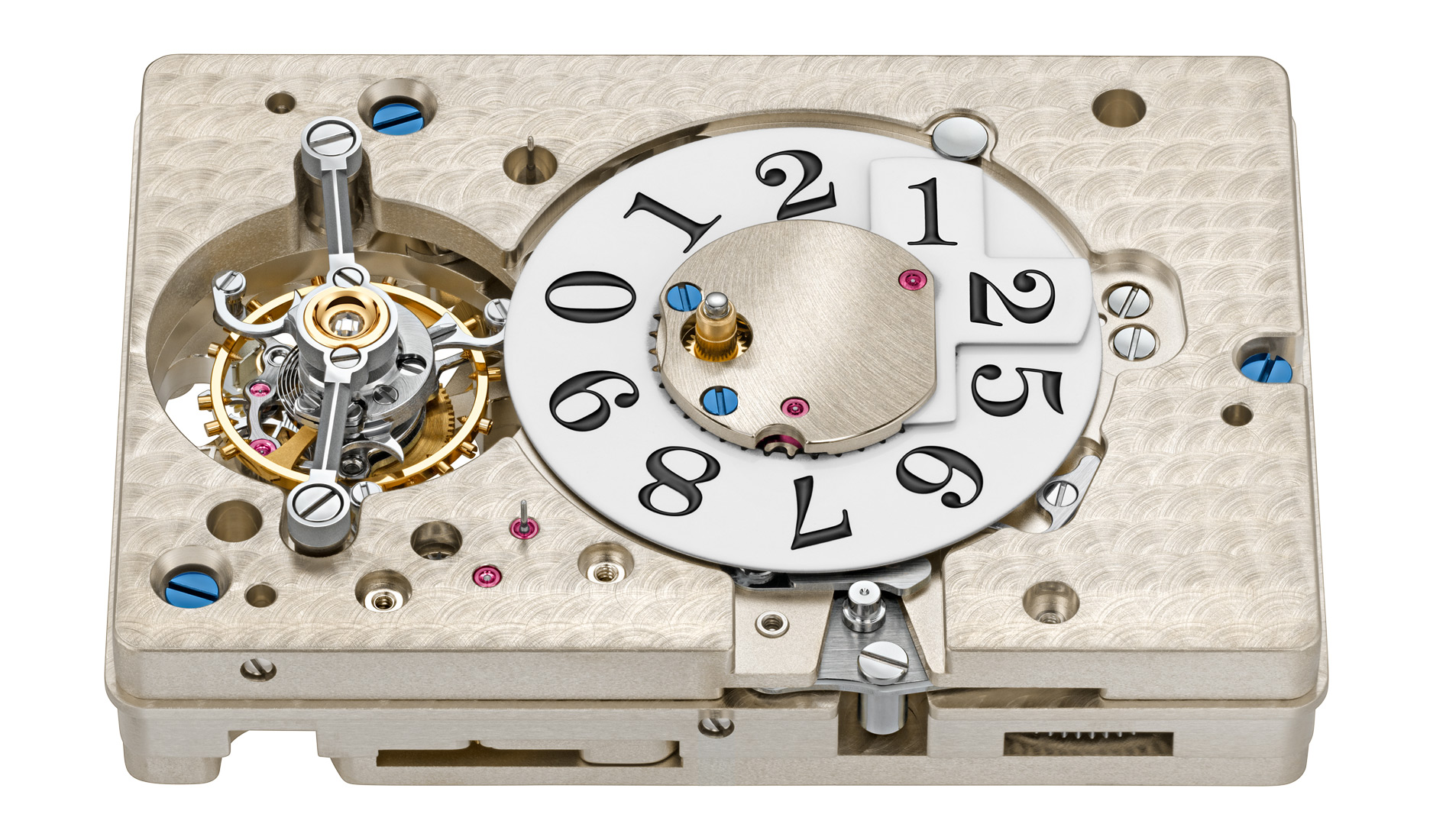 At the middle of the dial, set against Lange’s signature outsized date displays, is a hand-engraved lozenge pattern that is a riff on the shape of the watch’s Roman hour markers. Given its rigid lines and small margin for error, the lozenge motif is particularly challenging to engrave. Elsewhere, thin outlines of white gold to demarcate and frame the various displays – specifically the small seconds and power reserve sub-dials, outsized date windows, and tourbillon carriage - are decorated with tremblage engraving, a traditional technique where a burin leaves indentations all over the surface in multiple directions. To cap the multi-facetted decorations, Lange’s artisans apply a layer of semi-transparent enamel that imbues the dial with even more depth and lustre. 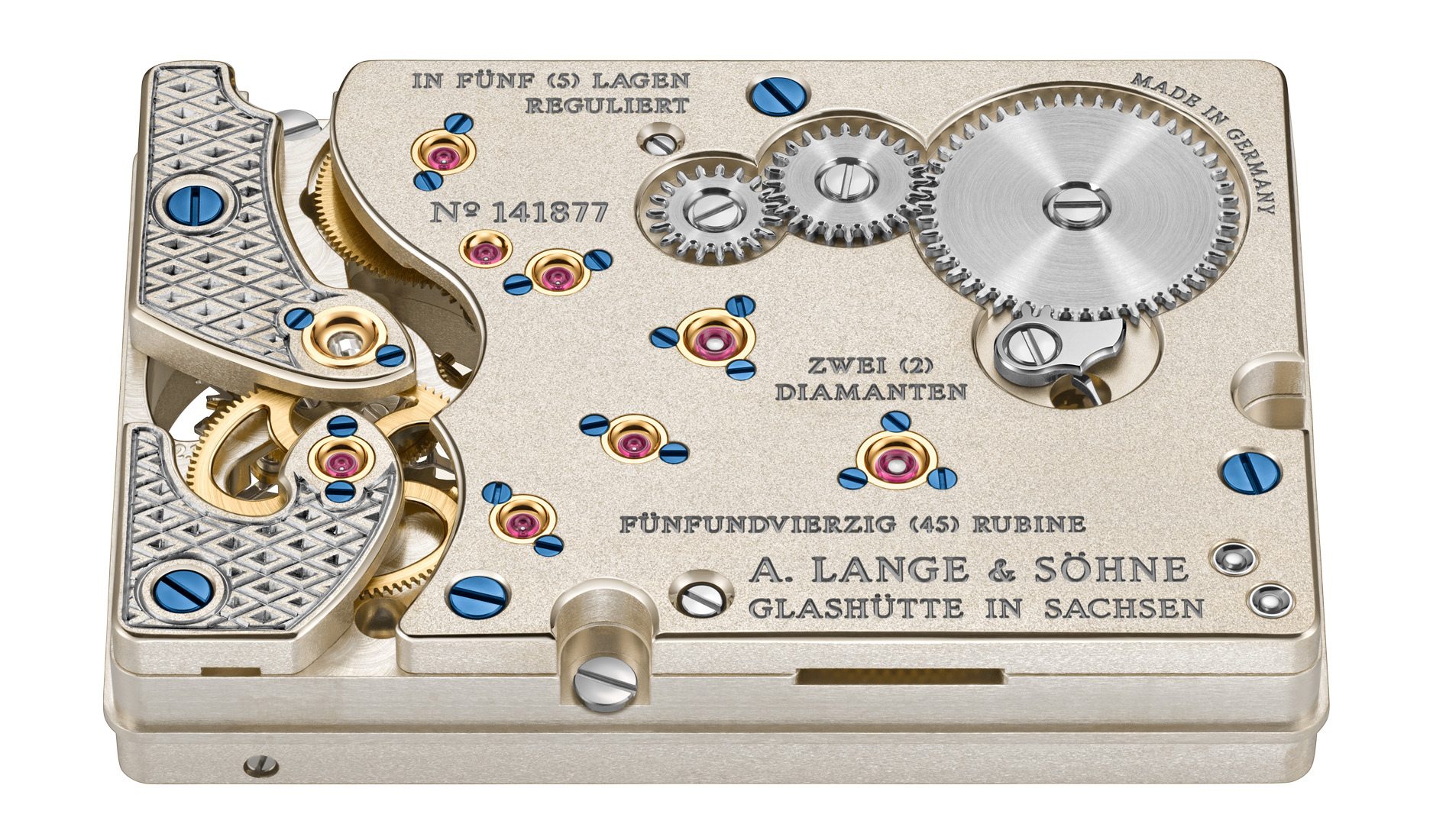 Limited to 30 pieces, the Cabaret Tourbillon Handwerkskunst is only the sixth Lange watch to be lavished with the ‘Handwerkskunst’ treatment, joining the likes of models like the Lange 1 Tourbillon Perpetual Calendar Handwerkskunst, Richard Lange Tourbillon ‘Pour le Mérite’ Handwerkskunst and Zeitwerk Handwerkskunst. Certainly, an unabashed connoisseur-level tour de force created for collectors who appreciate deep dives into technical and artisanal horology. 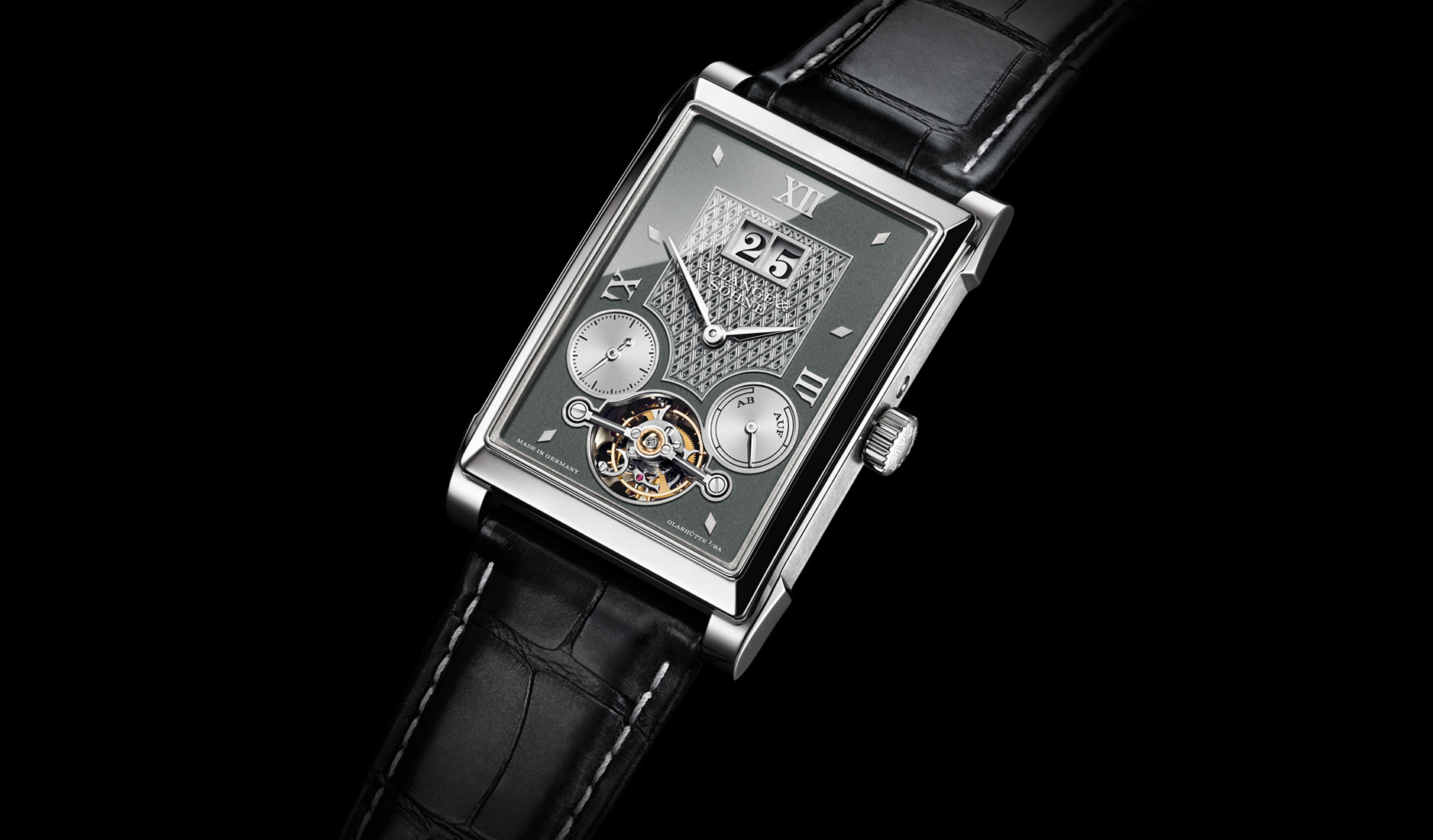